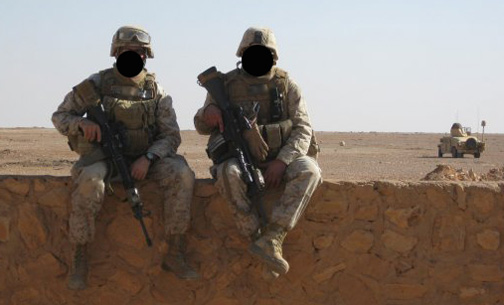 Anyone that’s been on deployment or in prison (pretty much the same thing) will tell you that you need to find a hobby for the down time. Its non-negotiable, you need something to do to stay busy and keep sane while not outside the wire.  It’s not just something a supply Fobbit should do, its something everyone should do. First off, let’s discuss the mind numbing boredom of being downrange. For those of you trapped in the Hollywood view of war, here is a spoiler: the global war on terrorism isn’t nonstop combat. If you wanted to make an authentic war movie, make it twelve hours long with only one 30 second firefight scene. Make sure at least one hour is spent with guys standing by for a formation, bullshitting about strippers and how much the command is jacked up. Add another hour of the brave warfighter police calling the entire FOB before some annual sexual harassment classes. Mostly just a really long movie showing pissed off twenty something’s arguing about who is the best pornstar while walking to the chow hall, and sitting in the smoke pit discussing how they are going to spend their deployment money when they get home. Add Facebooking at the MWR internet center, watching every movie ever made on your laptop, lots of masturbation and even more depressed sleep. Groundhog Day. Everyday. Unless you have a Patrol or mission to look forward to…but even that starts to become routine. There is no way to describe this kind of ennui (grunts: ennui) to anyone who hasn’t been subject to the tyranny of the moment while deployed and, unfortunately, you can’t just shoot at the local wildlife like a Legionnaire with Le Cafard (more’s the pity).

This leads us back to the aspect of prison hobbies. Inmates in the pen find things to do to pass the down time, and much as there is no shortage of down time in the slammer there is no dearth of it (grunts: dearth) in theater. In Jail, felons write stories, fashion clever shanks, take college classes, contemplate life,  plot revenge,  read books, discuss the finer points of violence, and jack steel in the yard so they can be stronger, faster, smarter criminals when they get out. So should you! Aside from bettering yourself physically, mentally, and spiritually, there are other things you can do to help pass the time, and maybe even help you out in the future.

Let’s look at some productive options. These might alleviate both garrison and downrange boredom.

Civilians love parachute cord so much, some internet commandos buy more of it then we do. They relish the idea of someday unraveling a “survival bracelet” to lash a Rambo knife to a stick, tie a hasty tourniquet, or merely to fix a broken boot lace while car-camping to show how Bear Grylls they are to a new girlfriend. Give a boot E-3 a roll of 550 cord, and he will make all kinds of stupid shit out of it. Key chains, zipper pulls, charm bracelets, one point slings, pace-count beads, hammocks, etc. I personally don’t have anything against the friendship bracelets some guys make and wear on deployment, but for some reason I despise seeing (most) civilians wear them…the same way some of us minions hate seeing civvies cover themselves with “morale patches” and designer shemaghs. You work at Applebees as a server dude. If you want to dress like an “operator” then enlist.  Otherwise you just look like a poseur. The point of all this is make survival bracelets on deployment and sell them on the internet to mall ninjas (or give them to fat chicks when you’ve decided to go ugly early).

2.      Write gear companies for samples and then review them. If you have a knack for writing, and are your unit’s resident Geardo, you will like this one. My recommendation is to just review the stuff you already have because you know it works. That way you don’t sound like one of those guys who’s skiving for free gear. That said, often companies will send limited samples out for free, and you can give them real world feedback either good or bad (this is much more likely if you have a proven track record and provide good imagery). They can use this information to refine designs and produce better gear for you, the doorkicker. Many like to hear the average Joe’s opinions and about how their product is holding up, so don’t be scared to let them know. You could go another direction with this, and start your own blog or be a frequent contributor to a reputable gun/gear forum. People want to know what you are using, what you are doing (always respect OPSEC) and what ideas you have to be a better gunslinger. Scout out the small and new companies, they will be the ones most eager to hear your opinions, may benefit most from the exposure and likely be the most responsive.

3.      Make prison shanks.  Or, more accurately, get mail order knife kits and build your own fixed blade. It’s a lot of fun, and you can sell the completed units to your teammates. An alternative of this is to get a Kydex press and make knife sheaths/ holsters. Your imagination is the limit to all the cool stuff you can make out of Kydex.

4.      Learn to play an instrument. The smaller the better, like the classic harmonica. Lots of guys ship their guitars over and mail them back home at the end of the tour. Remember that chicks love guys with long hair, a guitar and a motorcycle. So two out of the three ain’t bad! Just be sure you find a secluded place out of earshot to practice. Nobody wants to hear your painful attempts at music, you broke-dick Bobby Dylan.

5.      JOB HUNT! If you are planning on leaving the service after this tour, plan ahead. Yeah, the grass is greener out in the real world. But it’s also a cold and uncaring place for vets. People aren’t just going to hand you a sweet 100k job just for being a former trigger-puller, no matter how much shit you broke and how many assholes you killed. Soul search what you think you want to do, than internet search the shit out of it. Be sure of your choice, and plan ahead. Start refining your resume, or if school is your choice, (a good one) start talking to their veterans assistants via email. Explore what options you will have from the VA and other associations that support us. Make back up plans, and ask your people back home to start asking around for you.  Finding a good job after you get that DD-214 is as much about who you know as it is what you know.  Remember, never fall in love with a Plan, it will only break your heart.

SO. There are some options. I’m sure you knuckledraggers get the idea. There is more to deployment life then just waiting in line to log onto facespace, buying new bootleg DVDs to escape to or finding interesting new places to beat off. Go play chess, write bad love poems on MRE cardboard, keep a journal of your own experiences. The more engaged you are with your hobby, the better off you will be while away, and also the more level headed you be on your long awaited return home.  Turn to it, and stay sharp. 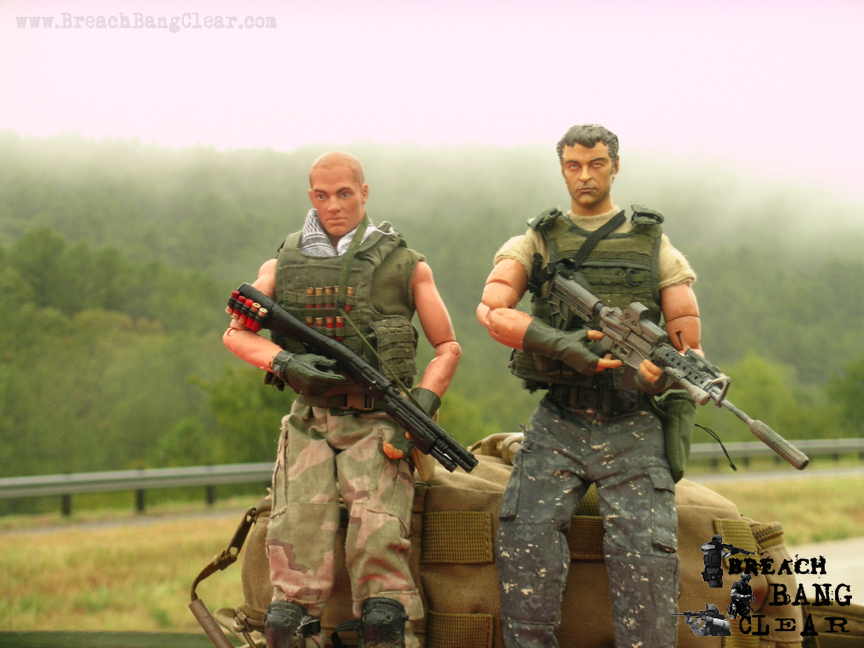 One thought on “Prison Hobbies for Fun and Profit”