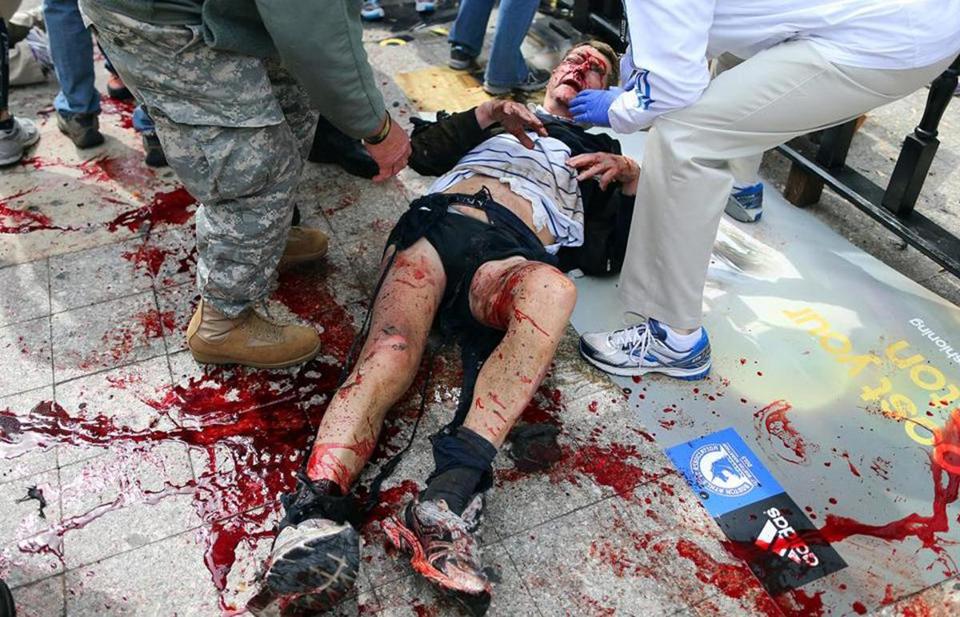 Yesterday we started a series that proved as popular as we’d hoped; it seemed to generate a lot of discussion. The question was, What can the average American do to be as pragmatically, practically and realistically prepared for an event like Paris, Boston, Madrid, etc.? Our hope is that this discussion will 1) reach people who might otherwise not have considered such a question the way “we” do and 2) to bring up some points the choir might not otherwise have considered (in case you missed it, that’s a “preaching to the choir” reference). Here’s Part Two, with more from our editor and more importantly from Kyle Lamb and Greg Ellifritz. Hope you enjoy it, and we sincerely hope you never have to practice any of it.  Mad Duo

Continued from Part One. Part Three is here. Part Four is here.

Perspectives: Wishful Thinking & Playing Dead is not a Plan (Part 2)

So, we’re discussing what the individual or specific family unit can do to prepare for an event like what happened in Paris last Friday. Can someone truly be ready? Not entirely, no. But we can take steps to mitigate disaster.

Note that this is not focused on the macro level. We’re not talking about politics here, nor are we trying to inflame passions with demagoguery. If you want to discuss what we can do about poverty, extremism, open borders, etc., that’s fine, but it’s for another day.

Let’s be candid for a moment. Bring it in close, and take a knee, I’m going to lay some knowledge on you: posting memes and making grandiose statements about how it’s “time to start killing motherfuckers” is neat, and gosh it makes you look hard on social media. But it’s not going to keep your family alive when pressure cooker IEDs start going off at the county fair. Know what else? Making a ‘Terrorist Hunting Permit’ your profile picture isn’t going to stop ISIS or anyone else. Fact is, unless you’re actually going to grab a long gun and go shoot some of these guys in the face, it’s just an exercise in self-congratulatory futility that makes you look foolish.

Know what’s not foolish? Know what will help you or your family? Making sure your son or nephew is as familiar with a tourniquet as he is with an X-Box controller. Take the time to teach your daughter or niece some basic soft skills so she’s as conversant with the concept of cover and concealment as she is with taking selfies. Strive to develop situational awareness in both of them. The best fight is the one you avoid because you were paying attention; sometimes the best way to contribute to the resolution of an event is to be a good witness later.

Most of all, get them to understand that it absolutely can happen to them, and when it does all immediate action is on them. Whether it’s stopping the threat or stopping the bleeding, no one is coming to save them — not soon enough, anyway.

None of the innocent people in Beslan, the Dubrovka Theater, waiting in line at the Chhatrapati Shivaji Terminus, running the Boston Marathon, sitting in class at Garissa University College or banging their heads in the Bataclan were expecting to get shot at or blown up. It’s well past time to be pragmatic about terrorist violence. It isn’t visiting soon, it’s here now. In an age of transnationalism, even secure borders and heightened security postures will not be enough to keep it from revisiting.

Prudence also tells us anything we do to prepare for a Paris-type event also prepares us for a carjacking, an active shooter at the mall and a ten-car pileup on the interstate. So what’s the downside? There isn’t one. 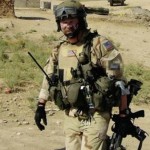 Here is my two cents. Pragmatically is Practical and Realistic, so when I think pragmatically I want to skip the fluff and get straight to the meat of the issue. First and foremost, carry a gun. Many of us pride ourselves on being the firstest with the mostest, when in reality many of the braggarts don’t even carry the pistol they supposedly have such mad skills with. If you are going to carry, carry. But what if there are businesses and areas that don’t allow you to carry? Avoid these businesses and areas. A great example for me are restaurants and gas stations, there are plenty that want your business that will let you carry so lets support those that support us.

Secondly, avoid sexy targets. Large groups of people are the perfect soft target for the Islamic Extremists that aren’t man enough to fight a real army so if you want to avoid the possibility avoid the crowd. 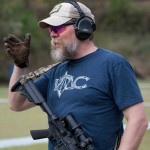 Lastly I must say this, don’t be afraid, live your life and do what needs to be done. If you scamper from light post to light post scared of your own shadow this really isn’t much of a life. Be prepared but don’t be scared.

SGM Kyle Lamb (US Army, Ret.) spent over 21 years in the Army, 15 of them with U.S. Army Special Operations. The vast majority of the latter were spent in a storied  JSOC SMU [Joint Special Operations Command Special Mission Unit]. During the course of his career he took part in combat operations on several continents, including many tours in Mogadishu (he was present for the “Blackhawk Down” incident), Bosnia and Iraq.  Since retiring in 2007 he has conducted training and provided training with his company Viking Tactics. He is a widely sought Subject Matter Expert not just on tactical matters but leadership as well. 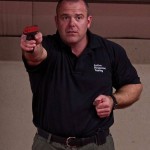 What can the average American do to be as pragmatically, practically and realistically prepared for an event like the Parisian terrorist attack? I would say there are three areas to look at…

The first is being aware of interdiction opportunities. This is the only strategy that is preventative rather than merely responsive. If we can interdict the terrorists before they attack, we get the most optimal outcome. How do normal people interdict terrorists? By being alert to what is going on around them. Large scale terrorist events are not improvised. Terrorists plan extensively. They must acquire equipment, recon the target, assess emergency responses, plan the attack, and facilitate an escape. Many terrorists will spend significant amounts of time doing reconnaissance work at their target. They will be taking pictures and video. They will be testing police response. They will be driving getaway routes. They will be purchasing guns, explosive components, comm gear, and body armor. You could notice any of these activities.

If you see something that looks like terrorist equipment or intelligence gathering, call the police! If you don’t get the response you want, call up the closest FBI office and ask for the local Joint Terrorism Task Force. They will be interested in your information.

The second thing is to routinely carry your gun. Most folks who have carry licenses don’t carry their guns all the time. That has to stop. The quickest way we can stop a terrorist attack is to immediately kill the terrorist. There aren’t enough cops on duty to be able to do that. You are on your own. Carry your damn gun and know how to use it!

The final area to focus on is learning how to provide medical aid to the victims of an attack. An attack of the magnitude of the recent Paris strike will quickly overwhelm medical resources. You should be able to treat yourself in the event you are shot or blown up. It would be even greater if you could provide aid to other injured folks. If you don’t know how to apply a pressure bandage, tourniquet, or chest seal, you are unprepared for terrorist violence. Get yourself to a tactical medicine class as soon as possible. 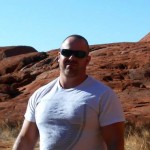 I’d love to see the terrorists interdicted before their attack. If that isn’t possible, I’d like to see an armed citizen shoot them all in the face as the attack is initiated. And if none of that happens, I’d at least like to see everyone able to save the lives of the injured. Combining all three plans creates a legitimate response to terrorist attacks.

Greg Ellifritz is a veteran police officer with over 2 decades of service, and one who has traveled extensively around the world to many remote locations (including some rather unpleasant ones). He’s a master instructor in a wide variety of weapons and is widely sought after as an SME in topics as varying as extreme close quarters shooting and post-collapse medicine. He is the lead instructor for Active Response Training through which auspices he instructs civilian, LE and military students around the country. Interested persons would do well to check his website at least once a week for his regular Weekend Knowledge Dump.

Continued from Part One. Part Three is here. Part Four is here. 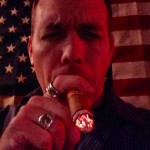 About the Author: Someone has to corral the writing team, handle business expenses and bail the Mad Duo (and their minions) out of jail. For years the Pentagon, JSOC and the International Association of Chiefs of Police sought an impeccable man to lead the pedagogic and frequently obstreperous team of Breach Bang Clear writers. They needed someone charismatic, a warrior, able to maintain mental acuity under the worst stressors. Unfortunately the program suffered severe budget cuts so they ended up with David Reeder. Reeder founded Breach-Bang-Clear quite accidentally at his young son’s behest several years ago. He is the Mad Duo’s Chief Wretched Flunky and Breach-Bang-Clear’s HMFIC. A LEO for many years and former AF Security Forces SNCO, he was an O/C at the National Homeland Security Training Center for many years a MOUT instructor at the Bold Lighting UWS. Reeder has appeared on Fox News Business and written for a number of publications, from US News & World Report and Military.com to OFFGRID Magazine. You can read more about him here. Follow him on Instagram, @davidreederwrites. 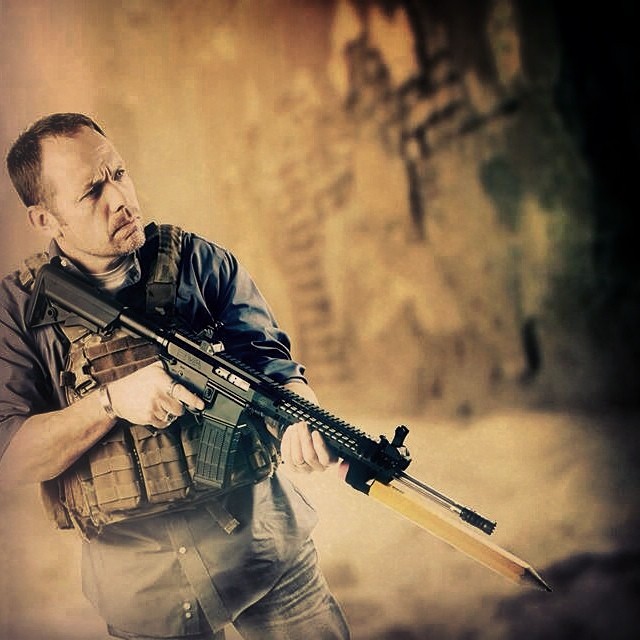 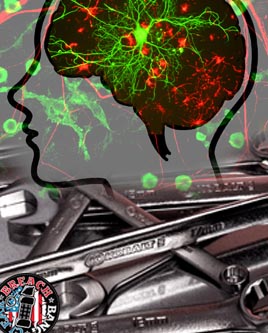 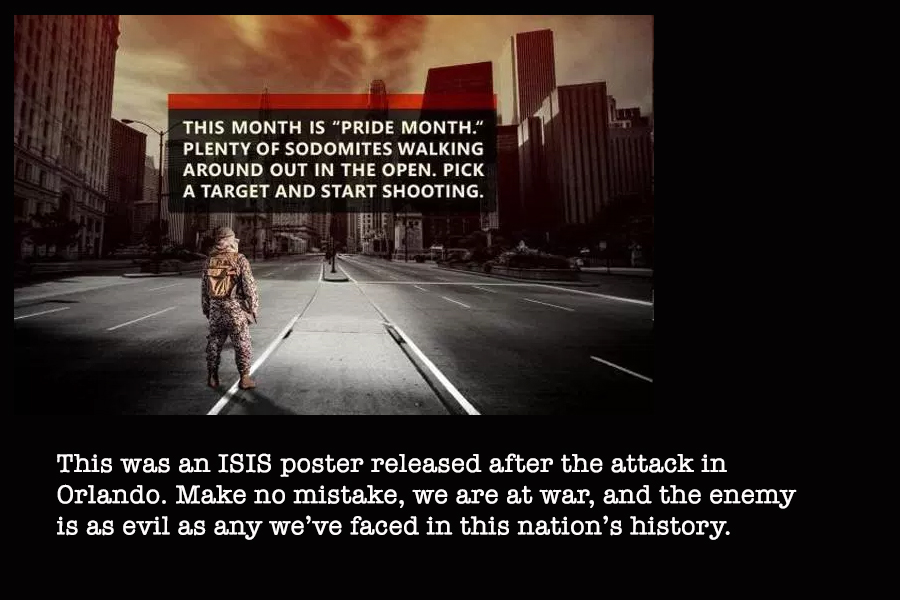 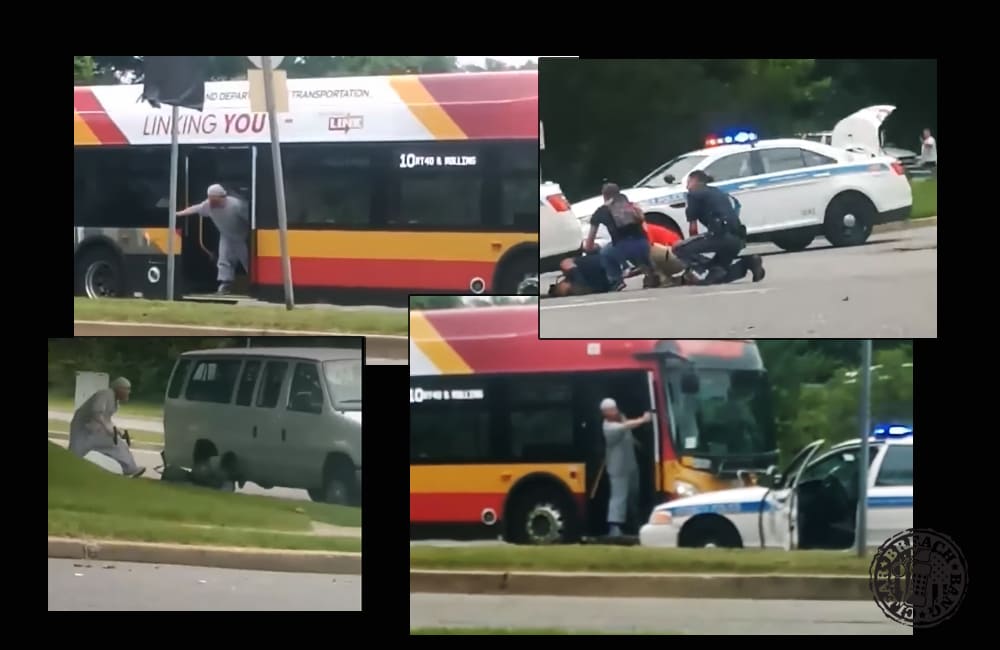 16 thoughts on “Perspectives: Wishful Thinking & Playing Dead is Not a Plan (Part 2)”