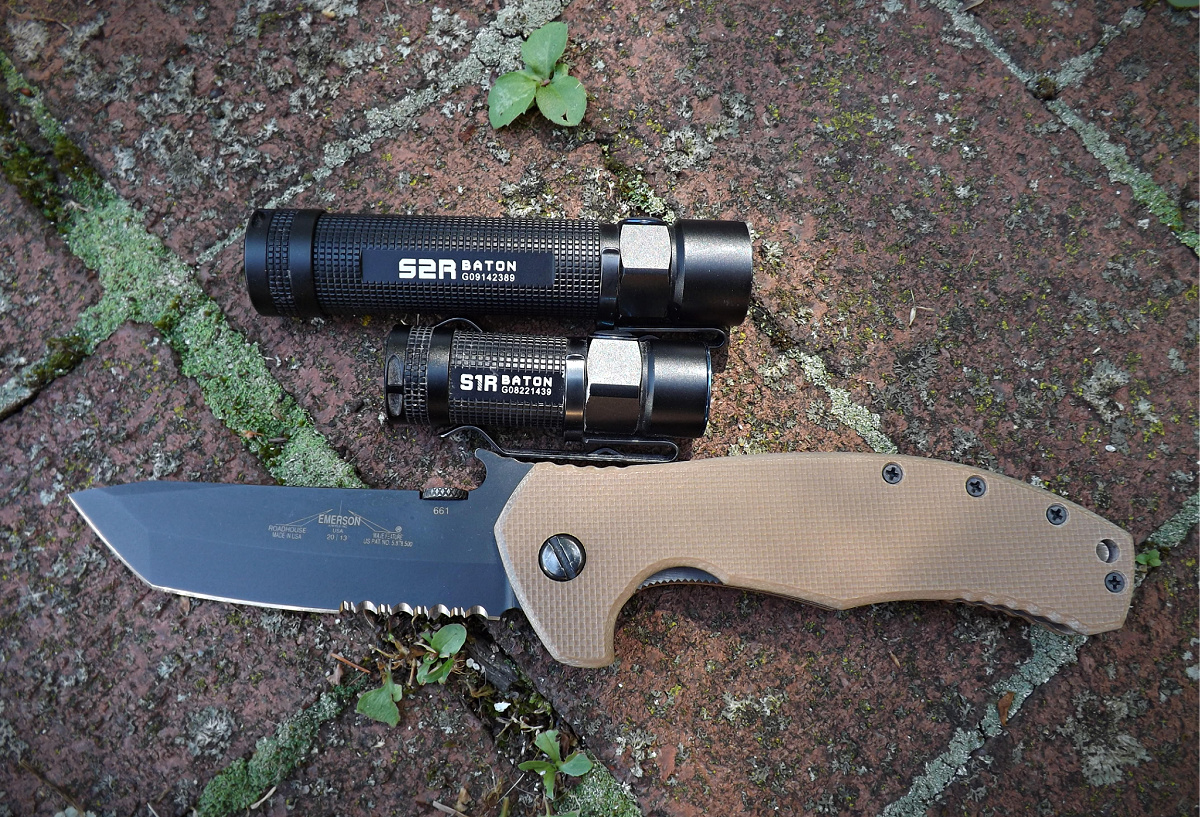 Olight Flashlights markets flashlights that are advertised as high performance, affordable, and durable. This review will let the reader know what he gets for his money by looking at two of Olight’s offerings, the S14 Baton and the S24 Baton. 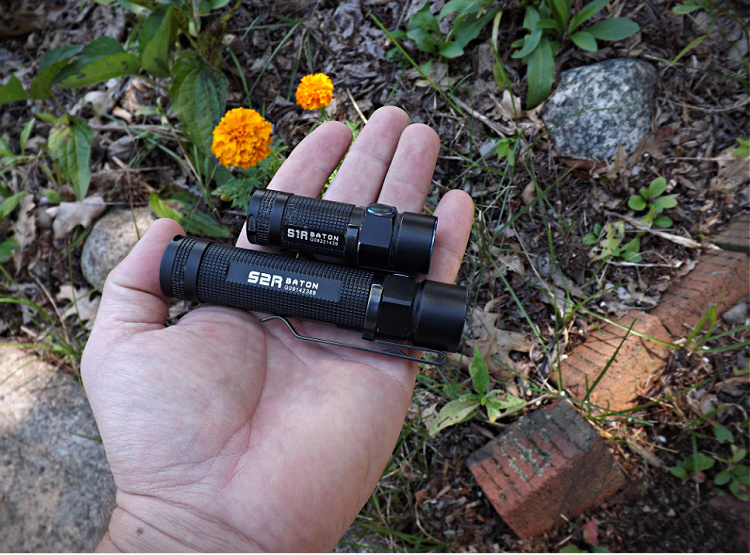 The lights are compact, especially the S1R. 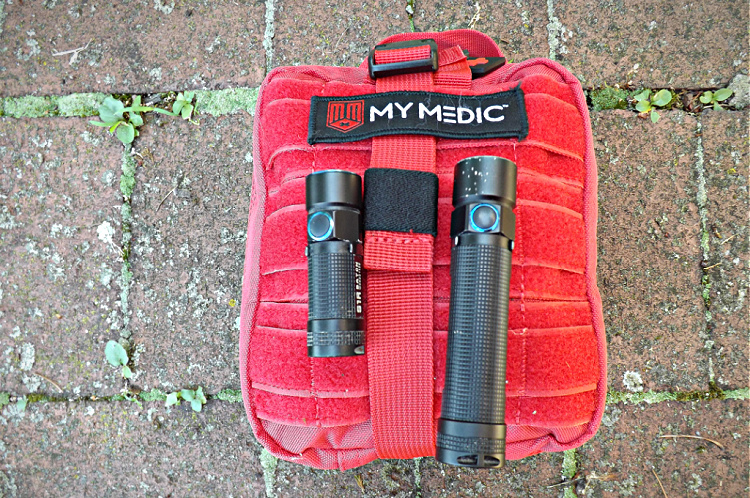 A good light should be mandatory for all medical kits, since emergencies seem to happen at the worst possible moments.

The first light is the S1R Baton, which measures 2.6 inches, making it a very compact light that easily fits into the pocket with the included pocket clip. The bezel diameter is .83 inches with a weight of 1.9 inches. It’s a very small, lightweight light.

For such a small light, it really throws out some lumens. This light has five modes of operation that are scrolled through by pushing the activation button. The output of lumens varies with each power level, to include: 900 lumens (55 minute run time), 300 lumens (60 minutes), 60 lumens (4.5 hours), 12 lumens (33 hours), and finally, .5 lumens (15 days).

The output of this tiny light is phenomenal, it really performs. There is also a strobe mode to disorient an attacker.

All Olight flashlights have an interesting charging system. There is a charging cord with a magnetic disk attached that fits onto the tailcap of the flashlight. You just plug in the cord (to a USB plug) and magnetically attach it to the base of the light and let it charge. 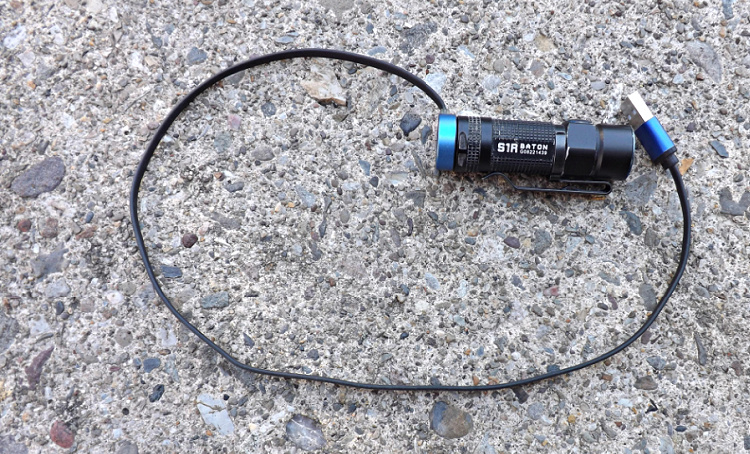 The recharging cable attaches to the magnetic base and plugs into any USB charging port. 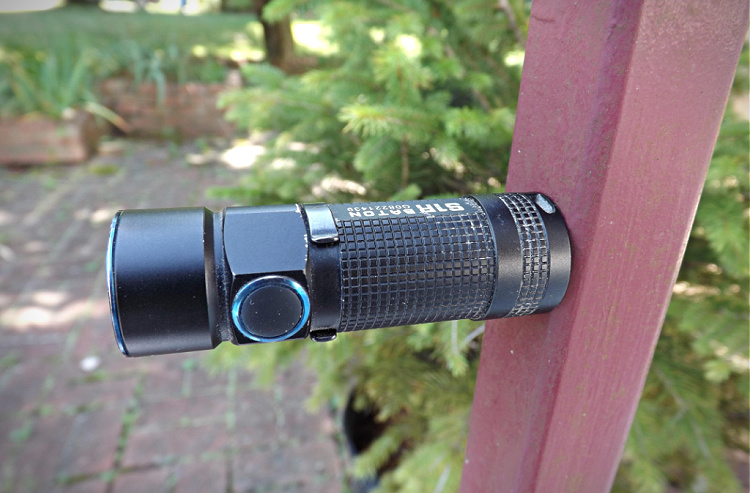 The magnetic base allows mounting to any metal object, which is a nice touch. Note the on/off switch near the head, which can be difficult to find in the dark.

The S2R Baton is larger, at 4.1 inches long, weighing 3.6 ounces, with a bezel diameter of .9 inches. Even so, it’s not a huge light, though it does fill the pocket.

This light, when at full power, really lights up things both far and wide. At the higher outputs, both of the heads of these lights really heat up quickly, and full power is not something the user will want to employ for a long time.

The small push-button switches are on the side of the light near the bezel, and they can be a bit difficult to find in the dark. As such, these would not be good choices for tactical use; I’d strongly prefer a tailcap for tactical use. For EDC type duties, it is acceptable.

Beyond everything you’ve just read, there is another glaring problem that arose. Both of these Olight flashlights stopped working after a few weeks of me receiving them (they were brand new directly from Olight). They just simply would not turn on, despite being fully charged. I had to send them back to Olight, who repaired them and returned them to me in working order, which they did free of charge.

Things were fine for a few weeks, and then the S1R (the light I carried more frequently due to its smaller size) again failed. It simply will not turn on when the switch is activated. It’s important to note that I did not torture test these lights in any way, I simply carried them in my pocket and used them normally. At some point when I have spare time, I’ll likely return the S1R Baton to have it repaired again.

The lights at Olight are made in China, and apparently, the quality control is not up to par in the least. So far, the S2R still functions, but I’ve stopped carrying it because I just do not trust it to work when I need it.

There are other users who swear by these lights and claim they are the greatest thing since sliced bread was invented. It appears that Olight products are hit-and-miss in regard to quality.

Worse still, Olight offers “Tactical” lights and weapon lights, and people are buying these things, mounting them on their firearms, assuming they will be good to go in lethal force situations. People are depending on these pieces of gear with their lives, and to me, that seems to be a disservice to those buying these products. I absolutely would not trust my life to one of these lights, there are far better products out there to choose from. Caveat Emptor. 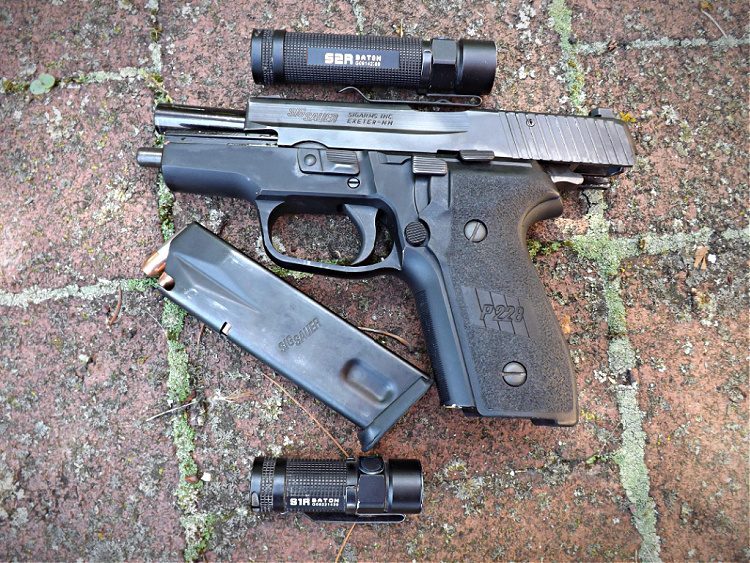 Criminals operate at night, making a light vital to being able to identify hostile targets. Unfortunately, Olight does not offer the reliability needed as a weapon light.