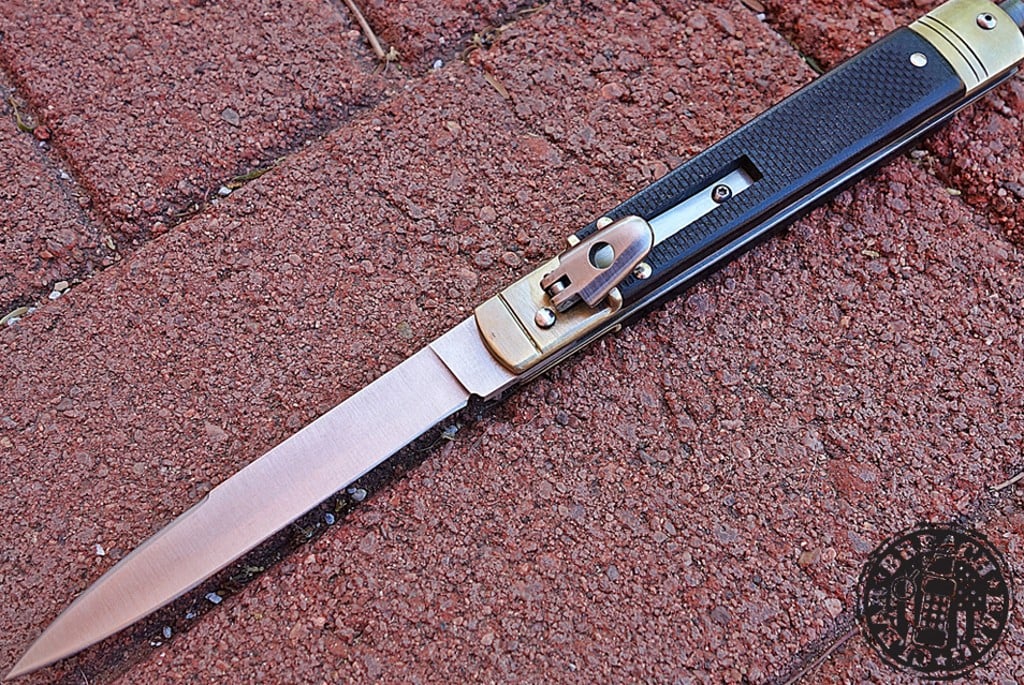 This edition of MNKF is about stilettos — and not the heels Tom and Jeremy wear on their shoes, neither. Mad Duo

This week we’re looking at a one-off “tactical stiletto” hand built by Chad Ruben of Ruben’s Blades. The blade you see here was custom built for the author as a proof of concept for a knife that could retain some of the classic elegance of the iconic switchblade while modernizing the feature suite. 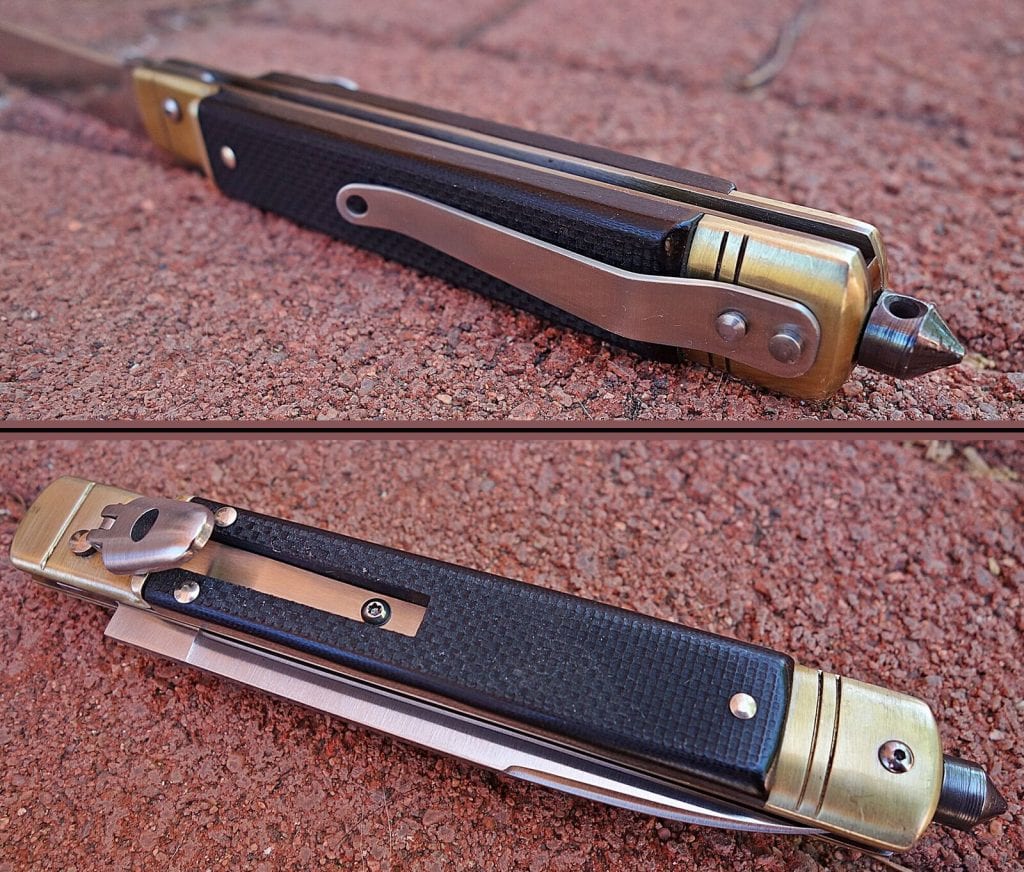 Ruben’s Blades, in its current form, has been around since 2012, but Chad Ruben made his first custom knife in 1995. Two years later he started Nemo Knives and ended up assembling knives for Frank Beltrame. These knives were assembled by Nemo Knives from Italian parts.

After working part time, then full time, then part time again as knife maker, Ruben moved to the Pacific Northwest and dedicated himself to the development of the Ruben’s Blades enterprise. RB knives are distributed exclusively by the team at https://autoknife.com in a variety of models and styles. In addition to his custom builds, he prototypes new designs, performs maintenance on other manufacturers’ auto knives, restores vintage autos and even converts traditional folding knives into automatics. Ruben’s Blades is the only shop that we’re aware of that provides all of these services under one roof as a turn-key solution for auto knives.

Our particular sample is a lever-lock automatic. It has an extraordinarily sharp and mirror-shiny 3.5” single-edge blade. The grip panels are black G10 with a sort of scaly texture cut into them. G10 has gained rapid popularity in the shooting community due to its ability to lock in your grip regardless of sweat, blood or mud.

The caps on either end are brass and the bottom cap has a glassbreaker tip dovetailed into it. We’re somewhat leery of hammer-fisting through a window with our bare knuckles right behind the glass breaker, but it’s an added capability if needed in extremis.

The action is tight and slick. When the lever lock is depressed, the blade jumps open with an audible snick and doesn’t wiggle a hair. Said lever can be snapped into an upward “safe” position to prevent accidental opening in a pocket or at other inconvenient times. 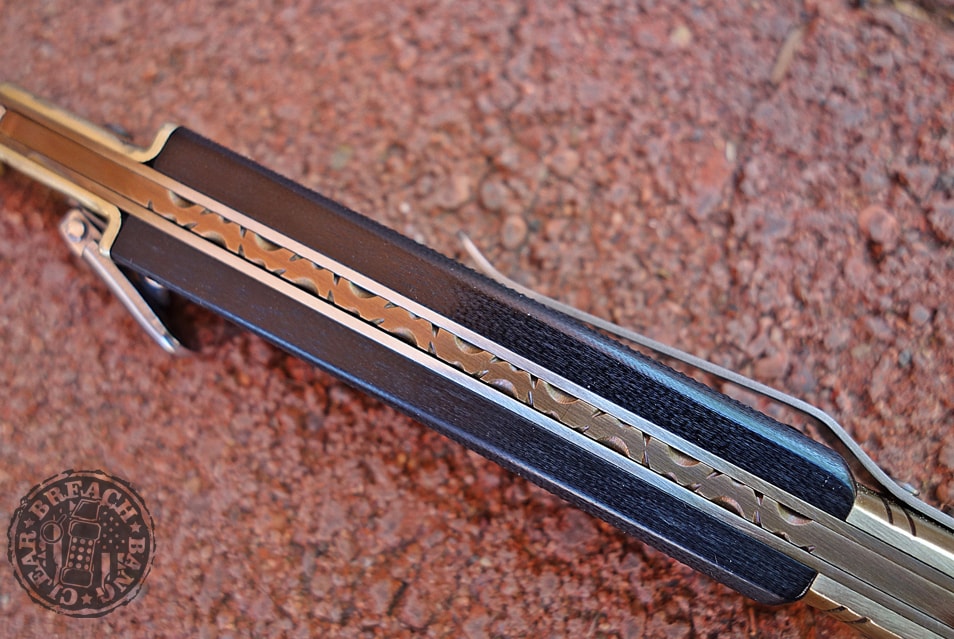 The attention to detail in this knife is self evident. The aesthetics are understated, but the parts are fitted to tight tolerance and the blade seems to glide on the bearings as you fold it closed. If you wear a Spartan helmet, sport a Punisher skull tattoo, or say “sheepdog” in real conversations with other adults, you may be tempted to scoff at the stiletto design as not operator enough. But let’s not forget that bangers and hitters from the Camorra and La Cosa Nostra have used stilettos to slit throats from Sicily to Hell’s Kitchen to the back alleys of Old Vegas. While there may be better knives for battlefields in the Levant or Maghreb, switchblades boast their own bloody history that’s noteworthy if not notorious. 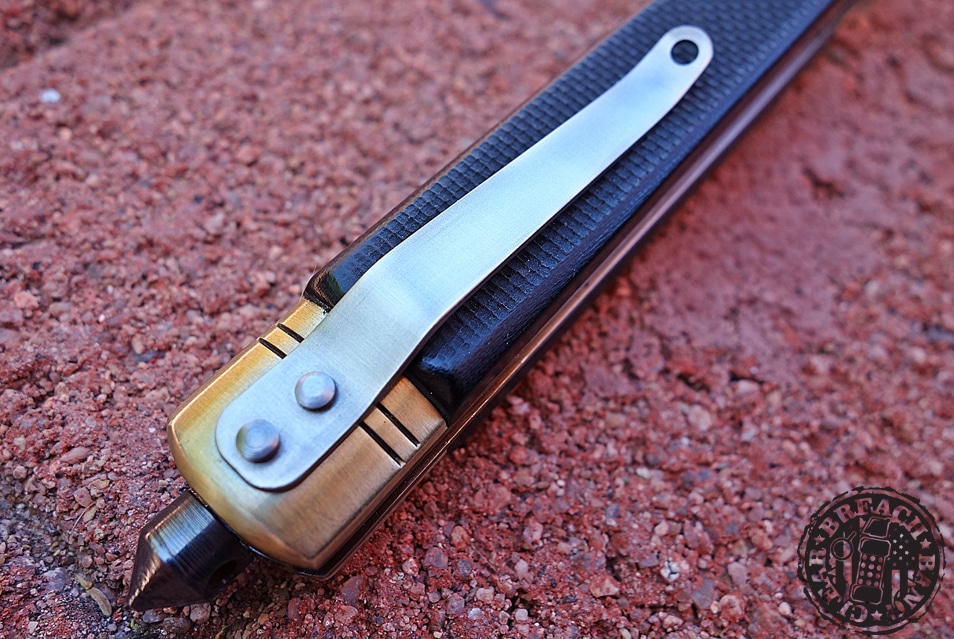 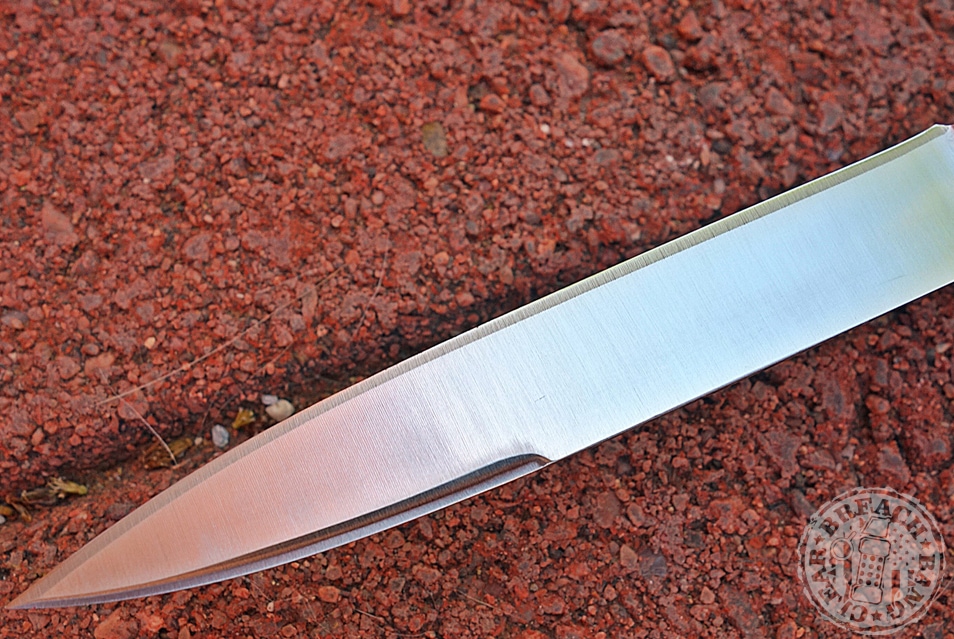 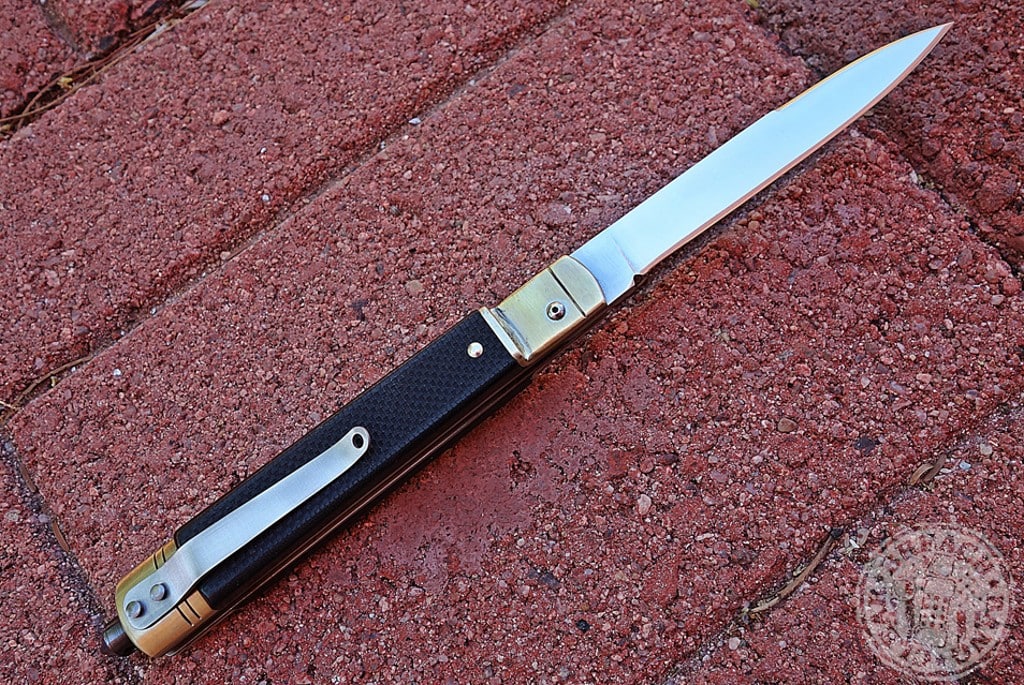 A Ruben’s Blades auto is more at home clipped to the inside of a bespoke blazer, vice the cargo pocket of our bleached out Multi-Cams. But that makes it no less respectable, and much more refined, as a blade that is both tastefully executed and tactically useful. You can pick up your own at AutoKnife, or reach out to Ruben’s Blades through Facebook or IG (@rubens_blades). 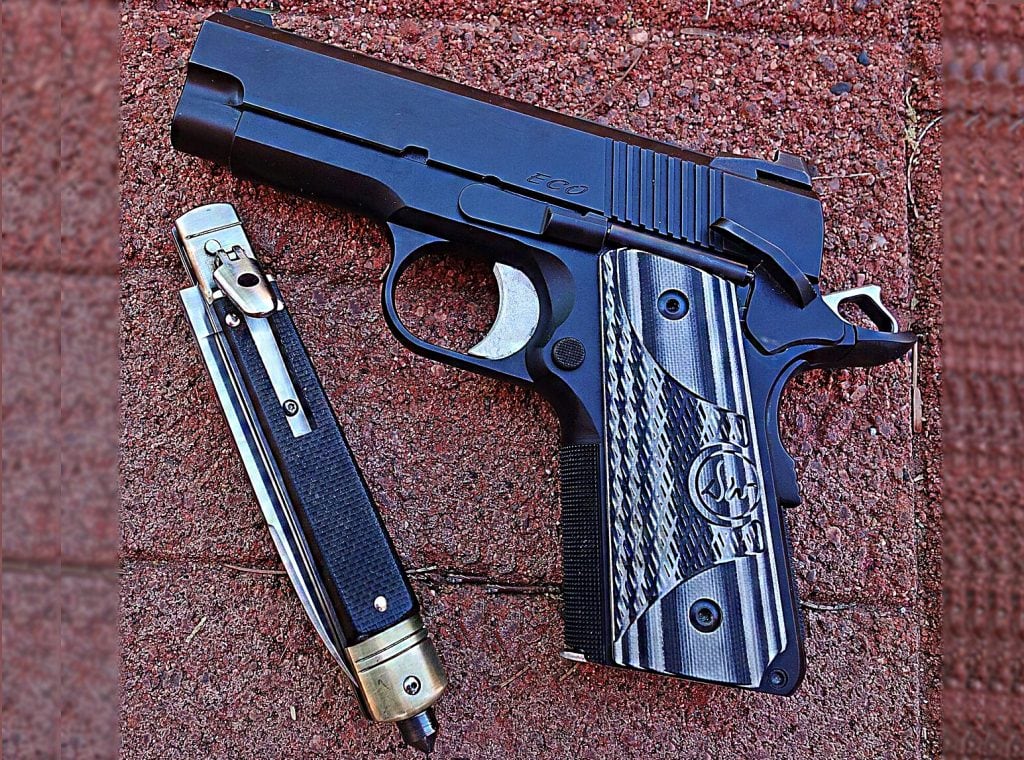 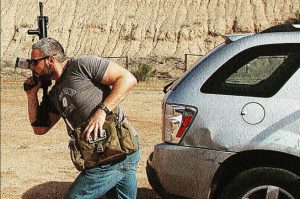 Tom spent four years in the Cavalry with a Stryker Brigade, including a one-year tour to Iraq with 4th BCT, 2nd Infantry (“Raiders”). Among other assignments he worked S-3 before taking over a Recce Platoon. He earned the rank of Captain and spent his final year in a HQ Company XO billet. After departing the military he spent about a year and a half working security at a federally-contracted Corrections facility before going back overseas in a PMC job working security and force protection for government personnel working in high threat environments around the world. Tom has written for Guns & Ammo, World of Firepower, SWAT Magazine, Black Sheep Warrior, RECOIL Magazine, and Emerge Social, a PR firm specializing in digital brand management for firearms-industry clients. Despite being an officer we actually trust him (mostly) with a compass. Tom Marshall may or may not have been the inspiration for the best selling issue of Urecco. You can follow him on Facebook at /TMAuthor/ or on Instagram, @tom.marshall.author. 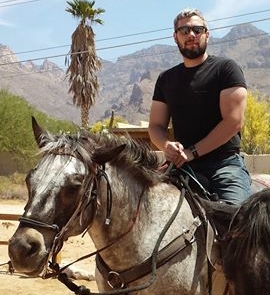 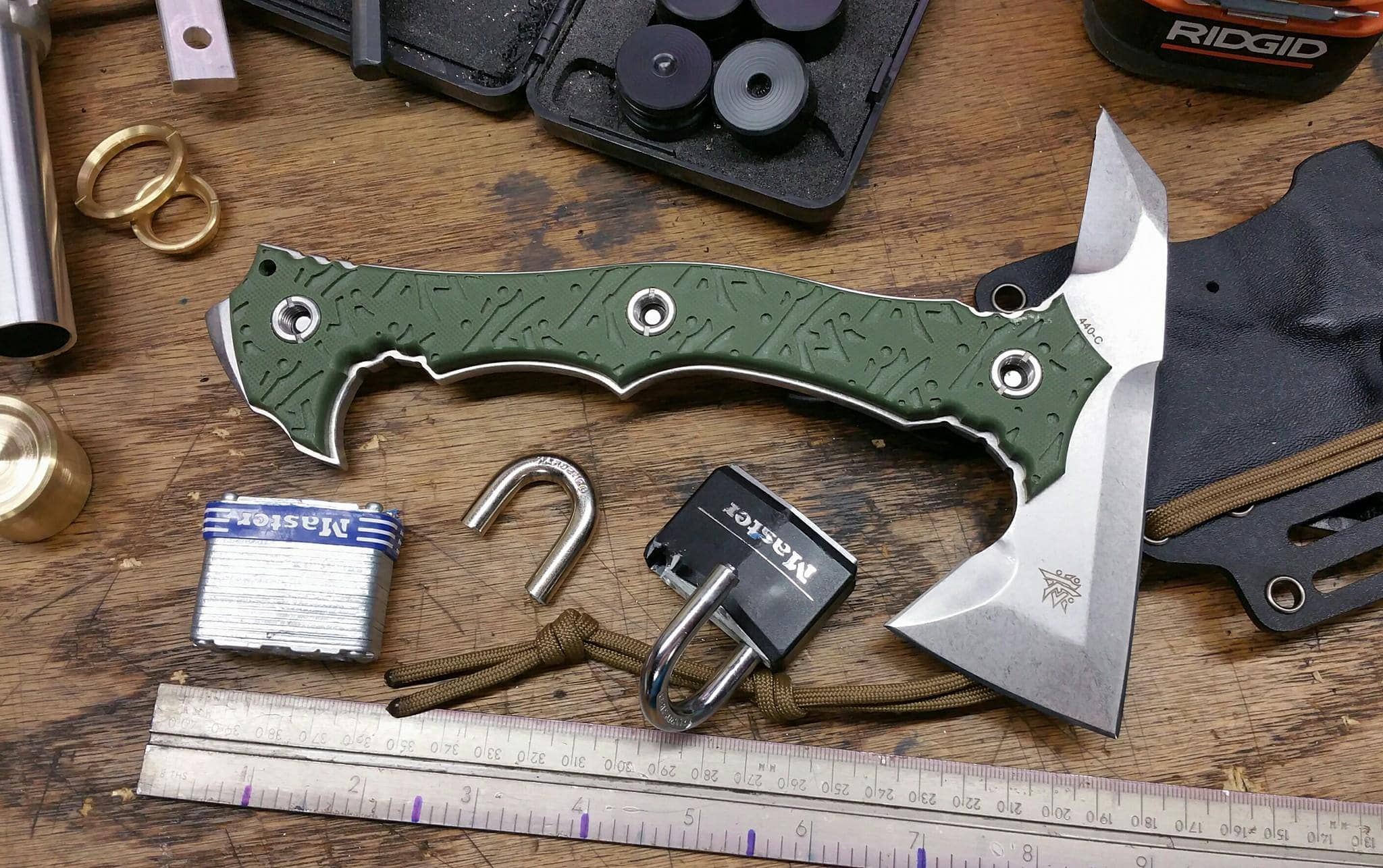