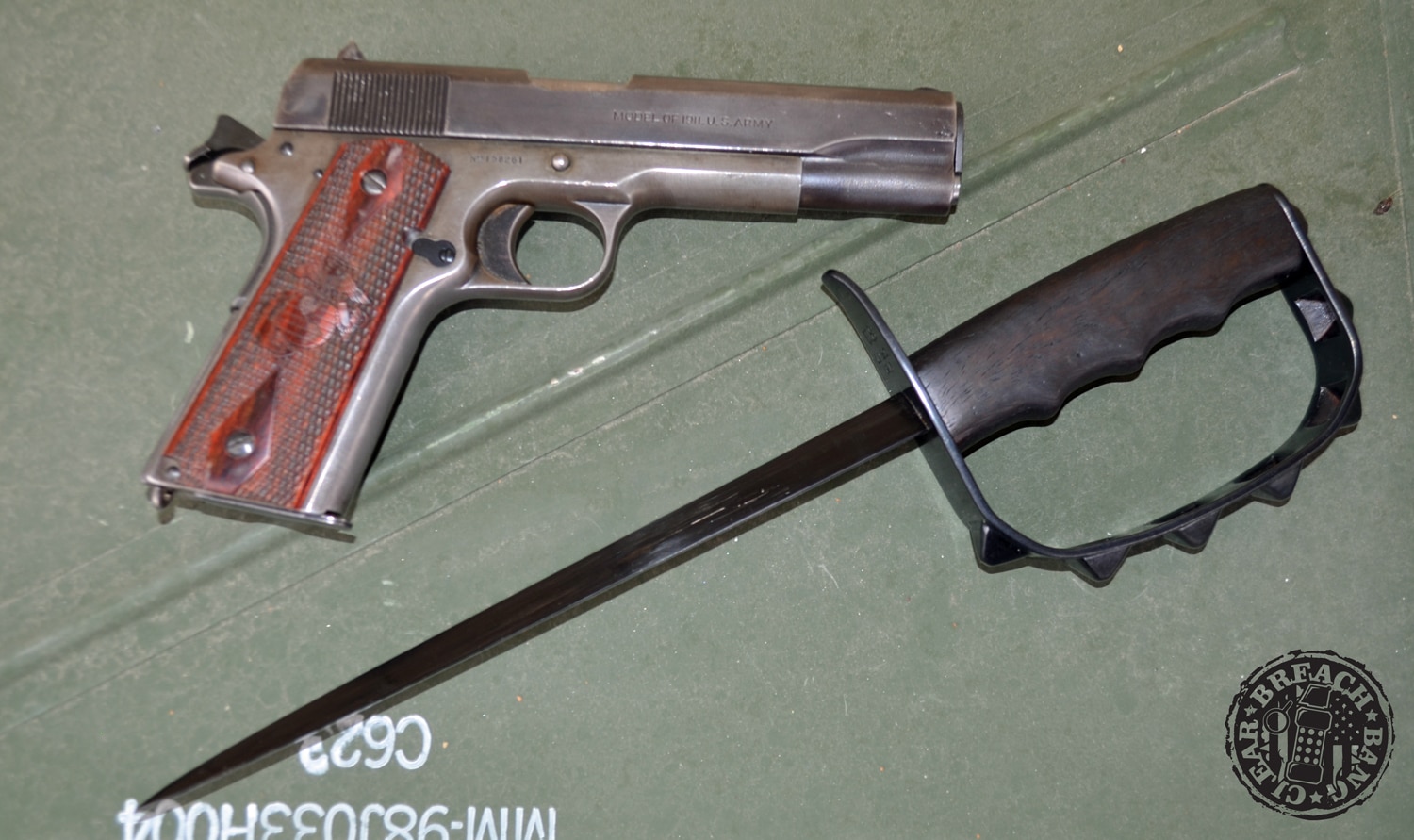 The U.S. M1917 trench knife was designed by Henry Disston & Sons and was first the official fighting knife adopted for military service. This was no knife for mundane tasks such as opening cases of ammunition or cutting paracord. This knife is intended for punching with its metal knuckle guard, and its trefoil-style cruciform blade was designed to stab the ever-loving hell out of “ze Germans”. 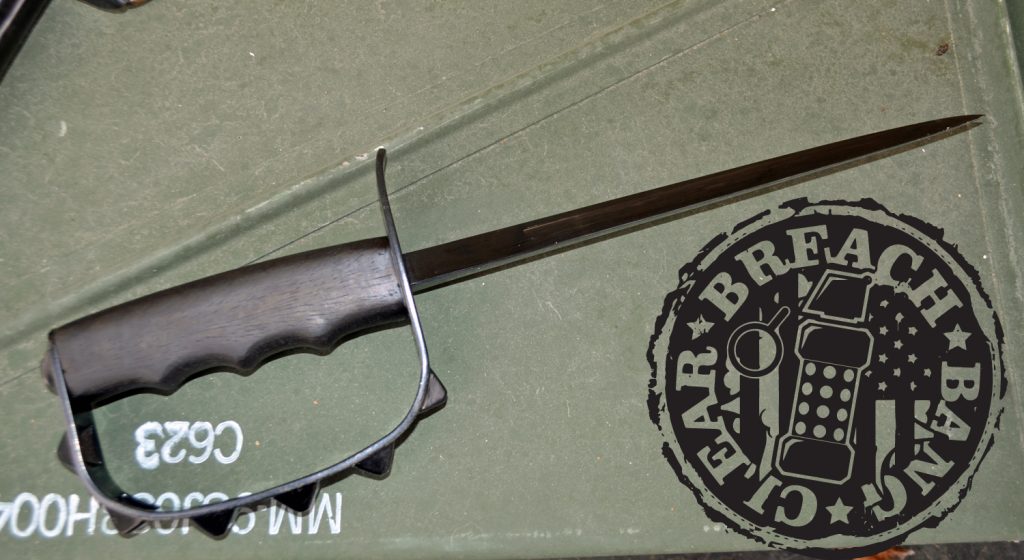 This style of the knife was based on designs used by the French Army for close quarter battle going back to the Franco-Prussian War. There is no edge to this knife; this is an old school cruciform or triangular bayonet, with a handle and knuckle guard added.

The knife pictured is perhaps one of the best looking replicas of the 1917 that we have ever seen. It is made by Windlass Steelcrafts of India and sold through Atlanta Cutlery. From having examined several original M1917s, we think this one is almost perfect, with the exception being the knuckles. The originals were solid and these are hollowed out for cost and weight.

As for the sheath; it is insanely accurate. Windlass manufactures swords for numerous military powers and has been in the game since the 1950s, so they know a thing or two about how these things were made and can reproduce them properly. 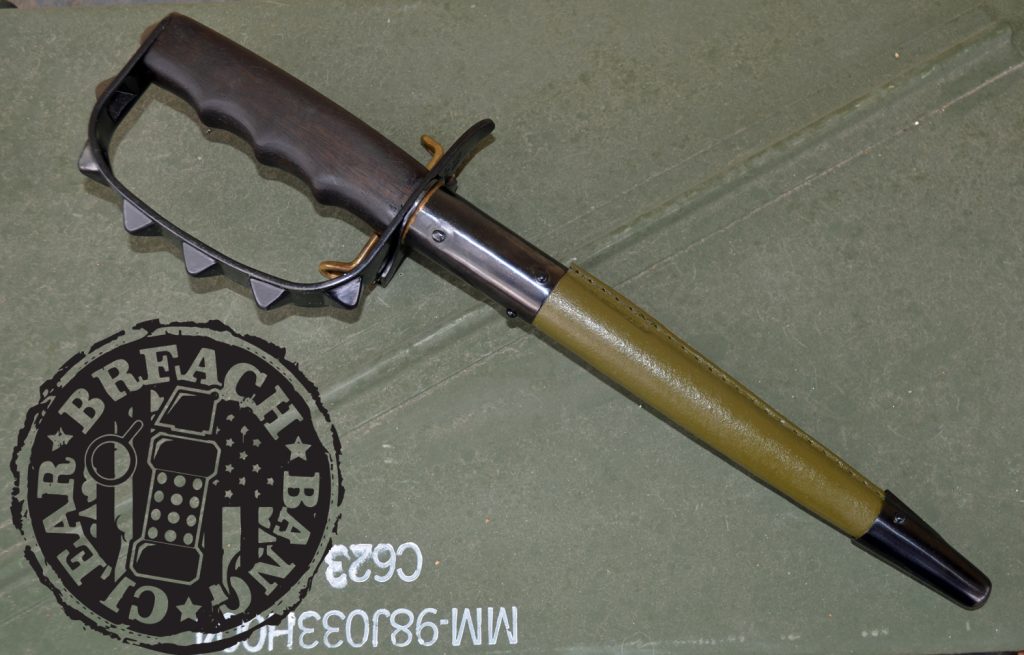 Like most military weapons from 100 years ago, there is folklore mixed with the design.

We get the knuckle guard, it’s to protect your dick skinner and as an aid to fisticuffs. It’s the blade that offers three possible origins. 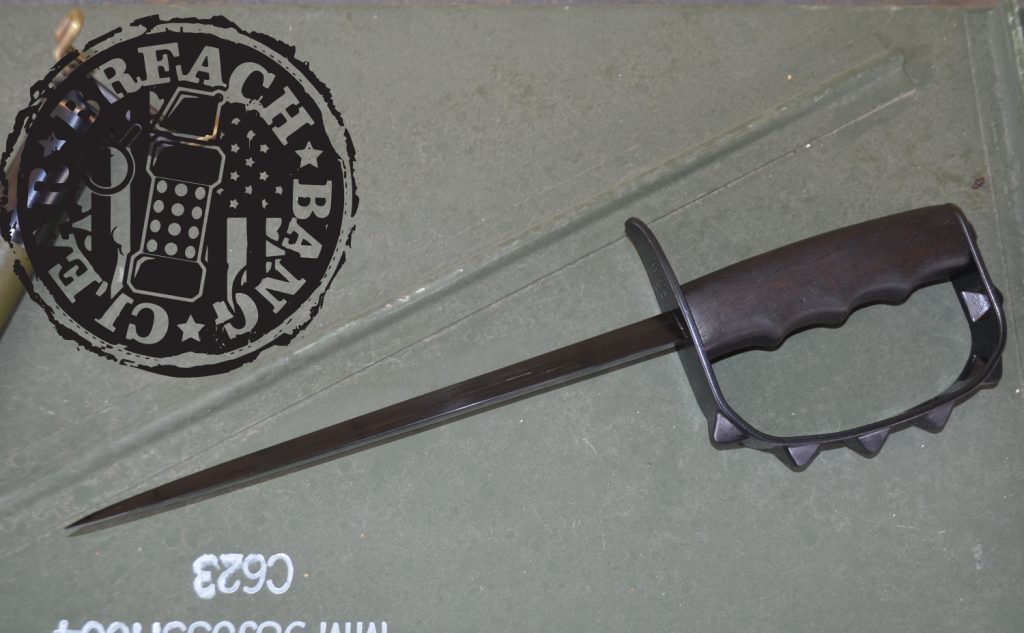 We do not quite buy the idea that these knives were cheaper to manufacture than a conventional blade. Perhaps in the realm of a forged vs machined blade, there would be no scale to remove, no grinding, finishing, etc. However, look at the Ersatz blade used by the Austro Hungarian Empire during the same era. It doesn’t get any cheaper than that. Yet, machined blades were still coming into their own at the time in the US, so perhaps there may be some truth here.

The superior strength argument seems plausible, and it’s why US Musket bayonets were created in the same fashion. The stronger cross-section prevents the blade from bending under torque or at least is supposed to.

In The Practice of Surgery: A Treatise on Surgery for the Use of Practitioners, Henry Redwood Wharton and Benjamin Farquhar Curtis wrote: “Bayonet Wounds.—These wounds vary with the shape of the bayonet with which they are inflicted—either the triangular-shaped or the sword-shaped bayonet. Bayonet wounds are said to be especially liable to be infected and cause deep-seated suppuration. The wound produced by the sword bayonet is of the nature of an incised wound, and heals more promptly than that produced by the triangular-shaped bayonet”. 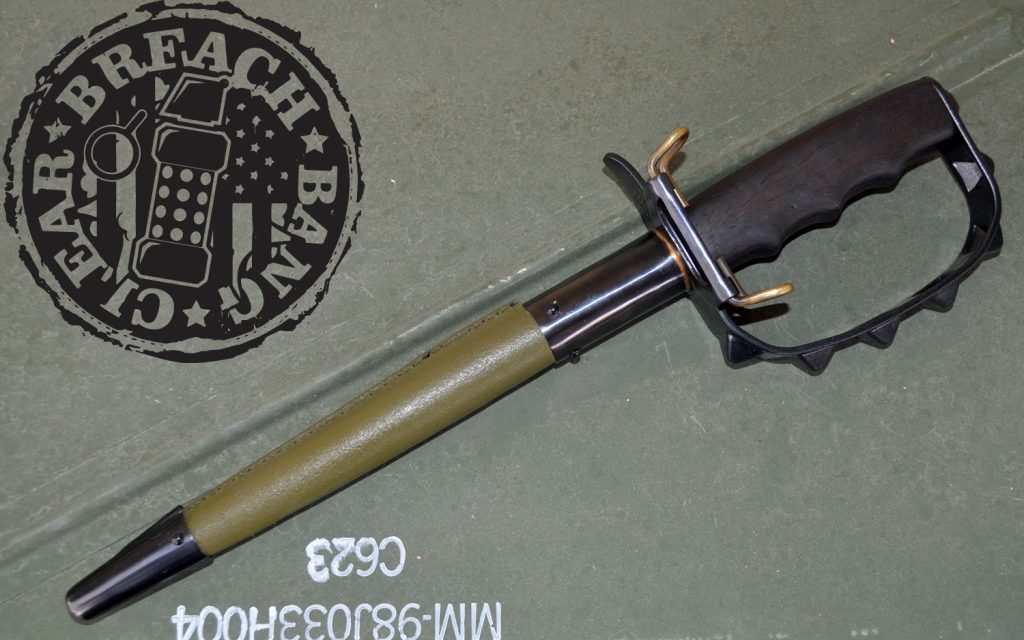 That book was written in 1902, by men closer to that kind of wound than any of us today. We tend to hold that was the primary reason why these knives were constructed as such.

Unfortunately, the M1917 proved unsatisfactory in service. Just like today, the troops wanted something more utilitarian as their knife-related tasks was many. With the possible exception of punching open a can of motor oil or spilling Jerry’s guts in the trenches, the M1917 and its successor the M1918 didn’t cut the mustard for them. 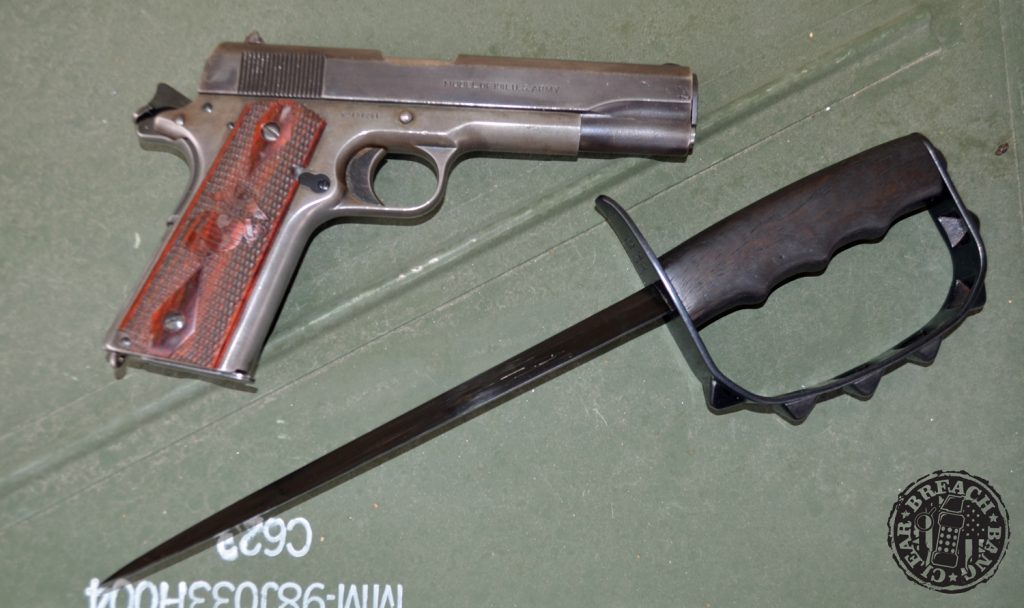 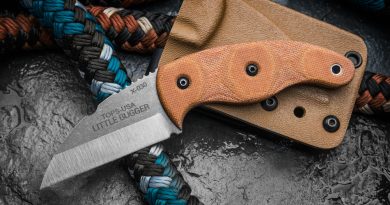 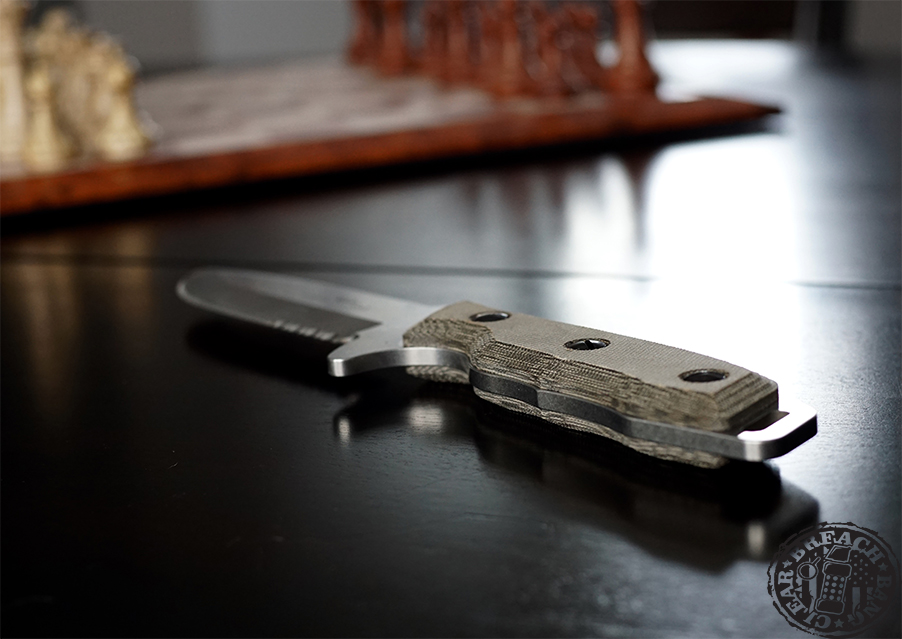 A Russki’s View of the Emerson Government Mule