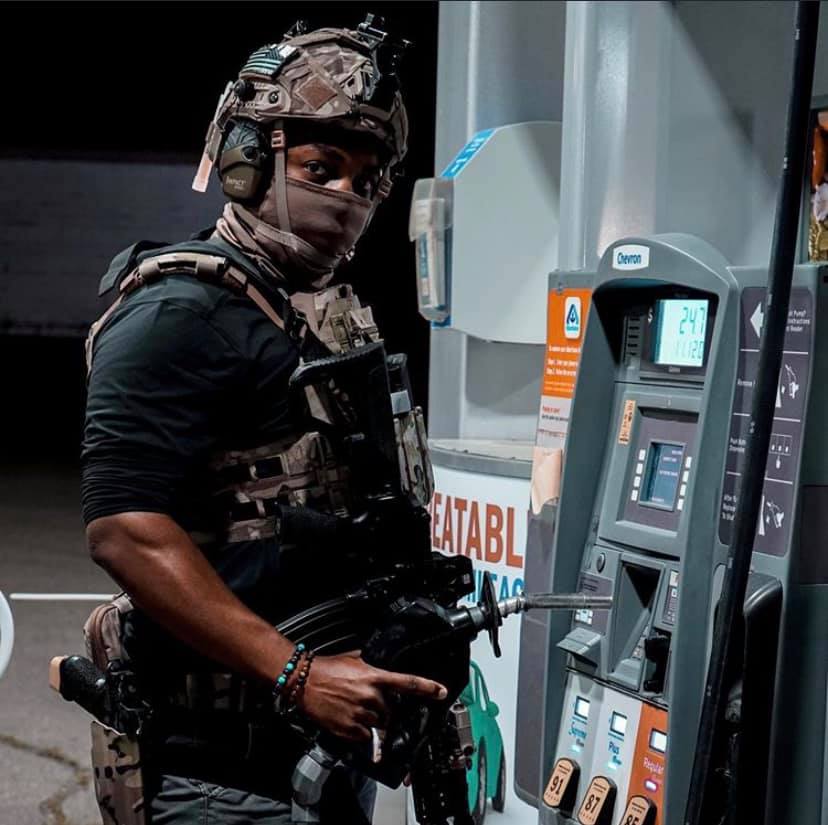 Plate carriers like the one you see above fulfill several roles in “our” world. Some fulfill their intended role. Some are used to make training more difficult or more uncomfortable against the eventuality they are called upon to fulfill their intended role. Many are intentionally used to be tacticool (note: we don’t include the guy you see wearing Shotstop above as part of the tacticool crowd; he just has a good sense of humor). A few of the latter, sadly, are thrown on without any plates or panels inside, and whether it’s a shit PC or the best plate carrier available. While this is pathetic, it does give us something to make fun of between those times when protesters set themselves on fire trying to throw a Molotov Cocktail at police.

Hello my baby, hello my darlin’, hello my ragtime gaaallll…

To reiterate. The dude at the gas station = good guy. The dude in the gif from the riot = fuckwit.

Anyway. Regardless of who is wearing the armor, however, there are a few points of commonality. Well, assuming they actually have armor in there. One of those is that they’re usually heavy and/or cumbersome. The other is that they’re expensive. At least the good ones are. Granted, you can find some relatively cheaply, but those are usually the ones that spall or throw metal splinters everywhere. In our minds, that sorta armor should be used nearly as a last resort. After a quality polymer or ceramic plate, for instance, but before hiding out behind a great big fat guy and shooting under his armpit. 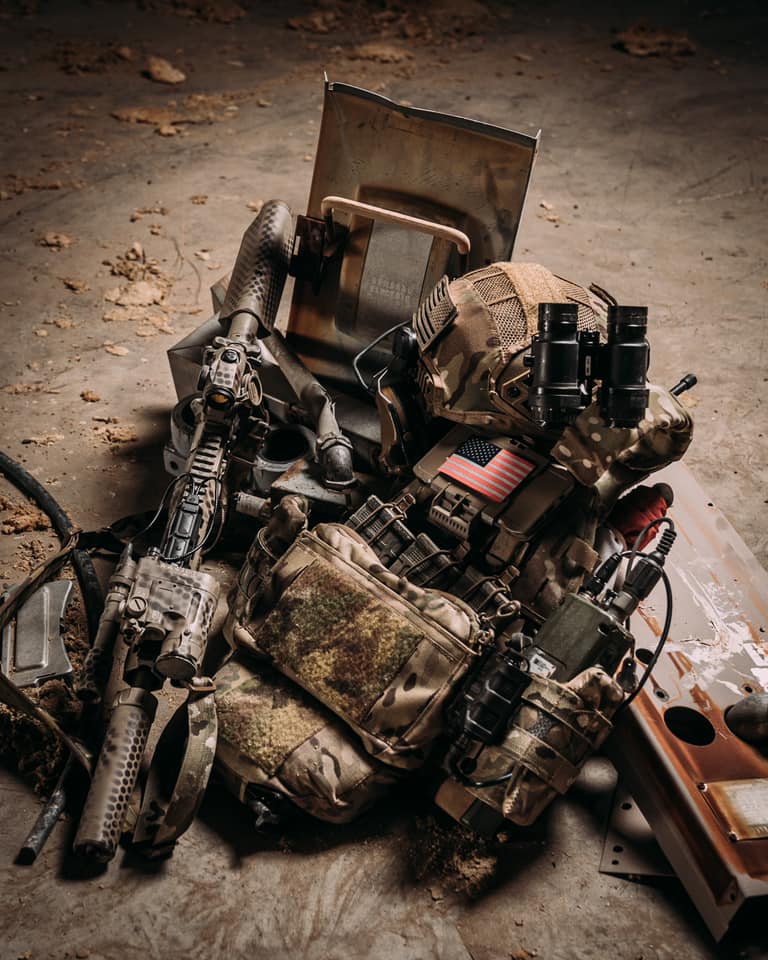 Lightweight level IV body armor (and some other appropriate gear) from Shotstop.

An Ohio-based “armor technologies” company called Shotstop may have an answer to weight and cost, and not just when it comes to lightweight body armor, but with regard to armor plates as well.

We say may because we haven’t worn their stuff (yet), nor have we delved too deeply into their ballistic testing (though they do have an NIJ certification, which is way better than what the fat guy we mentioned before can say).

They do this, in part, with what they refer to as Duritium technology. It’s a material they claim makes for the lightest level IV body armor available and appears to be a part of their recent bulletproof backpack inserts and guidance (see more at “Bulletproof Backpacks“). 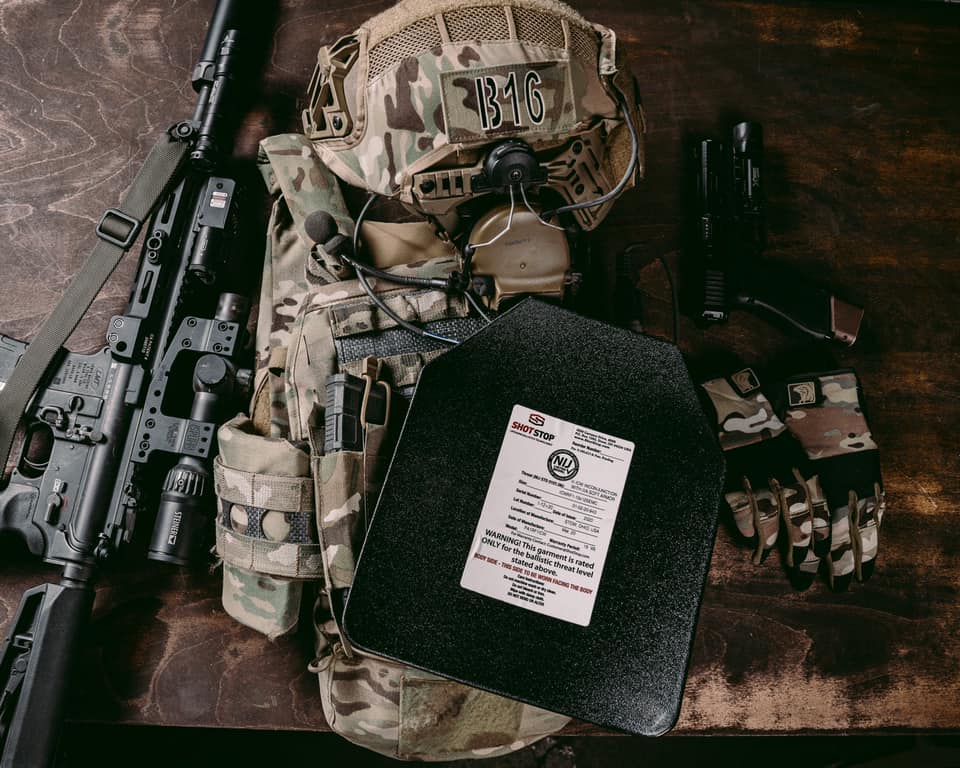 Here’s how they run it down in their own words:

The type of material that makes up body armor plays a significant role in how heavy it is. Below is a list of the various materials used to make body armor and how much they typically weigh per sq. ft.

While steel might be the most common and cheapest type of body armor out there, it definitely isn’t the lightest. In fact, steel body armor is typically the heaviest, weighing in at about 10.2 lbs per sq. ft., which is why body armor is so heavy—if you’re wearing steel plates.

Ceramic body armor is typically much lighter than steel plates, weighing in at about 5-6 lbs. per sq. ft. However, what you lose in weight, you also lose mobility. They’re also a lot more expensive for a product that can typically only stop a few rounds before shattering. So, while ceramic plates are much lighter than steel, given the lengthy period you’re probably wearing them, that weight adds up.

Despite the fact that polyethylene—generally made from a specific kind of polyethylene, called Ultra-High-Molecular-Weight Polyethylene (UHMWPE)—is the most common type of plastic used in the world today, it is not your cheapest body armor option. In fact, it typically costs more than steel or ceramic armor, but the added cost comes with 15 times the abrasion-resistance than carbon steel. Luckily, it is the lightest option, by far, between steel and ceramic, but still not the lightest option on our list.

Duritium is our patented technology, combining UHMWPE with composite materials for the lightest, thinnest, and most durable body armor—Yes, you read that correctly, lightest body armor.

Keep in mind they’re a part of our Tactical Buyers Club too! You might as well join and save some money on gear from this manufacturer and 3 dozen others. 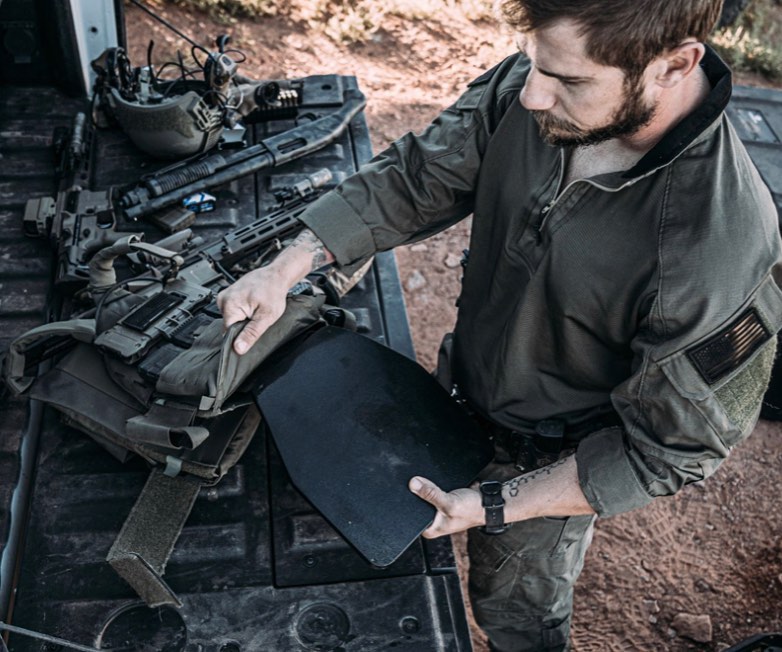 Prepping a plate carrier with ballistic plates from Shotstop. 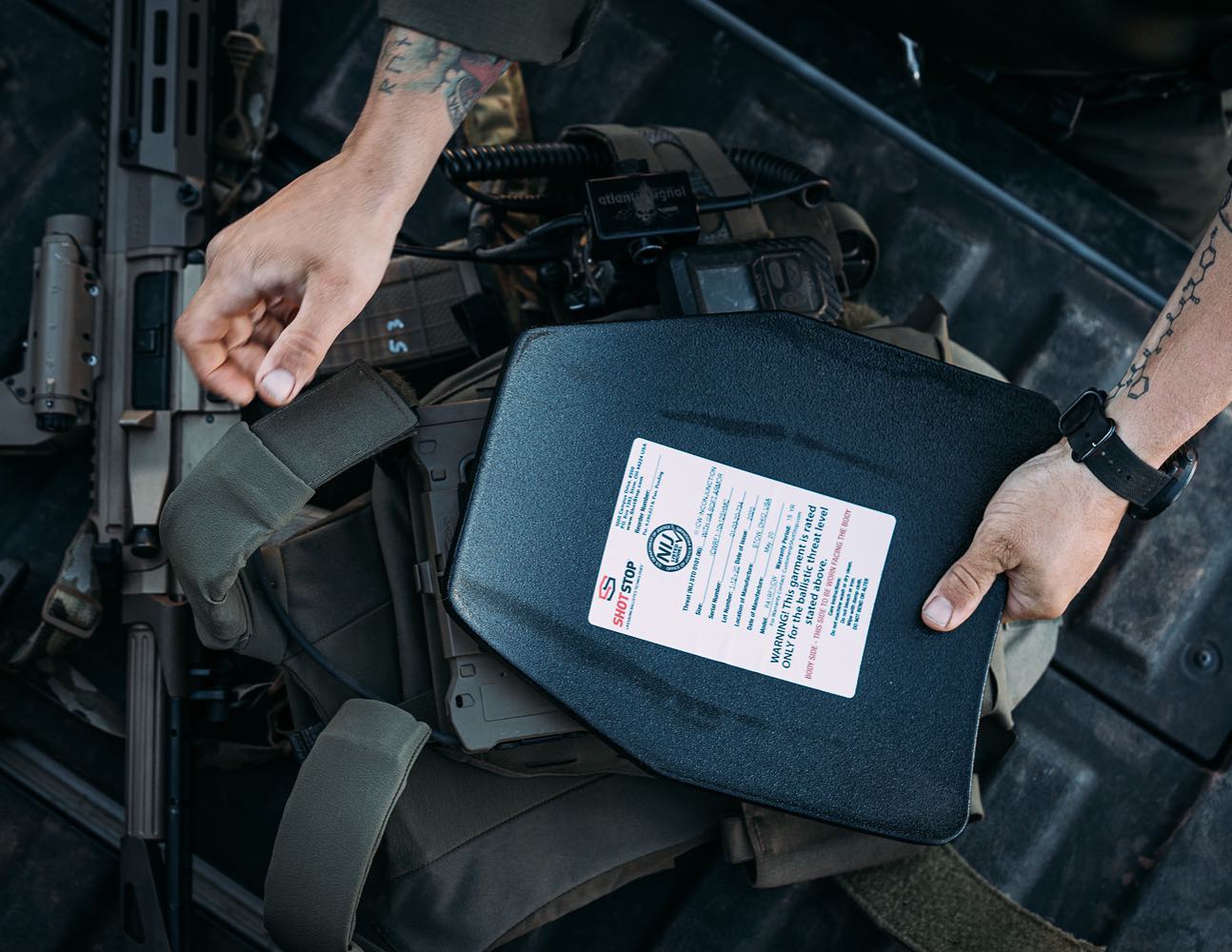