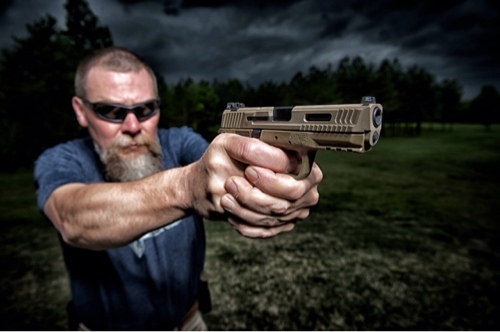 Leadership in the Shadows is the name of Kyle Lamb’s forthcoming new book. If you’ve been following us at all over the last couple of years, you know the Mad Duo are big admirers of Lamb. We’ve trained with him (not just our minions, but us), drunk lemonade with him (true story, no one was drinking beer), gone elk huntng with him. He never fails to impart great information (and often with a wry wit). Plus, he has a great beard. Swingin’ Dick once spent an entire weekend hidden in that thing wearing a chin-ghillie. Anyway our friend Jared Ross recently attended one the leadership seminars that discusses some of what is in the new book. Here’s Ross on what he took away from that class – we’ll have an exclusive excerpt for you as a preview in a couple of days.  Mad Duo

Leadership in the Shadows with Kyle Lamb

I couldn’t tell you the last time I was so excited to sit in a room for 8 hours and listen to someone speak.  Usually it’s the other way around; I’m the one giving the presentation, but this was nice to have a change of pace.   On Thursday, January 23rd, I and about 75 others, were privileged to listen to SGM (Ret) Kyle Lamb deliver his “Leadership in the Shadows” seminar.  Luckily Jimmy from F3 tactical put the word out, and I snagged a spot before the seminar filled up. My first exposure to SGM Lamb was when I was given a copy of his book, Green Eyes Black Rifles.  It must have been in late 2008, or early 2009. The book is a treasure trove of knowledge and tips about running the M4 platform and is a must for anyone serious about combat shooting.

Held at the NRA headquarters in Fairfax Virginia, I found a comfortable seat in the lecture hall and settled in  to listen to this established man speak on an issue so many people struggle with, leadership. I knew right away that I was going to enjoy the day when he opened with, “How many Law Enforcement do we have? Department of the Navy? Army? Air Force?  Coast Guard? I know I saw some Coast Guard.   Did I forget anyone?  What? What do you mean, Marine? I said Department of the Navy, didn’t I?” laughter  resounded and several former Marines gritting their teeth through forced smiles.

After giving a brief bio about himself, he began his presentation.   He spent a little time in the 82nd and the 5th Legion, but almost his entire military career was in (what is commonly called) Delta. He was one of the most junior operators in the battle of Mogadishu, and spent the rest of his active duty career in the Unit till he retired.   What set his presentation apart from others is how, for every point or lesson that was presented, SGM Lamb was able to use examples from his own personal experience.  He used examples of things he did right, and things that he did wrong.  He shared what he learned and experienced from his own leaders and how they mentored him.  This personalized message is much more powerful and effective than someone who is teaching the same material, but for them it’s just theory.

As he listed what he categorized as the different types of leaders (great, good, bad, dangerous, malicious), we talked about some examples of each type.  I know that in my military service, I have had to work for all five of them.  Then, he outlined the characteristics of what makes a great leader.   The bulk of the seminar was spent discussing those characteristics in detail. 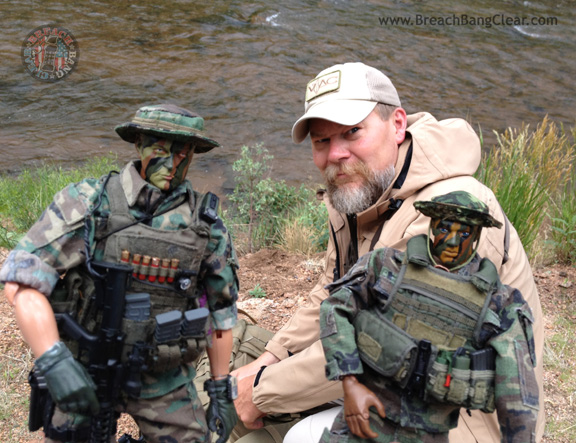 I kept thinking of all my different roles as a leader. Father, Husband, Small Business Owner, Senior Weapons SGT on an ODA, Instructor, and others.  I started thinking about how I could use the information SGM Lamb was teaching and apply it in my own life.

That was one of the best things from the seminar: it caused you to reflect on who you are, and how you can improve.

One of the many points that were talked about was the necessity to evolve.  Always look for a more effective or efficient way to do something.  Don’t be afraid to listen to new personnel.  The way for leaders to do this is to train their warriors how to think, not mandate what they should think.  As I listened, I thought of the military, and how political correctness is trying to destroy the ability of the rising enlisted and officers from reaching their full potential.  This type of leadership training is exactly what is needed in our military today.  As the seminar came to a close, I realized that the 4 pages of notes that I took were completely inadequate.  Overall, it was one of the best seminars that I have ever attended, particularly on the subject of leadership.  I was pleased that SGM Lamb informed us that next month he would be releasing his third book, Leadership in the Shadows.  Needless to say, I’m getting my copy as soon as I can, and probably a extra copy to strategically leave in our team room.  There is a lot more I can say and report about the class, but that would be unfair to you.  You need to go and attend for yourself.  It is truly a life-changing seminar, taught by a master who has lived what he teaches.

Find out more on the Viking Tactics web page.

About the author: Jared Ross has spent about a decade as an 18B Green Beret Weapons Sergeant. A former 82nd ABN 11 Bravo, he has done multiple combat tours in Iraq, Afghanistan and assorted other shitholes. He spent several years with one of the active duty SFGs, is now with one of the reserve SFGs and remains involved in weapon and CQB instruction. Jared is a what we’d consdier both a well rounded soldier and an inspired, methodical and instructor. His company is called Rockwell Tactical Group, a training organization based in Pennsylvania; everything they teach is predicated on a warrior mindset, whether students are responsible armed citizens, military, LEOs or PMSCs. They teach students of every race, age and gender, striving to ensure they prevail not only over the assailant, but fear and panic as well. You will be seeing more of him on Breach-Bang-Clear. If you’re interested in training with Jared and his crew, check them out at Rockwell Tactical Group.