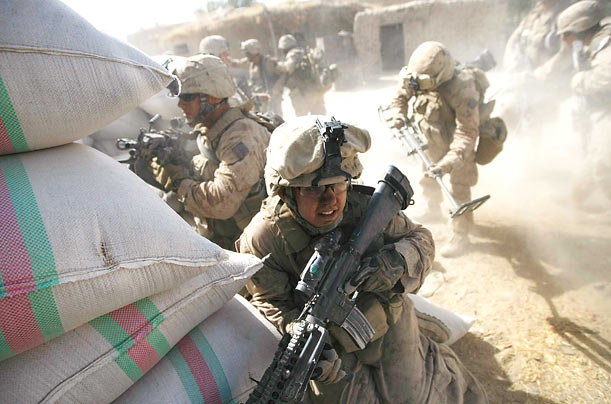 Marplots, bureaucrats and functionaries have no doubt plagued professional military organizations since the infantrymen of Ur started breaking things and killing people for their home city, but at no time in history have we been more able to accurately analyze the effects of our warfighting, make the necessary changes, and complete the mission. With modern technology and communication, it seems all but obvious that we should be able to put troops in the field and quickly determine what they're doing right vs. what they're doing wrong and issue FRAGOs accordingly (even if they involve and entire AO).

Why don't we? It's astounding. We spend blood and treasure at a prodigious rate and ignore successful leaders on the ground, willfully ignoring what to any rational young soldier should be obvious. Kill the enemy. Try not to kill civilians. Be consistent in your efforts and provide sufficient men and materiel for the mission. DEFINE the mission. Beware of mission creep. Beware of brass creep.

Are we fighting a war or jerking off in Afghanistan at the expense of our young men and women?

We've set up a new section of the Spoor Pit: It's called Warfighting and the Profession of Arms. We will be putting many articles in there over time. We're looking for feedback and maybe suggestions on PDF material. How can we make it worth your time?

"You are the ones who are trained to fight…Yours is the profession of arms, the will to win, the sure knowledge that in war there is no substitute for victory, that if you lose, the Nation will be destroyed, that the very obsession of your public service must be Duty, Honor, Country…" 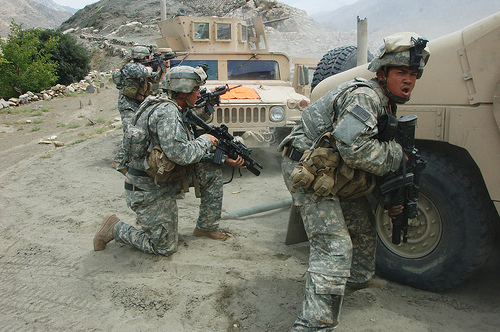 "The willingness to combat an enemy cannot be turned on and off like a light switch. Leaders are willing to conduct operations at the tactical and operational levels of war to decisively defeat the enemy or they are not. Soldiers join the military today to protect the United States, yet they are told once in Afghanistan that we are fighting for the Afghan people – this is a rather mercenary outlook and ignores the fact that the United States was attacked September 11, 2001. If we have an Army led by people unwilling to defeat a disorganized illiterate adversary such as we face today, even after a despicable surprise attack on our nation, there is little hope that we can defeat a modern sophisticated enemy that we may face in the future."  Harry D. Tunnell, IV Col, IN