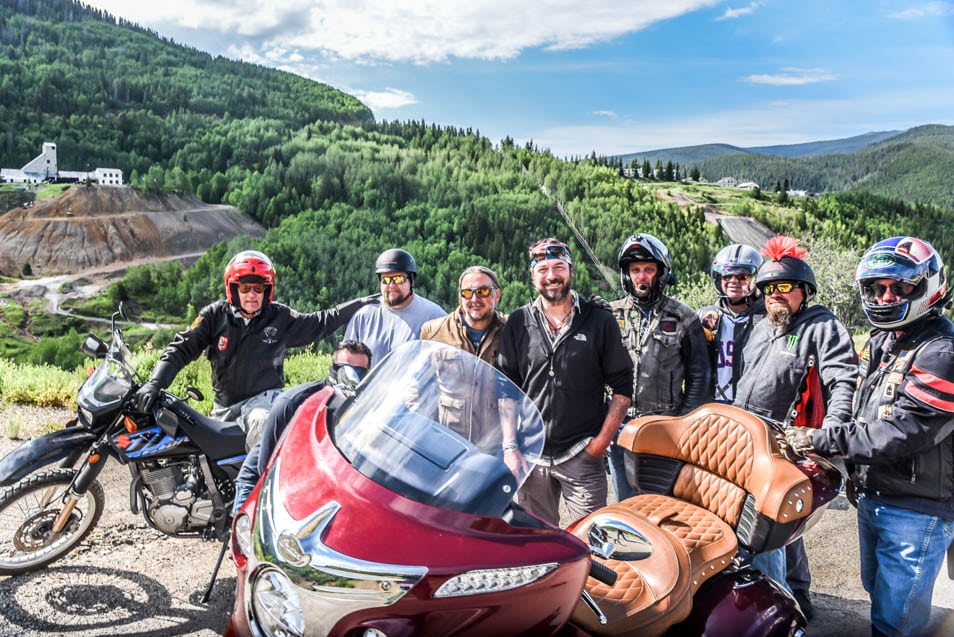 Was it kismet that we ran into Randy on top of a mountain in Colorado, seemingly at random?? I mean what are the chances this guy served in the same group as some of our veterans on the 2019 Veterans Charity Ride?

Yea, that happened, and it blew my mind! We pulled our Fleet of Indian motorcycles and sidecars over to check out the ghost town of Leadville that sits atop Battle Mountain overlooking Eagle Gulch. The area was a thriving mining town back in the early days, but for about a century, the operations poured so many toxic pollutants into the eco-system the EPA declared the area off-limits. 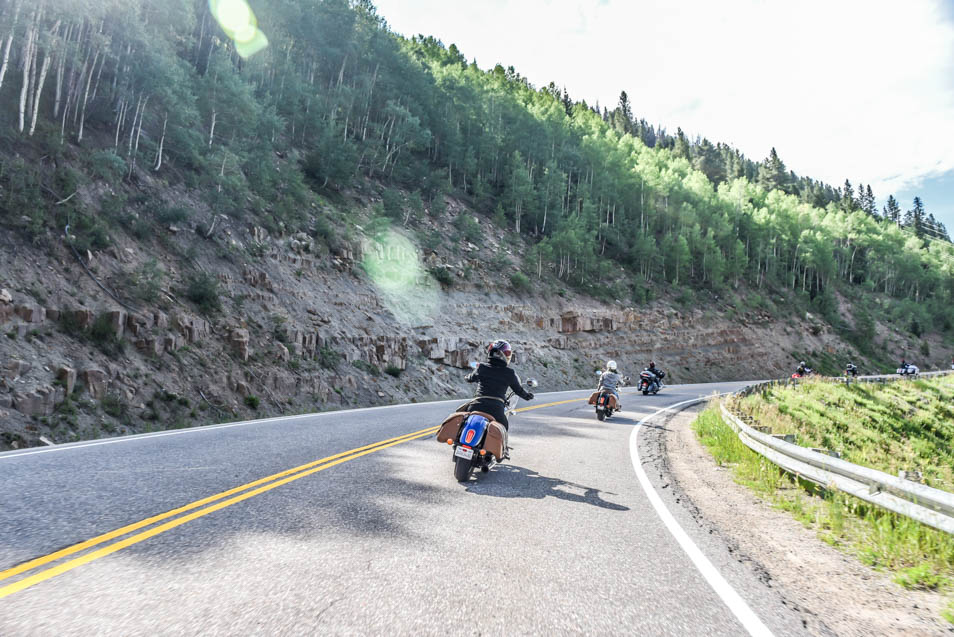 As we were exploring the ruins of this town a guy walked over and asked if we were all veterans, having noted a bunch of guys wearing Combat Vets Motorcycle Association patches. We started talking to this guy only to find out he too was also a veteran. His name is Randy Quarles and he is now working on his career in photography. 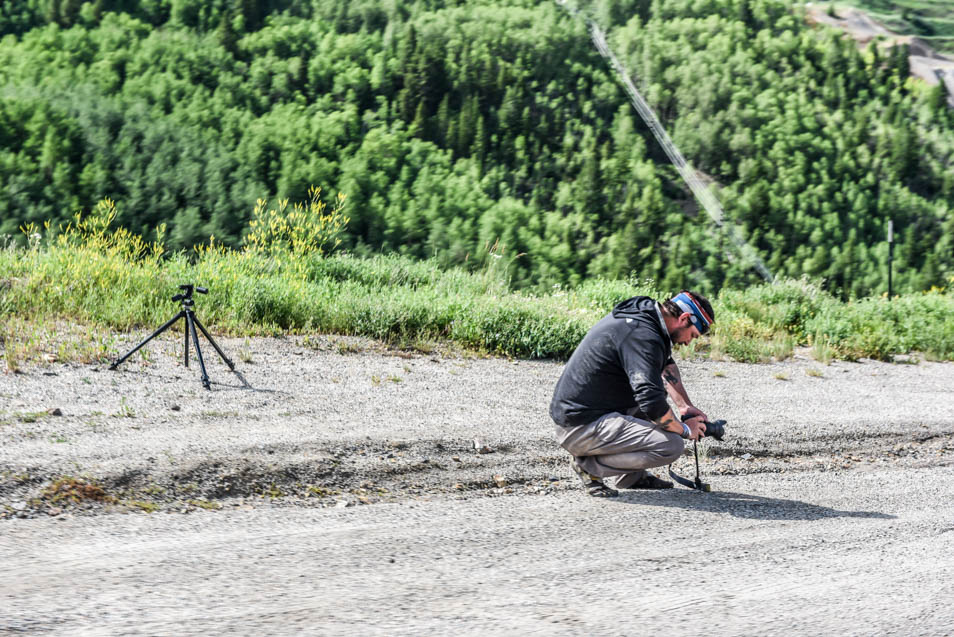 We randomly bumped into him on his journey of walking the continental divide up to Canada, this trek was also his journey to honor a few of the brothers he served with, PFC Stephen Snowberger the third, and PFC Eric Clark. Randy served with the 10 MTN. division, which just so happened we were also on our way to visit the 10th Mtn group memorial at the Tennessee pass on the continental divide. We chatted with Randy for a while, took some photo’s with him, and he, in turn, took some photos of us. Veterans Charity Ride founder Dave Frey handed Randy a 2019 VCR coin and patch and we said our goodbyes. 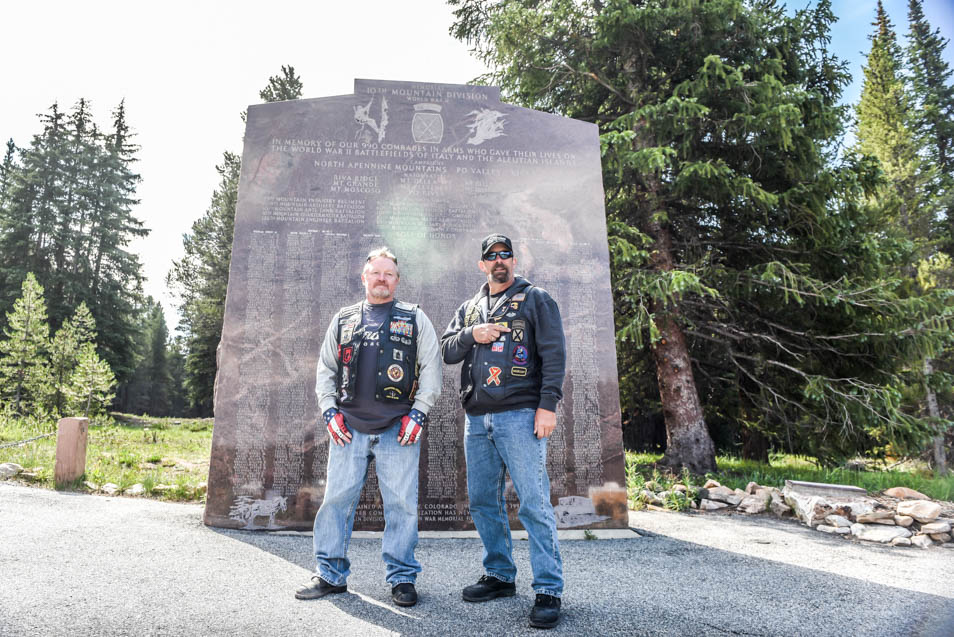 So, why do these random interactions happen? Why are certain people meant to cross-paths? That’s something I don’t think anyone will be able to provide a straight answer for, but I do think there is a reason, and maybe it won’t present itself at the time of the meeting, maybe it happens a week or two later, hell, maybe even a month or a year later, but at some point, those random connections prove themselves to be anything but random. I’m kinda hoping maybe by putting this article out here, some dots will get connected. 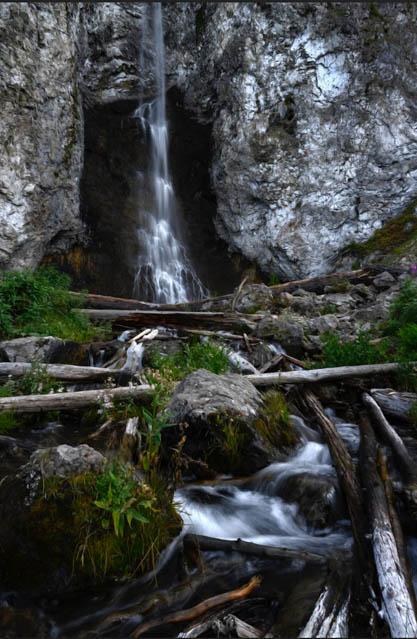 Things started to fall into place during a phone call I had with Randy. I reached out to him because I wanted to include some of his photographs with this article, I wanted to show our readers what Randy had going on. Randy and I had quite a bit to talk about, both being photographers, but as the conversation just kept going, it was clear to me why Randy and I met. 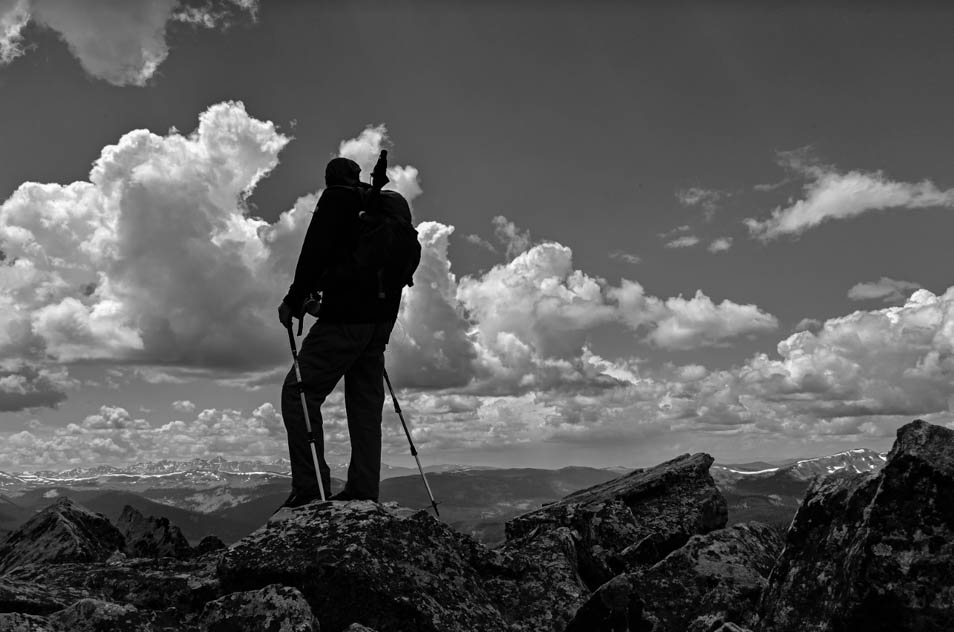 I asked about the hike he was on, and Randy decided to fill me in on his quest. After the war Randy ended up like most veterans, struggling with civilian life and getting his head around it all. He was starting to drink a lot more, he was angry, he frustrated and he was not happy. He told me that he somehow managed to fail at a suicide attempt. Randy knew he needed to stop using the death of his two friends as an excuse to just “get by” in life, he realized HE wasn’t putting any effort into a living, he had to own this, and he had to do it to honor and respect his fallen brothers. What he was doing wasn’t working and he was now faced with accepting that HE was the one responsible for his unhappiness, it wasn’t anyone around him bringing him down; just himself. 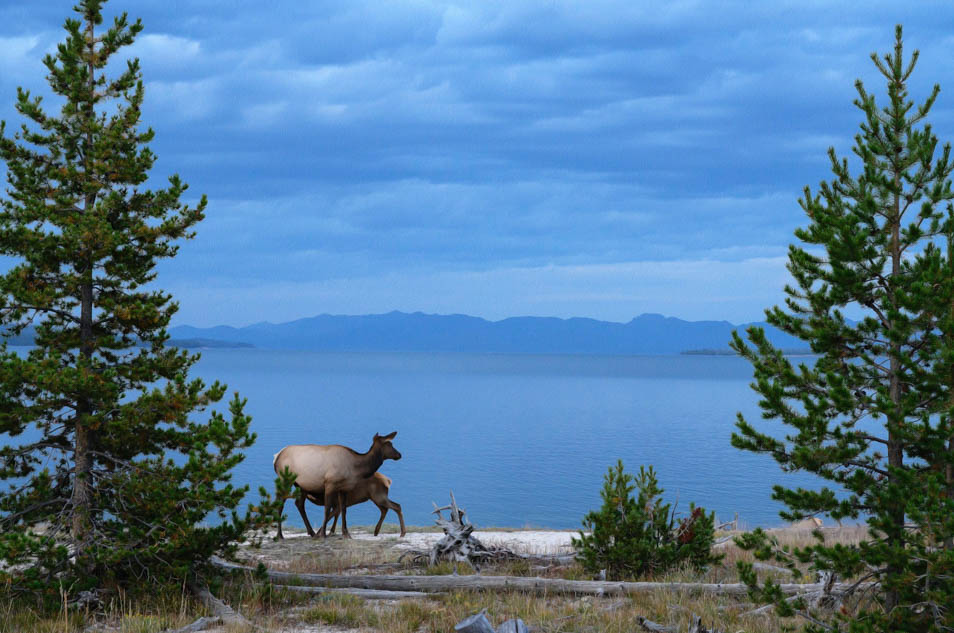 Randy luckily realized he wanted to change. He didn’t want to continue on that same trail he had been struggling on, it was time to do some work. He went back to school, started studying and learning again and dialed himself in on photography. He also started to put some attention to his physical state, he decided he would start on a new trail, this one just so happens to be 3100 miles. We met about half-point on his trail and he’s now lost over 50 pounds and says he has never felt better, both physically and mentally. He’s found the secret, that the work comes from within himself, and I think he’s also found a talent he didn’t know he had; his eye. He’s on a path to taking some amazing landscapes and wildlife photography and is available for hire, I encourage you to check out his work and if you’re looking for a new set of eyes on your path, perhaps Randy can be of some help. 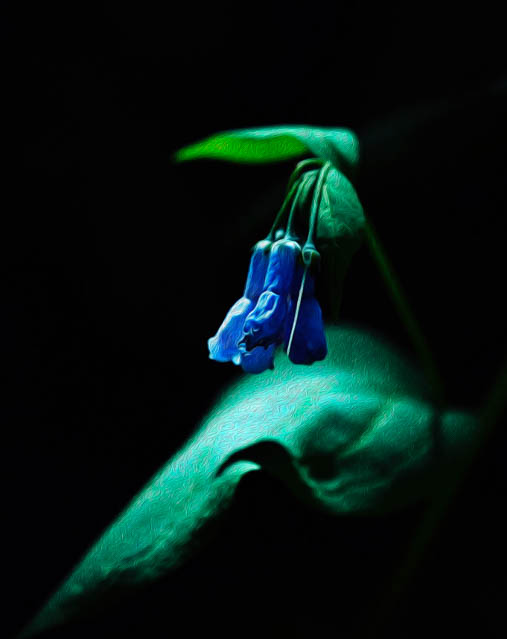 It’s clear to me now why we randomly ran into Randy. Hopefully, by him opening up to me and allowing us to share his story we will reach someone that might be ready to head down a new trail, ready to stop walking the same path, ready to forge forward on a new journey. As Randy says, it just starts from within, then it’s one step after the other, rucking the miles down.

Like this kinda stuff? Check out our article advice to a veteran’s son.