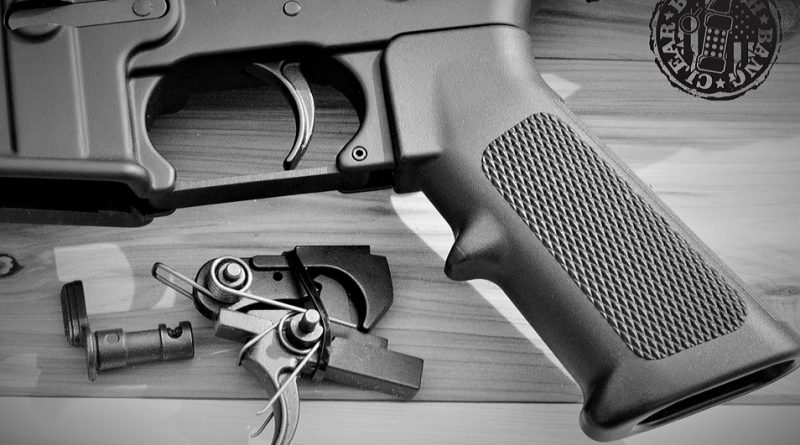 Recently I received the brand new SLT-1 (Sear Link Technology) Trigger from KE Arms, and I’m very excited to run it in my AR platform. My boomstick is the Ruger SR 556 and although they claimed MILSPEC at Ruger, I still had my doubts. One major flaw in this Ruger and many other off-the-shelf ARs has always been the heavy, mushy, trigger. But lo and behold, the SLT-1 functions perfectly. 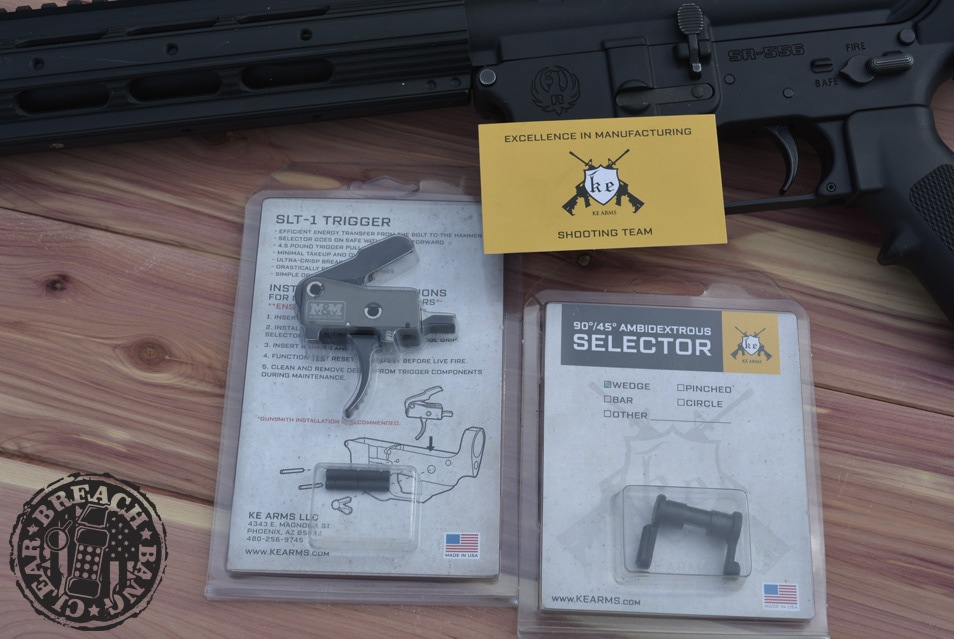 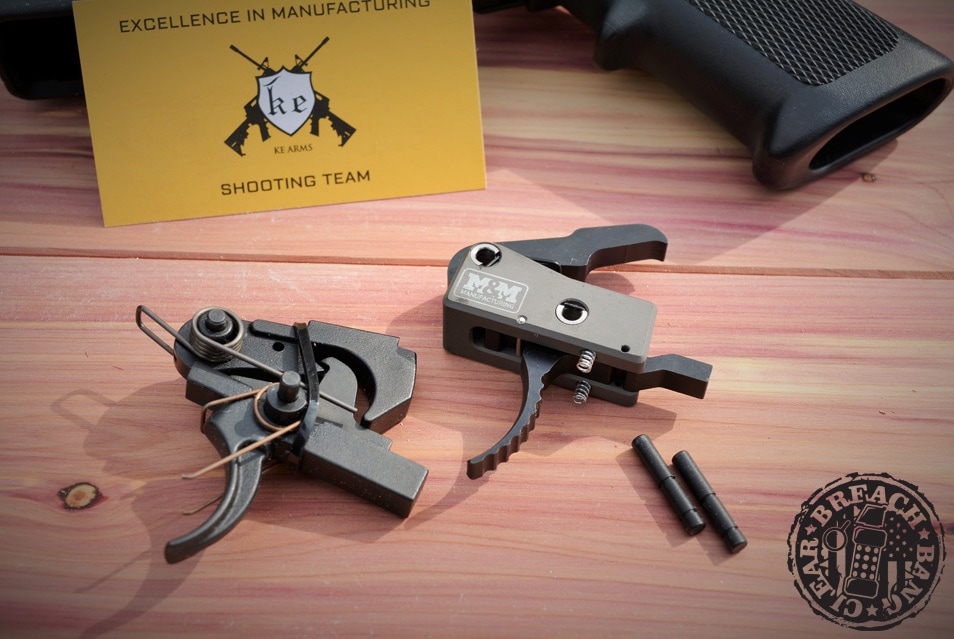 Replacing the trigger was a snap — dare I say grunt-proof. The folks at KE Arms have nailed the drop in self-contained trigger design. It only took a few minutes to install, and it functions-checked flawlessly. As they claim, you can put the weapon on safe regardless of its condition. It feels strange to be able to do this but the added safety factor makes it worth getting used to. The ambidextrous selector lever also moves much smoother than the original. I do have my reservations about how well the selector will stay in the SAFE position when slung over the shoulder or handled roughly, but I’ll give it every opportunity to be successful before I pass final judgment.

So far I find this trigger to be a welcome upgrade to any off-the-shelf AR platform. I’ve put a few rounds downrange with it but will save my impression for the full review. Spoiler alert, the break is crisp and the takeup is minimal but very consistent. I plan to get all up in the adjustments over the coming weeks and see how far I can push them while maintaining reliability. So read on for the manufacturer’s claims while I head up to the mountains to do some running and gunning. 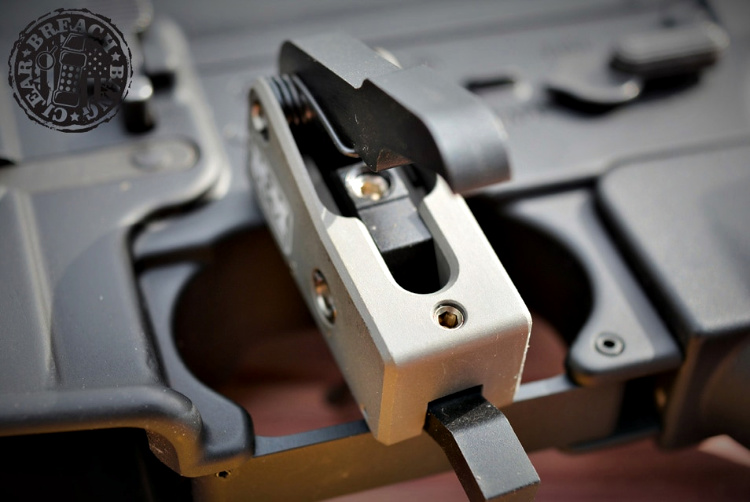 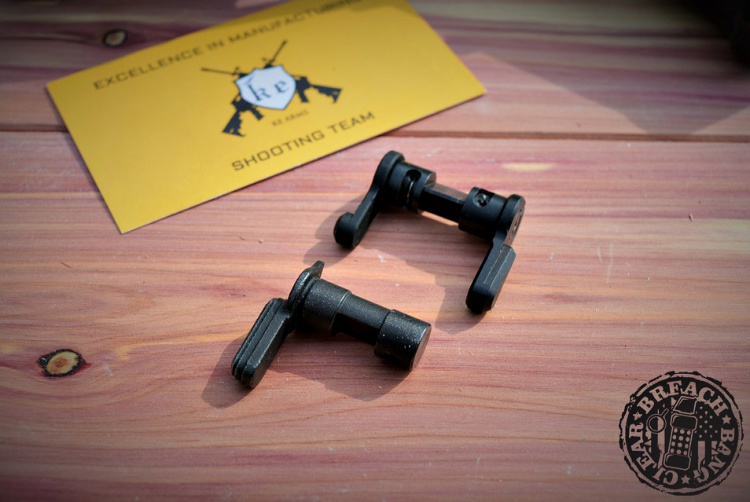 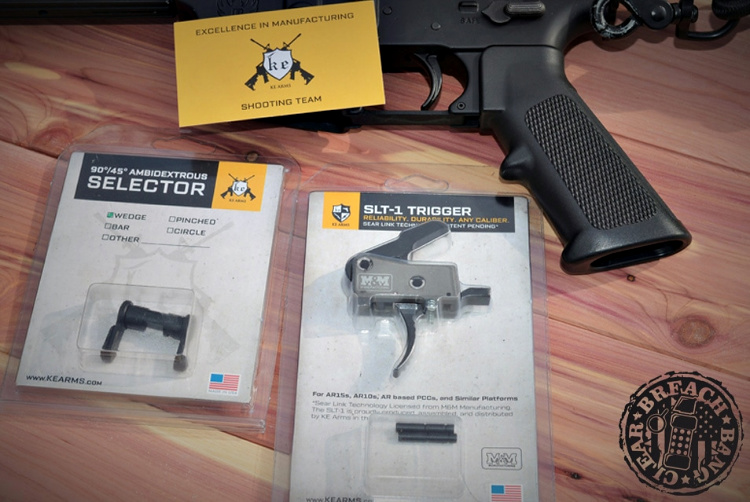 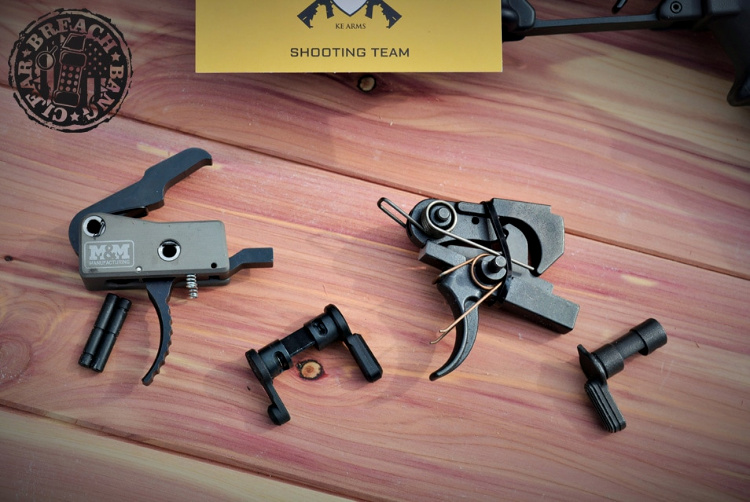 KE Arms has licensed the manufacturing and distribution rights for the patent-pending Sear Link Technology trigger system from M&M Manufacturing.  All components are made and assembled in the USA.

The SLT-1 has been tested thoroughly before release with tens of thousands of rounds in traditional 5.56 AR platforms, .308 AR platforms, 9mm AR-pattern blowback carbines, and the SIG MPX. 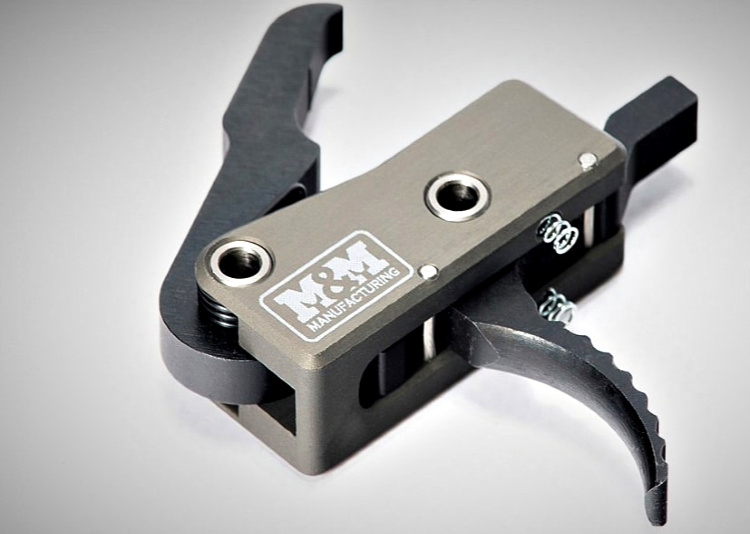 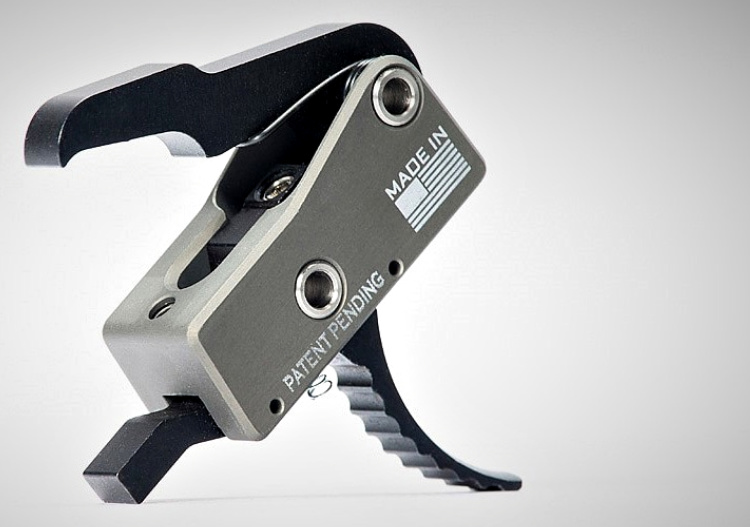 Since there isn’t a disconnector for the hammer to drive through, the bolt cycle is more efficient as it simply pushes the hammer out of the way as the gun fires.

Bolt forces on the hammer aren’t transmitted to any other components of the trigger assembly.

The trigger is always ready to reset and fire due to constant sear engagement against the hammer. 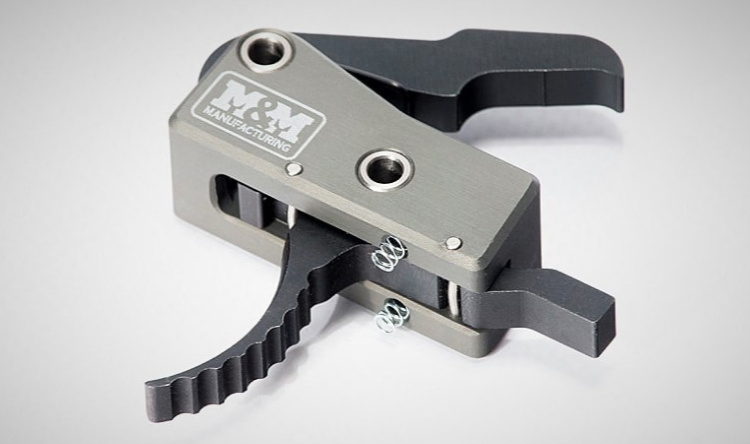 Moving parts are sealed in the underside of the housing making it less susceptible to fouling and debris. 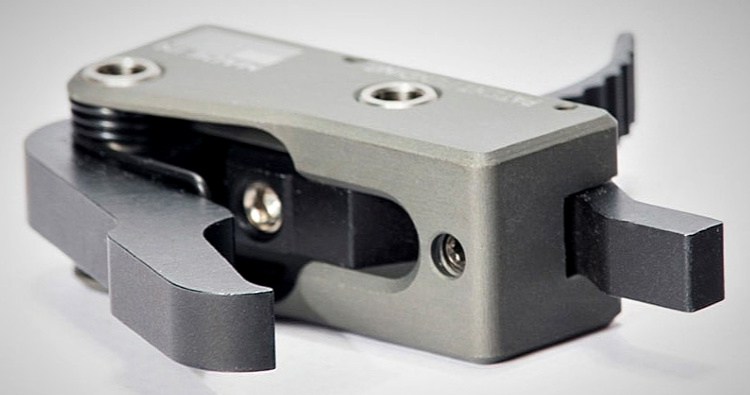 With no impact on moving internal parts, the trigger system has greater longevity. 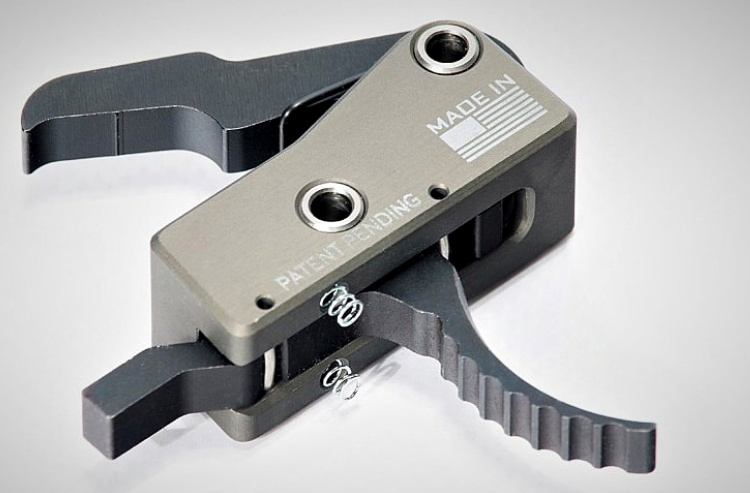 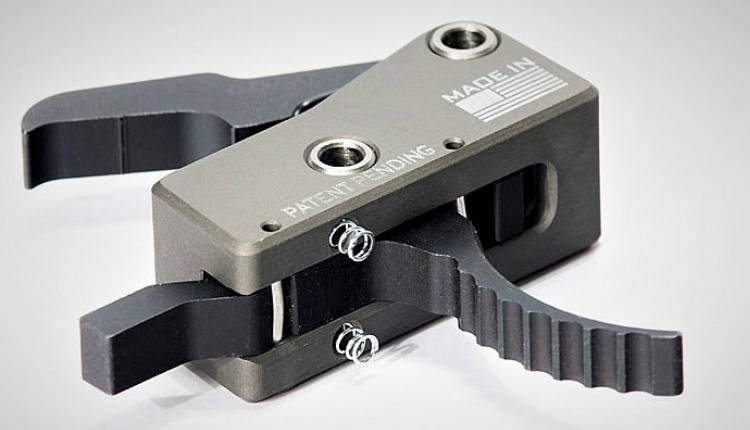 Due to the unique geometry of the trigger, the safety can always be applied whether the hammer is down or cocked. When used appropriately this adds another level of safety to administrative handling and clearing of malfunctions.

For a limited time, KE Arms Ambi-Selectors will be included with all orders direct from KE Arms. If you purchase an SLT-1 from an authorized retailer during this time, you will receive a voucher for a free Ambi-selector in the package.

Gunny "Norseman" Williams enlisted in the Marine Corps in 1993 and deployed to Mogadishu, Somalia in 1995 as a grunt. He was one of only two SLUGs out of fifteen to make it through Sniper Indoc and attend the USMC Scout Sniper School, graduating on his first attempt and later attending Urban Sniper, Urban R&S, Advanced Sniper, Sniper Employment Officer and the Mountain Sniper/High Angle Shooting Course. As you might expect, after some time ramrodding a Sniper Platoon in the FMF he attended the Formal Schools Instructors Course and was selected as a Scout Sniper Instructor for the First Marine Division. There he was the primary instructor for the survival and .50 SASR portions, specializing in fieldcraft and combat tracking. (Note: it was there at Horno that David Reeder, our editor, met both Williams and Mad Duo Freddy; they instructed a class together. This was the start of a long and improbable badass tale.) Not too much later he received orders to the Mountain Warfare Training Center at Bridgeport. Since retiring he has continued to contribute tot he survival community as a Brother of Bushcraft and is also the HFBIC (Head Fucking Blacksmith In Charge) of the forge at Survival Hardware. 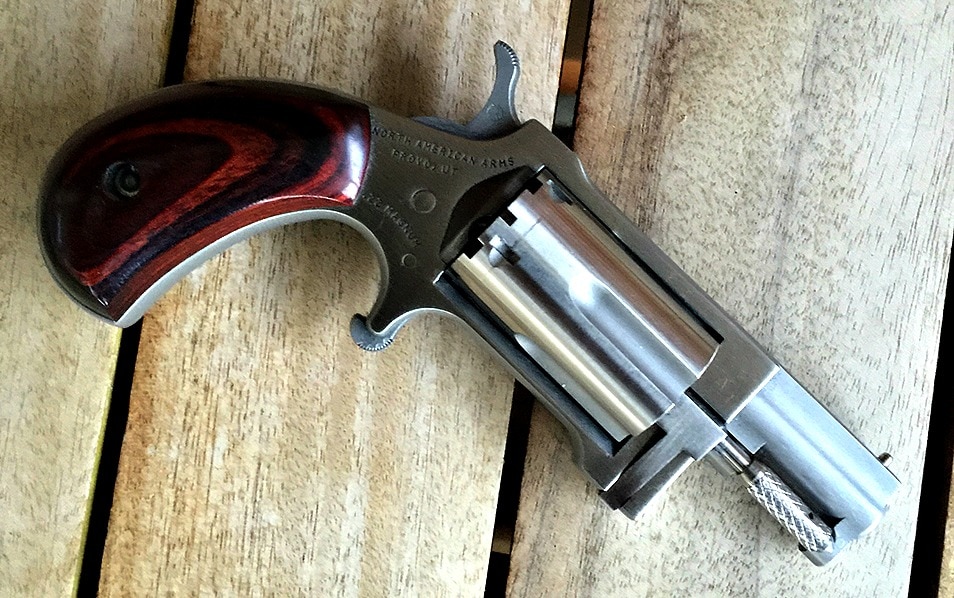 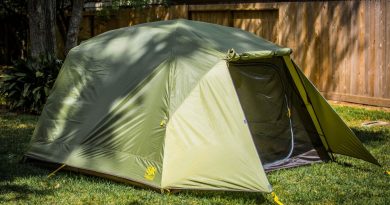