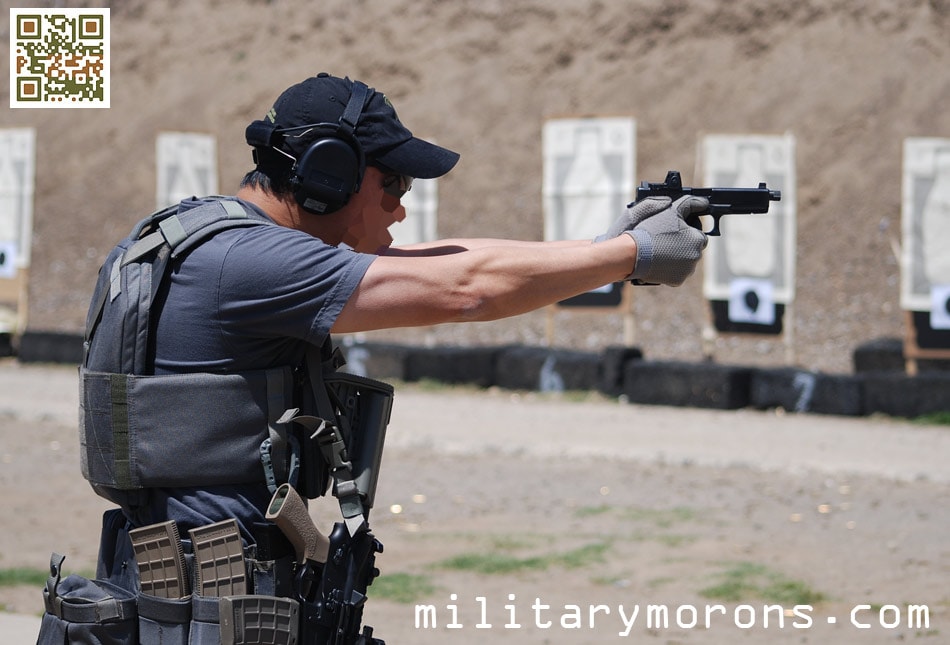 This article originally appeared online at Military Morons. It appears here in its entirety with MM’s permission. If you’re a regular reader of Breach-Bang-Clear, you already know that’s one of the sites we keep an eye on. The reviews there are succinct, unfailingly thorough, and honest. Mad Duo

As originally published on Military Morons.

9/21/12 – The Grip Force Adapter has been out for a while now, and after hearing good things about it, I decided to try it earlier this year. The GFA is a small polymer piece that installs onto the grip tang area of a Glock pistol, slightly altering the grip angle and adding a grip tang that protects the firing hand. It’s available to fit generations 1 through 4 of Glock models.

The issue – Note that the following is my own opinion, which might differ from other people’s. I’m not any kind of expert shooter; I’m just relating what I’ve discovered/observed for myself. For some, grip angle is a non-issue. For others, it is.

A pistol’s grip angle is the angle that the bore (barrel) makes with the grip. Different pistols have slightly different grip angles, as do people. A person’s natural grip angle when the hand is not purposely directed up or down, nor left and right in relation to the forearm. When you point with your index finger straight out (your hand is normally horizontal when you do that), then rotate the hand vertically with the finger still pointing straight out, the angle between your outstretched finger and the imaginary line ‘grasped’ by the rest of the fingers would be your natural grip angle. If the grip angle on a pistol differs from this, it’ll either point high or low, in relation to your natural grip. 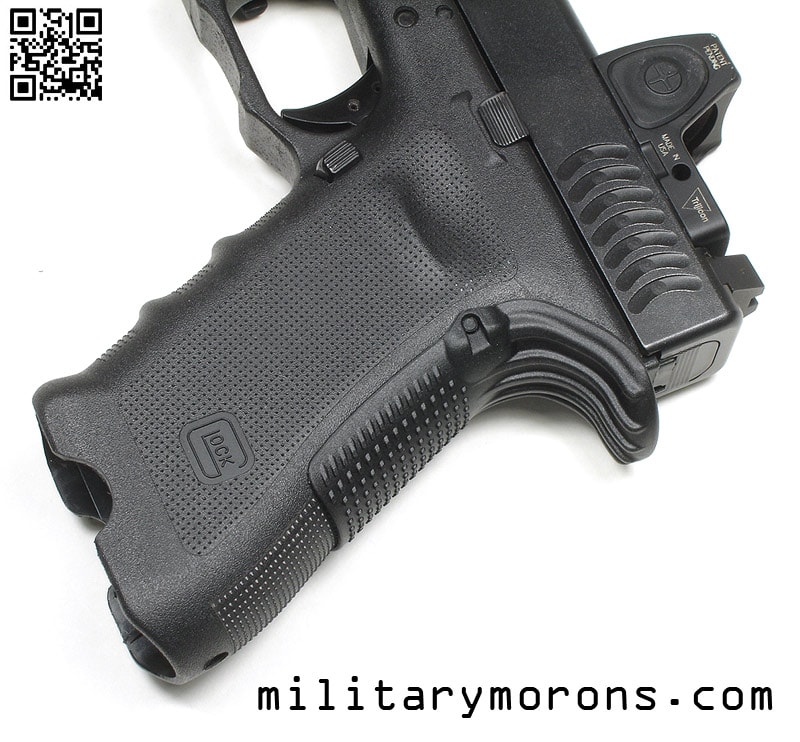 So, not all people have the same grip angle, but most people fall within a certain range. What does grip angle matter when we have articulating wrists and can easily change our grip angle to accommodate different handguns? I’ve shot many different handguns and was still able to line up the sights and hit the target, no matter what the grip angle. The time that it matters, I’ve found, is under stress and when you speed things up; not so much during slow fire.

If you point your finger quickly at something, you’ll find that your index finger is naturally pretty much in line with your forearm. It’s consistent; in the dark, in bright light, under stress/no stress, etc. With a pistol, the closer the grip angle matches your natural grip angle, the less you’ll have to compensate by moving your hand up or down to get the sights to line up.

With the Glock, I’ve found that the pistol usually points high relative to my natural grip angle. This is true for both compact and full-size Glocks for me. It’s worse with the compact size because the ‘hump’ is higher up. Pointing high isn’t necessarily a bad thing, as I index on the front sight then line up the back. It’s better than having the front sight too low. Where I started to notice it more was when I mounted a mini red dot sight on the slide. I’d punch the gun out from the draw, and usually, have to bring the front down to find the dot. Of course, the point can be made that with enough practice, I’d eventually have the muscle memory to punch it out with a slight wrist correction every time. But, given the choice, I’d rather have the grip angle as close as possible to my natural grip angle. This is where the Grip Force Adapter comes in. 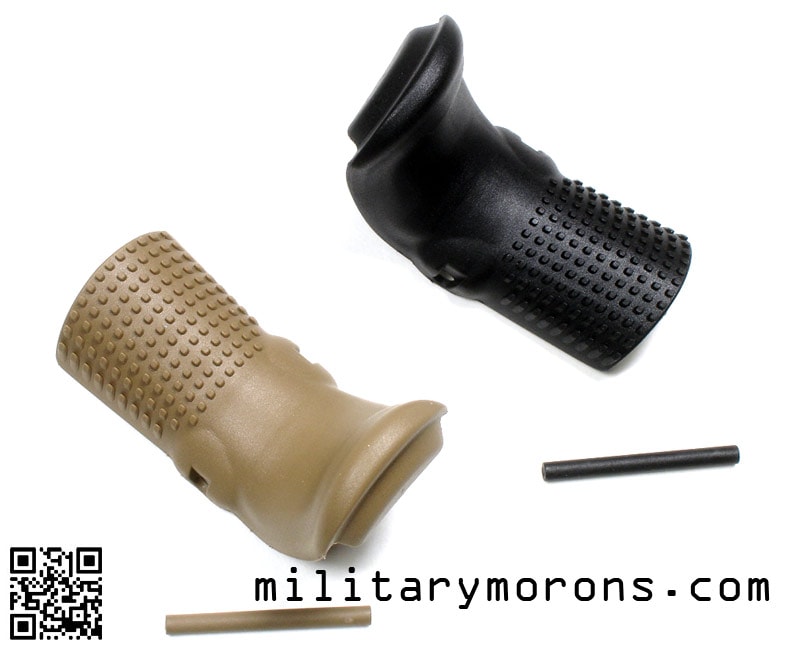 Grip Force Adapter – The GFA is the result of extensive testing and input from leading industry’s shooters and trainers. The GFA changes the grip angle on Glock pistols to improve its pointability, provide better control and provide an extended grip tang for better protection of the firing hand. There are currently three models; the original Gen 123 adapter, the newer Gen 123 SC (Smooth Contour) adapter, and the Gen 4 adapter. The Gen 123 SC is included with all orders of the original Gen 123 adapter.

The GFA has several design elements/benefits, as detailed on their website. The lower section fills in the contour on the backstrap of the Glock, above the ‘hump’. This changes the grip angle, and for many shooters, improves the shootability of the pistol. The extended grip tang covers the small frame tang on the Glock and provides additional protection for shooters with larger hands from contacting the bottom of the slide during firing. It also prevents part of a glove from straying over the tang and interfering with the slide’s backward motion. The larger tang also adds control during rapid-fire by providing leverage against the firing hand. Lastly, the enhanced grip texture on the lower portion helps lock the pistol in the shooter’s grip.

In the photos below, you can see the differences between the original and SC versions of the GFA. The original is longer, and has the vertical ridges on the backstrap web, whereas that area is smooth on the SC. The Grip Force Adapters are engineered to be as thin as possible while still maintaining their structural integrity. 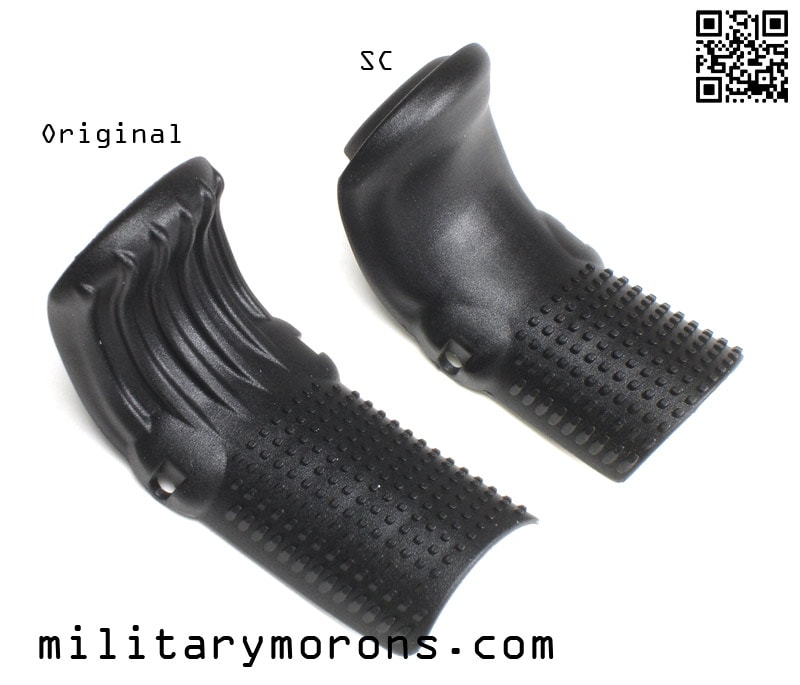 The Grip Force Adapters are installed onto the Glock pistol by removing the trigger mechanism housing pin from the back strap area of the frame with a Glock tool or punch. This is replaced with a longer pin, which engages the retention holes on the GFAs. The new pin is installed into the frame with a slightly larger portion sticking out of the left side of the frame. The GFA is installed with the retention hole over the extended portion of the pin. The right side of the GFA is then pressed against the frame and the right side hole allowed to engage over the pin sticking out the right side. When it’s engaged, the portion of the pin sticking out the left side is carefully tapped in, so that there’s an equal amount of pin showing on either side of the GFA. The tricky part was getting the GFA hole to slip over and engage the pin on the right side, as it’s a tight fit, and requires some squeezing of the GFA into the backstrap. I was eventually able to install the GFAs and tried them out on both G17 and G19 frames that I have.

The Grip Force Adapters can easily be modified using sandpaper by the user. Modification by the user to accommodate individual needs is actually encouraged by the company. The Grip Force website has a gallery showing GFAs that have been smoothed out or cut shorter by users, depending on their preference.

Observations and notes – I have two G19s and two full-size frames, which are used with G17, G34, and G24 slides. Both my G19s and one G17 frame are modified on the back strap; while the RTF2 frame has no backstrap mods. I had the grip reduction done on my G19 by Cold Bore Customs, which got rid of the hump so the backstrap is flat, changing the grip angle, so no GFA was needed on that pistol. I had taken too much material off my other G19 for the GFA to fit tightly, so that wasn’t going to work. Both the original Gen 123 and SC adapters fit on my two G17 frames, so I tried them out with both adapter. On the frame without the rails, which I had modified myself, I preferred the feel of the Gen 123. On the RTF2 frame, the SC worked better. Both, however, improved the feel of both pistols.

I performed an unscientific experiment to see what kind of difference the GFA made. I put on a holster, kept my eyes closed, and drew the pistol and presented it, then opened my eyes to observe where the pistol’s sights ended up. As mentioned before, the pistol usually pointed high. With the Grip Force Adapters installed, the front and rear sights lined up much better naturally, requiring almost no correction to the wrist angle. Then, using a target on a wall (with an unloaded pistol of course), I practiced getting on target from the draw. With the red dot equipped G17, before I installed the grip adapter, and using my ‘natural wrist angle’, when I presented the pistol, I’d always have to dip the pistol down to acquire the dot. With the grip adapter, the dot appeared in the window of the sight much quicker and more consistently.

At the range, I felt that the GFAs helped me absorb more recoil than before. I have small hands, and adding thickness to the grip wasn’t something I thought would help me at all. However, the slightly wider tang and backstrap web of the GFA helps distribute the force better than a narrower grip. Plus, the GFA was thin enough that even with my small hands, I didn’t have any issues shooting or manipulating the pistols. The little raised grip squares on the lower portion of the GFAs are grippier than the molding on the Glock frame. This improves grip, especially with gloves.

The Grip Force Adapter is probably the least expensive improvement to the Glock that you can make, and well worth it in my humble opinion.

News Desk has 66 posts and counting. See all posts by News Desk 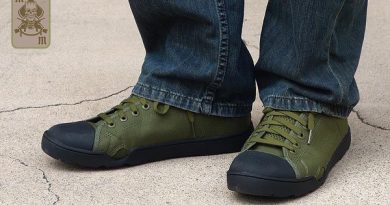 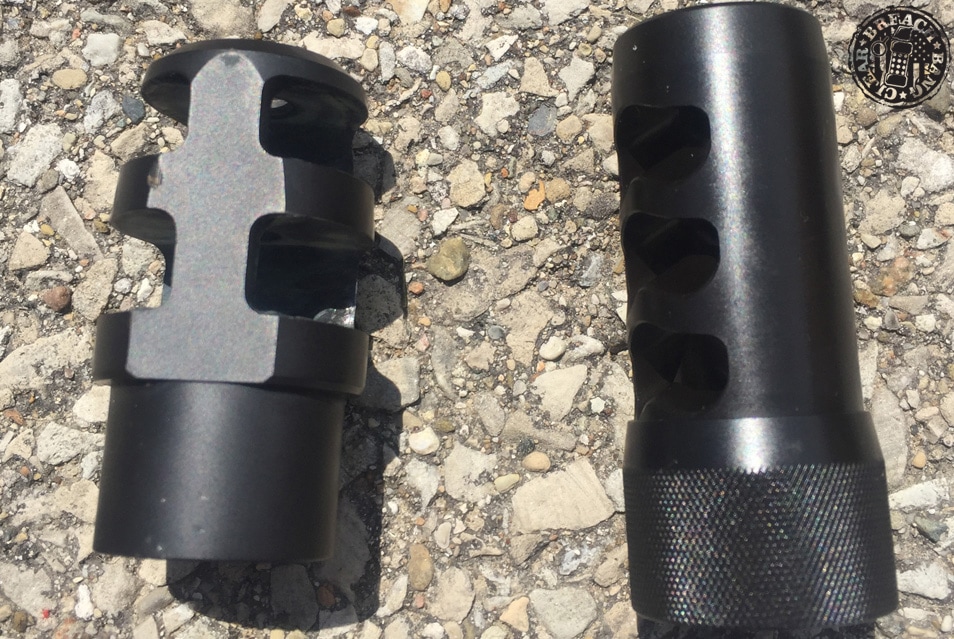 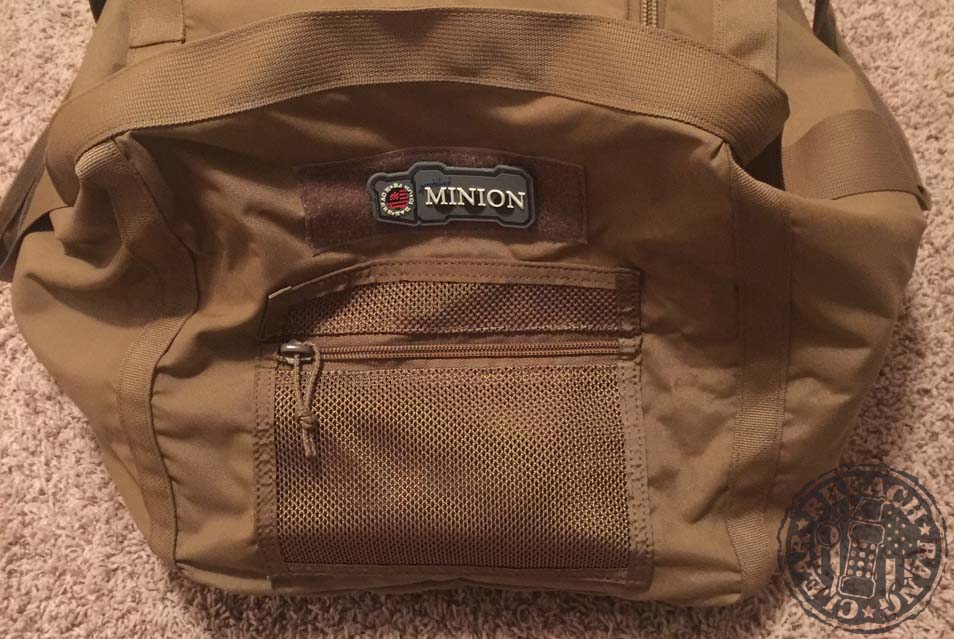 Eyes On: US Palm Kit Bag