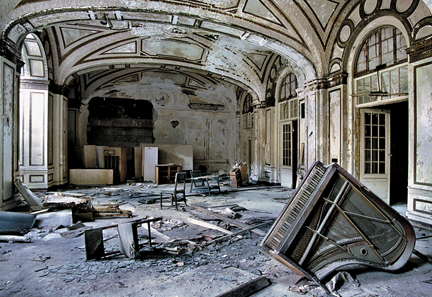 …“Daddy, what are we going to have for breakfast?” she asked me. I lay in bed and thought for a minute, a dehydration headache already beginning to ebb from all of the fluids I lost during the night. I sat up slowly and said,

“Did you already drink your water this morning?”

We have a routine. Routines mean consistency which mean sanity in a world with so much unknown. Routines can make the irregular regular again. Yona is supposed to drink at least a quart of water in the morning before we ate breakfast. There was a back maintenance room in which there was a well-head. Despite my efforts, I had yet to obtain all of the materials needed to make a functioning pump. One of Yona’s chores in the morning was collecting water from the well. The water table was very high in this area, probably because of little use. She had to lower a can tied to a string down the 4” pipe to gather water. We initially had problems getting the can to sink in the water but it was eventually solved by putting a rock on the bottom of the can. So, every morning while I did the checks, Yona collected water 10 ounces or so at a time. It was a pain but the fresh water was a great resource.

I wiped my face with my hand and it came away sticky. I knew I should have bathed the night before but I was just too beat. I tightened my pants, conscientiously checked my feet and then stepped into my boots. After I laced them up I walked over to the shelf where we kept most of our food, when we had enough to call, ‘most’. The selection was inconsiderable. Some tea bags, a few cups of flour and three cans of green beans. I had a couple cans of cat food tucked away between some loose boards but that was the, ‘emergency’ supply; as if every single day wasn’t already an emergency. “How about some green beans?”

She scrunched her nose up at me and said half-heartedly, 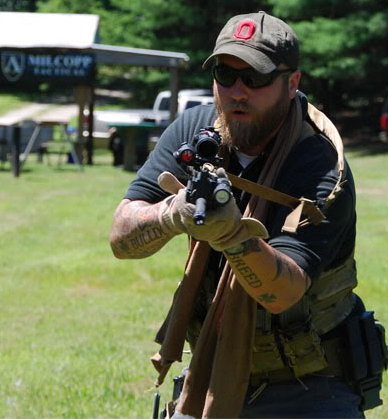 I knew I would have to take a trip into town. Today, if possible. I always got a wrenching feeling in my gut whenever I had to go into ‘town’. Though society had broken down, people are social creatures. There hasn’t been one single conflict in world history where everyone just kept to themselves for any extended period of time. Not Rwanda, not Bosnia, nor Iraq or Afghanistan—invariably, people will get together, socialize, and trade regardless of the situation. Of course, there are downsides. Different gangs attempted and succeeded in overtaking and exploiting villages across the region. People cheated each other and then were killed for it; rightfully or not. It should go without saying that these people generally do not have our best interest in mind. Speaking honestly, what happened to us as a nation is the same that has happened to countless nations around the world. Knowing that this isn’t exactly uncommon doesn’t help the reality of what is.

Not very helpful, is it? Either way you cut it, you have a child without a father…

That was an excerpt from the story Yona, one of the fiction pieces in Attack of the Zombie Hippies. It was written by Dave Merrill. He has non-fiction in the book too (like some of the other authors). Get your copy on Kindle at http://www.amazon.com/Attack-Zombie-Hippies-ebook/dp/B00AN4JNUG and help support Independence Fund.