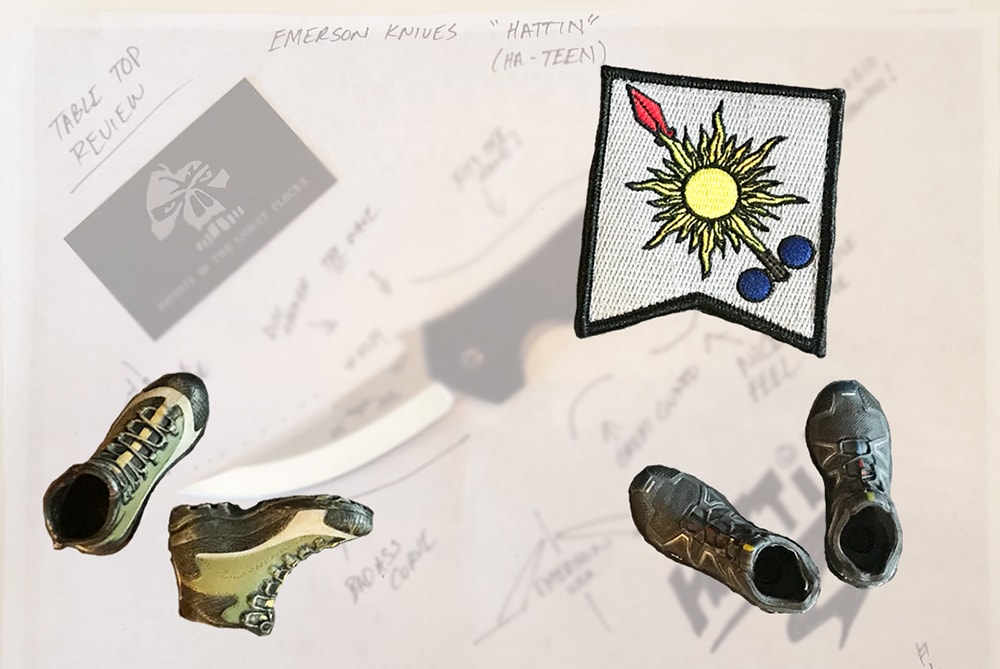 The Emerson Hattin was named for a famous battle during the Crusades. Today Jake Bush is gonna scrawl out a quick Tabletop Review for ya, brought to you by the Morningwood Bazaar.

The knifemaking philosophy of Ernest Emerson is that his knives are weapons first and last. The Hattin (Ha-TEEN) is more of the rule than the exception. 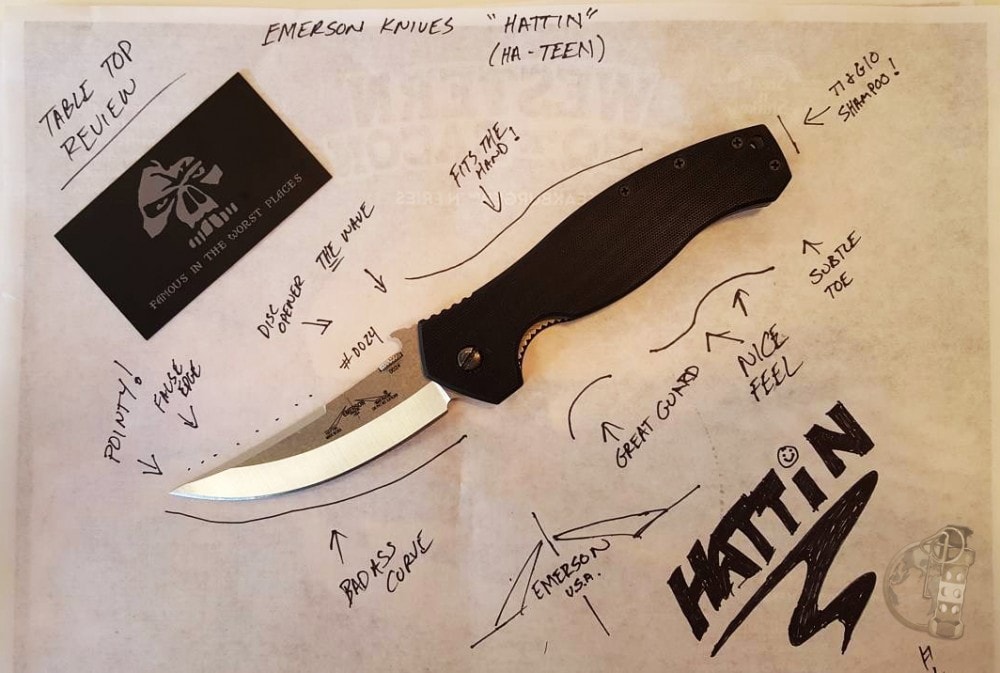 A Persian styled blade with a nearly straight spine for thrusting and featuring Emerson’s patented “wave-like feature” it’s akin to having a 38 in your pocket. The Hattin came out as a signature series and quickly became a hit in the cutlery circles.

The Emerson Hattin is named after the Battle of Hattin, which was waged on July 4, 1187. The Battle of Hattin was a historic engagement fought by Crusader and Levantine forces against those of Sultan Salah ad-Din on the arid plains below the Horns of Hattin in modern-day Israel. The battle was a crushing defeat for the Christian armies and resulted in the loss of Jerusalem to the Ayyubid armies. The design of the Hattin is intended to echo the scimitars used by Saladin’s warriors.

Though long since sold out, other Emerson Knives (including many collectibles) are available on KnifeArt.com,  Amazon, eBay, and elsewhere. In fact, as of this writing, eBay has two Hattin knives listed for auction — though you’ll need a couple grand to buy one of ’em.