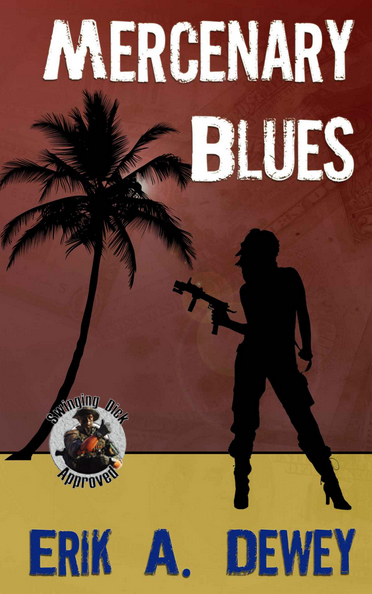 As you may have noticed, we’ve added the Swingin’ Dick Approved page to the menu. These are books written by our staff or contributors. Some are good, some are very good, some mediocre and at some point we’ll probably have one that is terrible. That’s okay though, because different people like different things (Swingin’ Dick loves the horrible movies on SyFy, the cheesier the better – he says there’s nothing better than a “Delta Force” guy bicycle kicking a giant pirahna back into the water as it leaps out of the lake to eat him.)

Anyway, one of the ones we posted up is Mercenary Blues. It’s an action adventure type shoot-em-up where the protagonists (initially a pair of female PMSCs) are betrayed by their employer, a Central American despot in bed with some evil industrial folks:

“The dead in the village lay on the ground in an almost parody of normal life, as if people going about their normal day-to-day business suddenly decided to lie down and take a nap. Belongings lay scattered where they fell from lifeless hands, farming tools lay next to those using them, and cooking fires smoldered in their fire pits. Only the animals sniffing around the periphery and the large number of flies buzzing around gave testimony to the tragedy that happened here.

Ignacio and Angel walked through the village, the former with a monogramed handkerchief covering his nose and mouth. Around them, soldiers searched through the village for any survivors, poking their rifles into huts and the crude corrugated metal buildings. Entire families lay on the ground dead with peaceful looks on their face.

Staying a step behind them, Desmond Cross escorted the President and his body guard around the village along with a couple of PGS security men dressed in black BDUs, dark sunglasses and MP5 submachine guns. The tour through the village stayed quiet, no one wanting to speak and disturb the dead.

The walk only took ten minutes; the village was not much more than a collection of huts around a road. Some farms sat just outside the immediate town square, surrounding the little cluster and Angel had already dispatched soldiers to check on them although the chances of survivors looked to be slim.

The somber parade made it through the main street and Ignacio held up on the outskirts, away from the smell, but close enough to see a dead boy lying on the side of the street…”

We haven’t had a chance to read it yet, but so far it’s entertaining. If you go into it expecting Outlaw Platoon or House to House, you’re going to be disappointed. If you can relax enough to watch a Hollywood gunfightin’ movie somewhere between Tears of the Sun and the Expendables though, you’ll be okay.

We’ll follow up with more from Mercenary Blues later as we are able to read it. Check it out, and check out the whole suggested reading list.

The Nation that makes a great distinction between its scholars and its warriors will have its thinking done by cowards and its fighting done by fools.”  An excerpt from The Peloponnesian War, by Thucydides

We can train on the range and train in the field;
We can toughen our body and our brain not to yield;
You can shoot them and frag them and leave them there bleedin’;
But the good doorkickers know they should spend some time readin’. 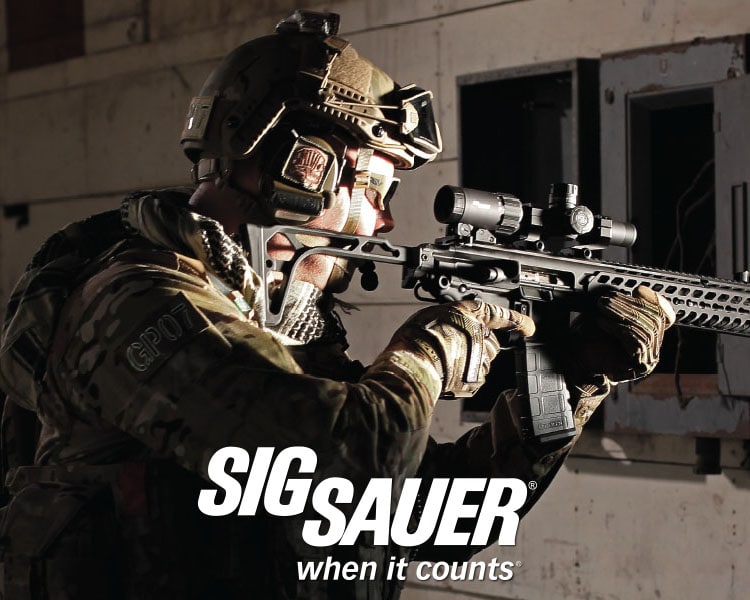 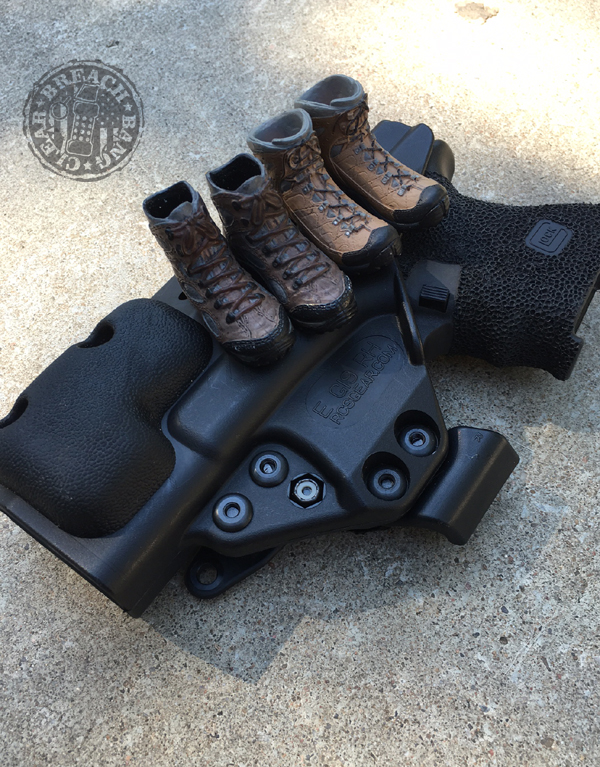 The totality of Raven’s Eidolon