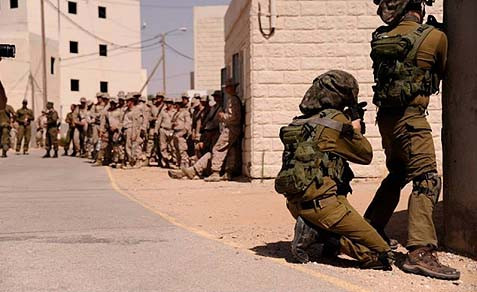 You guys know our opinion of Pete Nealen. He’s written some great op-ed for us in the past, bringing his own mutant-like powers of observation and skewering wit to bear on things. This is one of his best yet. Sequestration and (lack of) money can be as much a drag on good training as Long Rifle/Range Control’s inherent desire to not cooperate. Here are some ways around that; use your downtime and Pete’s suggestions. Mad Duo

I’ve ranted on here about the decline in basic infantry skill several times.  But, as they say, if you’re not part of the solution, you’re part of the problem, so I’m going to start offering some suggestions for NCOs and other small-unit leaders (you LCpl fire team leaders, I’m looking at you) to take matters into their own hands as much as possible to bring their guys’ skill-level up, with minimal hassle, equipment, and few opportunities for higher to say, “No.”

Any infantry outfit has plenty of time spent “standing by to stand by.”  A lot of this time gets used up with working parties, endless cleaning of weapons, and other busy-work.  Why not utilize that time to sharpen infantry skill?

Most units I’ve been around have some sort of “backyard,” a bit of field or forest around their company area that isn’t PT ground, ranges, or some such.  This can become your battleground.  Want to work some urban?  You’ve got plenty of buildings and danger areas around your company area.

You don’t need a lot to practice this stuff.  Draw weapons, have your guys go get their gear, and go to work.  If your armory is particularly anal-retentive about drawing weapons, or you just don’t want to spend the time cleaning that you could spend training, get some rubber rifles (check with your S-3), or, if you can’t pull that off, you can get reasonable facsimiles of M-4s made to shoot BBs for about $50 at Wal-mart.  I’m not saying shoot each other with BBs or pellets.  That could get you in trouble with your command, and part of the whole point of this is to train as much as possible while staying “out of sight, out of mind.”

[You won’t always have the money to train with Givati SF in Israel; and sometimes you need to keep a low profile]

Depending on the experience level of your squad or fire team, you might want to start out slow.  Do your basic fire-and-movement battle drills to warm up.  Once you’re getting in the zone, start concentrating on things that don’t get covered a lot.

Here are a couple of example exercises:

Gurkha Trail: Set up a lane in the woods or buildings.  Pick four or five Marines (or Soldiers) to be the “hostiles.”  Give them time to set themselves in positions along the lane—prone, crouched behind cover, etc.  Make sure they aren’t conspicuous.  If you’re in an urban area, get with anyone working in the S-shops or whatever buildings you’re training around, and have your hostiles intermingled with them.  Then send your team or squad through.  They have to identify each hostile.  To make it harder, use individuals or buddy teams—reduce the number of eyes going through.

Attack/Defend Lanes: Find an area to set up with a reasonable amount of microterrain, cover, and concealment.  You’ll need two referees for this one.  This can be run as a fire team or buddy team exercise.  Split your men in two groups.  One is set in at the end of the lane, as the defenders.  The other group is the attackers, starting at the other end of the lane.  Have one referee with each group.  This works best with actual weapons, cleared for dry-fire.  Once both sides are ready, send the attackers.  Make sure they are using short rushes, crawling where applicable, and using cover as much as possible.  The defenders count a hit when they can dry-fire with a clear sight picture of an attacker.  Once finished, tally up the hits, and critique the attack.  Could they have used cover better?  Shorter/longer rushes?  Crawled to a different position before getting up to move?  Test the limits, and see what works.

These are only a couple of examples.  I’ll have some more ideas coming later, but a good source for more are H. John Poole’s books, most notably The Tiger’s Way.  Poole occasionally goes on weird tangents about ninjas and “secret” techniques, and I don’t necessarily agree with some of his philosophy on war, but if you read carefully there’s a lot of good info, and the good definitely outweighs the bad, particularly in some of his earlier works.  Unfortunately, The Last Hundred Yards is out of print, but you can still find it if you can stomach paying out for it.  If you can afford it, it’s probably his best.

Use your imagination.  A lot of combat is common sense—it just doesn’t get practiced in such a way for that to really be highlighted a lot.  Trying this will make your guys better, and get them thinking.

bout the Author: Pete Nealen is a former Reconnaissance Marine, a combat veteran of both Iraq and Afghanistan and the author of several books. A contributor here at Breach-Bang-Clear for many years now, Pete is a bad ass writer who continues to make the Duo’s efforts look pale and feeble (if less gritty and jaw-clenching-y) by comparison. You can follow Nealan on his own blog, American Praetorians. We encourage you to do so here. His author page on Facebook is at https://www.facebook.com/PeteNealenAuthor. If you’d like to read some of his books, you can start the American Praetorians series (about a PMC in a post Greater Depression dystopia now 4 books long) with Task Force Desperate. He has a standalone action novel called Kill Yuan, which you can find here. You could also do worse than to start reading the Jed Horn series (a supernatural shoot ’em up series now on its 3rd volume) with Nightmares, then proceed with Silver Cross and a Winchester and Walker on the Hills and . His fiction is widely claimed for the realism of its combat scenes — this is no doubt because he hangs around with us. It could also have something to do with his skill as a writer and his background (multiple deployments, qualifications as a Combatant Diver, Navy/Marine Corps Parachutist, Marine Scout/Sniper and S/S team leader, Combat Tracker, et al). Continue below to see the only picture of Nealen smiling. Ever. 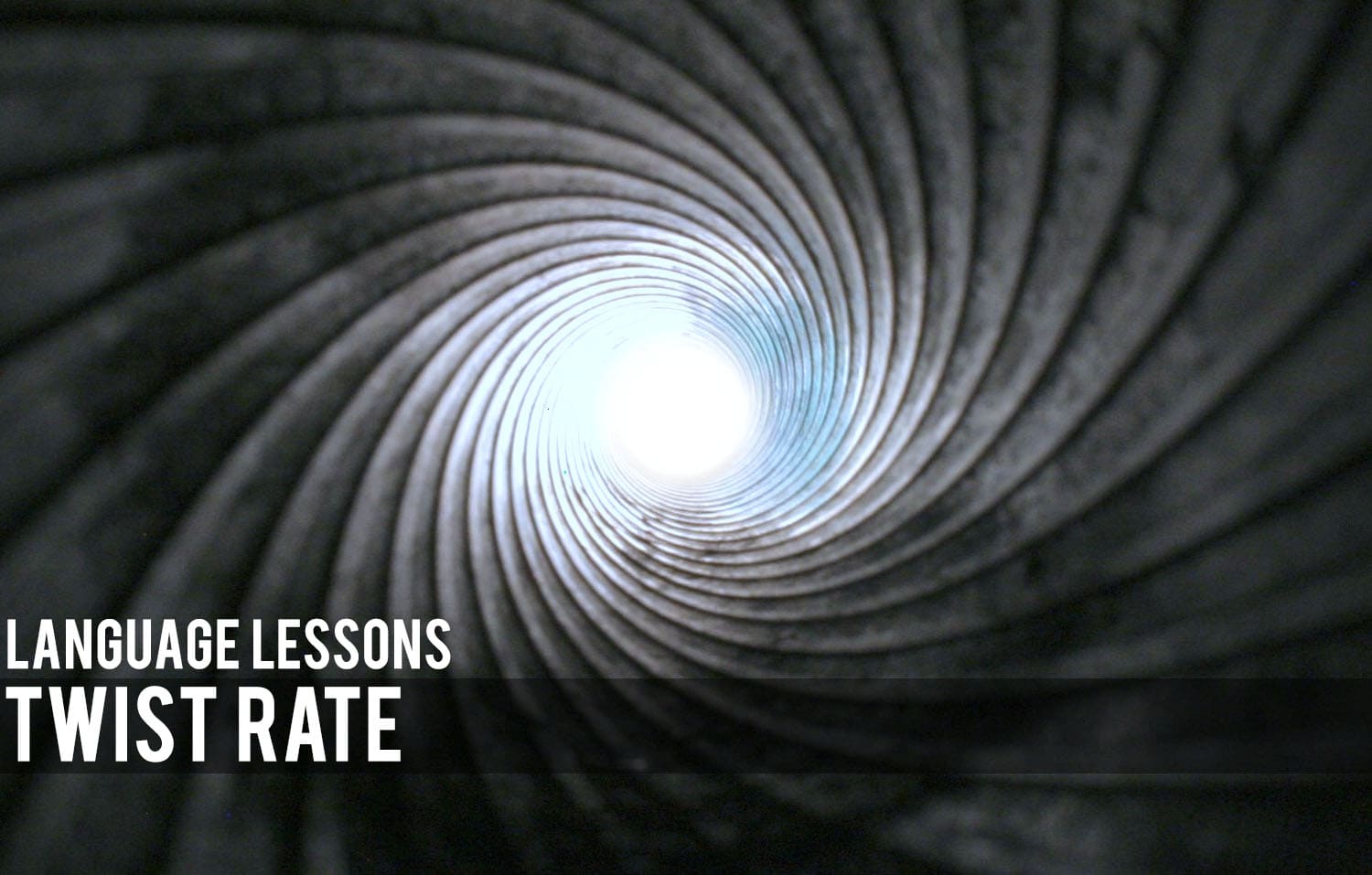 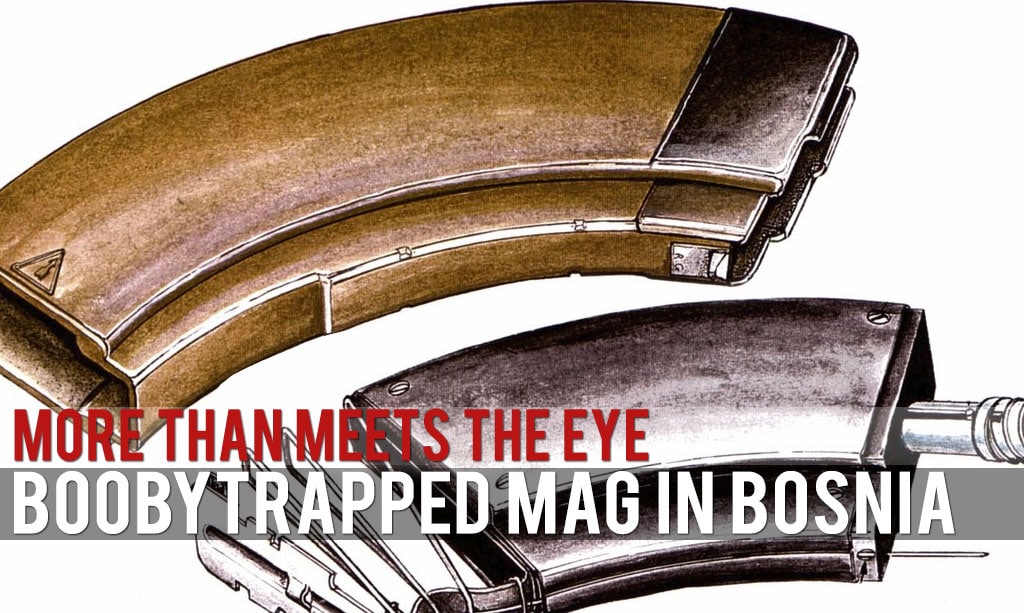 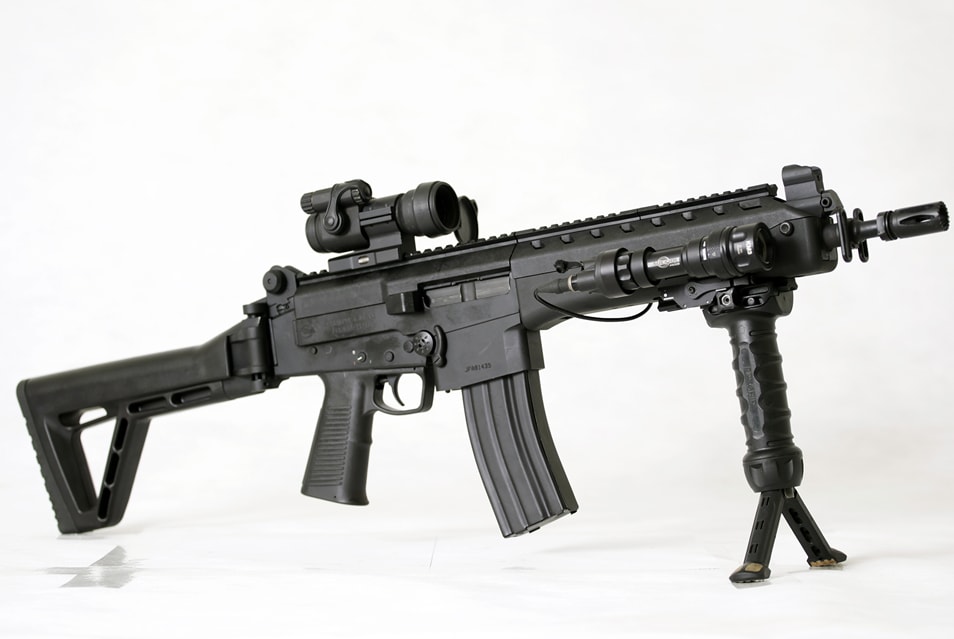