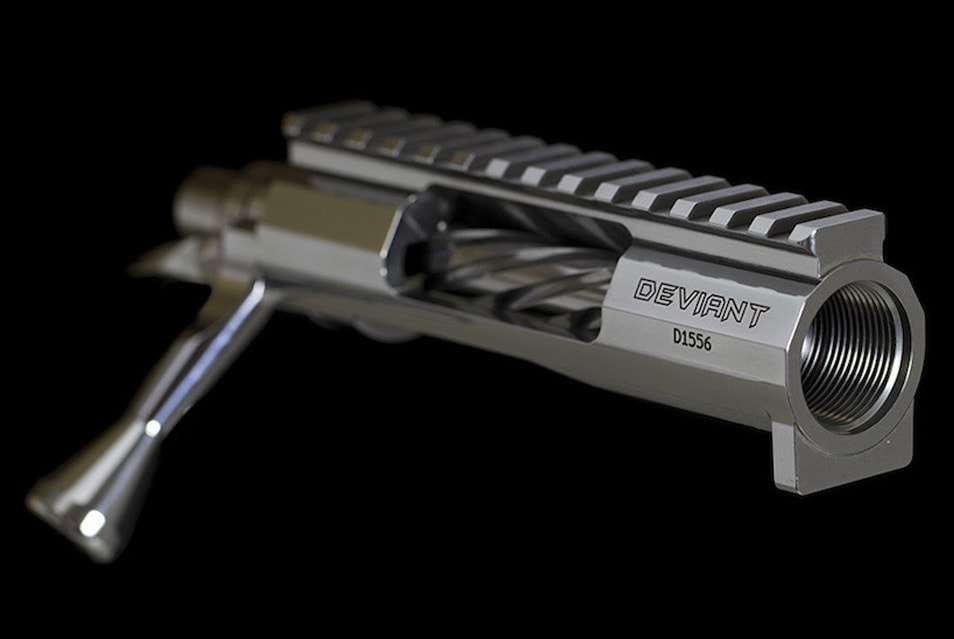 I don’t typically require much prompting for a reason to build another long-range rifle. SOCOM choosing the .300 Norma Magnum (NM) was a pretty good push. Who doesn’t want the ability to launch 200+ grain, high ballistic coefficient (BC) projectiles at over 3,000 feet per second? Well, SOCOM snipers decided it sounded appealing enough to ditch their aging .308 (7.62mm) and .300 Win Mag rifles for a next generation rifle system. But it isn’t necessarily a caliber you can run down to the local gun store and pick up a rifle in.

It’s not really a caliber you can easily get ammunition for, either. Some “factory” rifles are available from Accuracy International, Desert Tech, and similar high-end manufacturers, and when the military fields it I am sure the ammo availability will improve as well. So, I decided to start from scratch and select each part for my dream .300NM.

While the chassis, barrel, and trigger are important, and will be reviewed in due time, the heart of every rifle is the receiver you choose to build it on. When starting down this journey you have to decide whether to start with a factory action or rifle like a Tikka, Savage or Remington or to start with a billet custom bolt action. 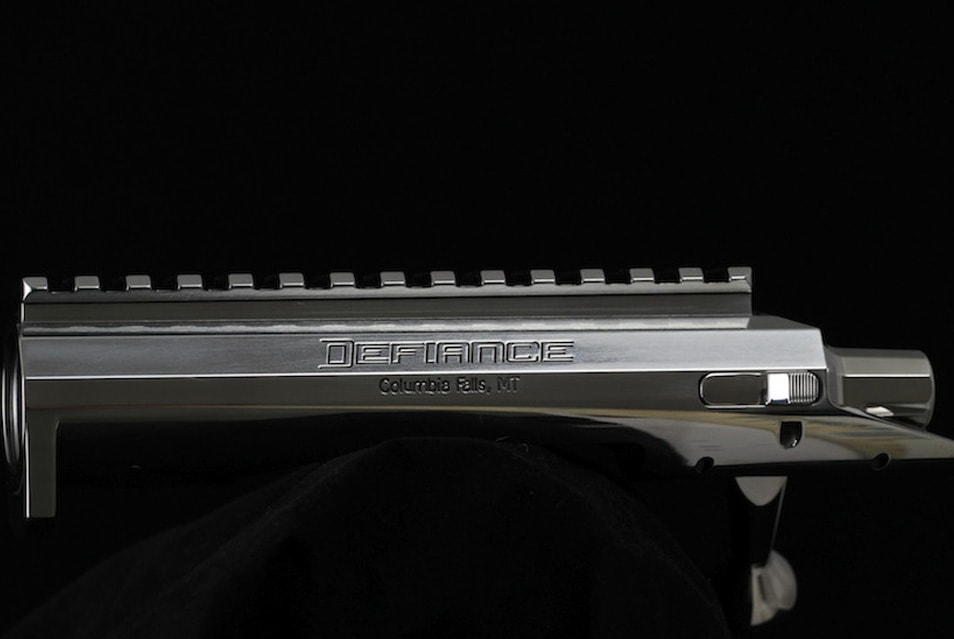 Much like the AR15 boom of the last few years, the expansion of the long-range precision rifle sports has machine shops all over are jumping at the opportunity to make money. The bulk of it is in production of Remington 700 clone actions. The market gains new options in the receiver market almost daily. This wasn’t always the case, and until recently if you wanted a good custom rifle action there were limited places to go. However, the experience required to truly make a receiver with consistent tight tolerances is no easy feat. Glen Harrison saw an opportunity within this limited market.

“The Defiance story is a journey. Glen’s work began as a dinner table conversation, as he tried to explain the emerging technology of computer-aided design and manufacturing. Using the example of a typical gun action, he explained how CAD/CAM would allow drastic improvements. And so a company began to grow from a single designer, with contracted manufacturing, to a world-class company that now employs more than a dozen skilled professionals, running top-of-the-line equipment, producing custom bolt actions with those elusive tight tolerances that gun builders, competitive shooters, marksmen, and hunters demand.”      – Defiance Machine

Glen started making custom rifles actions in 1992 when he founded Nesika Bay Precision. After selling Nesika, Glen started Defiance Machine and has been at it ever since. Based out of Columbia Falls, Montana with nearly two dozen employees and just as many CNC machines, Defiance is producing arguably some of the nicest custom rifle actions available.

Defiance actions can be seen in almost every rifle sport including PRS, benchrest, palma, 1000-yard benchrest and silhouette matches. Each action is ordered individually from a long list of custom options. Using a unique computerized ordering system, each action is assigned a number and that action is then made individually in their machines to that customer’s individual specs. Custom options available for each action include different bolt fluting, shroud shapes, bolt faces, Picatinny rail cants, bolt angles, ejection port shapes, rear tang shapes, and bolt noses. This ability to modify each action individually, instead of just manufacturing in large batches, allows each customer to order exactly the action they want.

“But why select a custom action, such as a Defiance for a build, when a Remington complete rifle can be had for around 500 dollars?”

A Remington action has long been the standard for military and civilian precision rifles, and many gunsmiths have made a living building very accurate rifles on them. I’ve shot more than a couple factory Remington guns that performed superbly right out of the box, but I have also shot just as many that didn’t. The key with Defiance is their consistency in manufacturing. Remington looks to put out a “good” factory product at a reasonable price. As a result their acceptable tolerances are much lower than that of a quality machine shop or gunsmith shop.

Any reputable gunsmith will end up truing and blueprinting almost every Remington action before they even begin building a custom gun. This requires squaring up the contact surfaces of the lugs, as well as the front of the action where the recoil lug makes contact. Then the gunsmith will replace the recoil lug with an aftermarket one. The scope base screw holes on top of the action aren’t always actually in the true middle of the top of the action and sometimes must be redrilled and tapped with oversize holes to center them up, and then a new scope base is added. If the customer wants options such as a side bolt release, or oversized bolt knob, these options then must be machined into the action. The Remington actions also utilize only a two-piece bolt, which has been known to fail, and the bolt handle sometimes breaks off.

Aftermarket bolts can be purchased, but this as well as all the prior fixes to make the Remington action a good base for a custom rifle cost money. By the time the customer pays the tab the cost has worked its way pretty close to being the same cost as a custom receiver with more options and made from stronger higher quality materials.

I have personally had guns built beginning with actions from Remington, Savage, Badger, Stiller, Surgeon, Bat, Accuracy International, Tikka, and at least a couple others. It would be stupid to say there aren’t a lot of nice options to choose from. I am, however, confident saying you’d be hard pressed to find one nicer than a Defiance. Defiance offers multiple action variants for everything from lightweight hunting rigs to heavy tactical or benchrest actions. Having built multiple guns off their Deviant action, it wasn’t a hard choice what to use for my 2,000-meter big magnum build. The Deviant .338 action required for .300 Norma maintains a Remington long action footprint allowing the end user to choose from any of the popular chassis or stock companies. 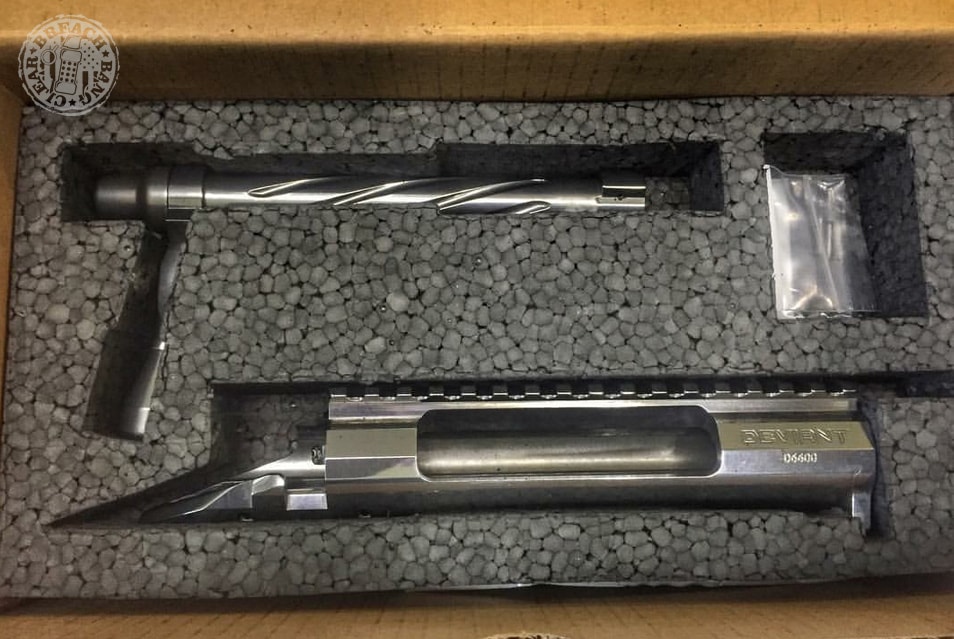 Defiance doesn’t just produce another Remington clone, they took the time to make some changes. The Deviant is one heavy duty action, utilizing a .750 bolt with wider lugs to give greater shear strength with the big magnum calibers. Defiance also designed their bolts to incorporate a guided firing pin, which means the tip never leaves the small hole. This makes the actions more accurate and the firing pin more durable. This can be especially helpful if you dry fire a lot, to keep from possibly doing damage to your firing pin. Defiance also designed the primary extraction stroke to be farther than the competitors to assist in reliability.

Defiance allows you the choice of a 0, 10, 20, or 30 MOA base, which allows, more travel in your scope, giving you more adjustment in your scope for greater distances. This comes in handy when building a big magnum with the sole purpose of reaching out a long ways to say hello. Having the base and recoil lug incorporated as a part of the billet receiver also eliminates any possible failures associated with those parts. Using the recoil lug as part of the action also allows for deeper threads to screw the barrel into, which creates a more stable base and helps to increase consistency between barrel and action. Simplicity and consistency is key in any precision rifle, and these small features help ensure you’re starting with the most consistent and reliable base for any custom rifle build. The action is also built like a tank, which is what I would expect and prefer when building a high end custom magnum rifle. The machining is impeccable, and the care and attention taken is evident even in an unfinished action that’s heading off to my chosen gunsmith shortly.

There are always a million ways to accomplish any goal. There are other actions out there that in the end will also still result in large bullets traveling a long way. While sorting through the list of possibilities, it’s nice to know that the company you’re choosing has the experience and knowledge to give you a superior product. Defiance has the experience, and does everything they possibly can to give you the strongest and most reliable platform.

I would not hesitate to recommend a Defiance action for your next build of any caliber. 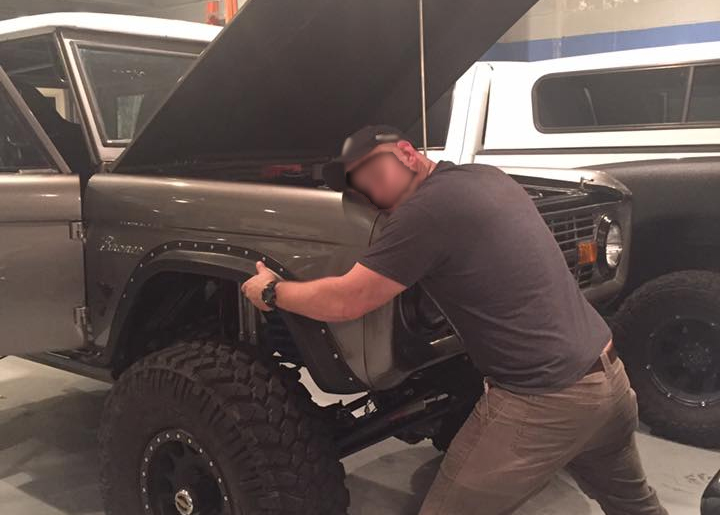 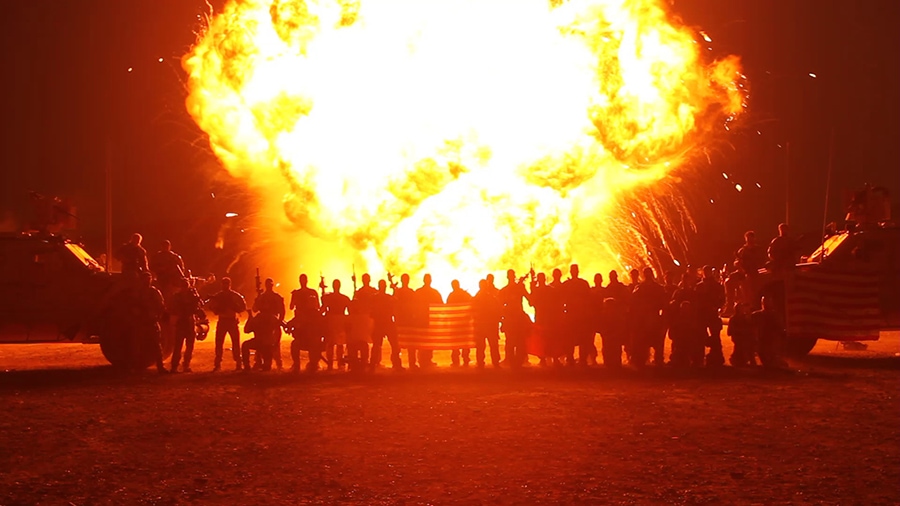 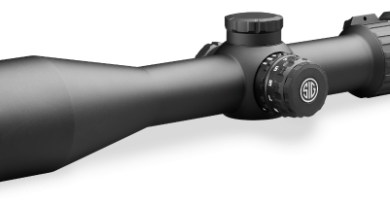 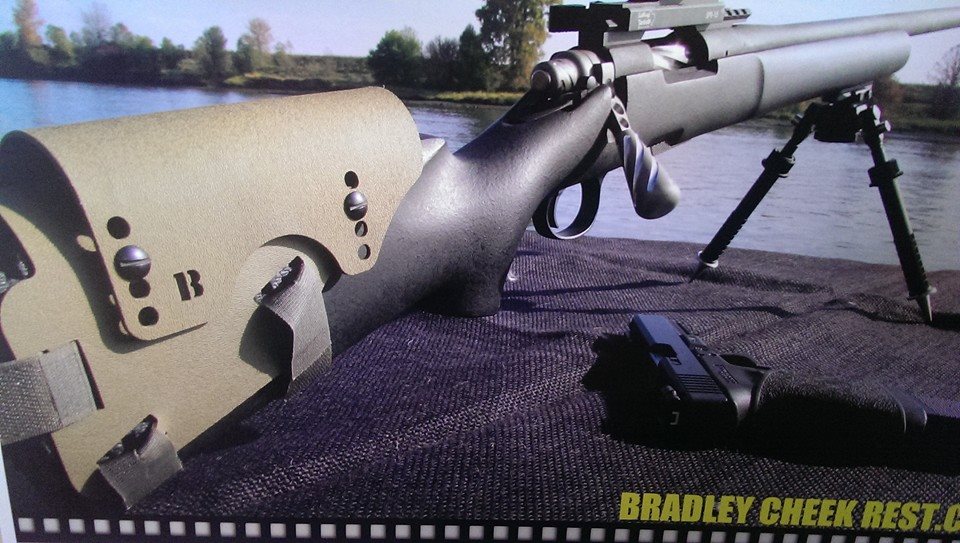 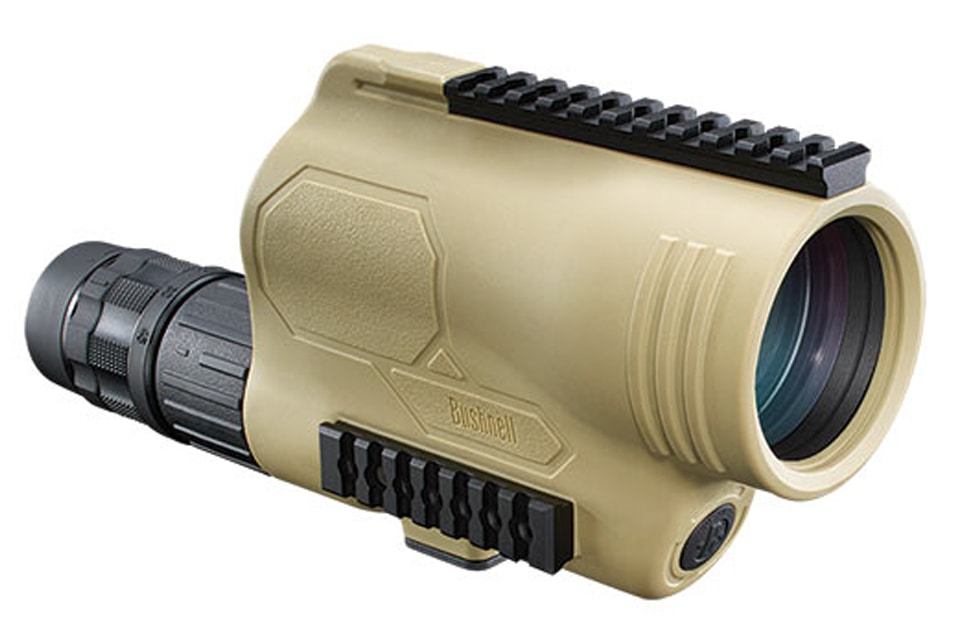