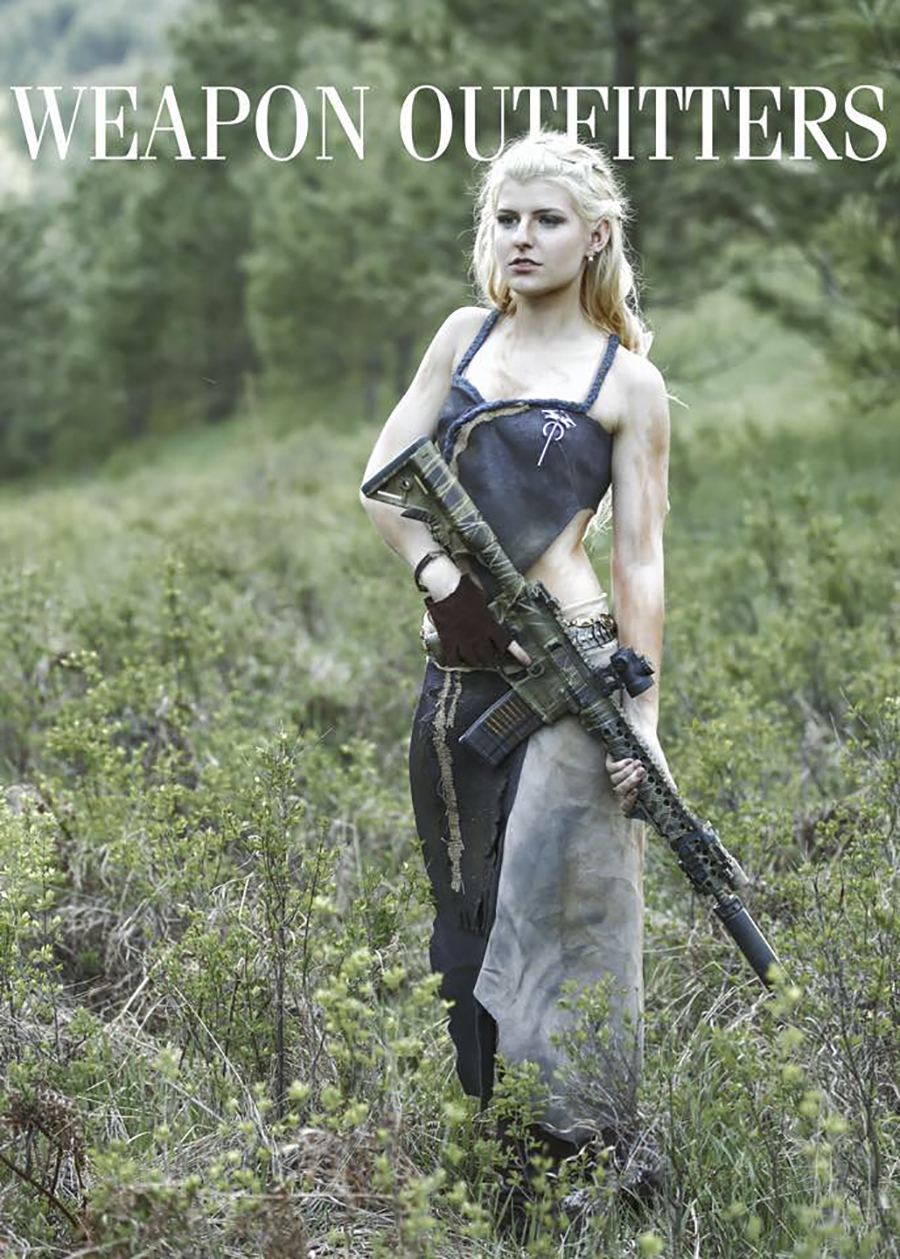 Assorted Ramblings
June 26, 2016July 14, 2019 Mad Duo 0 Comments Tactical Tyrion
No, we’re not starting “Fiction Friday.” Not yet anyway. Besides, today is Sunday (which means the season finale is tonight!) As for this piece, well…Fan fiction is usually pretty awful, and there’s no real excuse for us publishing any, but here we are. It was as good an excuse as any to showcase our Tactical Daenerys t-shirt. If you were wondering what Daenerys Targaryen might be wearing when she jocks up to go shoot people in the face, here’s a look. What can we say, we have many a nerd in our ranks. Maybe the model in the pictures (Alaska Mauve, photographed by Roy Lin of Weapon Outfitters) will distract you from the terrible prose — or even convince you to give us some of your $$$$.  Mad Duo

Goghor the Giant was strangling a man when Brown Ben Plumm tried once more to dissuade her.

“Your Grace, we should not even be here,” Plumm said, for the third time. It seemed to her more like the thirtieth, though the old mercenary meant well. An amiable mongrel with a seamed face the color of old teak, he was far more wont to speak his mind than the others. “So far from home with so much at stake.”

The dying man kicked as he was throttled, his feet scraping across filthy brick. Goghor was holding him three feet off the ground, at arm’s length, and apparently without effort.

Daenerys forced down her temper for the third time, though it felt more like the thirtieth, and smiled with some true warmth. Here in Meereen in such paltry numbers, she knew he meant, without gunships overhead and a QRF on fifteen-minute strip alert to come to our aid—to your aid—if we need it.

“Perhaps once you are safely back home, where you are needed,” he murmured earnestly. “Perhaps then Rakharo and I could bring a team back here…”

Fire and blood, she thought, and cut him off with a gesture.

“I am only a young girl, and young girls are not wise in the ways of war,” she said softly, her eyes far harder than her voice, but patient — if barely — yet. “But even a young girl knows a Khaleesi does not send the blood of her blood to places she Herself is too timid to go.”

“Aye, your grace,” he said softly as Goghor lowered the man he’d killed slowly to the ground. “But here you are not a Khaleesi. You are, as best I recollect, a queen.”

He was no doubt correct. Queens do not ordinarily do wet work, even those accompanied by a score of the most dangerous soldiers in the world—but she was no ordinary queen.

“Me nem nesa,” Ko Jhaqo muttered slightly, nodding almost imperceptibly in agreement with her words. It is known. But there was doubt writ beneath the burn scars on his face if you knew what to look for. He was brave and brutal as any Dothraki born on the Sea of Grass and more of a killer than most, but Drogon had taught him once the foolishness of disobeying the Mother of Dragons. The loss of his left arm at the elbow had been the price of that chastisement; he might easily have been burnt and eaten whole.

Plumm scratched at his speckled grey-and-white whiskers, cocking his head.

“Your grace,” the old mercenary began again but stopped short as her eyes flashed.

Her fingers were tapping angrily against the butt of her SBR when she fixed him with a stare like teeth baring. Plumm was no fool. He stopped talking.

He’d gainsaid her once before and lived when he’d abandoned her service with the entirety of the Second Sons. That sort of betrayal left him alive only on her thinnest sufferance, and only because he’d brought the PMC back though. She was not like to forgive, nor he to survive, much again.

Fire and blood, she thought, and whatever was writ on her face made him step back.

Plumm nodded his acquiescence and turned to Goghor, who waited in deathly stillness on the far side of the hovel door. Goghor the Giant was no true giant she knew, not as the Westerosi Northmen knew them. but he was more massive than she thought any mortal man had a right to be. A fighter since he was half a child, Goghor had a ring in his nose like a bull and half a hundred scratches on the butt of his Dornish PredatOBR, each someone he said he’d killed in her service. He swore he’d killed his first man at six and she had no cause to doubt it. He was there because Strong Belwas could not be, just as Brown Ben was there for Ser Barristan, Jhaqo for Rakharo and Hero for Gray Worm. There was no one within half a thousand miles of the Gulf of Grief who did not but know that the queen would never venture forth to war without her counselors, greatest generals and most dangerous bloodrider at her side. And so, those men remained behind. They were unhappy, worried and wroth but they were being seen.

Which meant no one expected her in Meereen. Certainly not by those who had tortured and killed her consul and all those sworn to him. The Bloody Masters had been joined it was said by a red priest of the Moqorro Heresy, and even by certain Gold Graces. They had flensed her envoy in strips while he’d hung suspended from hooked chains, keeping him and his retainers alive in torment for days until finally burning them the Red God’s way, in a gilded cage atop a pyre.

It was a lesson, they’d said, a lesson in blood and fire. They’d boasted openly of it to any and all who would listen.

Blood and fire. Fire and blood.

If Meereen’s king had not been complicit in the death of the ambassador, he had at least done nothing to stop it. Without his tacit approval, even the Heretics of Moquorro would not have dared stretch the ordeal out so long. That too demanded an answer.

Daenerys had left the vile and corrupt city behind once before, thinking never to return, but some wrongs demanded more than simple justice.

Tumco Lho defeated the locks on the door, three of them where there should hardly be one and far better than anything that belonged on this side of the river. Lho was black as maester’s ink and cleverer by half than any smuggler or thief. If there was a lock he could not defeat he’d yet to meet it. He eased the door open, dropped quad-tube NVGs down over his eyes and slipped inside, quiet as a cutthroat. His suppressed Braavosi Conger spat thrice within, muted 5.7 coughs in the darkness, then he called them quietly within.

Dany watched Tumco move to the stairs through the grainy view of her goggles. The Bastard of the Boneway followed, looking every inch a man who’d spent a lifetime fighting in a land of sand and scorpions and bleak red mountains, even through the weird green light of their goggles. Mossador and Stalwart Shield followed, then Goghor, then Daenerys herself, though Brown Ben and Hero would have forestalled her. She ignored their gestured remonstrations and stepped through the archway, forcing them to content themselves with placing Jhaqo and a silenced Arakh hard on her heels.

She dipped her chin and Tumco stepped down through the archway.

Down they climbed, surrounded by colored bricks half as old as the world, down into tunnels delving beneath the Skahazadan. They descended into catacombs that had likely once quartered Ghiscari Imperial legions in the days of the First Dragons, though now they stank of piss and old despair. Below the river and the ancient massive walls that once girded the greatest city of the Bay they walked and Dany’s fury mounted with every step.

A man – or a queen – could walk from beneath the slums of the new city, pass under the city walls and thence to nearly anywhere in the city and never come up above ground. One pathway led from certain old chambers below the river islands, now piled high with garbage, to the Merreq Pyramid, a half score of city’s ancient fighting pits and the tumbled ruin of the Yherizan Pyramid where once the dragon Rhaegal had laired.

One could walk below miles of noisome alleys, each lined with half a thousand wretched hovels, and never smell a trace of them. And so they did. By the hour of ghosts, they were well within Meereen’s walls and climbing silently like dead things up from the crypts of Merreq.

When Daenerys Stormborn, the Unburnt, Queen of All the Andals, the Rhoynar and the First Men, Mistress of the Summer Sea, Khaleesi of the Great Grass Sea, Breaker of Shackles, Scourge of Great Moraq and the Jade Gates and Mother of Dragons stepped into the Meereenese night, something high above screamed vastly. An immense black shadow drowned the moon and trailed across the city. Man and beast quailed at its passage though none knew why.

“Fire and blood,” she said. She spoke almost too quietly to hear as a score of killers spread out around her.

I will teach them much and more of fire and blood. 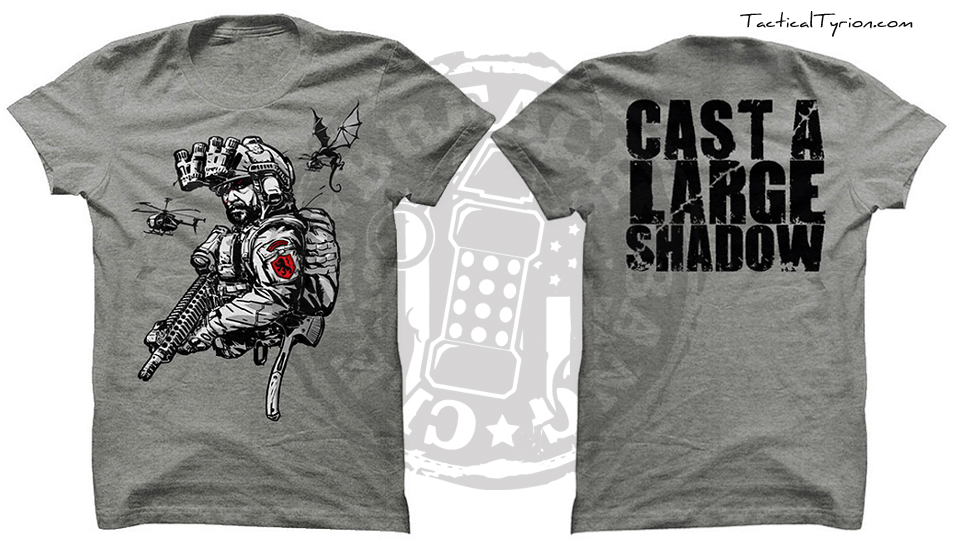 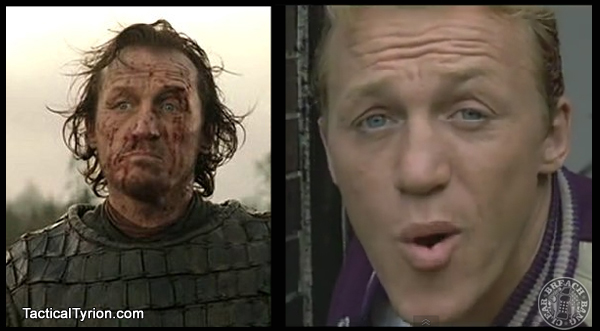