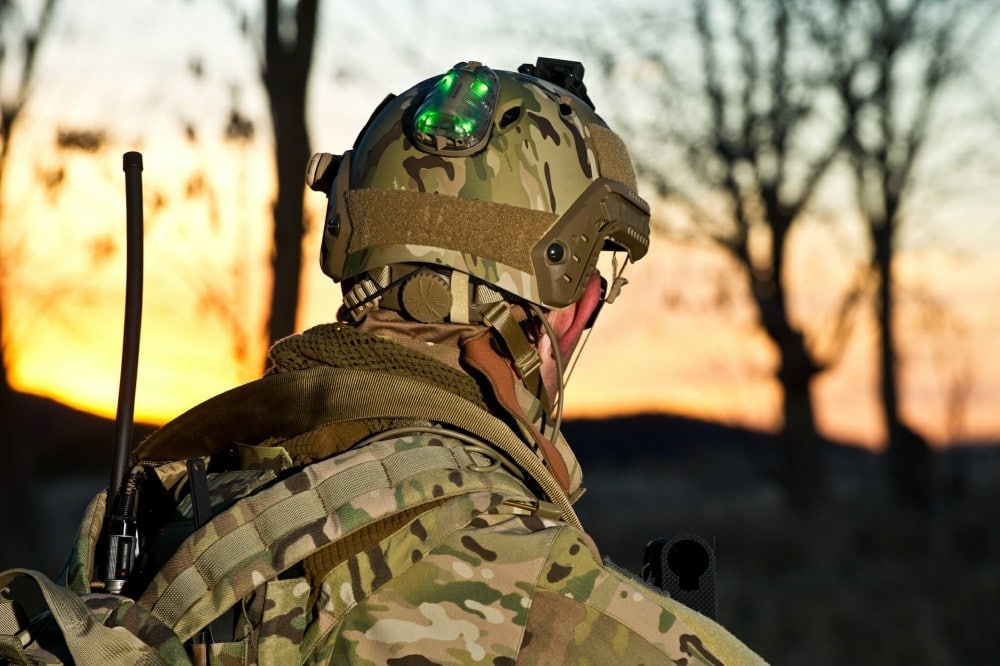 Many products are invented out of necessity, especially when it comes to safety equipment. In the tactical world, safety equipment usually isn’t at the top of the priority list. Weapons systems and the offensive end of things usually are.

As important as it is to have the best capability to end a threat to your survival, devices that increase your safety shouldn’t be ignored, as they can be just as crucial in many ways. 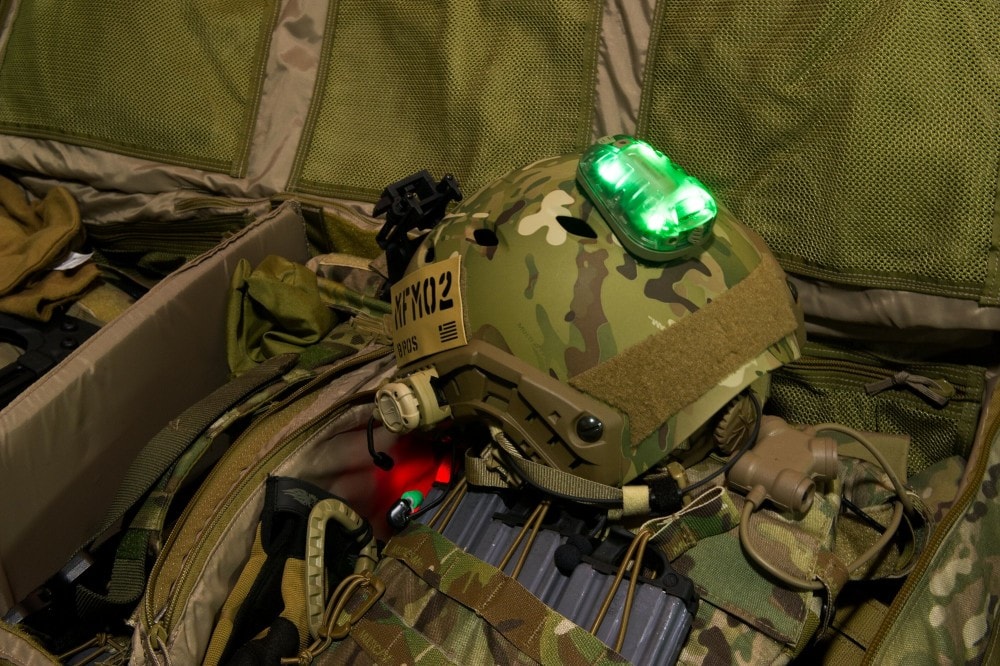 CORE Survival is a small American Business that started back in 2004 by making a product to meet a specific need for the US Air Force Special Operations Command or AFSOC. Before their first prototypes of the HEL-STAR 4, USAF Para Jumpers or PJ’s and many others in the Special Operations Community were using duct tape to attach MS-2000 IR strobe markers and chem light sticks to their helmets. Tragically one PJ was killed during a HAHO or High Altitude High Opening jump when his marking device that was taped on his helmet got caught up in the riser of his parachute.

Marcia Baldwin is the President of CORE Survival. She worked closely with the US Air Force and the AFSOC community to develop a solution that would keep Operators safe during free fall operations. They worked with their end users and took all of their feedback to improve upon the prototypes in order to develop the right product for their customers. What came about was the HEL-STAR 4, a low-profile visible and IR marker that can attach to helmets and other parts of kit with velcro backing. The HEL-STAR 4 is a marker with two modes and next came the HEL-STAR 5 with three modes. The user can choose among various different models for the modes that work for them. The HEL-STAR 5 was very successful and both HEL-STARs 4 & 5 are still in use today with updated models. 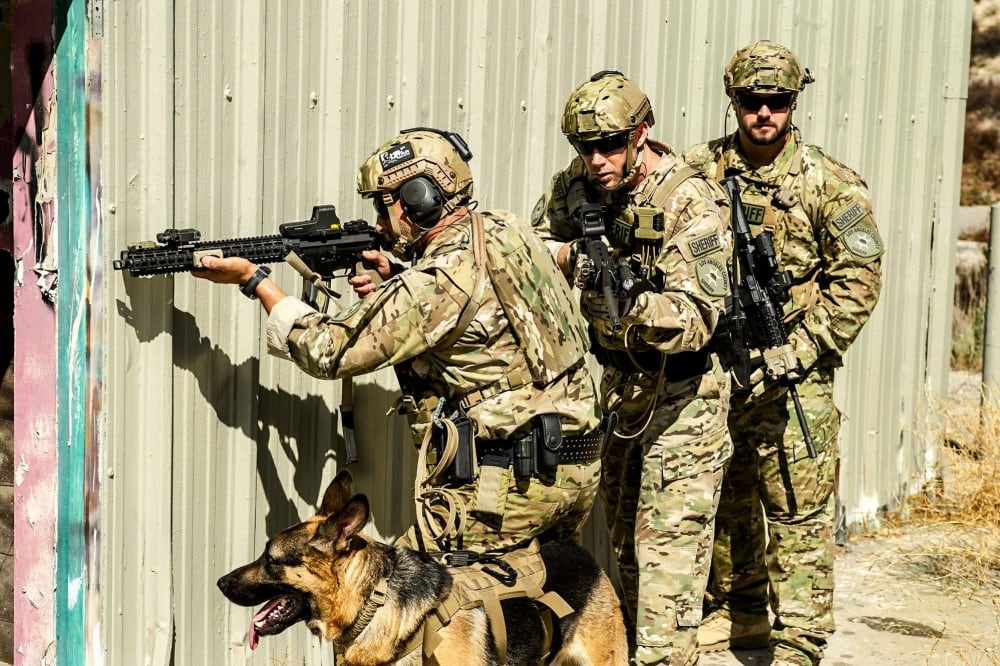 With improvements in technology and different user requirements, the HEL-STAR 6 was introduced in the line-up. It is a compact unit that has less of a footprint than the HEL-STAR 5 and has the capability of being omnidirectional in emitting IR or visible light that is visible at the FAA required of three statute miles and is waterproof up to 130 feet of water in the open ocean (lab tested to 300 swf). It also attaches via velcro and has spaces for a lanyard for extra security. 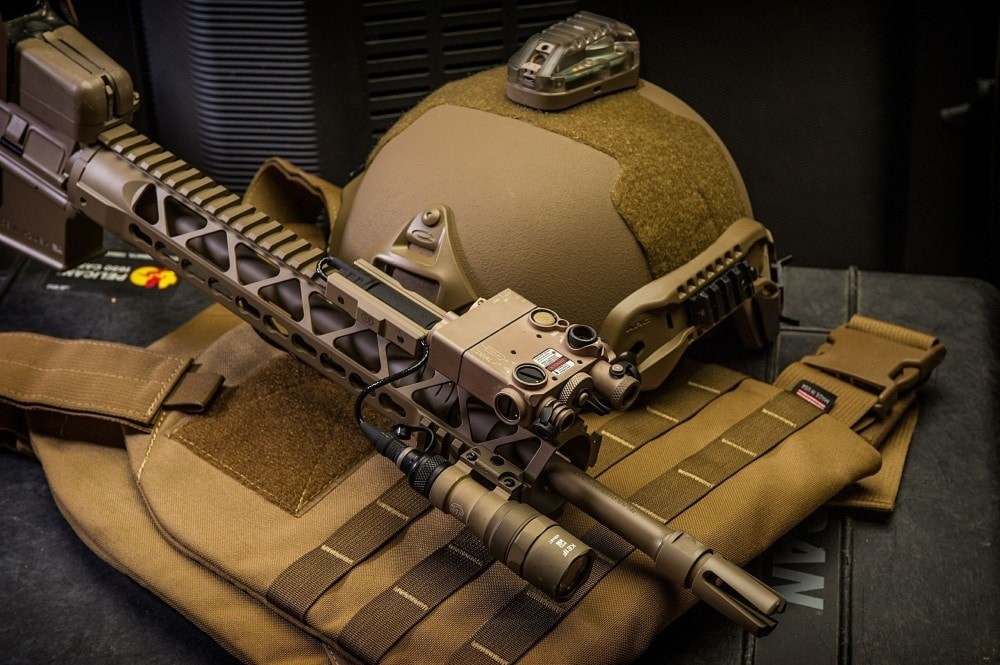 The HEL-STAR markers didn’t just stay put in the special operations community, it found roles to play in Law Enforcement, Search and Rescue, and civilian market. 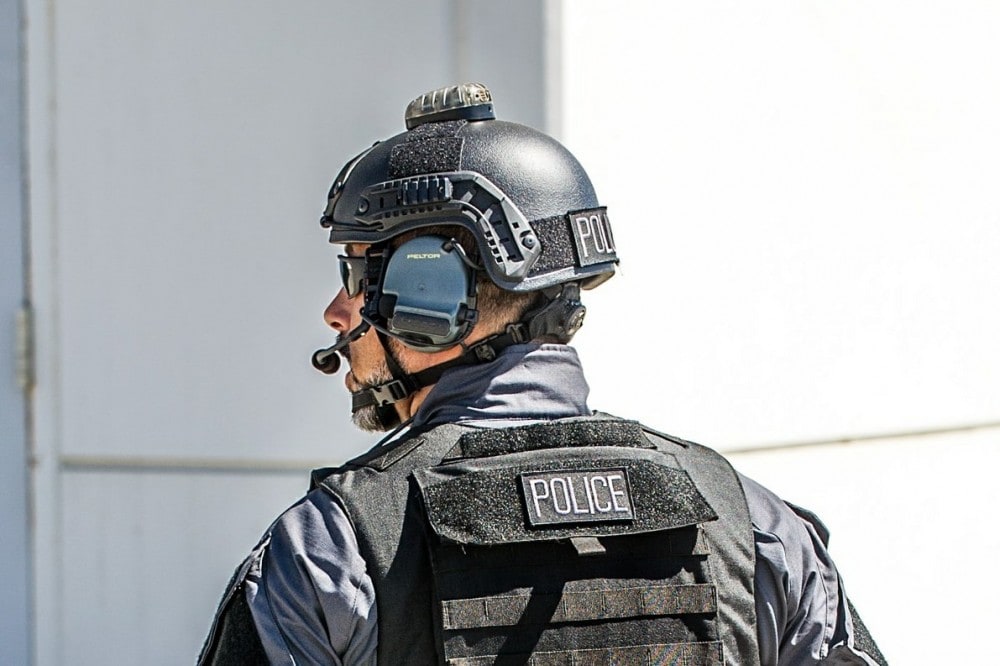 With more SWAT Teams running Night Vision Devices, having an IR IFF marker adds to officer safety. Several teams across the US employ the HEL-STAR 5 and 6, that number is growing. Just recently, my friends at the Orange County Sheriff’s Department SWAT team got outfitted with HEL-STAR 6’s for the entire team. They use them as IFF markers in IR when they are using NVGs. They also are very active with the aviation unit and use the HEL-STAR 6’s visible light feature when they have deputies on the ground on rescue operations. 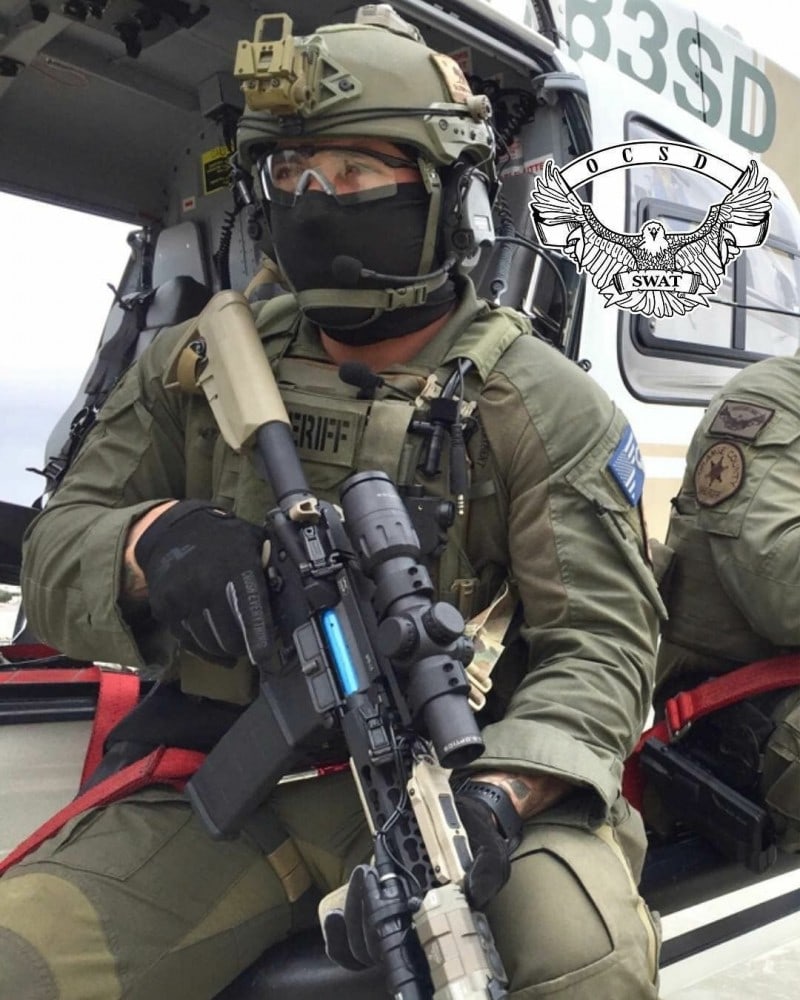 I have both the HEL-STARs 5 and 6 on my helmets. I have the 5 on my work ballistic helmet to be easily spotted by air support if need be. My HEL-STAR 6 is on my training helmet for range safety when it starts to get dark while you’re going down range to fix targets etc. you can never be too safe. From my experience with the HEL-STAR that I own, they are very durable and well-made. I am hard on my gear, not to see if they’ll break, but to use them as intended, however, it doesn’t come close to what they have been through and currently experience with those in the Special Operations Community. 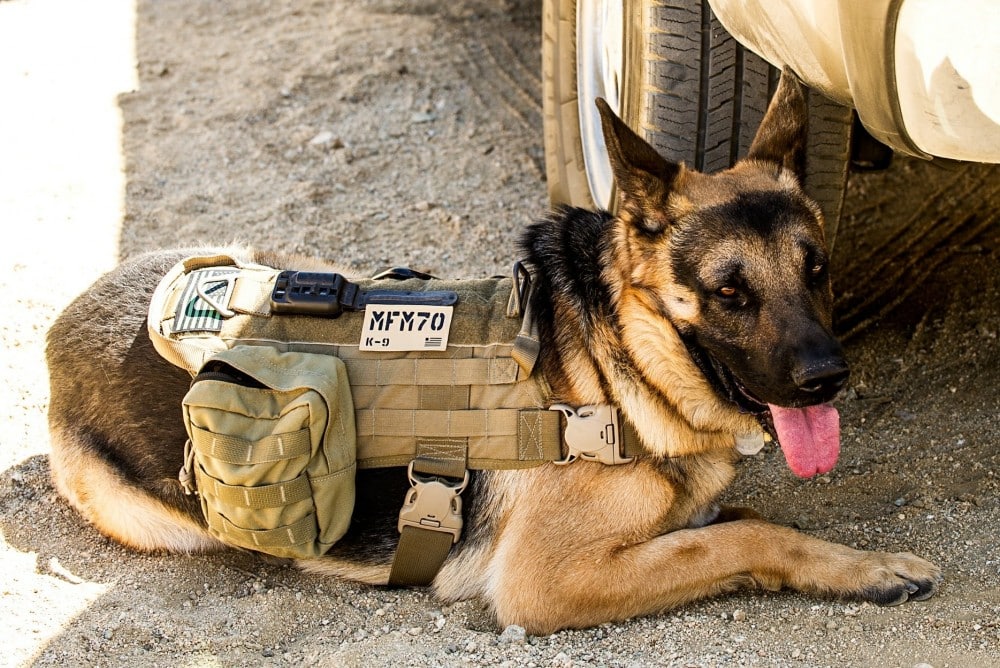 Both the HEL-STARs 5 and 6 continually go through upgrades over the years. For latest from CORE Survival, I spoke to Jamey Caldwell, a Special Operations Veteran and Director of Military and LE sales earlier this year at SHOT Show. I cover their latest versions, the HEL-STAR 5 EXO and HEL-STAR F² which you can read right here.

There are a vast number of options when it comes to models available for HEL-STARs. This gives the end user the ability to pick which specific functions, colors, and features they need.

Both the latest versions are available with programmable models that allow the user to customize their HEL-STAR to their specific requirements themselves. 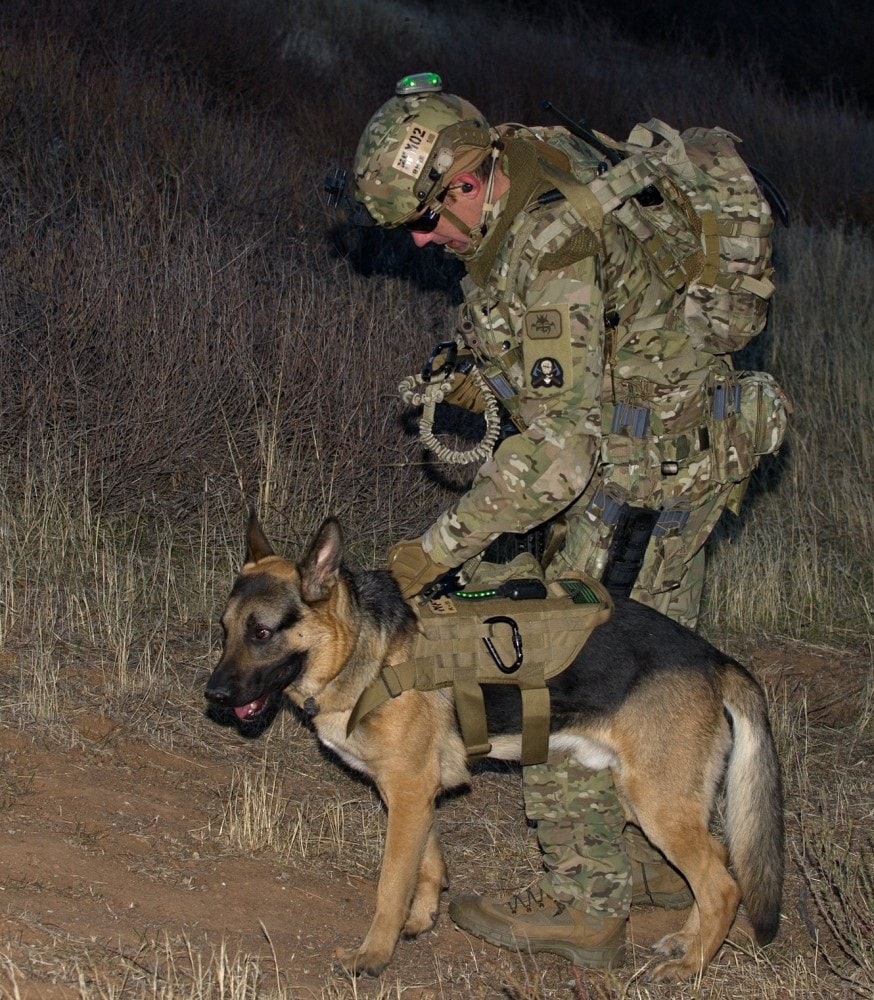 The HEL-STAR Gen III has an MSRP of $180 and street price around $165. It is on the pricey side of the spectrum for gear, but it is of the highest quality markers that you can find that is designed and made here in America. Whether you’re a member of the Special Operations, Law Enforcement, Skydiving, 2A Community, the HEL-STAR series of markers will make you more visible to your partners, aircraft or rescuers depending on your application.

The CORE Survival HEL-STAR series of markers started out as a solution for SOF Warriors and has found new ways to serve many different end users. From allowing USAF PJ’s to see one another during free fall operations, to reducing friendly fire with IFF, to assist in search and rescue operations, the HEL-STAR are keeping those that employ them safe. They continually go through upgrades to become even better than their previous generations. What is available now is a cumulative representation of the most recent electronics and operational experience from those who have used them all over the world.

For full product details and where to find dealers, check out their website.