Brownells: Serious about firearms since 1939 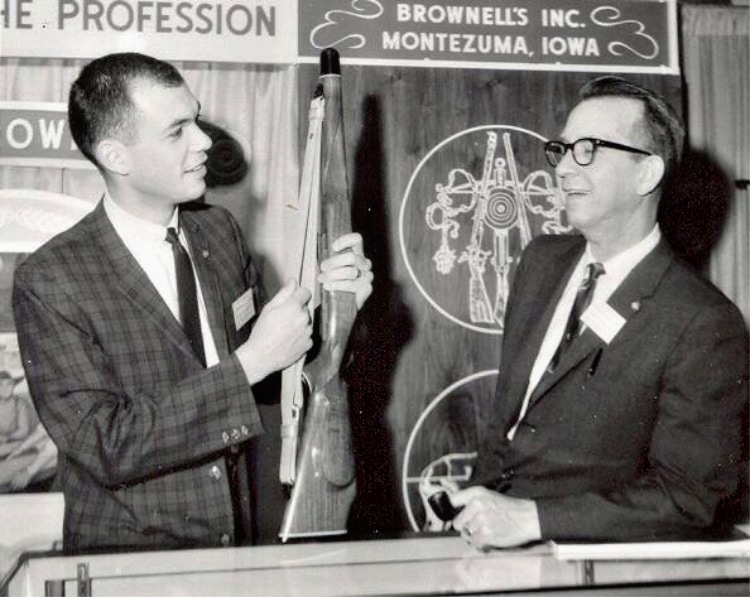 For over 75 years, Brownells has been providing quality Gunsmithing tools, gun parts, and service to the firearms industry. The company’s commitment to customer service and quality is one of the highest in the industry. For nearly 30 years of that history, I have been a huge fan. When our editor here asked me to do a piece explaining my perception of Brownells, and why I have such a strong opinion about ’em, I was only too happy to comply.

Article by Mike Searson with additional imagery and research by Stephanie Kimmell.

How I found Brownells

Back before there was an internet and my time in the Marine Corps was coming to an end; I enrolled in a gunsmithing correspondence course. It was mostly a lot of reading and small projects involving checkering, filing and fitting firearms parts.

Another Marine saw a walnut stock blank I had been practicing my checkering on and asked me what it was. He was an armorer, so I told him and the next day he gave me some checkering files that were better than the ones I had been using. I asked him where they came from, knowing that Marine Corps armorers were not in the business of checkering wood or carving stocks. Walt mentioned that he got them from a place called Brownells.

Being a bit naive, I asked him if that was a local company. He laughed and said, “No, they’re out of Iowa and if you are serious about becoming a ‘smith, you better get acquainted with them.”

He came back later that night and handed me their catalog from the previous year as he had just gotten a new one. It was an unusual but distinctive format. Its oblong shape with wide pages printed on thick stock paper became something I would look forward to every year, like an 8-year-old waiting for the Sears Wishbook two decades earlier! This was the early 90s and was about a perfect snapshot of the firearms industry at the time. It had pages of 1911 and revolver parts, barrel blanks in everything from 17 Remington to 460 Weatherby Magnum, Ruger No. 1 actions and of course tools, stocks, chemicals for bluing and buffing machines.

The next few years of my life were a bit tumultuous, but I found myself working on a gun and in need of a few things I could not pick up at any of the local shops. So, I called Brownells to place an order and found they did not have an item or two in stock. I asked if they could send me an updated catalog and have been on their mailing list ever since. Of course, I continued the tradition of handing off my old catalogs to other aspiring ‘smiths and firearms enthusiasts whenever a new one came in.

Bob Brownell was a shooter and hunter who owned a gas station in Montezuma, Iowa, back in the 1920s and 30s. He was, likewise, an amateur gunsmith who tinkered with guns on the side and did good enough work that he started doing small jobs for friends. By 1938, he hung up another shingle offering his services to the public. 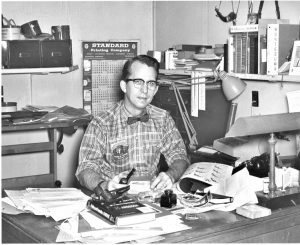 In his never-ending quest for quality tools, he would always buy extras when he could find them for his friends who were fellow ‘smiths. By 1947 he published his first catalog as “The First and Only Complete Gunsmiths’ Supply House in the World.” Four years later in 1951, he shuttered his gunsmithing business in order to concentrate on selling gunsmithing supplies and the first warehouse was an old movie theater that had gone out of business. 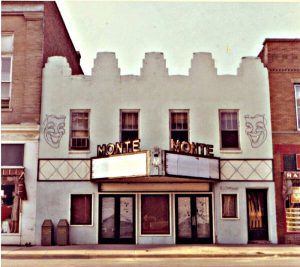 Additionally, Bob included inserts in his catalogs called Gunsmith Kinks that were full of tips and tricks for gunsmiths. They were technical yet written in an easy to read format and included notes and letters from his customers as well. I still have a three-ring binder full of these that I use every now and then when working on something. 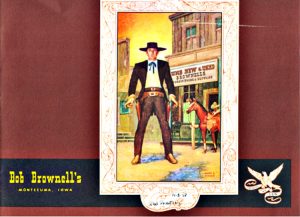 The cover of the Brownell catalog #10 featuringBob Brownell as a cowboy standing in front of the storefront. Image credit, Brownells, Inc.

Aside from the catalogs and tech tips, Bob was a noted author in his own right. He was Gun Editor for The Sporting Goods for over 12 years, Gun Editor for Shooting Industry for two years and he edited and published The Encyclopedia of Modem Firearms, Parts & Assembly in 1960. 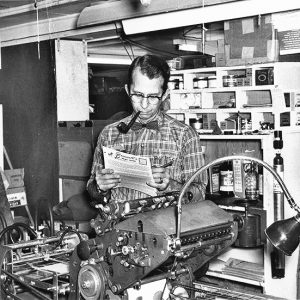 His son, Frank, signed on full time in 1964. Within the next ten years, the family business moved into a purpose-built factory that they expanded twice over the next decade. They expanded research and development efforts to produce the best tools that they could. By this time, Frank Brownell became President of the company and Frank took the lead as Chairman of the Board. The company began selling gun parts at this time. Before you knew it, Brownell’s was the go-to place for gunsmithing supplies and parts. They didn’t only sell factory replacement parts from all the major manufacturers. They also sold custom parts for building the ultimate custom rifles, shotguns, and handguns.

The company began to recruit talented gunsmiths from all over the United States as Gun Techs. In an interesting development for its time a customer could call and ask advice for issues they ran into while working on projects or repairs.

A huge turning point for the company happened in 1991. Bob Brownell passed away and Frank became President and CEO. Ever the innovator, Frank transitioned the company from the old school methods of handwriting orders to online computer systems and eventually the Internet. He also saw the value in one-stop shopping and added accessories such as holsters, scopes, and knives to the lineup. 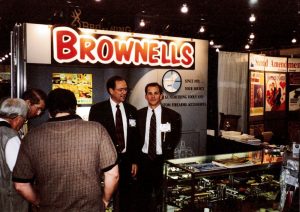 In 2011 Brownells got into the ammunition business. After numerous expansions, they opened an additional warehouse in Grinnell, Iowa, in 2013. 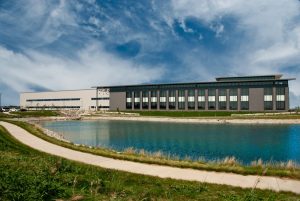 The company continues to expand and bring customers what they want. Not only with parts, tools, firearms, and ammunition, but with their unparalleled focus on providing the best customer experience.

I just placed another order with them about 10 minutes before I wrote this article. Although it was online and done with a credit card, the customer experience was as pleasant as it was 30 years ago placing one over the phone with one of the company’s friendly representatives.

I wish more companies conducted their business this way. 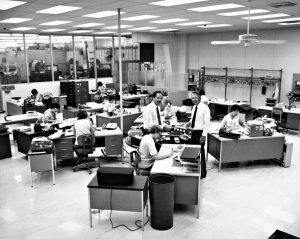 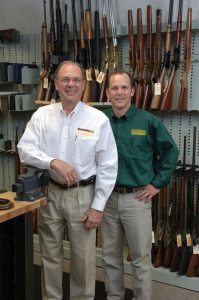 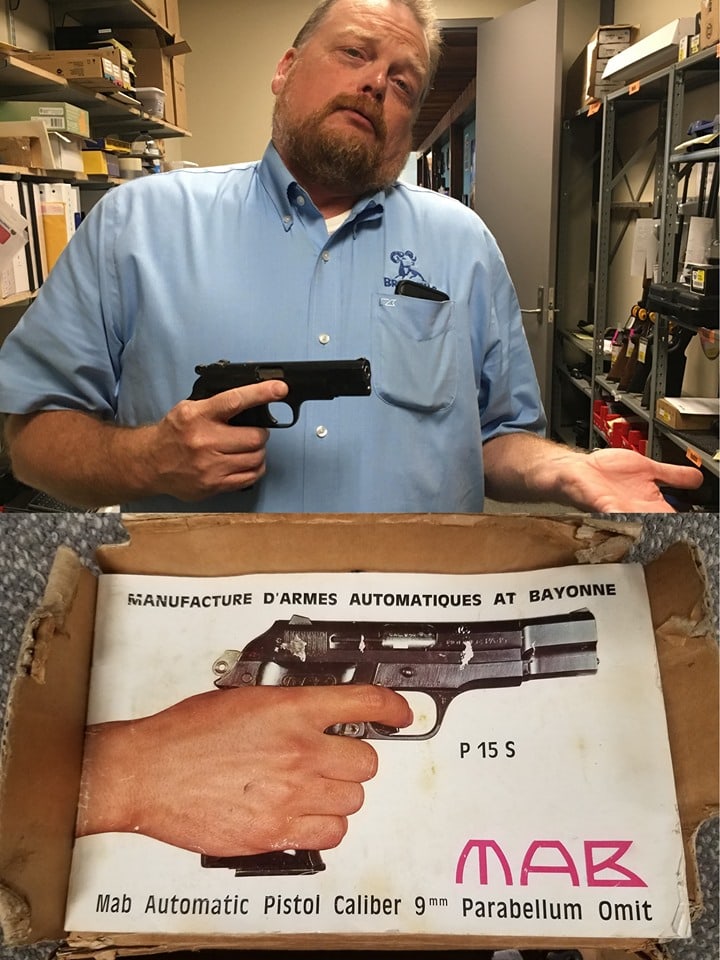 Brownells’ own Roy Hill – just one small example (well, not really small) of their superior customer service and leadership. We’re not entirely sure what Roy does at Brownells but we damn sure like the way he does it. 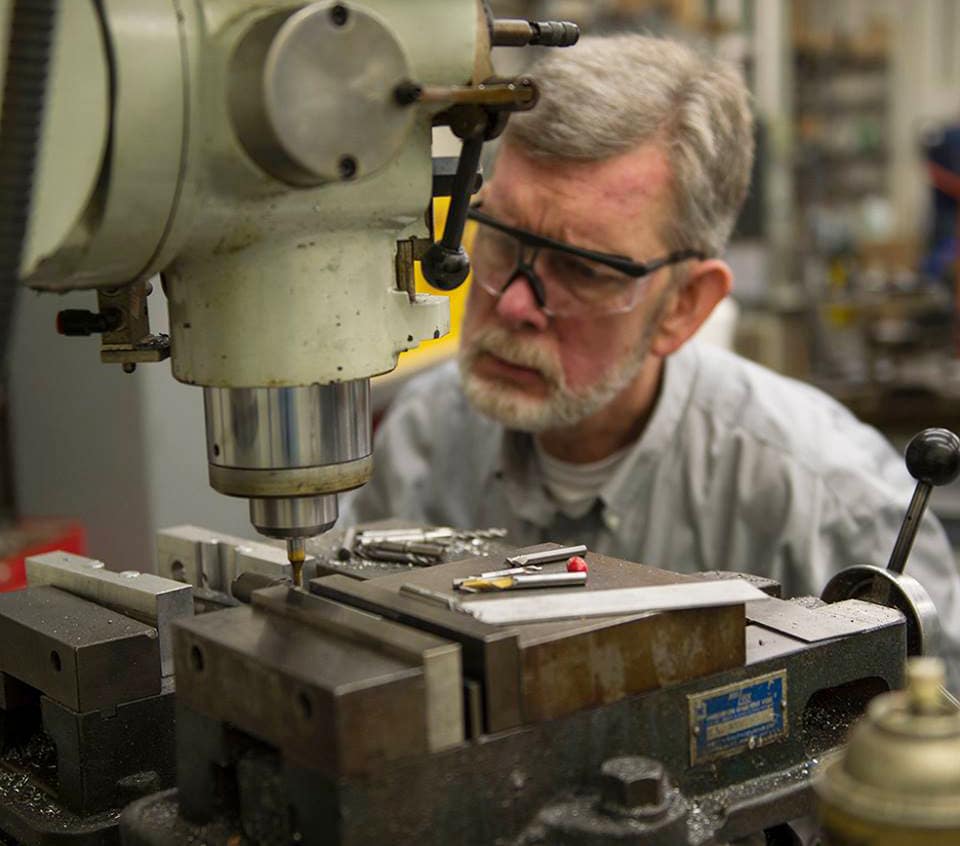 Steve Ostrem – a gun tech at Brownells, occasional video host, and (with Bill Dolworth and Rico Fardan) a founding member of “The Professionals.” Ostrem is one of the most knowledgable people in the industry. 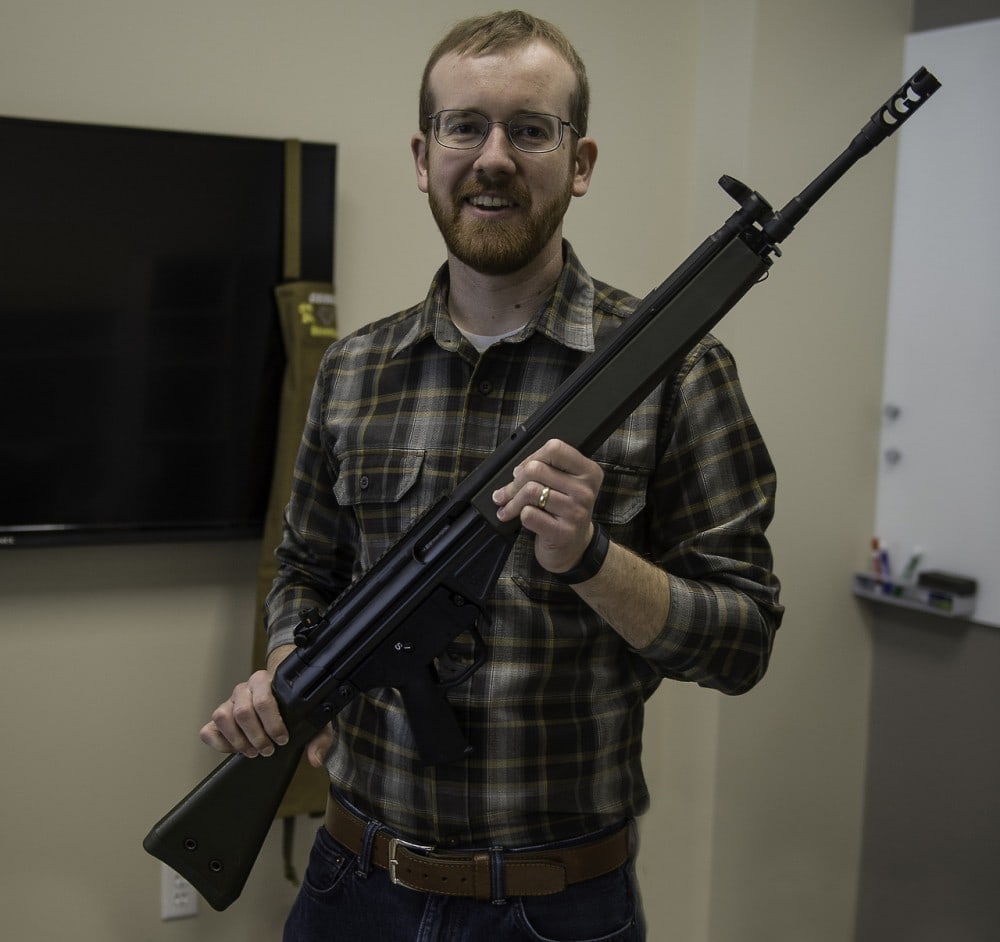 Another example of the quality of Brownells staff – Paul Levy, whom many of you will recognize from all those Brownells videos. We got this picture off Tumblr, true story. He’s probably not on Tumblr for the reasons you’re thinking…probly. 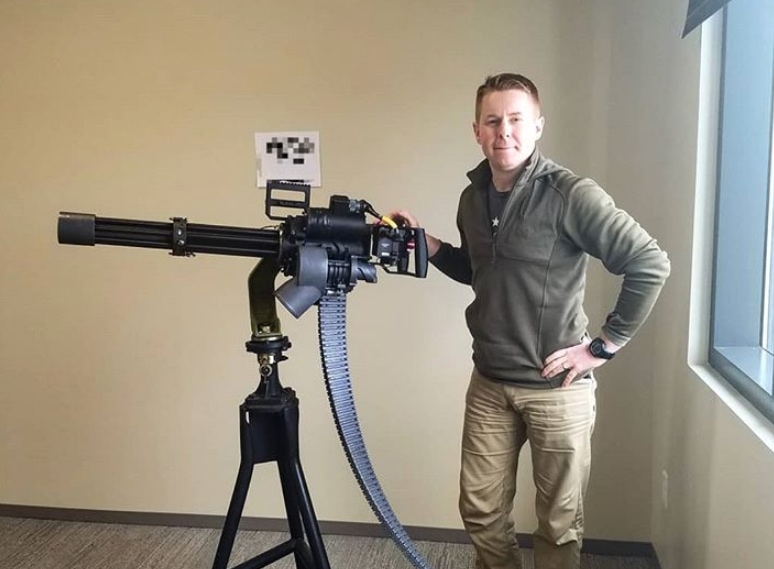 Though not everyone knows it, Brownells has actually been infiltrated by the Soulless Ginger Insurgency (SGI), which also has operatives at Raven Concealment Systems and Blue Force Gear. Thankfully Simon (seen here rehearsing for something dastardly) has used his powers for good, not evil (so far), helping to make our relationship with Brownells awesome. 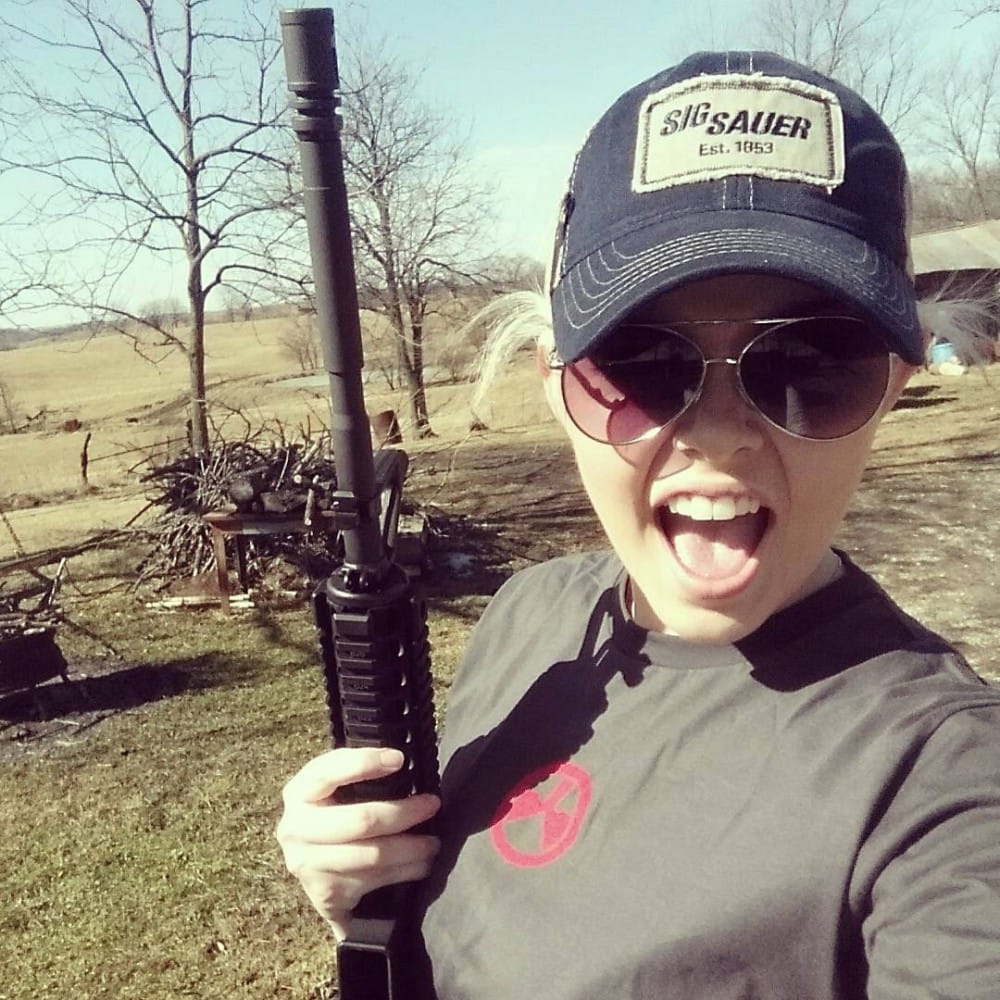 Alyssa is part of the Brownells team that builds “Dream Guns.” She built one for herself and named it Bellatrix. We’re not sure, but the symbolism may lie on a couple different levels there.

You can buy from Brownells, or not. If you do, though, do us a solid – do it through our link. You’ll be helping support us.