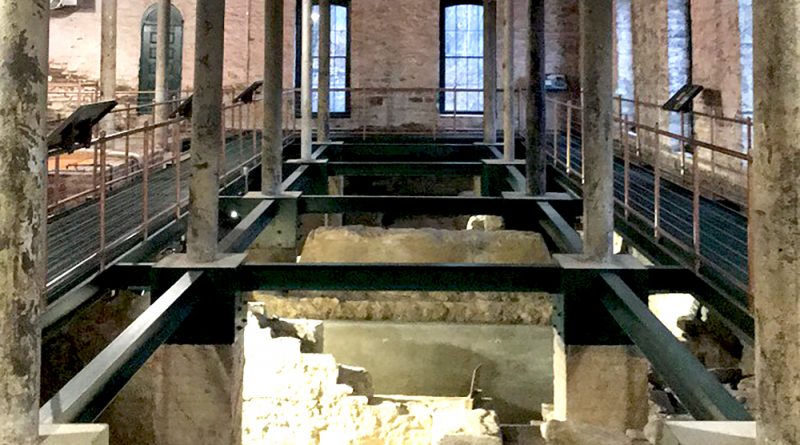 Buffalo Trace Distillery is putting an original fermenter back in action after a century of neglect, and before too long we’ll be able to sample the whiskey that results.

The fermenter was dubbed “Bourbon Pompei” after its discovery in 2016 during renovations to the O.F.C. building. The fermenter, one of several built on the banks of the Kentucky River by founder Colonel E.H. Taylor, probably between 1869 and 1873. 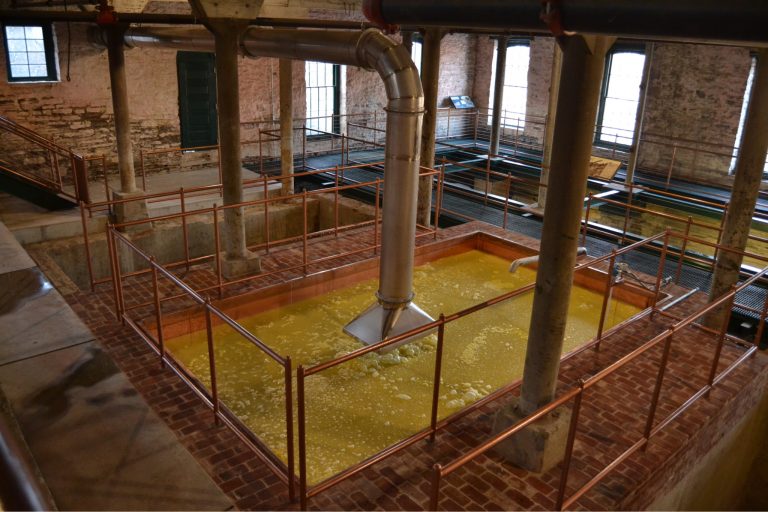 Originally a brick pit lined with copper used to distill sour mash bourbon whiskey, the fermenter was part of a network of bricks, limestone structures, and hand-chiseled walls found as workers began digging to reinforce load-bearing walls of an old building.

That find is believed to date back to the time of a fire that destroyed the distillery in 1882. After examination by historian Carolyn Brooks and excavation by bourbon archeologist Nicolas Laracuente, Fermenter No. 7 became the focus of a restoration program to bring it back online. 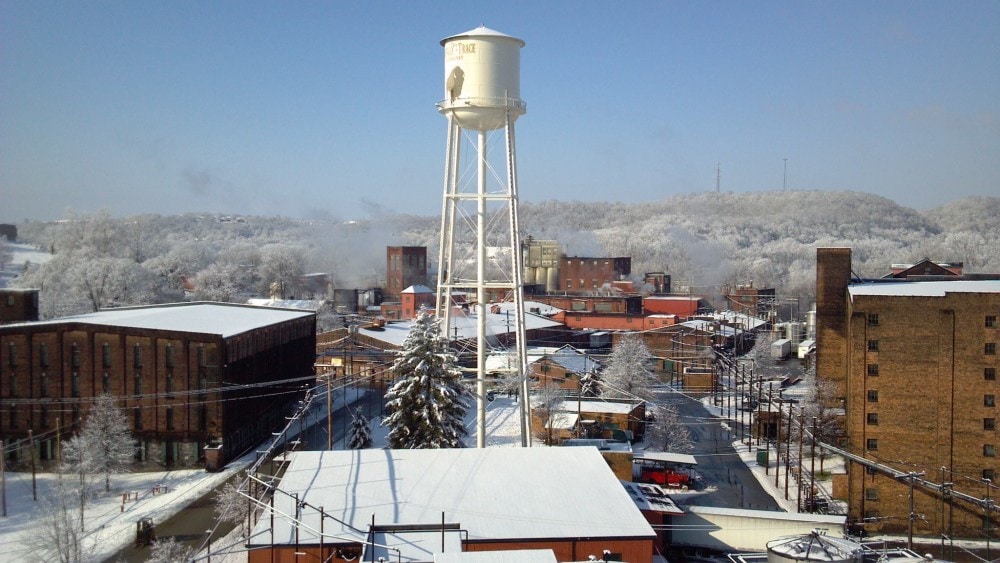 Going forward, the Distillery intends to produce Old Fashioned Sour Mash the same way their founder did 150 years ago. They received a patent pending status on that sour mash process in 2017, and on January 10th of this year filled the fermenter for the first time since the 19th century.

Now, these photos aren’t quite apropos in a historical context, but they’re interesting nonetheless. This is a look behind the scenes elsewhere at the Buffalo Trace Distillery’s micro-distillery:

Tip of the hat to Caroline Paulus of The Bourbon Review! 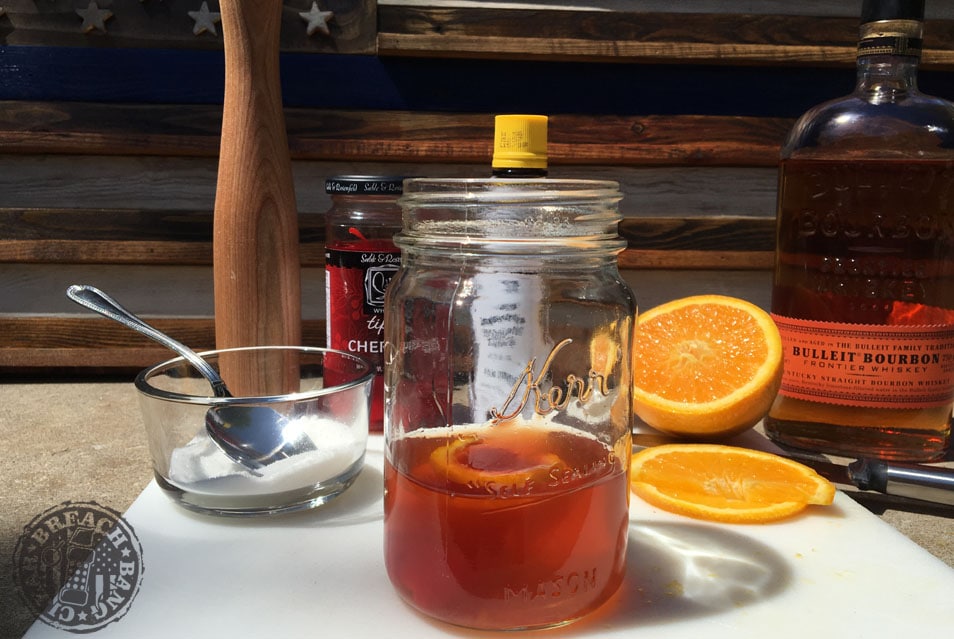 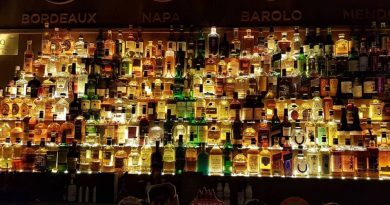