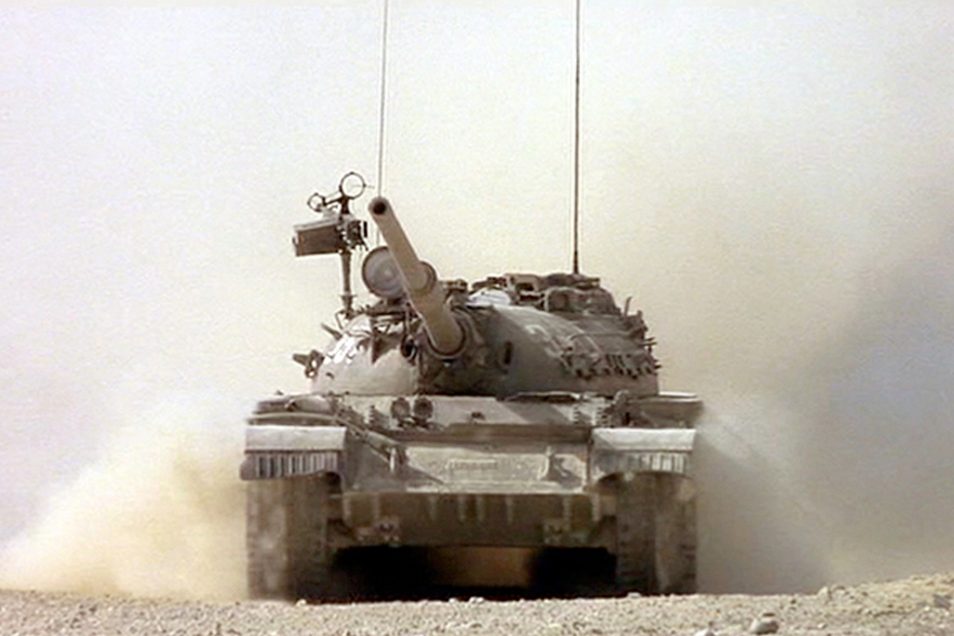 Today the tremendous talent of Mike Durand joins us once again to break down a modern tanker classic: The Beast. While you’re at it, reacquaint yourself with his work by digesting The Browning Hi-Power: A Love Story .

Want a tank movie? Check out The Beast

When you’re wounded and left on Afghanistan’s plains,

And the women come out to cut up what remains,

Just roll to your rifle and blow out your brains 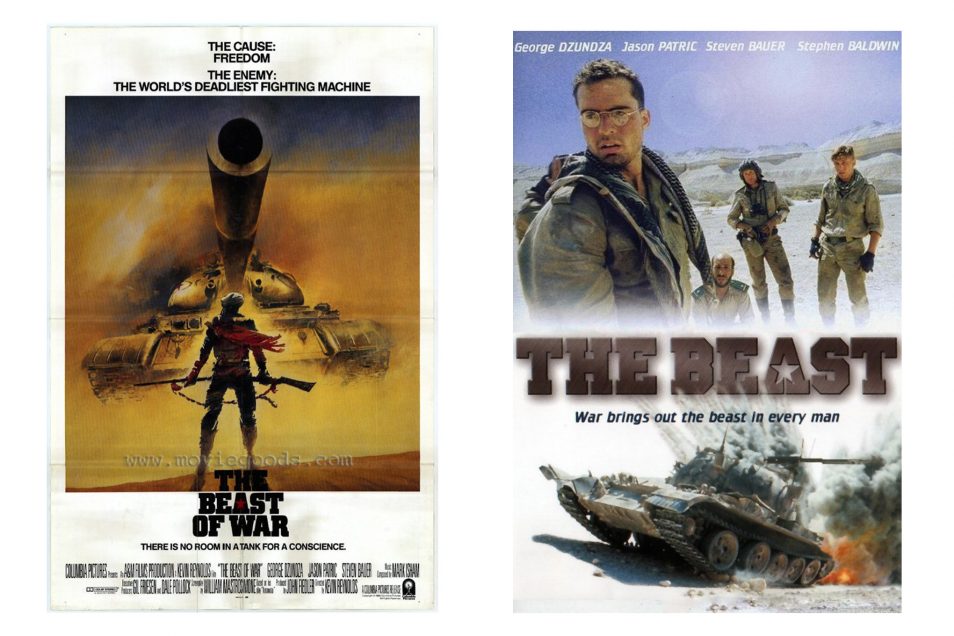 So begins director Kevin Reynolds’ 1988 war drama, The Beast of War, better known in The United States as The Beast. It’s the kind of field soldiers’ lore that the five-man crew of T55447 – Red Army T-54/55 tank – should heed. 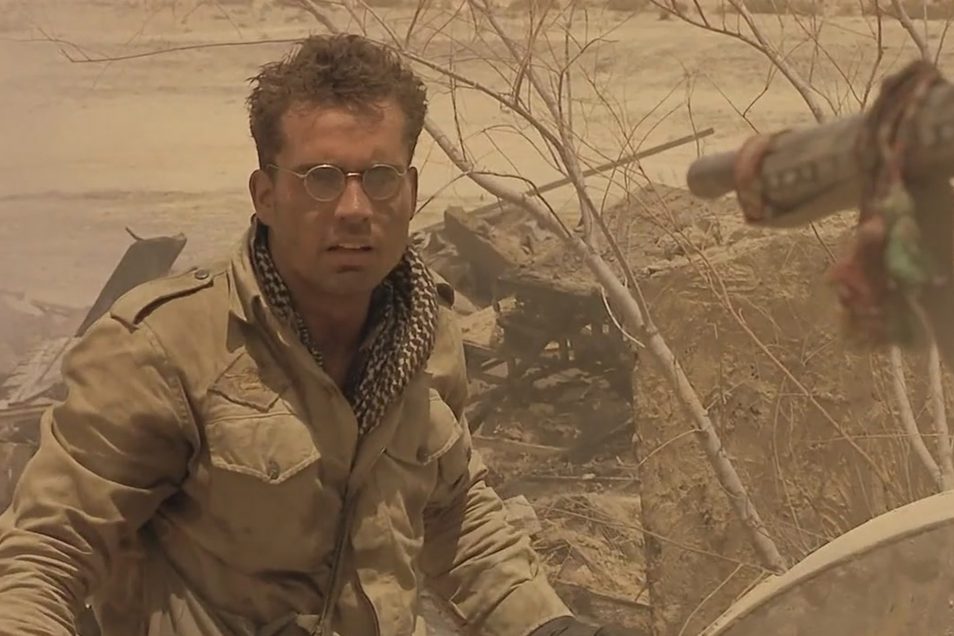 The film opens with an armored assault by a Russian tank platoon on a Pashtun village harboring Mujahideen fighters. Main gun rounds flatten buildings and a mosque minaret is devastated by an RPG round. Canisters of mustard gas are used against a group of women attacking tanks with rocks, killing one who cannot flee the toxic gas. Livestock is killed with automatic weapons fire and the well is poisoned. The brutality of the Russian attack illustrates “the no quarter given” style of warfare that was a hallmark of the USSR’s policy when it came to dealing with the recalcitrant Afghan population. 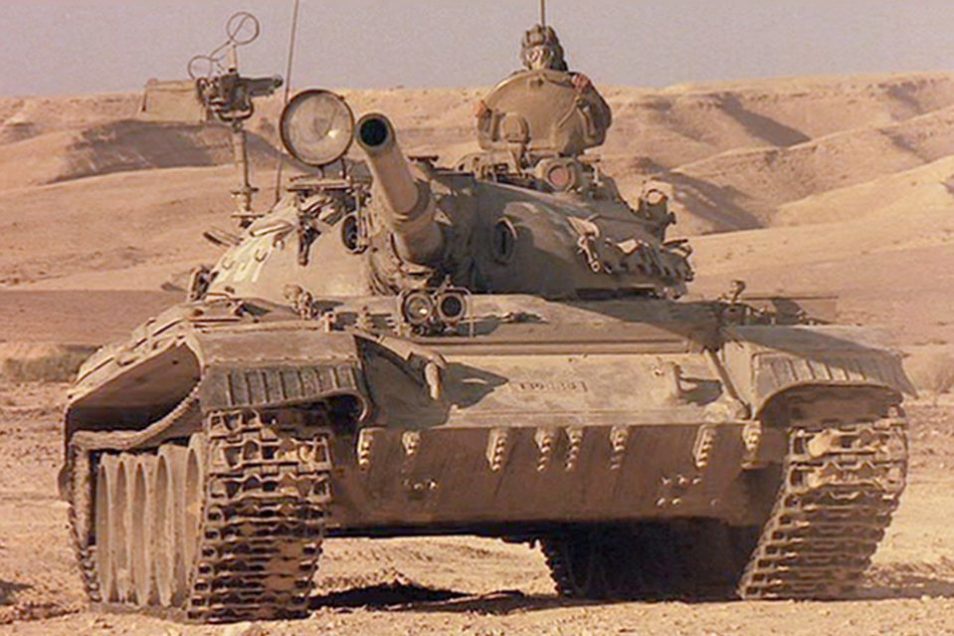 That brutality is given physical form in T55447’s tank commander, Daskal (George Dzundza). Daskal orders a captured Mujahid placed under his track after a Molotov attack on his vehicle and a second T-54/55 results in the deaths of the second tank’s entire crew. Daskal’s driver, Konstantin Koverchenko (Jason Patric), objects to the order but ultimately obeys. Konstantin is a square peg being pounded into the round hole that is the Red Army. He’s a thinker, he asks questions, and he cloaks his often penetrating opinions and criticisms under the thin shroud of military courtesy. He’s the type of soldier that can be an enormously useful asset to a leader, or a monumental pain in the ass. It’s a habit that has cost him. He’s been busted down from intel to rescue, and down again to a tank driver. A tank driver currently grinding a Muj into mulch. 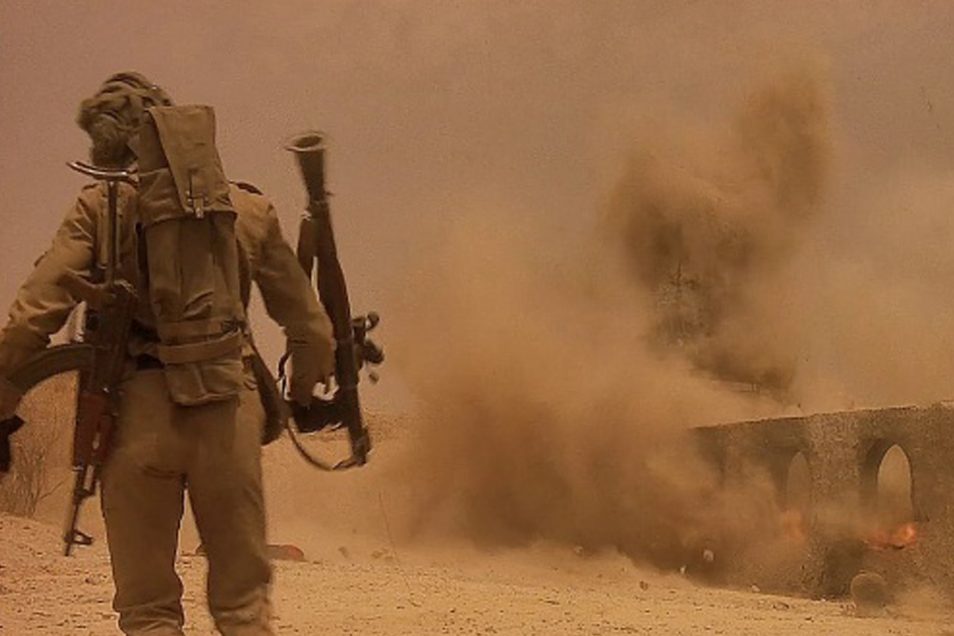 Commander Daskal is a true son of The Great Patriotic War. He fought beside his mother, father, and brother during the siege of Stalingrad. “My comrades tied a rope around my waist and lowered me on top of Nazi tanks. I’d stuff Molotovs under the turret and cannon, and they pulled me up again. Eight years old! They called me Tank Boy.” Daskal learned war young. It’s intrinsically part of him, and his method of war is brutality and violence, with no mercy. 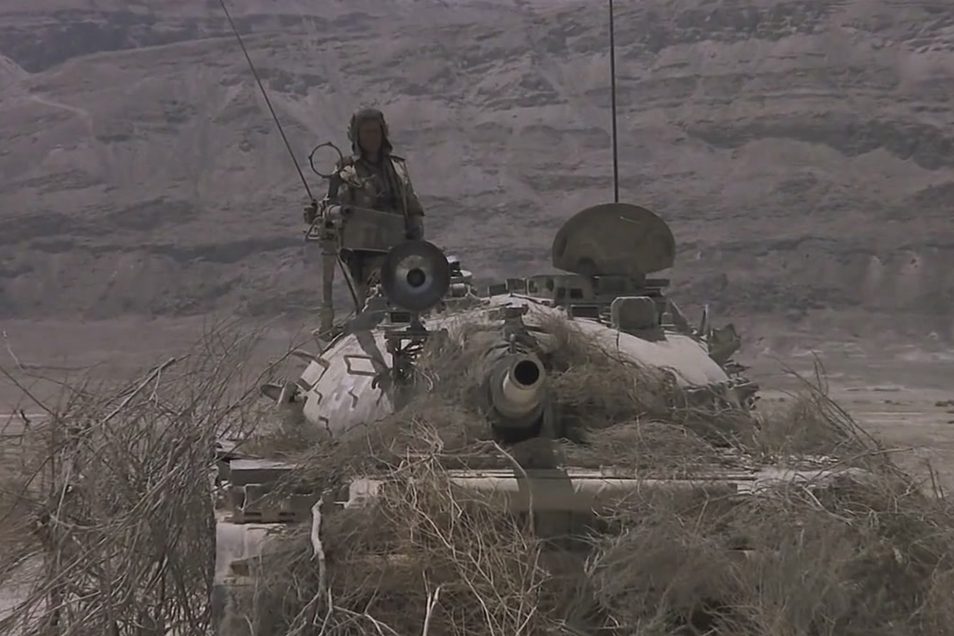 But I’m getting ahead of myself. 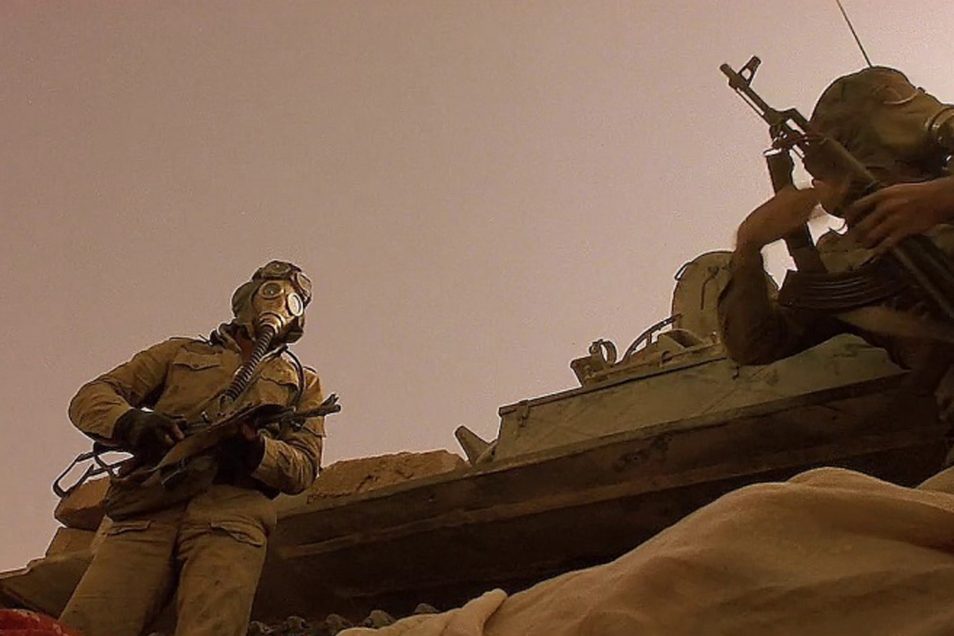 The Beast has a deceptively simple premise: Commander Daskal turns right instead of left and unknowingly enters a blind “only one way out” valley. His tank and crew are on their own in the rugged, dry terrain, blinded by a damaged radio and misled by a partially burned map. What they don’t know is that they are being pursued by Taj (Steven Bauer), the new Khan of the Pashtun village they attacked earlier, an attack that killed Taj’s father and martyred his brother when he was crushed by the tank. Taj and his group of Muja set off in pursuit of The Beast for badal – good old fashioned revenge. 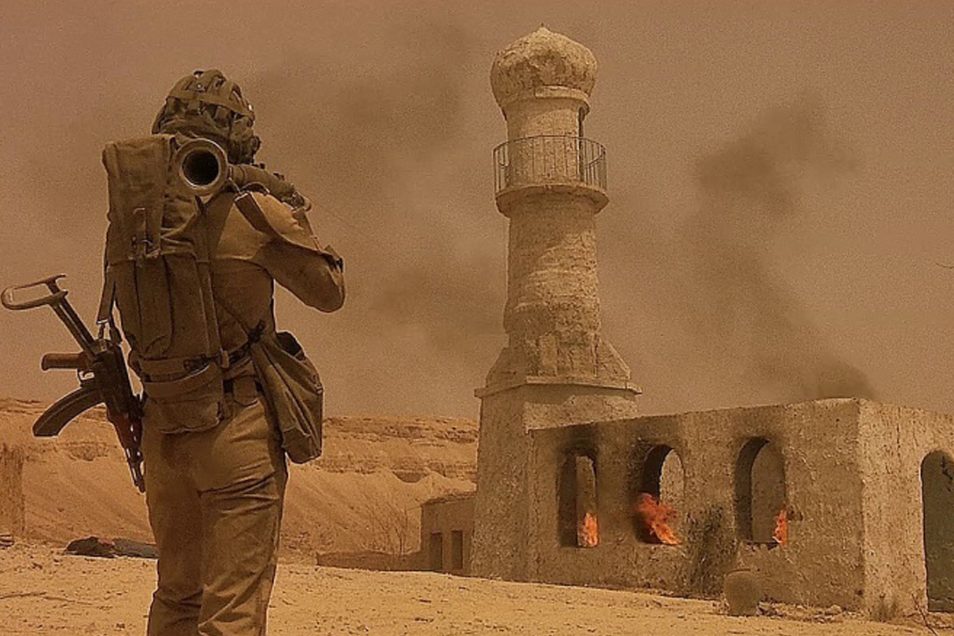 Taj is joined by Mustafa (Chaim Jeraffi), his opportunistic cousin who witnessed the vulnerable tank entering the valley but lacked the fire power to engage. Mustafa serves as the Commander Daskal to Taj’s Konstantin. Taj is in a position he doesn’t want to be in and is constantly questioning his worthiness and decisions, all in hopes of doing the right thing. Mustafa is a practical man who will use what opportunity gives him to pursue his own goals. In this case, opportunity just gave them what they need in a captured RPG-7 anti-tank weapon. 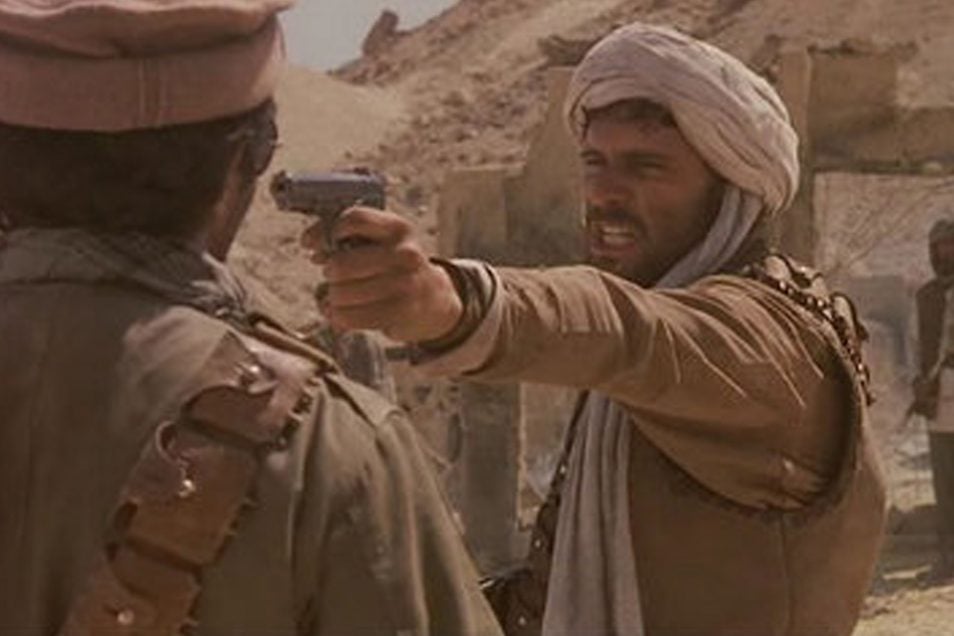 If it seems like I’m glossing over much of the plot, it’s because I am. I don’t want to spoil it for anyone who hasn’t seen the movie and may be inclined to after reading this. There is more to this film than action sequences and hardware. It’s a believable and taut human drama seen from the perspective of both the Russians and the Mujahideen fighters in a fairly evenhanded manner, even in light of the last fifteen years. 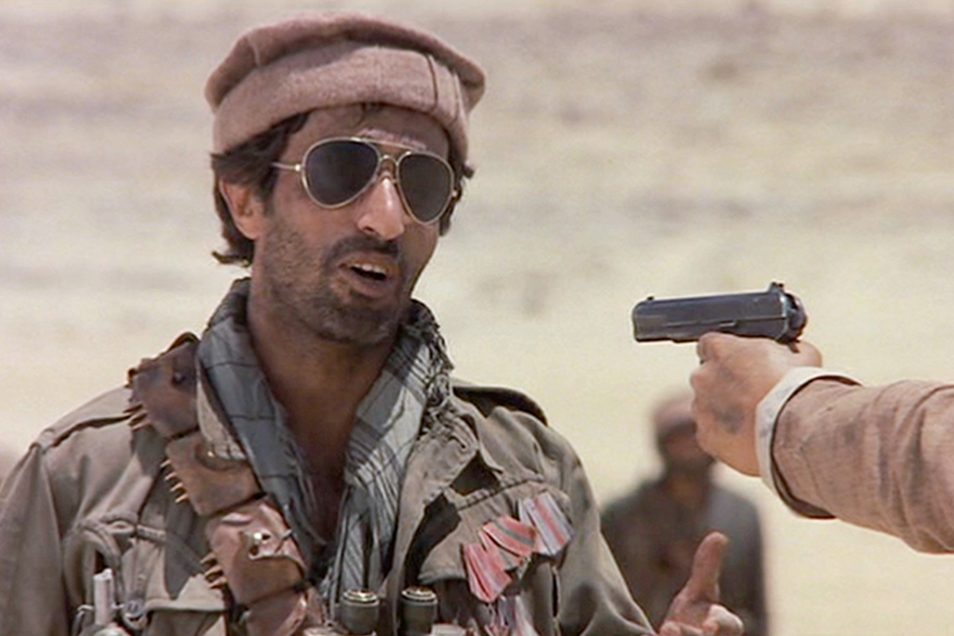 The Beast wasn’t a hit with general audiences when released in theaters. On video it gained a second life, a cult following if you will, especially with military aficionados and veterans who praise its military accuracy and use of actual tactics that make sense. And let’s face it, it’s great tank porn. Filming in Israel gave the producers access to actual Soviet T-54/55 tanks that had been captured, refitted with 105mm main guns and re-designated the Ti-67. Even with the modifications it was a treat to see an actual Soviet tank on screen instead of an American tank stand-in or a VISMOD. 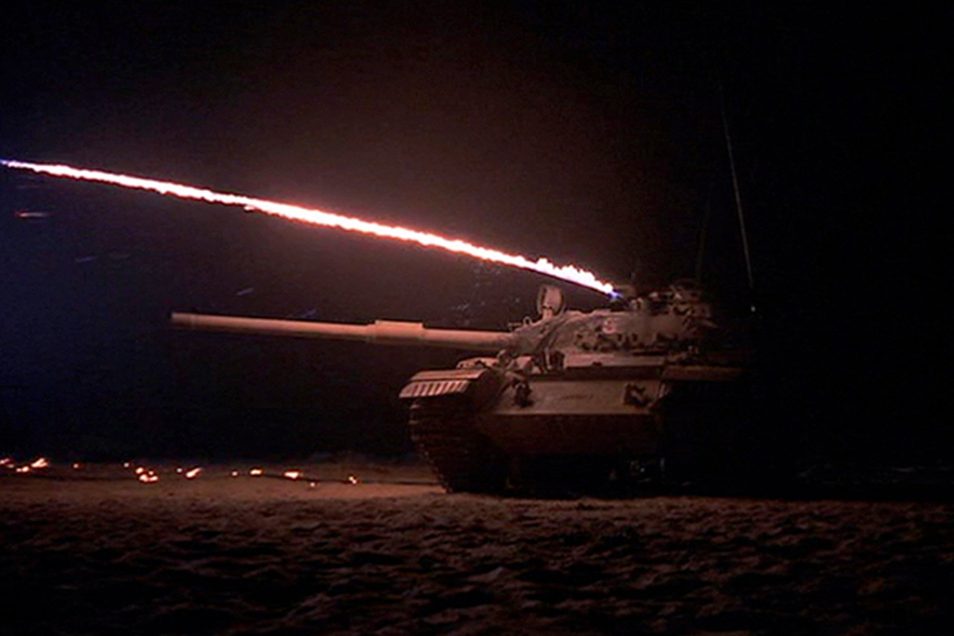 The 1980’s time capsule of a film is definitely worth an hour and fifty-one minutes of your life. With its simple yet engaging premise, it manages to tell a deeper story of human relationships in combat and life. Not all enemies wear different uniforms, and the enemy of your enemy can indeed be your friend. 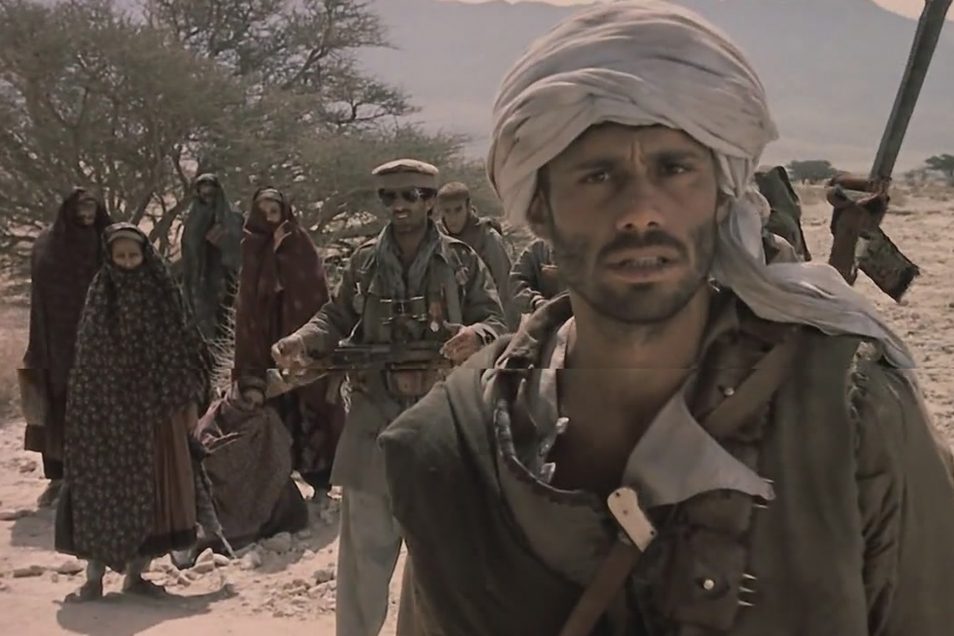 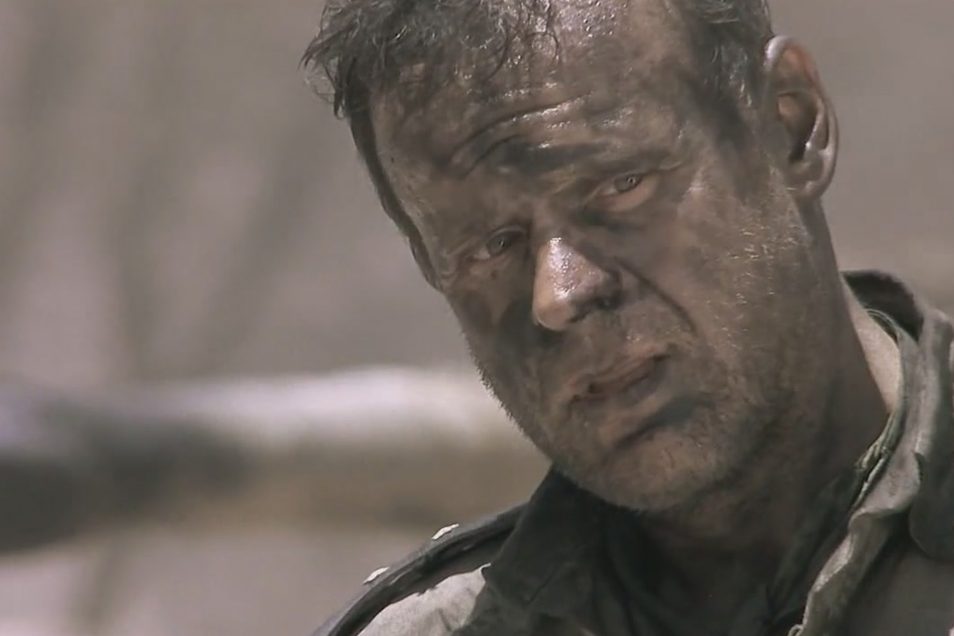 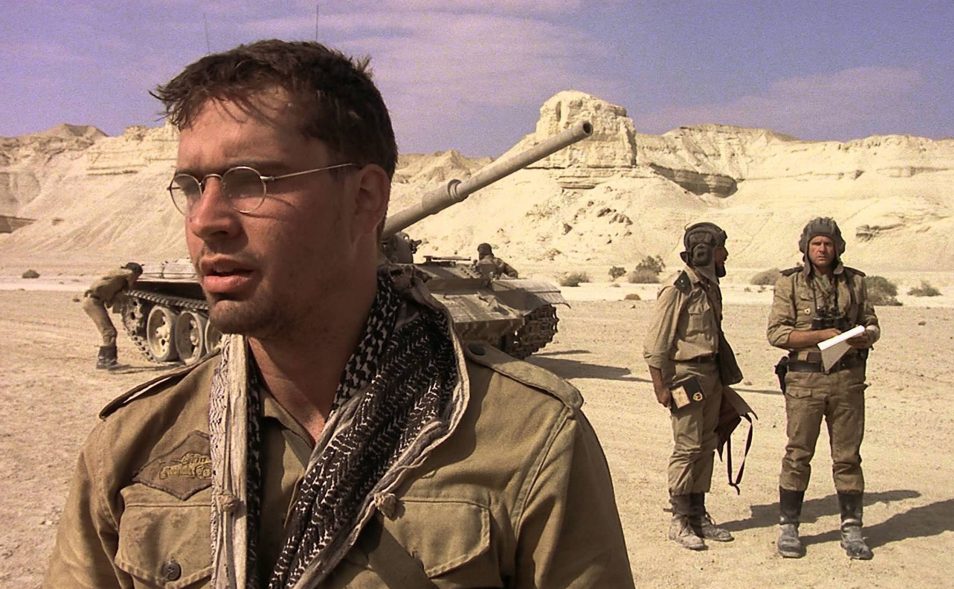 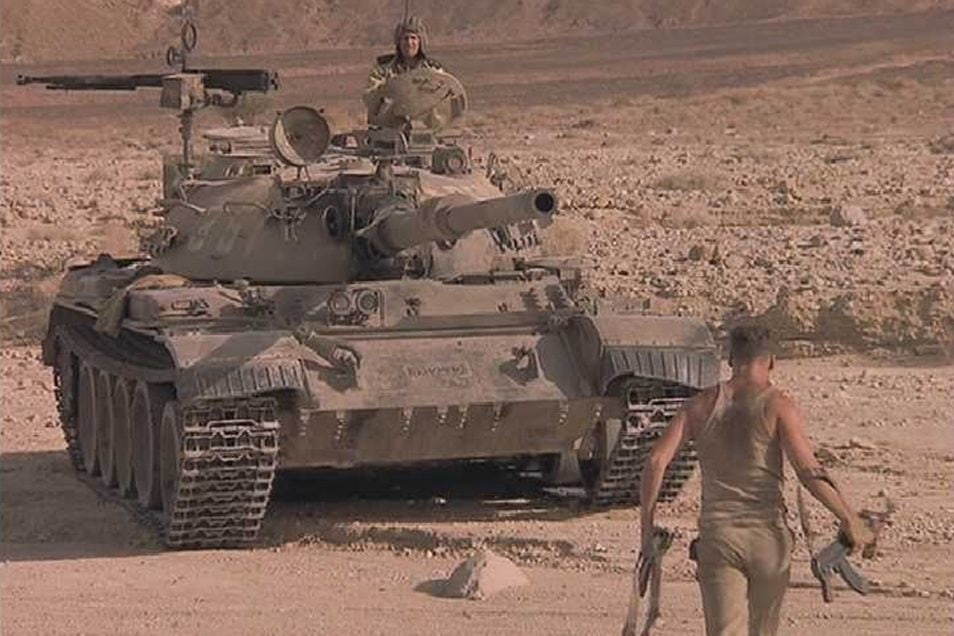 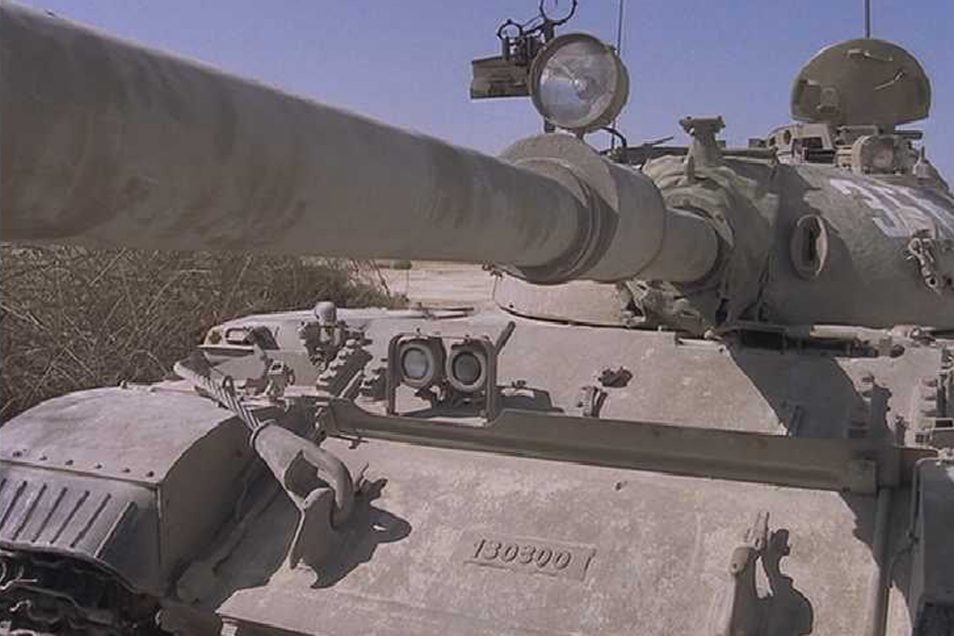 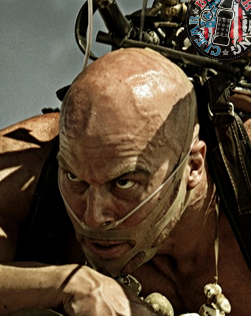 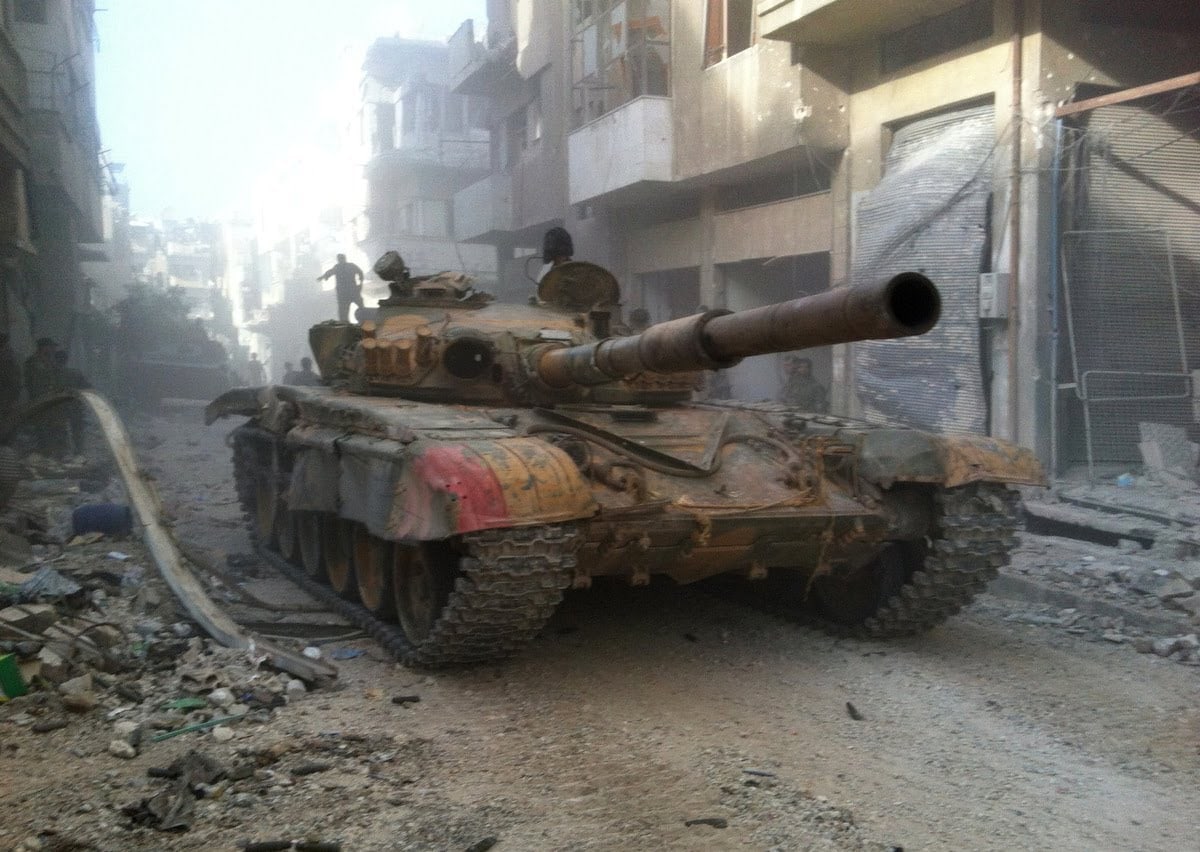 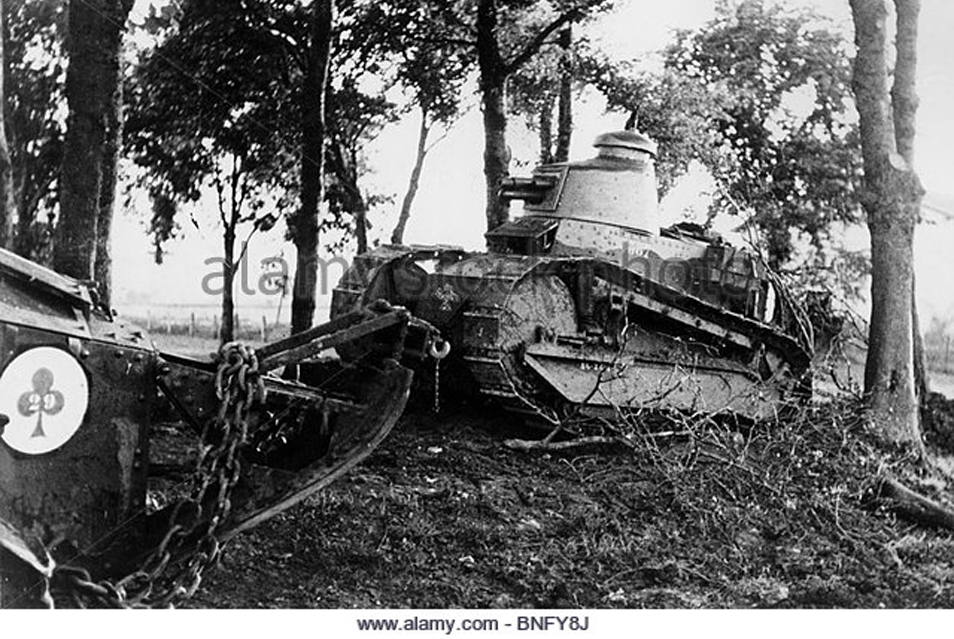