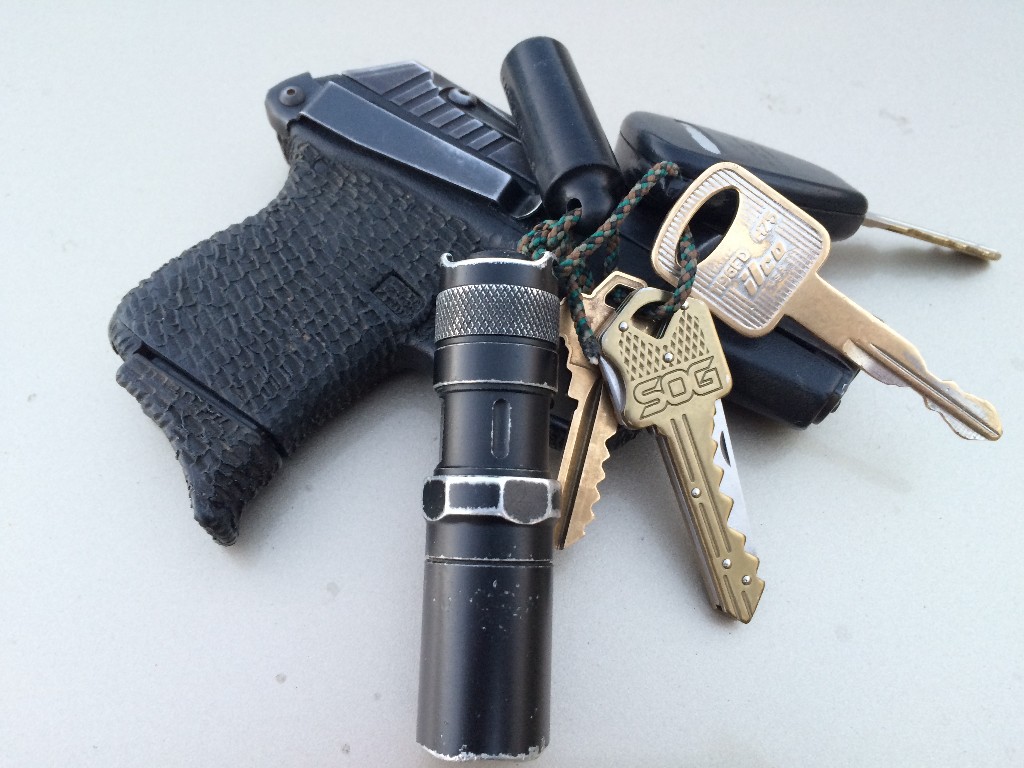 We know weirdos who carry 30+ pounds of gear every day; that’s not what this post is about. Though the word ‘minimalist’ may invoke images of Steve Jobs and terrible turtlenecks, this is more about ‘fight for your life’ and less ‘my gadget is neat’.

Have a gun. Practice as often as possible. Understand your own capabilities and limitations, as well as those of your chosen weapon. Pursue the quest of balancing speed with accuracy. Concentrate on your goals, and work toward them in a logical way.

These are things you’ve heard before, repeatedly, from many good sources and even a few bad ones. Understand that carrying concealed is sometimes a compromise; workplace policies, state and federal laws, and even public places like restaurants restrict your ability to go armed. We all try to work around this best as we can. Some choose to find new employment, avoid traveling to states that don’t honor their carry permit, or choose not to eat at establishments that are scared of the Second Amendment. This is reality for the time being, but progress is being made. Hopefully we will someday see a nationwide carry permit for the average Joe, as long as we keep up the good fight.

The truly surprising thing is that some people who can legally carry, don’t. They get their permit, learn the laws, and then only carry sometimes. These fair-weather carriers will leave their gun behind while running to the corner store, picking their kids up from school, taking trash out to the curb, even when going out of town. It seems like the more one chooses to leave their gun at home or in the glove box, the more likely they are to stop carrying altogether. If the habit isn’t formed at the start, it’s hard to get someone who’s “been carrying for years” to legitimately do so. They get set in their ways, and are reluctant to see their bad judgment when going unarmed.

Perhaps worse yet is someone who carries 24/7 until they “take a break” because of a vacation, new job or other reason. They slip into a state of denial because “nothing happened” while they  ran unarmed, and “nothing is likely to happen now”. Maybe their loved ones don’t like them carrying a gun because they haven’t been educated properly on responsible carry. Flawed logic and complacency will dull an otherwise sharp person surprisingly quick.

Personally, I feel naked when forced to go unarmed. It’s not paranoia or just “inconvenience”, it’s something that wears on my mind. I  avoid going without a weapon whenever humanly possible.

Ideally we would all carry a quality, modern automatic with spare mags, a sturdy knife and maybe even less lethal options. But it’s hard to get most people just to carry a gun, any gun, daily and without exception. People go as far as to choose the smallest, lightest, and by default hardest to shoot guns as a matter of convenience.

Since it’s a “pain” to pack a compact or full size pistol they can shoot effectively, many shooters will haul a .38 snub or pocket sized .380 auto to fill the role. Some argue this is almost as bad as going without a gun, but at least it shows promise. Carrying a gun should not be a matter of being comfortable, it should be comforting. Comforting to know that if/when bad shit slides your way, you have equipped yourself to the best of your ability to fight it. Although I carry a full-size pistol 99% of the time, I see the merit in having a smaller, less effective pistol as an alternative, or secondary backup. When jogging, taking out the trash in your sweatpants or likewise conducting activities where a gun belt isn’t practical, a smaller setup makes sense.

When leaving the house I do a physical touch-check of my EDC items, and verbalize to myself as I touch them. “Keys, wallet, phone, gun, mag, knife, light.” I used to start with the gun, but found myself forgetting my wallet, phone or keys! When I leave the house, even if only for a minute, I have my “minimalist” EDC kit. Based on how often my idiot brain tricks me into locking myself out of the house, I always grab my keys even if I’ve ensured the door is unlocked. There have been times I intended to be outside for just a minute to take the trash out, only to find myself trapped outside.

Or the times my girl comes home from work and tells me to hop in the car for a quick grocery run. If my main blaster is back in the house, I might be temped to say “screw it, it’s just a quick trip” and go without a gun. Since I’m only lucky in one way, and that’s not dying, I try not to tempt fate or Murphy at all. So here is my answer to make it damn near impossible to go unstrapped.

The Gun I Carry When I Can’t carry a Gun.

My beat-up old Keltec P3AT has been my “last resort” gun for about ten years. For a cheap and simple pistol, the .380 has been been extremely reliable despite a lot of miles and rounds on it. I’ve shot a few “pocket pistol only” EDC oriented matches with it, and know how terrible these little guns are past a few yards. It is what it is: a small, lightweight, limited capacity, short range, terrible DA trigger, little pea-shooter that barely counts as a gun. But the neat thing about it is, it’s still a gun.

I also always carry a full size folder, and often a small Coye fixed blade. And when I can’t have a big blade, I still have a blade in form of a SOG key knife. When I can’t carry a full size surefire flashlight, I still have a blinding single CR123 Fenix on my keychain. I’ve even added a waterproof vial of matches. In one hand, I can hold my gun, knife, flashlight, and means of starting fire. It’s not everything I want, but it’s enough to get by. I kind of look at it as an urban survival kit of sorts. This is my system, and I’ll freely admit it has its flaws. But it’s the only solution I’ve been able to find to keep from violating that most basic rule: Always have a gun! 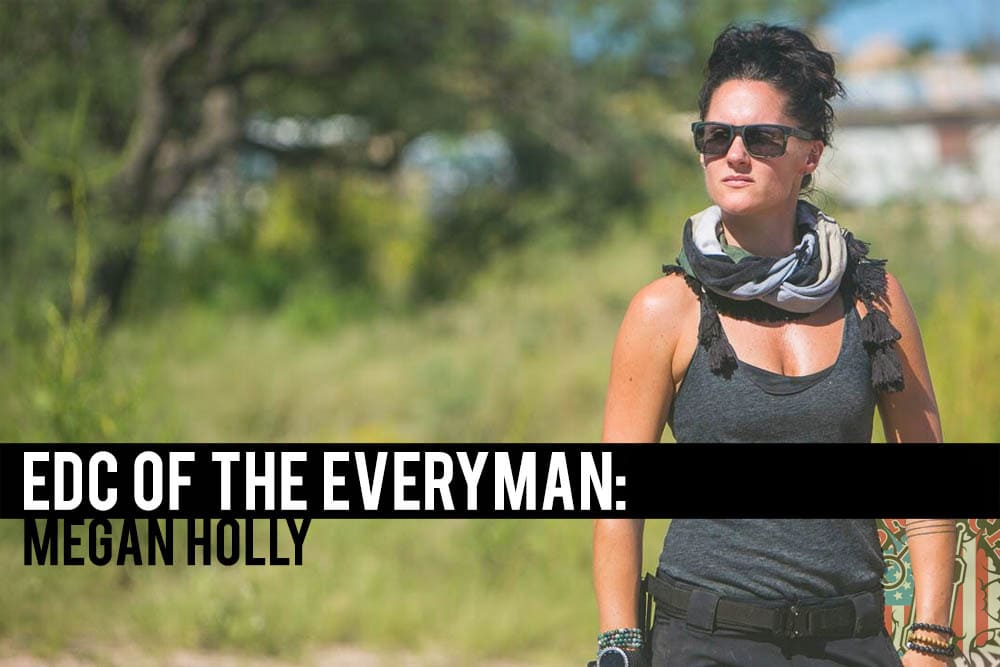 EDC of the Everyman: Megan Holly 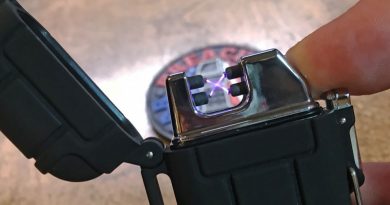