Pete Nealen, Breach-Bang-Clear contributor, laconic descendent of Dolorous Edd Tollett and former Reconnaissance Marine, is working on a new book. Actually, he’s working on a couple of new books. What you’ll read below is an excerpt from the first draft of what he’s currently calling A Silver Cross and a Winchester. It isn’t like his former shoot-em-up novels. This one is more like the Monster Hunter series from His Shooteristic Excellency Larry Correia, First of His Name That We Know of and King of the Shootin’ Supernatural Fiction, with a bit of Jim Butcher and perhaps even Neil Gaiman thrown in (alchemically mixed, of course with Pete’s own special magic).

A Silver Cross and a Winchester

Leaving my old truck parked a half mile away, I slipped through the dappled shadows toward the house.  The woods were thick, which under most circumstances would mean I had plenty of concealment to make my way unobserved.  Tonight, I had no such illusions.

The house (house, hell, it was a multi-million-dollar mansion set in the hills above the tiny town of Morton) had state-of-the-art security, both electronic and human.  This was only to be expected, since it was, after all, a Senator’s private getaway.

Yes, you heard that right.  I was on my way to break into a Senator’s vacation home.  Wait until you hear the good part.

The physical security wasn’t what I was worried about.  I was a ghost in the woods even before I started this job, and that was a long time ago.  The alarm systems and the government guards were a threat, certainly, but they weren’t the threat I was most worried about.

I immediately moved away from the road, heading up the mountain behind the house.  The shoulders were cloaked with tall firs and spruces.  There was enough rain in this part of the country to make the undergrowth plenty thick, so it was slow going.  Add in the fallen trees that hadn’t been thinned out, and it was even slower.  I could have moved faster, but I was trying to be quiet.  My pack wasn’t making it any easier to hike uphill, either.

I checked my watch.  It was almost ten.  I had less than two hours.  I started pushing a little harder.

As I came over the top of the ridge just south of the house, I slowed down, creeping from tree to tree, staying in the shadows as deeply as possible.  That was when the hackles first started to rise on the back of my neck.

It kept fighting me long after a man would have succumbed to the pain and shock, not to mention died from having his heart impaled on a three-inch wide blade.  I had claw marks on my face and upper arms that were going to require some attention before they festered.  If I survived the rest of the night, anyway.

I froze, watching and listening.  There was nothing to be seen but the faint moonlight filtering through the evergreen branches onto the ferns and deadfalls beneath, punctuated by the impenetrable blackness of the shadows under the trees themselves.  There was no sound aside from the whisper of the mountain breeze through the treetops.  But there was something there.  Something was watching me, something malevolent.  Given what I knew about what the Senator was up to, there were probably several somethings.

Time was slipping away while I watched and waited, crouched beneath a towering spruce.  If I rushed in, however, there was no telling what creative nastiness would ensue.  I sure wouldn’t make it to the target, that was for certain.  There was a reason these things were lurking up here in the dark, and it wasn’t to greet chance hikers and show them the way to the road.

I reached into my collar, drew out the small silver crucifix that hasn’t left my neck for over a decade, kissed it, then tucked it back under my shirt.   As comforting as the big Winchester 1886 in my hands might have felt, the crucifix was a lot more powerful in that particular situation.

I wasn’t searching with my eyes so much as I was watching my peripheral vision.  Not only do you see better at night that way, but that’s usually where you can catch a glimpse of these things.

This time was no different.  I caught the flicker of movement and whirled, bringing up the rifle.  There was nothing there, but the ferns were moving, and not with the wind.

I really didn’t want to fire a shot up here.  That would alert the Senator’s physical security long before I could get close.  I realized I was assuming that whatever was up on the ridgeline with me was fully physically manifest.

I sniffed the cool night air.  Under the usual scents of evergreen needles and rotting wood was something else, something putrid.  It was a scent I recognized.  It didn’t make me relax any, but it did tell me what I w

as dealing with.  Slowly, I continued up the mountainside, my senses straining to see or hear my stalkers before they struck.

That’s the rough part of this job; a lot of the things I hunt can see me long before I can see them.

The thicker firs dropped away abruptly, as I came out onto a narrow, grassy shelf atop a steep cliff that had to be almost fifty feet straight down.  The trees on the ridgeline continued their upward climb, forming a dark wall to my right.  Through the treetops that came just barely above the top of the cliff, I could see the lights of the house, and a bonfire that had been lit in the backyard.

There was another flicker of movement, barely seen out of the corner of my eye.  It was gone again as soon as I looked, but there was no longer any doubt in my mind that I was being hunted.  Time to put a stop to that.  I slung the Winchester, drew the Raider Bowie from my belt, and waited.

Now, ordinarily I prefer a slightly more moderately-sized knife, but occasionally having a blade the size of a short-sword comes in handy.  This, I was pretty sure, was going to be one of those times.

The third time I spotted a flicker of movement I didn’t react immediately, but waited until it came at me.  Then I turned, bringing the heavy blade up with a wicked slash.

The pale, scrawny thing danced back, only catching the tip of the blade across its chest.  It’s wide, lamp-like eyes were filled with hatred, reflecting enough moonlight that they almost glowed.  Of course, I’d never seen any expression on a skinny’s face besides hatred, so that wasn’t anything new.  Its stench made me want to gag.

I lunged forward, keeping my balance but pressing it as hard as I could.  I did not want to give this thing the space or the time to claw my eyes out, bite me, or scream for help.  Its scream could paralyze a man for a few precious seconds, and would bring every corporeal and non-corporeal nasty up to the ridge in heartbeats.

It was scrambling backward as I struck at it, putrid brown blood that looked black in the silvery light oozing from the cut I’d given it.  It was quick, but it was paying too much attention to the blade, and not enough to what was behind it.

If I’d steered it into a tree, it would have only bought me a half a second or so.  Pushing it into a thornbush gave me a lot more of an advantage.

It jerked as a thorn poked it in the back, and I pounced, getting a hand past its flailing claws to clamp on its scrawny, rubbery neck.  I stabbed it once, twice, three times under the ribs, angling the blade up to get at its heart and lungs.  It kept fighting me long after a man would have succumbed to the pain and shock, not to mention died from having his heart impaled on a three-inch wide blade.  I had claw marks on my face and upper arms that were going to require some attention before they festered.  If I survived the rest of the night, anyway.

Skinnies aren’t demons, per se.  They may look like it to a lot of people, but they’re as corporeal as you or I.  They are part of the Otherworld, but they’re still essentially physical beings.  They’re also some of the dumbest of the monsters lurking around the shadows of the world.  Vicious as hell, though.

I left the corpse after wiping my knife on its ratty, filthy trousers.  Where there was one skinny, there were more.

I’d once referred to them as “the white trash of monsters.”  Inquisitor Thornton hadn’t been amused, and had said something about my “irreverence.”  I proceeded to rip him a new one about even thinking about being “reverent” when talking about these creatures.  He didn’t speak to me for weeks after that.

I left the corpse after wiping my knife on its ratty, filthy trousers.  Where there was one skinny, there were more.  They were dumb enough that they’d probably descend on the corpse to eat it before they’d come after me.  I said a quiet little prayer of thanks that they hadn’t attacked as a pack.  I probably wouldn’t have made it if they had.

About the author: Pete Nealen is a former Reconnaissance Marine, a combat veteran and the author of Task Force Desperate. and the bad ass new sequel, Hunting in the Shadows. He’s savvy enough to want to write for Breach-Bang-Clear, bad ass enough

that we let him and a good enough writer that he makes us look bad. Read a review of his first book here: http://kitup.military.com/2013/02/peter-nealans-task-force-desperate.html. You can follow Nealan on his own blog, American Praetorians and keep an eye on his author page. We encourage you to do so. 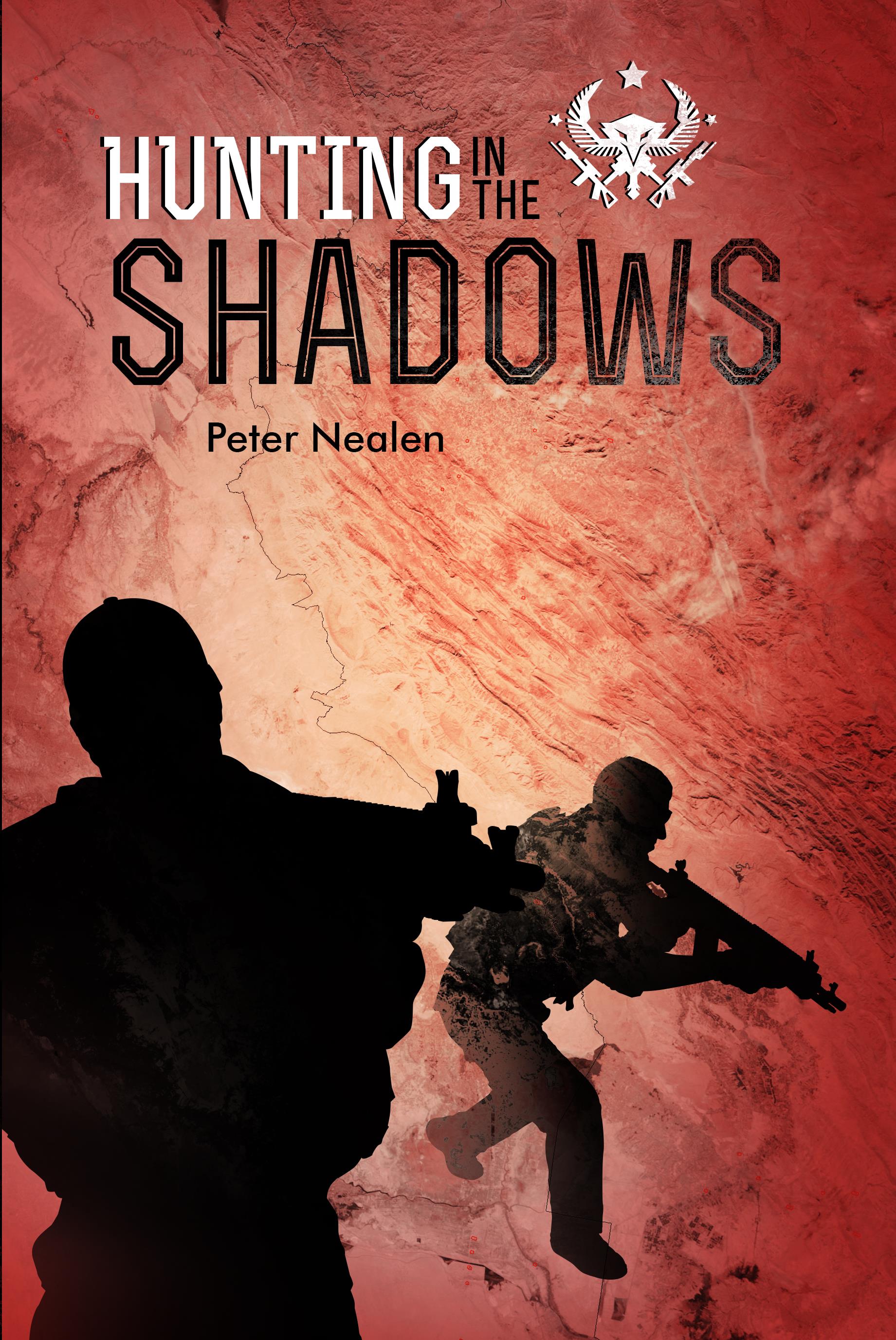 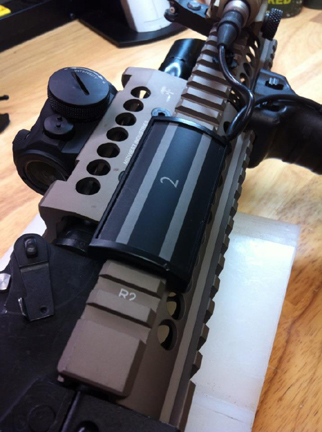 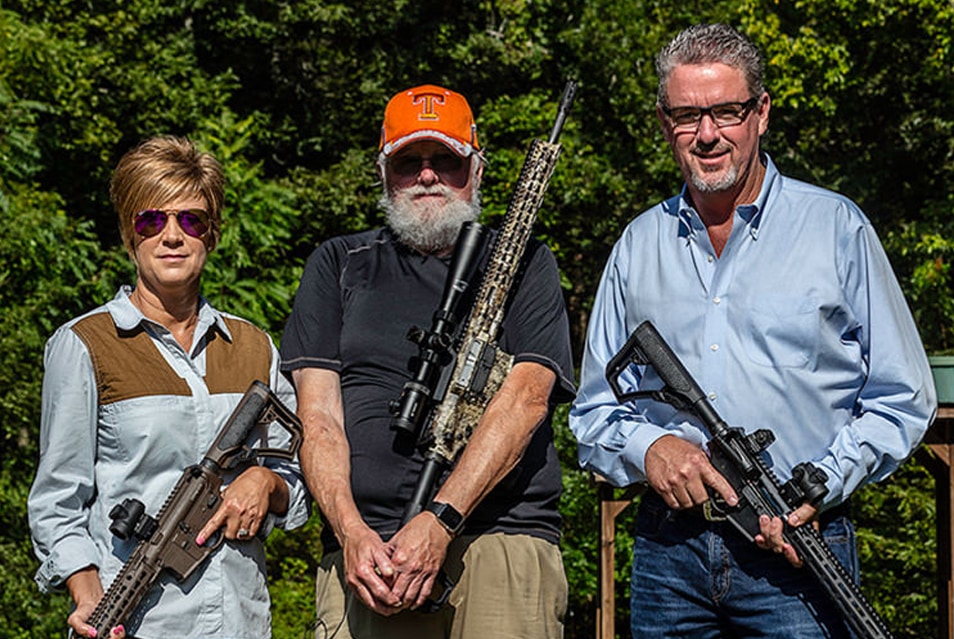