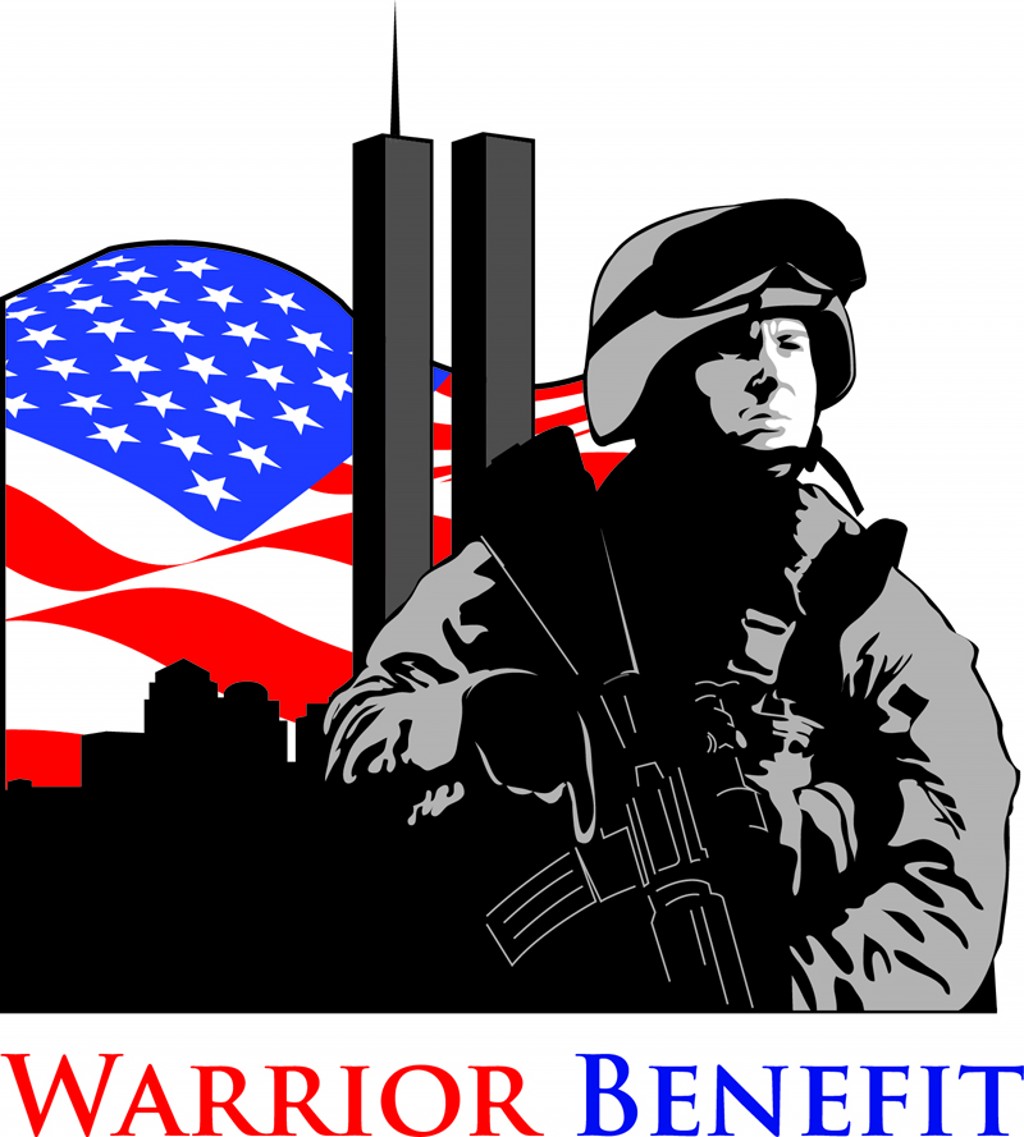 Today’s guest article comes to you from American Jedi Cpl. Paul Gardner, on the topic of military related charities. There are some very good ones out there — just as many are guilty of tomfuckery. Paul’s going to fill you in on one he’d like to recommend. Mad Duo

Warrior Benefit: Charity Worth Knowing About

There are many military charities out there today. This is generally a Good Thing, and says much about the American people. But it can also make it more difficult when trying to figure out which one is worthy of your hard-earned money.

I am a severely Wounded Warrior myself. I was paralyzed in Iraq back in 2003, having been shot in the chest in a gunfight while serving as a Marine Infantryman during the invasion of Iraq. Because of this, people often ask me which military charity they should donate to. My answer is always this:

“If possible, find the most local military charity to you and donate to them. The smaller the charity, the further every dollar you give will go towards helping Veterans.” 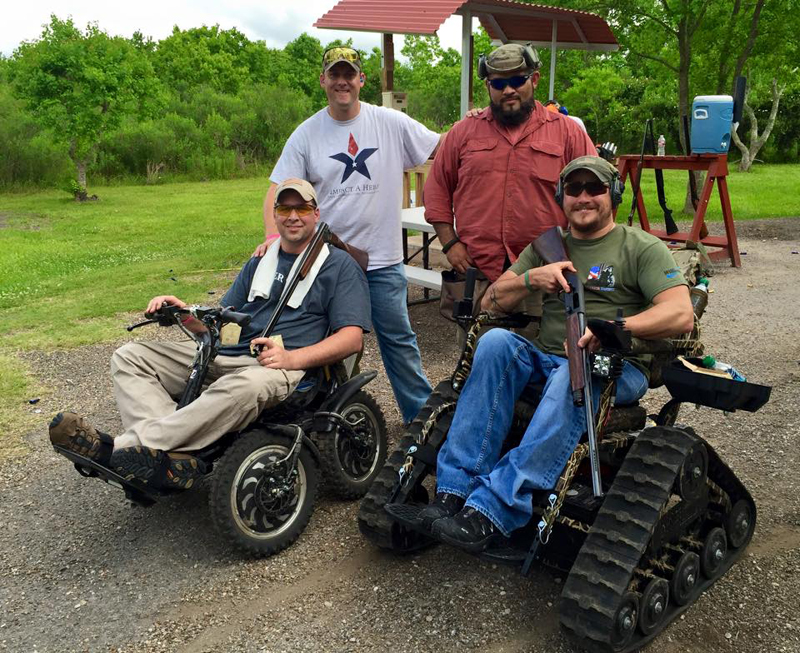 However, it takes time and energy to do this. Sometimes you just want to quickly and easily give money to a charity that’s doing good things. That’s what this article is about.

Warrior Benefit (www.WarriorBenefit.org) is a 501(c)3 out of Houston, TX and has been around since 2009 (it wasn’t until 2011 that WB acquired their 501(c)3 however). Full disclosure: I have been volunteering with Warrior Benefit since its inception. So call me biased, but I think it’s a phenomenal charity doing great things for post-9/11 Veterans. Warrior Benefit is different from most other charities in that they don’t give money directly to any individuals. Rather they give money to other military charities. This may sound odd at first, but in practice it works very well. Allow me to elucidate.

Warrior Benefit is, for lack of a better term, a Consumer Reports for military charities. The mission is to ensure that whenever someone makes a donation they have the peace of mind knowing their money will be given to a charity that Wounded Warriors and Combat Veterans themselves want it to go to.

Warrior Benefit has a Veteran Advisory Committee (of which I’m a part) consisting of a dozen or so combat veterans, most of whom are Wounded Warriors themselves. Those of us on the advisory committee will vote on which charity WB gives money to and how much is given, be it $1K or $30K. The Gold Star Father of fallen US Marine Sergeant Byron Norwood, killed in the Battle of Fallujah in 2004, is also on the committee. He and his wife allowed WB to use an image of Byron, which was taken of him in Fallujah before his death, in our charity’s logo. This is a huge honor for us because we don’t take Byron’s ultimate sacrifice, which is exactly what the logo represents, lightly.

The bulk of the money raised for WB throughout the year is accomplished at the annual sporting clays tournament in Houston, TX each spring. Companies from Houston’s large oil and gas industry are the biggest sponsors, but we also have a big turnout of everyday Americans who just want to come out and support us however they can, be it participating in the shoot itself, volunteering, or even just watching and saying thank you to those who gave so much for this country. It also allows us combat veterans a chance to thank those people who still, after more than a decade of war, strongly support us. 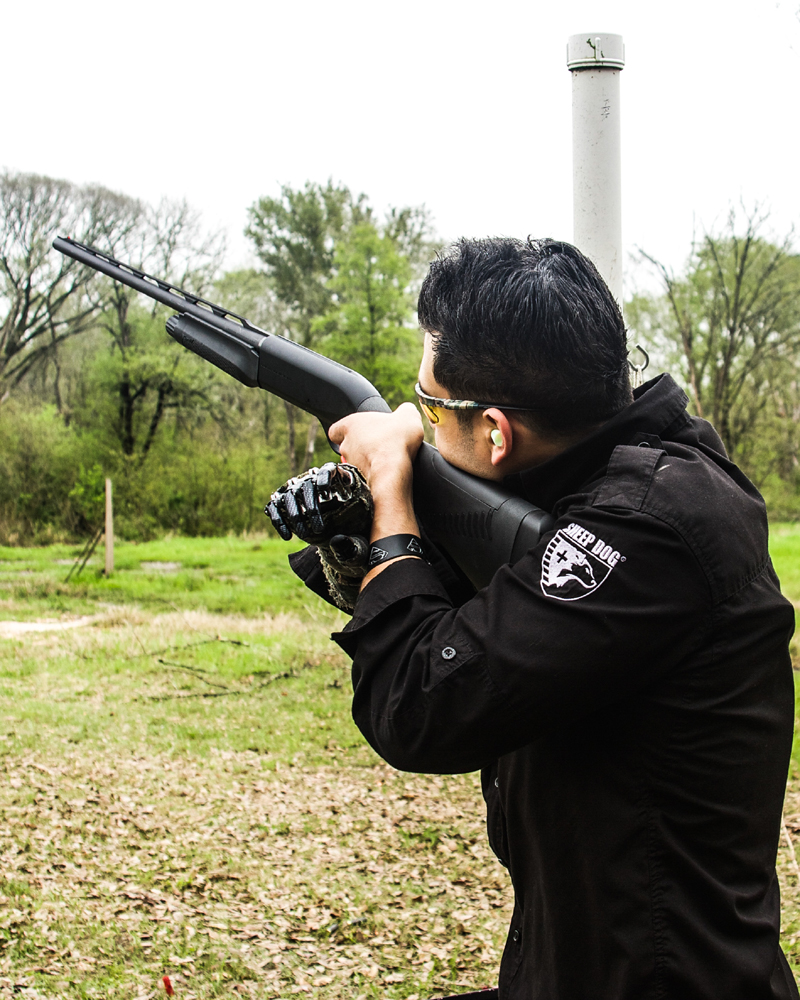 One thing you won’t see at our annual event is a dog and pony show of elected officials and lurking ghouls from the media. The people at our events need and deserve to be there. We get a lot of Marines from the Marine Corps’ Wounded Warrior Regiments flown out on donated flights for the event, and the last thing we want is for some politician to exploit that by getting his picture taken with them so he can post it on his website and claim he’s “supporting the troops.” This pisses us off, so it won’t fly at our event. Our event is about the Wounded Warriors themselves and no one else.

The breakdown of funds (in theory — read on) is that WB gives 75% of the proceeds to charities, and spends the other 25% on camaraderie-building outings like hunting and fishing trips we run ourselves to build a stronger network of Veterans. These outings serve the dual purpose of allowing us to check on the general welfare to ensure everyone’s doing alright, and ensures we always have a core group of other veterans to talk to. In practice, however, many of these trips are sponsored by landowners, businesses or other individuals. Thus it is typically only 10-15% actually spent on these functions, with the rest given away. 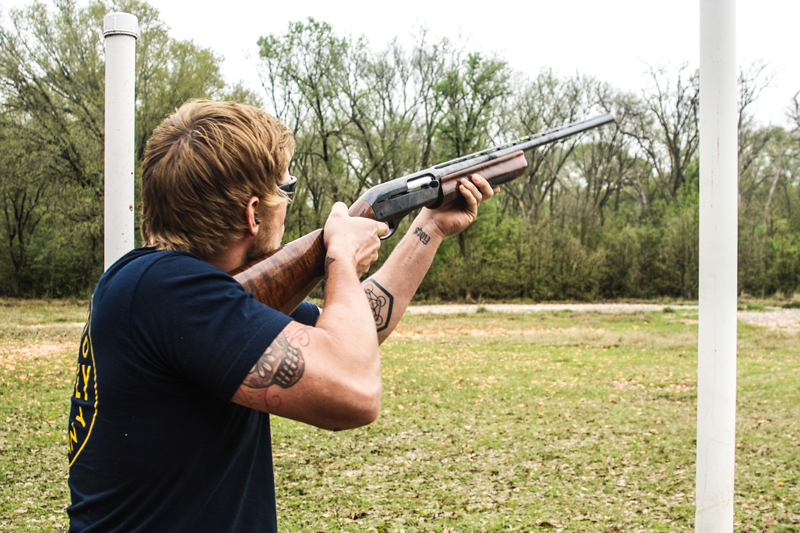 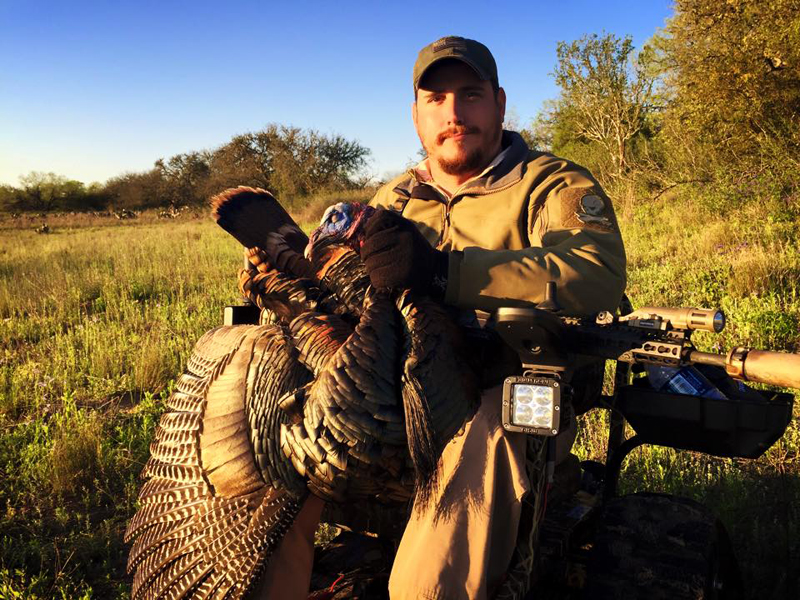 Warrior Benefit is also an all-volunteer charity, with zero paid staff. This really keeps overhead low, meaning our only actual expenses are for the cost of supplies and securing the location for the annual sporting clays tournament.

I’m not telling you to go out right now and give all your money to Warrior Benefit. Remember what I said earlier: the best and most effective way to help is to find a smaller local military charity and donate directly to it, or offer to help. Or even just mow the lawn of a Veteran or offer them assistance with something else, which costs you nothing but nets you substantial internal rewards. 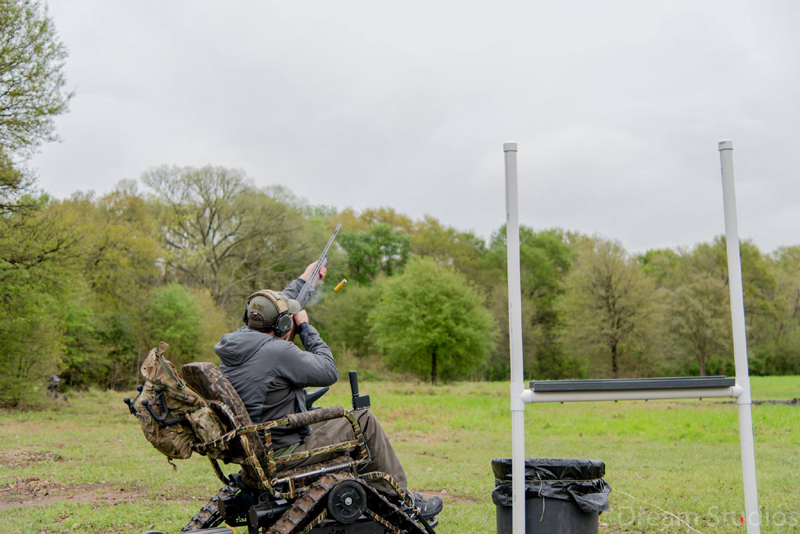 I’m just giving you another option here, the option of a charity that I can personally vouch for. Please consider Warrior Benefit the next time you’d like to donate your time or money to a great cause that helps our nation’s Wounded Warriors. 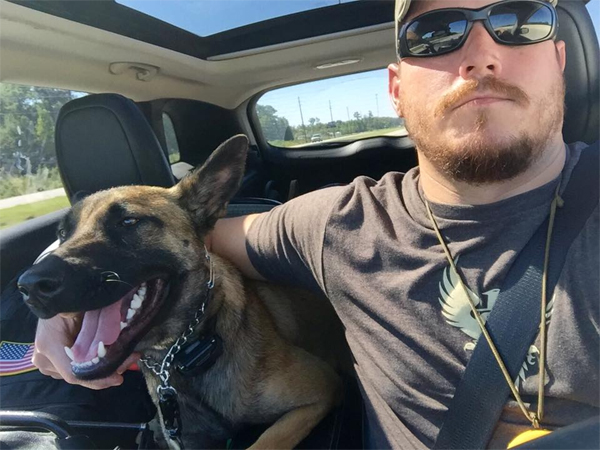 About the Author: Paul Gardner is a former Marine grunt. He was born in Oklahoma but grew up in Texas, which of course means he’s dual cool. He enjoys good beer, better cigars, Steven Pressfield and Sean Naylor books and training. A tri-state Gay Chicken champion, he joined the Marine Corps right after 9/11, eventually joining 2/5 Marines after SOI. He was with RCT 5 during the initial invasion of Iraq and was critically injured during an ambush in Al Tarmiyah by an insurgent he’d already shot, taking a 7.62mm round under his left armpit. The bullet all but destroyed his spleen, punctured his left lung, lacerated his stomach and kidney, blew out part of his vertebrae and severed his spinal cord at the T-12. He spent 2 1/2 years and over 20 surgeries recovering and is now a machine when it comes to training — he’s taken over 100 classes from just about every instructor you’ve ever heard of, with the long term goal of teaching others with disabilities how to fight and defend themselves.  You can read more about Paul here. But seriously, don’t play gay chicken with him. 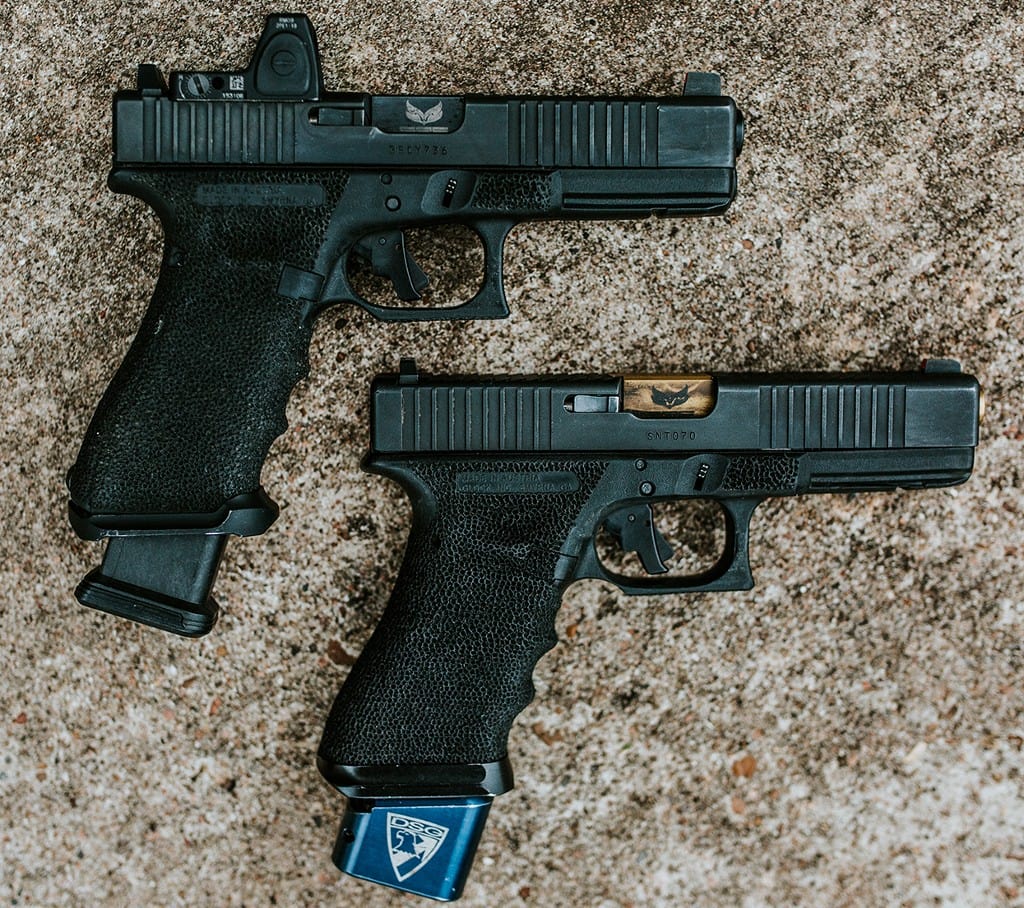 Speed & Precision: A Take on Pistol Red Dots vs. Irons