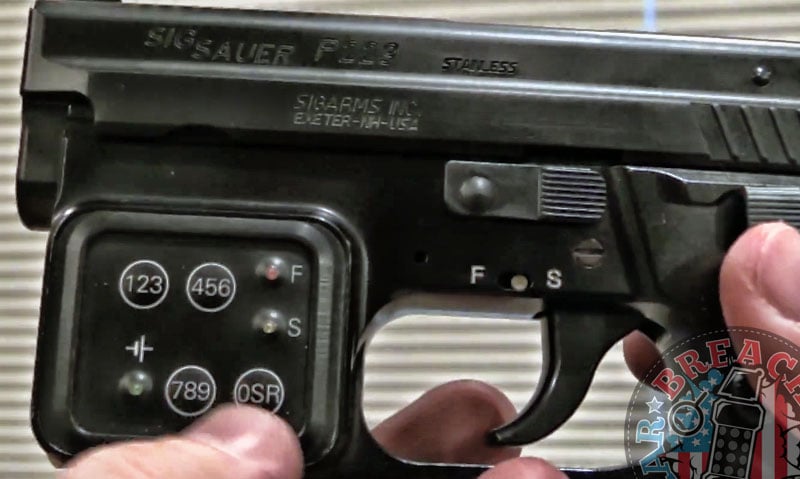 This post was made possible by JTF Awesome member, 88 Tactical.

[Intro by Mike the Mook]: 1992 to 2000 were some of the worst years in firearm history. Apart from primer shortages, semi auto and standard capacity magazine bans, gun owners were constantly under attack from all sides. It appeared a few manufacturers even turned on us, but one of the worst was the “Dawn of the Smart Gun”.

Democrat political types tend to get all their gun knowledge from cheesy action movies and poorly written detective novels, it seems. They wanted to see “smart guns” so Colt and a few others trotted prototypes out, which coupled with 1990s technology would make you want to vomit.

This week Ian takes a look at a Smart Gun produced by SIG.

Did you know that in the 1990s that SIG attempted to make a “smart gun”?

This is the SIGP229EPLS (Electronic Personal Locking System).

They came up with this super awesome way to do it. Namely, you had to punch in your code on a 4-digit electronic keypad and then tell it how long you were going to be on duty as a police officer that day in various increments. You could tell it 1/2 hour, two hours or 8 hours and shoot for as much as you want in that time period.

There’s a little solenoid in here that allows you to activate the gun and fire it as much as you want. Then when the time limit is up it goes “bzzzzzzzt” and locks the gun up, and you can’t use it.

Also if you forget your pass code, you can’t use it.

If you still happen to have the gun and you’re not in your duty schedule, you can’t use it either.

Interestingly, if you take out the battery or the electronics go tits up it stays permanently in its last configuration. So if you want to get rid of all this electronic nonsense, you can simply put in your code, take the battery out and throw it away.

The battery, not the gun, that is.

There it goes, see the little button moving.

If you want to have some real fun, get your buddy’s gun, put it on safe, and take the battery out. He’s never going to able to open the gun up until he realizes that he needs a new battery.

Or if you put the wrong code in several times in a row it completely locks it up until you can find somebody with the 6-digit master code.

Needless to say, this never went into mass production.

I am just taking a look at this one example because it is really cool that it was such a bad thing.

Thanks for watching, guys. 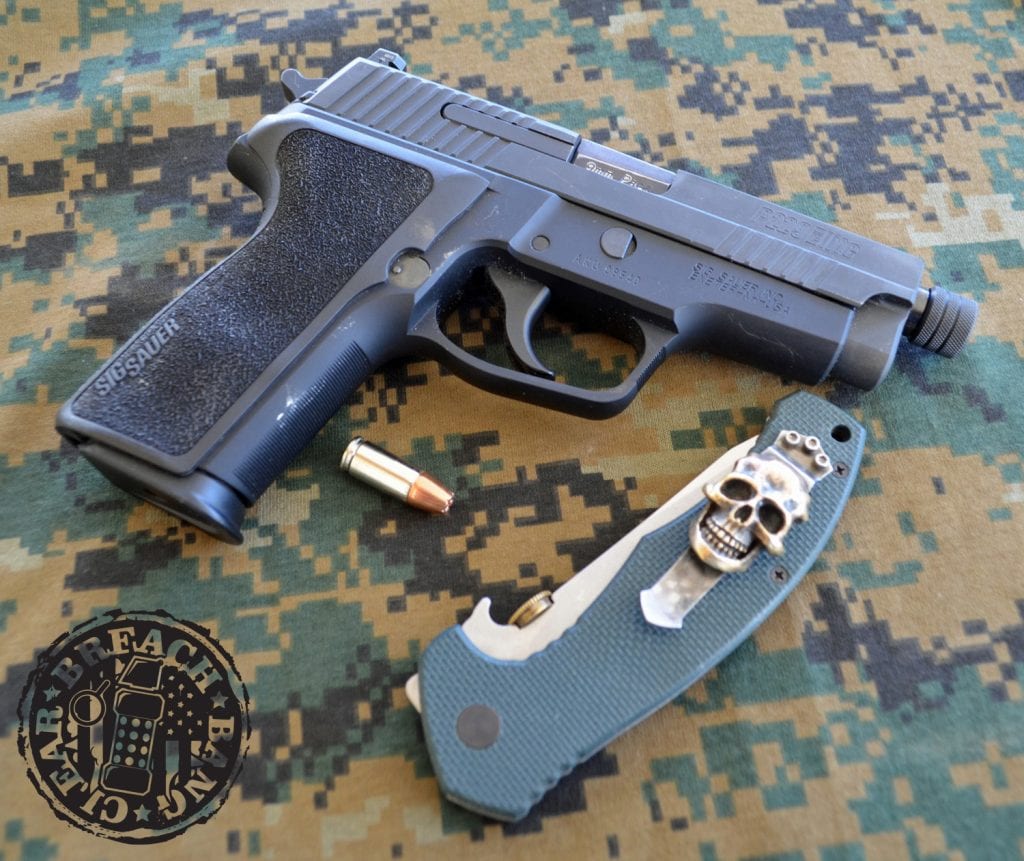 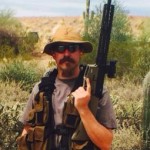 More About 88 Tactical: 88 Tactical is an elite training organization focused on helping individuals, families, emergency services workers, and military members develop the confidence and ability to deal with any situation or crisis. They have a Reality Behavior Based Conditioning that provides professionally developed curriculum for military, law enforcement, and civilian populations. 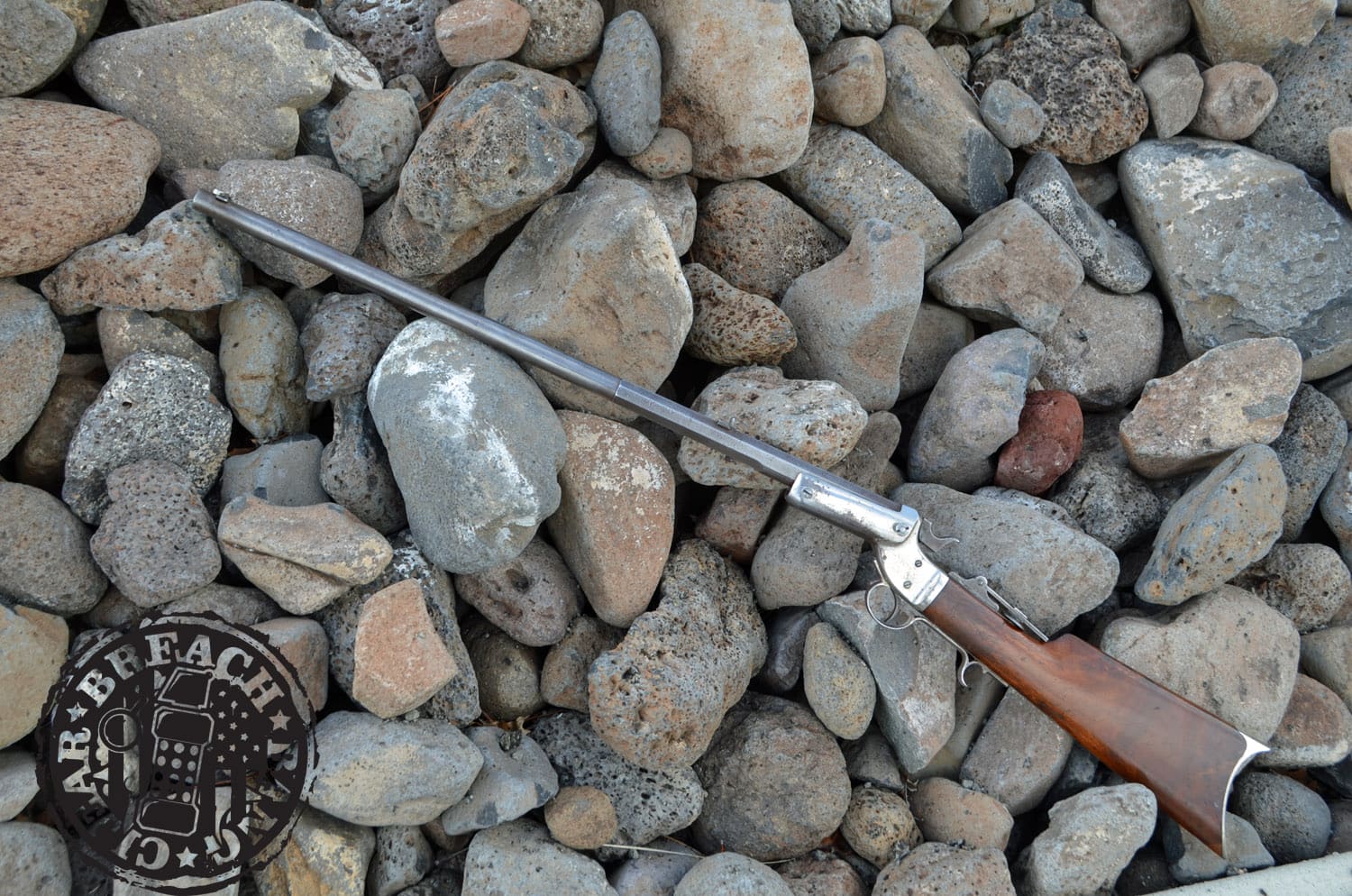 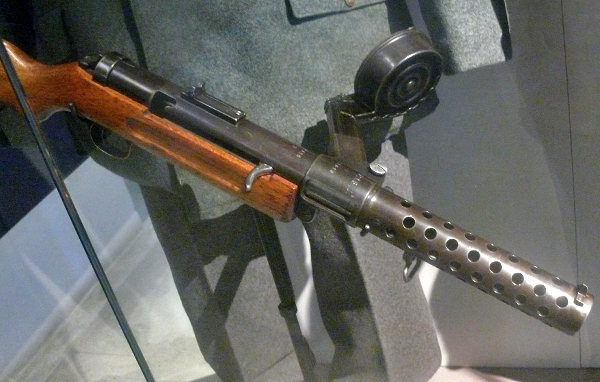 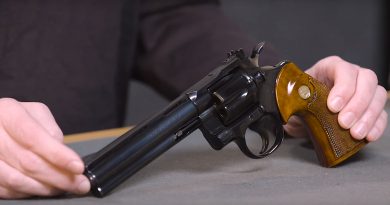 The Ferrari of the Revolver World (maybe?) | Colt Python