The Needs of Warriors: Mental Stability in the U.S. Marines. We’re going to give one of our friends a soapbox this morning. We are publishing a paper he wrote while pursuing is degree. Take a look. Note: for those of you who might object to the moto parts, please look past it and discuss the meat and merit of the article. Let’s don’t get tangential with jackassery about which branch of service or MOS is the most bad ass. Mad Duo

The Needs of Warriors: Mental Stability in the U.S. Marines
Devyn D Laser

The Iraq heat was wearing on the Marines from Regimental Combat Team 6. The Marines of Bravo company, 3rd Platoon, conducted combat resupply and recovery missions in northern Al Anbar province, Iraq. The warriors had been out of the home base for over 30 days, living on meals ready to eat (MRE) and sleeping in the armored trucks while taking turns on watch. Third Platoon had been hammered by mortar, small arms, improvised explosive devices and rocket propelled grenade attacks.  The convoy was stopped in the middle of Route Star: one of the most hostile roads in northern Iraq.

We had ammunition and food for a small combat operations post located along Route Star. The supply truck moved inside to off-load the gear. Marines conducted a 200 meter sweep around the convoy to detect any threats. Amphibious assault vehicles had crested the hill behind our convoy and proceeded towards us. BOOM! Everything went silent. I looked over my shoulder to see the front half of the AAV 50 feet in the air. The squad leader quickly ordered my self and six other Marines to escort the corpsman to check for survivors and administer first aid. As we approached the mangled ball of metal we could hear a Marine screaming for help. The blast from the 500 pound bomb had split the tracked vehicle in two pieces trapping the driver. When we made it to the wreckage, we observed a small fire inside the ball of metal.

Two Marines raced back for fire extinguishers as the flames began to engulf the Marine inside.  We tried to pull the metal back in an attempt to rescue him but were unsuccessful.  He screamed with every ounce of energy, “HELP!  HELP ME PLEASE!” The screams for help quickly turned to screams of intense pain! He screamed for over four minutes until you could only hear the crack of small arms rounds cooking off.  We stood there in disbelief.  A Marine, a brother had paid the ultimate sacrifice right next to me, and there was nothing I could do.

The memory of this tragedy haunts me to this day. Not a day goes by that I don’t think of him and those gut wrenching screams of pain and agony.  Multiple nights a week I wake up to the sounds of his screams. Marines like myself returning from combat deployments are haunted by the memories and anxieties of the horrific events that occur in times of war. Warriors returning from combat are confronted with a new battle upon arriving home. They battle to control high anxiety, flash backs, intense dreams and emotional imbalance.  The Department of Defense (DOD) is highly aware of the battle on the home front and very cautious to assist leathernecks. DOD provides group decompression training in large auditoriums with hundreds of Marines. This method passes along some helpful information, but every Marine handles their experiences differently. DOD’s failure to access and assist Marines returning from combat on an individual level is resulting in alcoholism, drug use, relationship failures and suicide.

Department of Defense officials need to make a larger effort to assist returning war fighters. Decompression training should continue in groups but should be conducted on an individual level. Counselors should assess returning war fighters individually in a private setting eliminating pressures from superiors and peers. Assistance to warriors will be offered with complete confidentiality without the risk of it affecting their job (Vandenbrook). Throughout this essay we will explore the increase of days before redeployment, Post Deployment Health Assessment survey system, and the need of psychological teams in theater.

U.S. Marines are known around the world for their devastating power and immediate reaction to threats. The power of America’s finest fighting force comes with great cost to the troops.  Leathernecks are commonly rotated in and out of deployments on a six month rotation: six months state side and six months overseas.  The rotation appears to be fair to troops, but what DOD officials do not see is the amount of time troops actually receive to decompress.  Sergeant Albert explains, “I returned from Iraq 10 October, 2008. We had safety stand downs and readjustment classes for a week and then returned to work. The week after our Christmas vacation we began field training and weapons training for our upcoming deployment in April. I was just beginning to sleep at night and able to go out in public. I had hardly seen my wife and daughter before I was grinding it out in the sand again” (Albert).  Warriors like Sergeant Albert just begin to readjust to living a semi normal life before returning to hostile environments. “I would kill for 5 more months at home” (Albert).

The short rotation period is not sufficient time for war fighters to readjust to daily living and decompress from the stressors of being in a hostile environment.  Leathernecks who have been exposed to the horrors of war cannot learn to control their new emotions and anxieties in such short time.  Provart, a six time war veteran said, “Look at corporal Lambert! The poor guy walks into Wal-Mart like we are raiding the place. Lambert pops around every isle as if we are patrolling the streets of Rawah. I will often say something about it, but the kid doesn’t even know he is doing it.” (Provart).

Leathernecks have the ability to readjust to their environments with an adequate amount of time. One year should be allotted to returning war fighters to decompress and readjust to their lives in the states. The one year time period is adequate time for Marines to relieve anxiety, stress, and neutralize horrifying memories of war. Shorter deployment rotations cause the war fighters to compound stress, anxiety and emotional problems leading to drug use, alcoholism, and often suicide (Baker).  Increasing the amount of time Marines are in garrison would improve the mental health of military members. Due to the security needs of the world, these longer rotations are difficult to use. Because of this, DOD has attempted to implement a new computer evaluation process to detect health issues. But how accurate is it?

In August 2006, the Department of Defense established a new method of evaluating troops returning from combat deployments. The Post Deployment Health Assessment system was implemented to evaluate both the physical and mental health of combat troops. The questionnaire asks questions about physical problems, mental stability, combat actions and exposures (Johnston). The questionnaire has been implemented in good intent but fails to fill the needs of helping diagnos

DOD officials can make the screening highly proficient by assigning a psychological team to each deploying unit. A psychological team was assigned to 2nd Marines 3rd Marine Regiment during a combat deployment in Haditha, Iraq in 2007. The team followed the infantry unit during their deployment assessing troops on an individual basis. War fighters were found to be comfortable speaking to PDHA physicians while in theater. The team utilized the informal environment to speak with warriors while on guard duty and conducting other combat duties. The ability to use an informal setting increased the number of marines willing to talk by 20 percent (Johnston). The physicians have the ability to help Marines work through mental instabilities without the risk of harming their career. The team found 68 percent of the Marines of 2/3 had answered PDHA screening questions truthfully after a deployment with the physicians (Johnston). Teams like this should be utilized to help warriors work through the mental hardships of war while they are still in a combat zone. Immediate decompression of stress caused by combat action gives the warrior the instant ability to begin coping with the incident.  The ability to immediately cope with incidents decreases the risk of PTSD by 32 percent (U.S.Army). Psychological teams in combat are key to mental stability in America’s finest fighting force.

Military personnel with combat experience are affected daily by the memories and anxieties of war. The government has the moral right to treat warriors with priority by ensuring they receive the best care possible. DOD officials should ensure each returning war fighter is evaluated individually and privately. [Time between] deployment rotations should be increased to insure Marines are given adequate time for decompression, family and public reintegration.  Most importantly, the utilization of psychological teams in deployed combat units will allow warriors to cope with hostile actions immediately. Defusing memories and anxieties caused by acts of war directly after the incidents will allow easier transitions to daily life and greatly reduce the risk of PTSD in the future.

The combination of the above solutions would be the most effective form of assistance for warriors returning from combat deployments.  DOD officials have an obligation to assist returning war fighter with the best help available. The combination of all three solutions may not be compatible with government needs. Therefore actions should be taken to ensure every unit deploying to a combat zone is assigned a psychological team to assist and treat mental instability. The use of the teams will greatly assist warfighters transitioning to dialing living. The immediate action of physiological teams will reduce alcoholism, drug use, and suicide. The health of the world’s finest fighting force rides on the decisions of military officials. 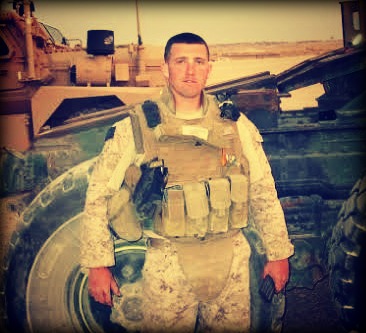 About the Author:  Devyn Laser (we know, sounds like an Action hero name right?) grew up in a hardworking blue collar family and always wanted to be a Marine.  After graduating from high school in 2005 he immediately joined the United States Marine Corps. In 2006 he deployed with regimental Motor T to the northern regions of the Al Anbar province. During this deployment he was attached to the Regimental Combat Team 5 (RCT5) route recovery team and 1st MEF mortuary affairs.  He deployed to Iraq again in 2009 with Marine Wing Support Squadron 271 in support of the Al Anbar retrograde.  After separating from active duty in June 2010, he worked for a PMC doing personal security.  He is currently attending college and pursuing a degree in occupational safety and environmental health. 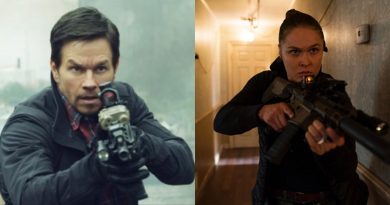 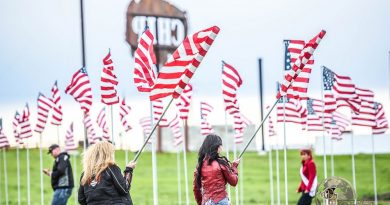 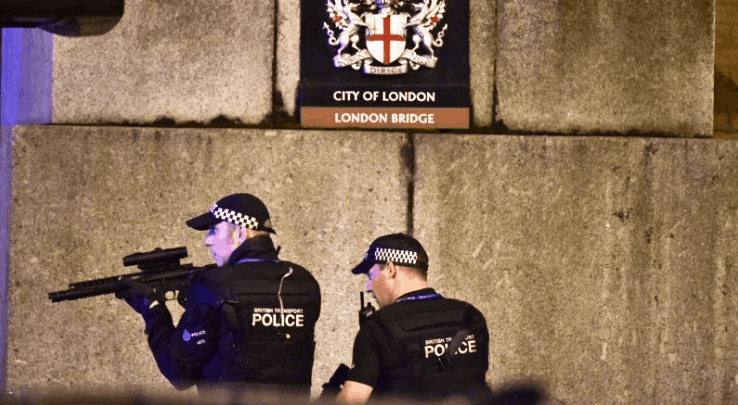