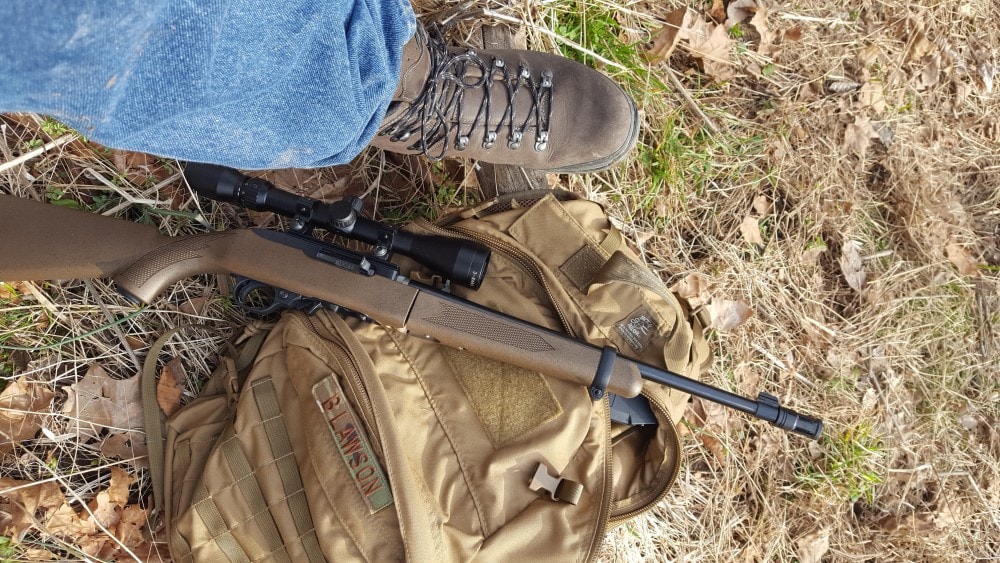 Use banging20 at checkout, save 20%. Support Breach-Bang-Clear by giving PROPPER your business!

So, this LOWA Ranger III GTX review came about because of my wet feet. My favorite deer hunting spot requires me to cross a fair-sized creek before climbing the ridge on the far side to get a view of the two hollows (or “hollers” in the native vernacular) that are frequented by my favorite quarry species. Depending on the water level, sometimes there are rocks to step on, but they are usually at least partly underwater. Calling them “slippery” would be understating things. More like bowling balls covered with WD-40. Creek water in Southwest Virginia isn’t exactly warm in November and December. Not to mention standing (mostly) motionless for several hours immediately after the soaking, which happened often enough to be a problem last year. 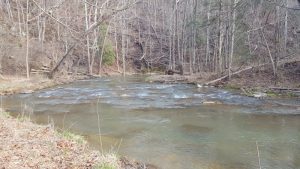 My crossing point on Meadow Creek.

Enter B-B-C Honcho David Reeder, who put me in contact with the good folks from LOWA. I’ve spent the past few months cruising around the woods, and creeks, in a pair of LOWA boots. To be blunt, I’ve found the solution to my problem and more. Obviously, there’s more to it than that so let’s get into the deets.

Based in Jetzendorf, Germany, LOWA has been making sporting footwear since 1923. The Italian Tecnica Group acquired the company in 1993 which gave it access to resources to expand its production from 350,000 pairs of shoes that year to over 2.7 million pairs currently.

That expansion has led to greater reach, and LOWA products are now available around the world. LOWA designs, sources, and produces its products from the ground up in the company’s facilities in Germany, Italy, the Czech Republic, Slovakia, Croatia, and Bosnia. This allows for a high degree of quality control, for which the company has been recognized by the European Union.

LOWA offers a wide range of footwear tailored to the needs of every level of outdoorsmen (and outdoorswomen, more on that later). In my case, Ingrid, the very nice lady with whom I communicated, took the time to discern my needs and gave me a couple of choices to fit what I like to do. The result was the pair of Ranger III GTX boots that showed up at my door a few days later.

My initial impressions were very good, indeed. These were obviously rugged, high-quality boots. Thanks to the spec sheet Ingrid kindly included, I saw that the Ranger III GTX boots feature a single-piece waxed nubuck leather upper with a Gore-Tex lining, which drew an enthusiastic response from my oft-wet feet. I’ll list the specs later, but I wanted to put these boys to the test, so we headed right out to the source of my angst on Meadow Creek. I had just bought a new rifle and wanted to do some shooting anyway, so it made for a nice winter afternoon. Plus, the water was colder than in the fall so I could give the boots a good first test.

Trying out my New Boots

The hike in was pleasant. It isn’t very far since it’s on private land, and I don’t have to do much fleeing to get away from “civilization.” Even though the boots were brand new with no breaking in, they were still comfortable, and my first impressions were good. I went straight for my crossing point and spent the next hour standing in the water and wading around. I amused myself by setting up some makeshift targets on the far bank and doing some plinking with my new 10/22 Takedown while standing in the creek. Good times.

I expected my feet would stay dry and I wasn’t disappointed. What surprised me was how the insulation in the Ranger III GTX books kept my feet warm despite being in cold water for that length of time. I don’t know the water temperature, but it was a mid-30ish day, and we had just come out of a cold spell that drove temps into the single digits. After 10 minutes or so, I could detect the coldness of the water if I concentrated, but my feet were always comfortable, and I didn’t notice if I didn’t think about it. 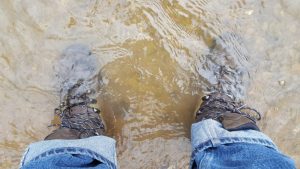 These boots kept my feet warm and dry, even in cold water.

I made several trips to the creek and other forested areas over the next three months. The LOWAs broke in quickly, helped by wearing them around on daily activities, and they soon became the most comfortable boots I’ve ever worn. I tried to put them to varied use, whether it be hiking on level ground or easy slopes, or climbing the side of a ridge.

Just up from my favorite hunting area is a rock tor about 40 feet high. Now, as the fictional bluesman Willie Brown once said, “I’m built for comfort, not built for speed.” I had no real desire to climb this thing. But, in the interest of being thorough, I tackled it in the LOWAs. Once again, there were no issues and my feet kept a solid grip on the rocks. Likewise, the boot offered good ankle support and the upper adjusted well to my movements. The only time I got wet during these outings was when I took an ill-advised step onto a very slick rock and lost my balance, causing the water to lap over the top of my boot. My bad on that one.

The high-quality materials and workmanship became more evident with each outing. LOWA takes pride in its quality products, and they provide lots of info on their website, https://www.lowaboots.com. LOWA knows that men and women have a different form to their feet, and they don’t disappoint with a line tailored especially for women. They also offer high-quality options designed for children. If you’re a hiking or outdoors family, then LOWA has you covered. The LOWA website details all of this with specs and diagrams that show the thought and effort put into the products. 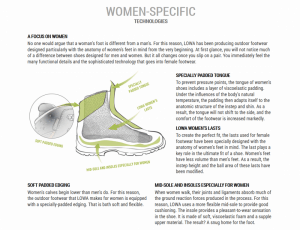 LOWA offers a line of boots designed for women. 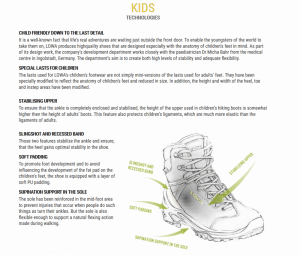 LOWA gives back to the outdoor community as few companies do. They support several non-profits like the American Alpine Club, the American Hiking Society, and Big City Mountaineers, which provides outdoor programs for urban youth, among others.

LOWA offers discounts to people who make their living in the outdoors as well as directly sponsoring many professional mountaineers and Alpine athletes through their Active and Pro Teams. They also offer a discount to active duty members of the US military and the Forest Service. LOWA customer service can help anyone interested in those benefits. Finally, LOWA demo centers offer a “free hike” with any of their boots. Just go into one of these centers, and they will literally loan you a pair of boots for a day to try them out. That’s a pretty confident approach. The demo centers can be found here: https://www.lowaboots.com/about-lowa/lowa-demo-centers. 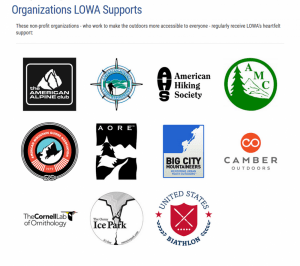 Final Review: You Won’t Be Disappointed

LOWA offers boots and shoes for every level of activity—from weekend hunting enthusiasts like me to hardcore Alpine climbers who need extra insulation and special soles to help grip the ice. I’ll reiterate the fact that my Ranger III GTX’s are the finest pair of boots I’ve ever worn. I can’t yet speak to their longevity since I’ve only had them a few months. But I’m confident they will serve me well for a LONG time to come.

I approached this review as skeptically as could since I had never heard of the company before. But I just can’t find anything to complain about. I found lots to love about these boots and the company itself. If you’re in the market for a damn fine pair of boots, you owe to yourself to visit their website. Better yet, stop by a LOWA outlet and try them out. I bet you my next 10-pointer that you won’t be disappointed. 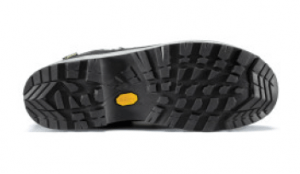 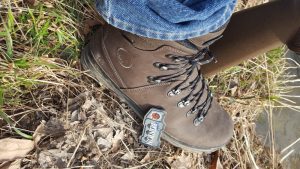