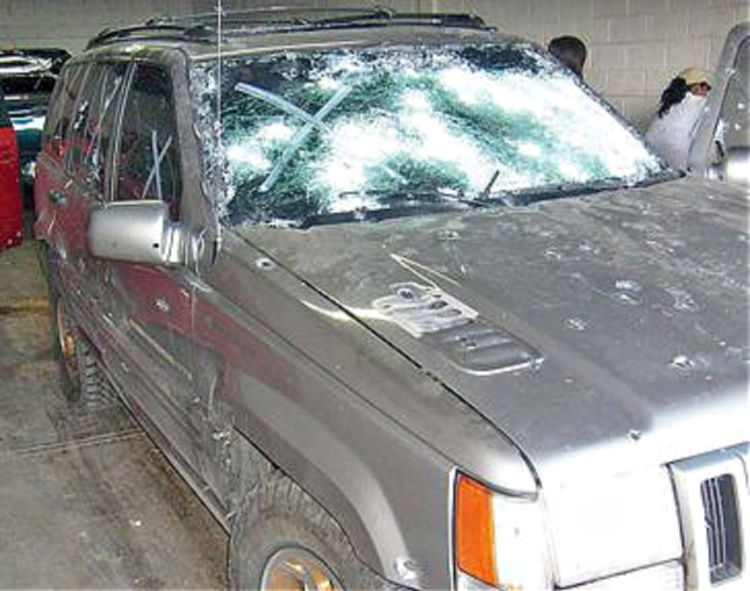 In the past few months, I have traveled to several border towns along the U.S./Mexico border as part of a contract I recently obtained. As a result, I am required to remain in these undisclosed border towns for anywhere from 2 to 3 days.

During one of my recent visits, I stepped into a number of bars and restaurants, and recently I had occasion to sit at a bar where a well-dressed individual who was accompanied by another man came in and took a seat next to me at the bar.

The conversation was sporadic and really didn’t amount to much until we each had a shot of tequila, and then a couple more. As the evening passed I became more familiar with the individual sitting next to me. His pseudo name is ”Flako” and shall remain his name throughout this encounter. 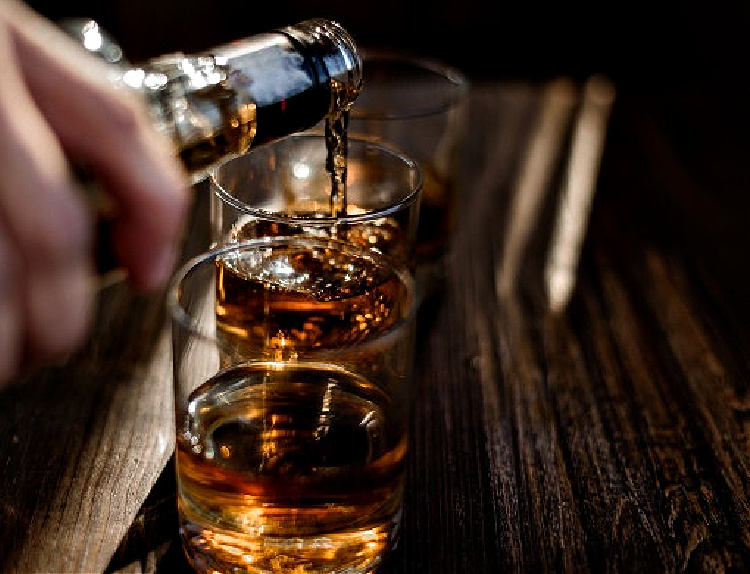 Flako and I continued to make small talk and he eventually asked what I was doing in town and for how long I was visiting. I told him that I was in town on a contract to work with some of the local mines in the area. In turn, I asked what he did in this area and he responded that he was involved in ranching and exporting cattle from Mexico to the United States. That seemed about right since he was dressed accordingly, although he was wearing some of the more expensive boots, hat, and jeans that are not normally worn by cattlemen in this area. (Flako’s attire was more what the upper-level cartel members and smugglers wear.)

(I should note that Flako’s demeanor throughout my encounter was extremely rude and gruff towards anybody he spoke with.)

As I looked around to the only exit in the bar, I noticed there was an individual who was dressed identical to Flako and seemed to be on guard, acting as security. I could also tell he was armed with at least a handgun of some sort since I could make out the outline under his loosely fitting shirt.

As I very carefully engaged Flako in conversation, I came to the realization that he was a man of some importance and authority. The bartender was very careful in his approach and spoke to Flako in a very respectful and somewhat nervous manner, making sure there was always a drink in front of him.

After a few more drinks and some shots of Bacanora (regional moonshine), I excused myself to go have dinner and then get some rest. As I was departing, “Flako” called me back to where he was seated. He asked if I was staying at this particular hotel, to which I responded I was. As he stared down at his shot of “Bacanora,” almost in a whisper, he very seriously told me not to leave the hotel until morning as there was a lot of trouble going on and he didn’t think it was a good idea for me to be wandering from the hotel property after dark. I took his advice and paid heed to his warning.

This particular border town has always been in dispute with the Mexican Drug Cartels, not only because of its proximity to the border but because of the neighboring Mexican states that cartels control. These old corridors are highly effective in avoiding detection from law enforcement and the general public. This is primarily because of the terrain and the remote, rugged mountains and valleys that flow directly into the highways and thoroughfares that run along the border and into the large metropolitan areas of the United States.

That evening, after having drinks with Flako and having my dinner, I retired to my room and settled in for the night. Sometime around 0100 hrs. I got up to turn of the room air conditioner because it was squeaking and making loud noises and cracked the room window open to allow for some fresh air to come in.

Not much longer after that, around 0130 hrs. I woke up to automatic gunfire, sporadic explosions (grenades?), and sirens traveling to the west of the hotel. Being that these hotels are built of heavy concrete, I removed the mattress to the floor and laid there for the rest of the night. The gunfire and explosions finally subsided around 0300, but the sirens kept running all night, obviously responding to casualties of this gunfire and/or structural fires that were set.

The following afternoon I was seated at the bar again, drinking my usual and who shows up, but Flako and his partner. Except this time there was a different individual standing at the door.

Without saying anything to Flako I asked “Ramon” the bartender to bring Flako his usual drinks. I hadn’t looked over at Flako until his drinks came, and he turned to me and raised his shot glass in a “thank you” gesture to me. I looked over at him and noticed that both he and his partner had scrapes, bumps, and bruises on their faces. His partner still had an open, oozing wound on his neck at the base of his right ear. Both were in some apparent pain but didn’t skip a beat toasting each other on their successful gun battle from the night before. 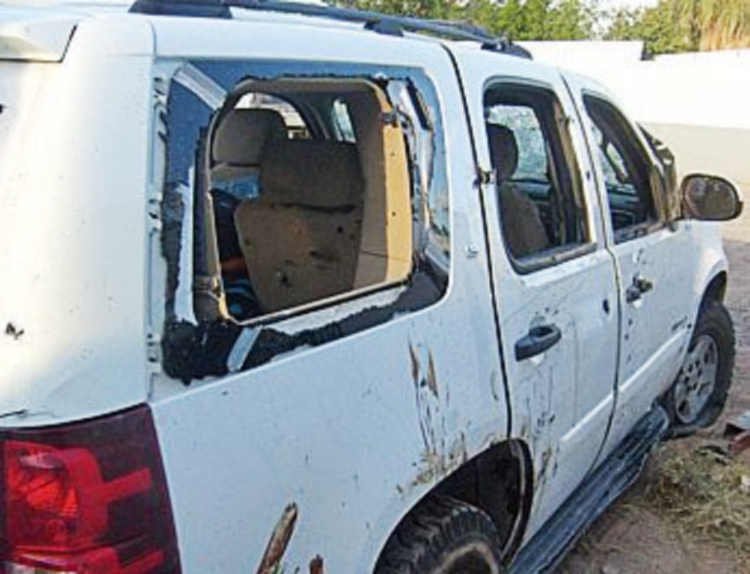 I asked “Todo Bien?” (all good?) and he nodded he was good. My instinct told me not to ask and not to stare, so I didn’t. And I’m glad because a short time later, Flako snapped at Ramon, “What the fuck are you looking at?” in Spanish and Ramon sheepishly returned to his bartending responsibilities without saying a word.

***A little background on “Ramon”. A little over 30 years ago, when I worked as a police officer in the U.S., I met “Ramon” bringing drinks on a platter to the local drug lords at one of the cartel hang outs. I didn’t pay much attention to him as he was about 14 years old at the time and I figured him for a kid just trying to earn a few pesos to sustain himself. After all these years had passed, I again met Ramon who is now managing this particular bar and managing the business for the owner. Ramon and I spoke at length while I was the only one drinking there. It turns out, he is exclusively the bartender for these cartel gangs because he has been in the business for so long and is well trusted to not ever repeat anything he sees or hears at the bar.***

Flako didn’t stay long at the bar the day after the shootout and left after a couple of shots, leaving me alone to keep Ramon company. A few minutes after Flako left, Ramon told me that there had been a pretty big shootout the night before between the Sicarios from different cartels who are fighting for control of the plaza. 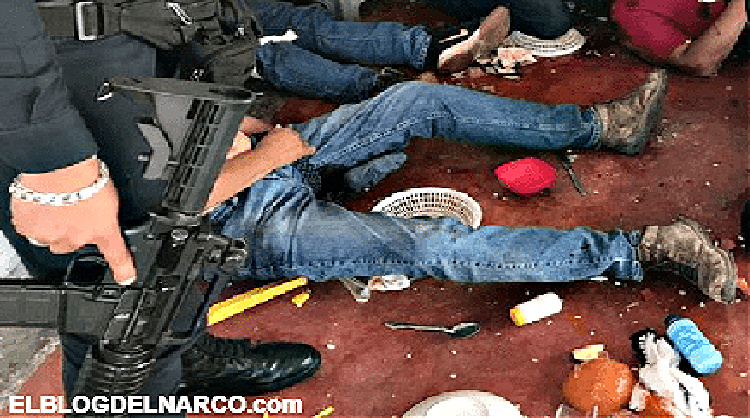 I finally worked up the nerve to ask Ramon who this Flako is and Ramon looked at me as if I was dumb. He responded with a smirkish smile, saying that Flako is the leader of the Sicarios of this particular town. My heart jumped into my throat and I suddenly felt this immense feeling of my entire body tingling throughout my body. Ramon looked at me and smiled, bringing me another drink.

Ramon told me that some 15 Sicarios were killed in the shootout earlier that night and an unknown number of them had been wounded in the skirmish. He said that since “Chapo Guzman” was taken down, the cartels have been fighting and killing each other for control of his territory.

According to Ramon, Flako is a former “GAFE” (see description below) and the majority of his lieutenants (TL’s) are former GAFE, Except for the Internal Affairs Team., which is headed up by and comprised of a group of former “Kaibil” members from Guatemala.