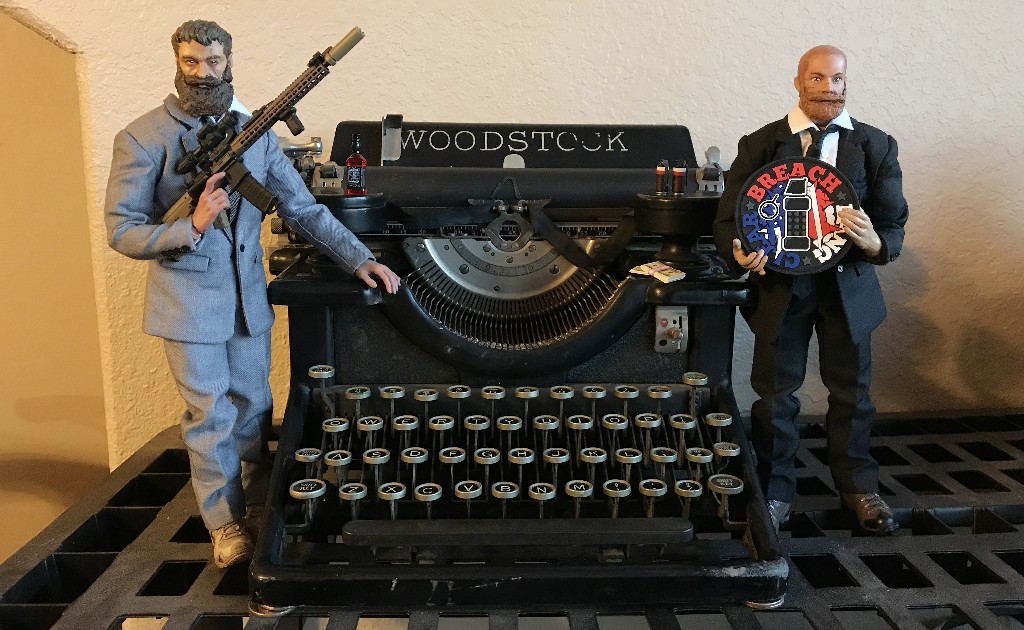 You get the idea.

Check back when you can..recounting this level of awesome badassery is an arduous, even Sisyphean task, so it must by necessity an ongoing effort.

They fight evil so you don't have to.

The Mad Duo are perhaps the best-traveled, door-kickingest action figures in the history of mankind. They are modern-day trigger-pulling analogue of "Flat Stanley"; for instance, they realy do mail themselves all over the globe to hand out with some of the best pipe-hitters in the business.  Writers from the beginning of their careers, their scalpel-like wit and perspicacious perspicuity are the editorial equivalent of a .308 boat tail to the head. They don't mean to be so awesome, they just wake up that way every day -- just ask them, they'll tell you. Richard "Swingin' Dick" Kilgore and Jake "Slim" Call prefer rifles for social work but are more than proficient with their pistols and have little patience for stoopid shit. They never dangle their participles, never fall for the banana in the tailpipe trick, and always remember to police their brass. They are currently headquartered in Nancy's Squat'n'Gobble, the best strip club and spaghetti buffet in Oklahoma City and are saving the money they earn from the Tactical Buyers Club to retire.

As though this much badassery could ever retire.

Today we present another course AAR from our resident Sybilline Warrior ...

Open
Fight Like a Girl: Ellen is On Track Today we pre

Today we present another course AAR from our resident Sybilline Warrior Princess, Ell P. Ellen ( @luminousmotion ) is not just going to talk about the class (Greenside Index Tracking), she's gonna articulate how she uses tracking skills in her every day life, even when she's not actively hunting spoor.
To read the article in its entirety...and trust us it's one you don't want to miss, visit breachbangclear(dot)com!

Open
"It was ze greatest beer in all ze vorld!" #breach

ALCON: Black Budget Op in Jacksonville NC has been initiated!

Open
This morning on breachbangclear(dot)com: ALCON: B

ALCON: Black Budget Op in Jacksonville NC has been initiated!

Be advised yesterday we initiated a double secret black budget operation in Jacksonville, NC. The opening phase was conducted at the Driftwood and continued into the wee hours of this morning. The next few hours will be crucial. Not that providing dollar bills to single dancing moms isn't important, but we're about to toss flashbangs literally as big as we are and do some serious work. Luckily we enjoy peril as much as we do boobs.

To read this in its entirety visit us at breachbangclear(dot)com!

Train MDFI – September and October Update. You doing any training this Fall, or just sitting on your ass? Article is up on ...

You guys know our opinion ...

Open
Today on breachbangclear(dot)com: Training on the

You guys know our opinion of Pete Nealen. He's written some great op-ed for us in the past, bringing his own mutant-like powers of observation and skewering wit to bear on things. This is one of his best yet. Sequestration and (lack of) money can be as much a drag on good training as Long Rifle/Range Control's inherent desire to not cooperate. There are some ways around that.

A public service message from the #MadDuo #Triggrcon2017 is open to the public Sat/Sun, more: ...

Open
A public service message from the #MadDuo #Triggr 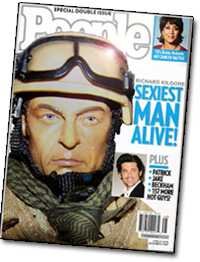 Richard "Swingin' Dick" Kilgore is half of the most storied celebrity action figure team in the world (and the half that doesn't prefer BBWs). His nickname comes from his first deployment as an action figure (it was to Air Assault school). Born in Freedom, Oklahoma, he believes in American Exceptionalism, America, holding the door for any woman (lady or whore) and the idea that you should be held accountable for what comes out of your fucking mouth. Swingin' Dick has been a warrior gyrovague for many years now and is, apparently, impossible to kill -- he once had a complete body transplant after an IED hit the gun truck in which he was riding.

That's a true story, one of the Cav guys mailed his head and arm home.

Swingin' Dick comes from a long line of soldiers and LEOs (his Great Uncle commanded an Air Cav battalion in Vietnam and his many times removed great grandfather was one of the few original Burt Mossman era Arizona Rangers). Swingin' Dick detests Joy Behar and Chris Matthews almost as much as he enjoys traveling the world to crush crime vice and evil. He believes the opportunity to lead eeeelight team of Breach Bang Clear minions is the most improbably awesome thing an action figure has ever done and he's immensely proud of his perfect hair. 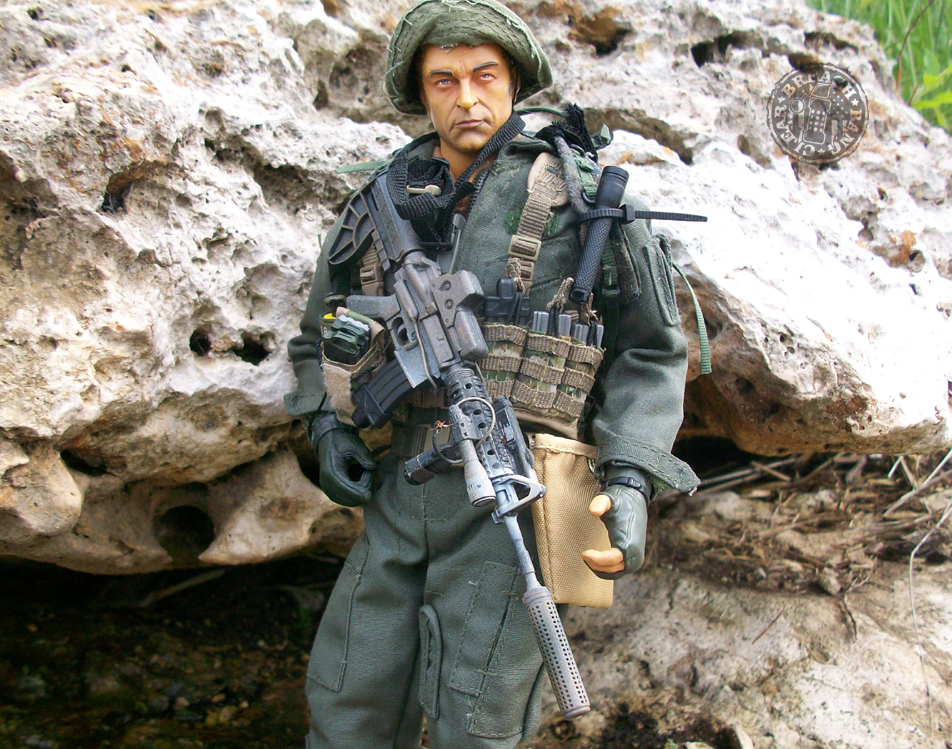 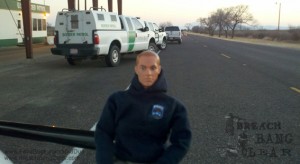 all the way back to the earliest days of the Texas Rangers. Contrary to what Swingin' Dick says, he does not like fat chicks. Born in Austin, Texas, Slim has been a part of Breach-Bang-Clear since about '05, and since then has traveled around the world spreading awesomeness, fighting evil and putting single dancing moms through college. Slim hates hippies, sissies and when the MRE Tabasco leaks into the toilet paper and dries there but you don't realize it until its too late. Together with his comrade Richard "Swingin' Dick Kilgore" Slim manages and directs an eeeelight blogging team of writers that thinks you can be a warrior and a patriot and still be amenable to civil discourse. 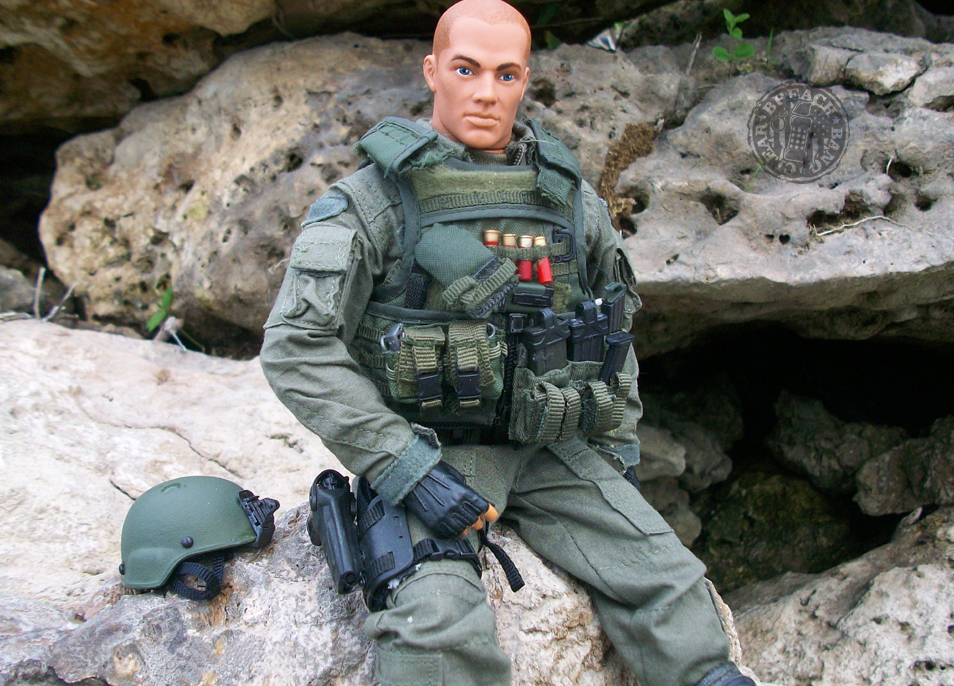