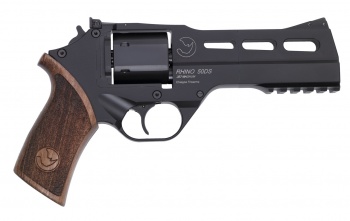 Yeah, we’re gonna need one of these. Maybe two. Say what you want about a double barrel, it will never be as cool as a triple barrel (which itself is only 75% as awesome as a quadruple barrel).

This is the Chiappa Triple Threat.

Many of you may be familiar with the Chiappa Rhino, but what do you know about the manufacturer?

Chiappa Firearm Company is was started by Ezechiele Chiappa. To keep this simple, thankfully, he preferred going by Oscar, so that is how we will refer to him from now on. In the early 1950s Oscar started in his career with Tanfoglio as a production line worker. But within four years at the ripe old age of 22 he was promoted to manager of all production which at that time was revolvers for the most part.

In 1958 the owner of Tanfoglio became ill and abruptly passed away and his wife decided to sell the company. As can happen with such things after the sale Oscar was removed from his management position so he decide to resign and move on. However, his life-long love of firearms and their use in sporting activities along with his machining expertise kept him in the industry and he formed his own company to do subcontract work for other companies. Eventually this new business lead to more production and at 29 Oscar founded his own company, Armi Sport.

Armi Sport mostly manufactured replica firearms such as black powder and early western models as used in America’s Wild West. These were and still are popular thanks to movies and television. And back then American westerns were very popular with Europeans. Eventually Oscar’s replica firearm business bled over into the huge U.S. market. At about the same time he originated a high-quality line of realistic blank firearms (Kimar brand name). In many countries in Europe you cannot have home defense firearms (or hand guns), but realistic blank guns are legal and have actually been used to convince criminals to buzz off.

Oscar’s son Rino (pronounced Reeno) virtually grew up in the gun industry and by going to dad’s factory when possible, Rino learned early on how to make firearms at Armi Sport. By the age of 10 Rino was able to correctly operate most of the machines. This all took place before the plethora of laws in both Europe and the U.S. preventing children from learning factory, trade, retail and even farm work from parents in the family business. Rino’s manufacturing education continued at the family business after hours, through high school and during summer vacation from school.

It was at this time, when Rino was around 19, that the old Tanfoglio Company that dad, Oscar worked in went bankrupt. This presented an opportunity to the Chiappa family to pick up more firearm orientated milling machines for their growing company. Rino like any young guy working for family “knew best” and pressed for the family to buy these machines–and as if that was not enough to restructure the current Arim Sport. Ahhhh, the non-emotional and quiet family discussions those always easy going Italians had around the dinner table… 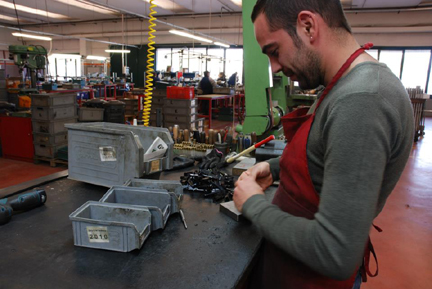 At age 21 Rino married his sweetheart Susanna–and the restructuring “discussions” took a day off for the wedding. However, Oscar was never real enthused about the day to day running of the company as he preferred a hands on approach of making firearms himself. A year or two later Oscar informed Rino if he wanted to run the company he could and Oscar would turn it over to him and he (Oscar) would stay on making guns and acting as a consultant to the company.

In the mid-80s Rino took over management with dad Oscar watching to make sure he did not screw things up. But Rino had things well in hand and was growing the company and now granddad Oscar was teaching his young grandchildren (Rino’s and Susanna’s kids) how to make guns. In 2002, work was nearly completed on the new current super modern factory when Oscar took sick and passed away; he never saw the new factory completed later that year.

hey expanded production further into modern firearms (some revolutionary like the Rhino Revolver) and retained production of their quality replica and blank firearms. Currently Chiappa makes over 70,000 firearms a year out of their new ultra-modern 108,000 square foot main plant which employs 80+ employees and exports to 62 countries world wide.

Rino and wife Susanna are incredibly friendly, speak, read and write fluent English among other languages.  They (especially Rino) travel to the U.S. often. Rino is an active NRA member and he is not just a gun maker and designer; he is an avid hunter, shooter and President of SASS in Europe.

Rino will be at the Chiappa and MKS Supply 2013 SHOT exhibits for meets and greets with anyone interested in visiting. If that sounds like an invitation; it is.

There you have it. Now they just need to make one of these. Remember Big Bad John? 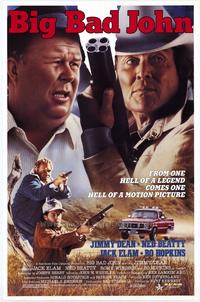