Jesse Ventura has apparently told more than one news source he intends to pursue further legal action – the lawsuit is NOT over. Though his anti-defamation case “against former Navy SEAL Chris Kyle’s widow” has been successfully concluded, there is apparently additional vindication yet to be earned. Ventura was awarded $1.8 million  in damages against the Kyle estate (or its insurance, depending on who you believe). He incensed much of the military and pro-military public by going forward with his lawsuit even after Kyle was killed (allegedly murdered) by suspect Edie Ray Routh near Glen Rose, Texas. Ventura himself is a former Navy SEAL turned pro wrestler turned Governor of the State of Minnesota turned professional conspiracy theorist. He is now suggesting that more legal action is imminent and that he has plans to “visit HarperCollins” (the publishing firm behind Kyle’s book American Sniper) soon. This is presumably to pursue further litigious fuckery against them.

HarperCollins has already announced that the passage at the heart of the recent lawsuit would be removed from future editions of the book.

To make matters worse, Breach Bang Clear’s Mad Duo has just received an insider tip that Vice President Joe Biden will shortly be making an announcement about Ventura that is sure to add further fuel to the controversial fire. We will share that as soon (and if) as we have it confirmed.

Ventura, who was born James George Janos in 1951, graduated BUDS (Basic Underwater Demolition/SEAL) Class #58 (apparently in 1969) and was a SEAL, not a “UDT guy” (though to be clear that would have been a worthy feat alone). Renowned for his fashion sense and frequently lauded for his firm grasp on reality, Ventura is also a skilled and accomplished actor. He has received many accolades for his role as an Arkham Asylum prison guard in 1997’s Batman & Robin, the character “Blain” from Predator (“I ain’t got time to bleed!”) and the post-Dr. Jenning monster form of the Dark Overlord of the Universe in Howard the Duck. He went on to become the “goddamned sexual tyrannosaurus” chief executive of the country’s 32nd state.

Ventura recently tugged at everyone’s heart strings when he said, “I can’t go to a SEAL reunion anymore. That was the one place where I always felt safe. I can’t go there anymore without looking over my shoulder now wondering who is going to come after me next.”

The poor bastard. We can only hope that $1.8 million can do something, anything, to assuage his suffering – although, in fairness, he was not suing Kyle’s widow. He first sued Chris Kyle, then the estate. It may seem like a simple distinction, but it’s an important one, no matter how much you decry Ventura’s actions.

Ventura apologists (the vast minority) note that Ventura won the case -which he says defames him in more than one way, including allegations of treason – by dint of due process. He convinced the majority of a Minnesota jury the he was in fact the victim, which in fairness should be a significant point. Ventura’s testimony and that of his witnesses was sufficient to overcome that of Chris Kyle (there was a lot of taped evidence in the form of the deceased SEAL’s depositions) and his witness. However even the least reasonable of the Ventura sympathists, however, agree he should have accepted his vindication and walked away. Some suggest he should have taken only his attorney’s fees and declined the remainder, or perhaps used it to set up a trust fund for the Kyle children. They also point out other shady goings-on with the Widow Kyle, such as her lawsuit against Kyle’s former business partners at Craft International – shadiness that could mean a lot or nothing (and in many contexts).

It might be important to note that $.5 million of the award will be covered by libel insurance; the other $1.3 million will come from the estate (which is reportedly is valued in excess of $5 million). That’s not to say it would suck to lose $1.8 million, but rather to point out this settlement is not going to “take food from a widow and her children’s table).

Most of those who take issue with Ventura’s lawsuit (the vast majority) counter quite simply.

“Ventura’s a weak-assed bitch for suing a widow,” said one eloquent exemplar. “Fuck him. If this was really to prove a point he’d have come out and said, ‘Hey fuckers I’m vindicated, eat a dick,’ and not taken any of the money.”

That is a valid point, though one might also wonder how much of that settlement is intended to counter the loss of earning potential (which is not a justification of course).

Another man we ran into at the commissary spoke to us on condition of anonymity (for reasons we’ve yet to understand).

“People tend to do stoopid shit when there’s a lot of money involved,” he said, “and social media is perfect for forming cyber lynch mobs regardless of truth, consequences or context. Whether Ventura truly was defamed and Chris Kyle lied or not, he screwed the pooch with how he handled it. Doesn’t matter if the Kyle estate had insurance or not. Conspiratards who play stupid games win stupid prizes.”

One NCO recently returned from NSF Diego Garcia seemed to agree, and summed it up nicely. “Ventura may be a fucktarded assclown,” he said sagely, “but there’s been a lot of bullshit coming out of it. Allegations he wasn’t a SEAL are just the least of it. He probably does deserve to have his ass whipped and he definitely ought to be ashamed of himself, but let’s not forget it was this whole Kyle-Ventura thing that helped sell a lot of books in the first place – and now it’s going to keep selling books. Anyway, none of this bullshit with the grownups will change the fact that a several kids are going to grow up without their dad. Not just Kyle’s but Chad Littlefield’s too, which everyone seems to forget. That just sucks sweaty dog balls.”

Ventura was unavailable for comment for this article, probably because we didn’t ask for one. This is, after all, just the setup for a scathing satire piece (though it will no doubt engender some butthurt). What will be interesting will be to watch and see how many people parse out everything we’re really saying vs. those who just rail against Jesse Ventura’s black-hearted villainy.

Stand by for breaking news about Ventura’s new job once we figure out how to make it sound as ridiculous as possible.

Note: this article was edited at 16h30CST 31 July to try to give the sarcasm and underlying message further clarity. If we have failed to make you think, or failed to make you consider some things  you might not have before, we apologize. We’ll try to do better in the future. Mad Duo 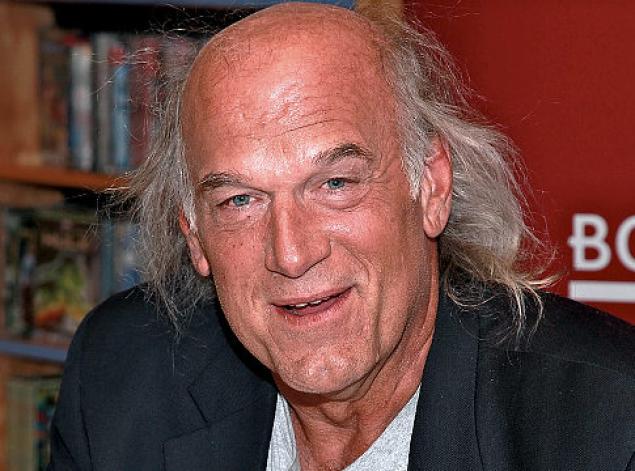 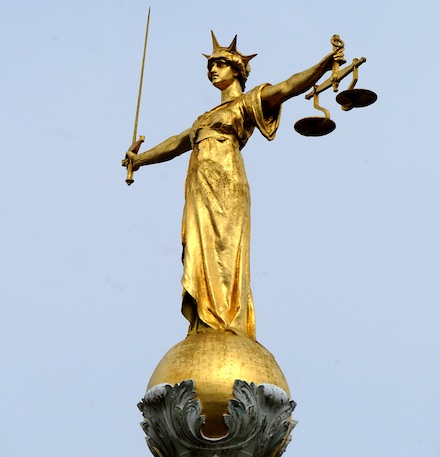 Justice for Jesse – a counter-argument FOR Ventura

Then Someone Took The Chris Kyle Mythos Too Far 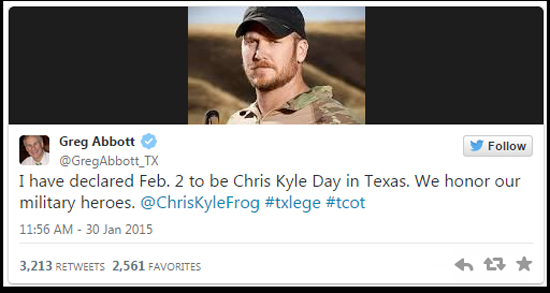 Next Monday is Chris Kyle Day in Texas – it's official

3 thoughts on “Ventura – Kyle litigation NOT over (and breaking news)”