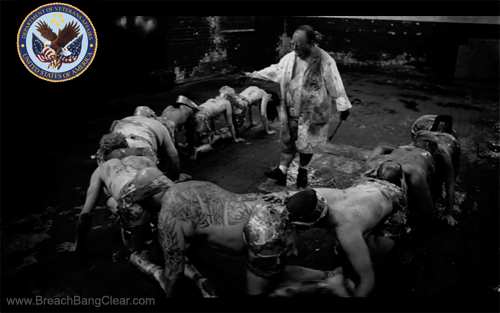 According to a report released by Sen. Tom Coburn (R-OK), over 1,000 veterans may have died as a result of misconduct on the part of VA employees. Now, that could mean a lot or just a little, given the way this issue has been bandied since the story of issues with the Department of Veterans Affairs “broke” recently.

Frankly we’re astonished that everyone is surprised by the news that the VA is dicked up. Most of us – meaning many of you reading this as well as most Mad Duo minions – have known our whole professional lives that the VA is a soup sandwich.

To be clear, some of us have had good results with the VA. Some of us mixed results, some (and these are in the majority) beyond feculent and execrable.

Among the reports allegations:

Pretty much all of us have horror stories about the VA – fucked up or lost records, interminable waiting times, substandard care…knowing you have to undergo surgery at the VA is about as appealing as volunteering to be a part of the next human centipede.  Remember what happened to Jose Goncalves in CT? The question isn’t whether the VA is institutionally negligent as a whole (there are some decent VA centers out there) but rather whether it can be fixed at all.

We think it’s an issue du jour and will at some point fade to the point of outraged background noise when the next scandal comes along. What do YOU think?

The original article detailing the report is here.