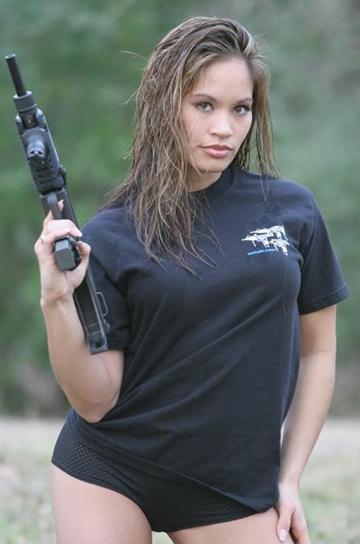 Via Israel’s Homeland Security on-line. Anyone that grew up when we did loves the Uzi. In it’s own way it’s a classic, like a 1911 and Marilyn Chambers. What’s not to like about a submachine gun that helped in the raid on Entebbe,  made a man of Abraxas, the Guardian of the Universe and allowed Chuck Norris to spin in place and kill dozens of bad guys?

Legends don’t die, they are being further developed

It is probably the most known firearm in the world. Armies, special units and gangsters , selected the Israeli UZI sub machine gun as their preferred weapon and for many good reasons.

First developed and utilized by the Israel Defense Forces (IDF) over 50 years ago, and with continual upgrades and refinements, this renowned and iconic firearm has sold millions worldwide. Until some years ago , this legendary weapons was made by Israel military industries (IMI). The light weapons subsidiary was purchased by Israel weapon industries (IWI) who is continuing developing new versions.

The first thing you notice when handling an UZI is the robust design with zero functional compromises to satisfy design aesthetic.

A very interesting version is the Uzi pro pistol. It was developed as a response to requests of consumers. easy magazine changes.   The side-mounted cocking handle allows for a full length Picatinny rail on the top of the receiver, while a short Picatinny rail is mounted below the barrel for additional accessories.   The UZI pro pistol is chambered for the widely available 9mm Luger Parabellum caliber and features a proven blowback design to cycle the action from a closed bolt.   The designers of this weapon also understood that safety and serviceability were as important as function.   The UZI pro Pistol features three safety mechanisms: a conventional manual safety, a firing pin block and a proven grip safety that must be fully depressed before the gun can be cocked or fired.   Maintenance is a breeze requiring no special tools for quick and easy field stripping.

There is no doubt that this new version will also become a “hit” among units that concealment is crucial in their operational pattern.

One thought on “The New and Improved Modern Uzi”