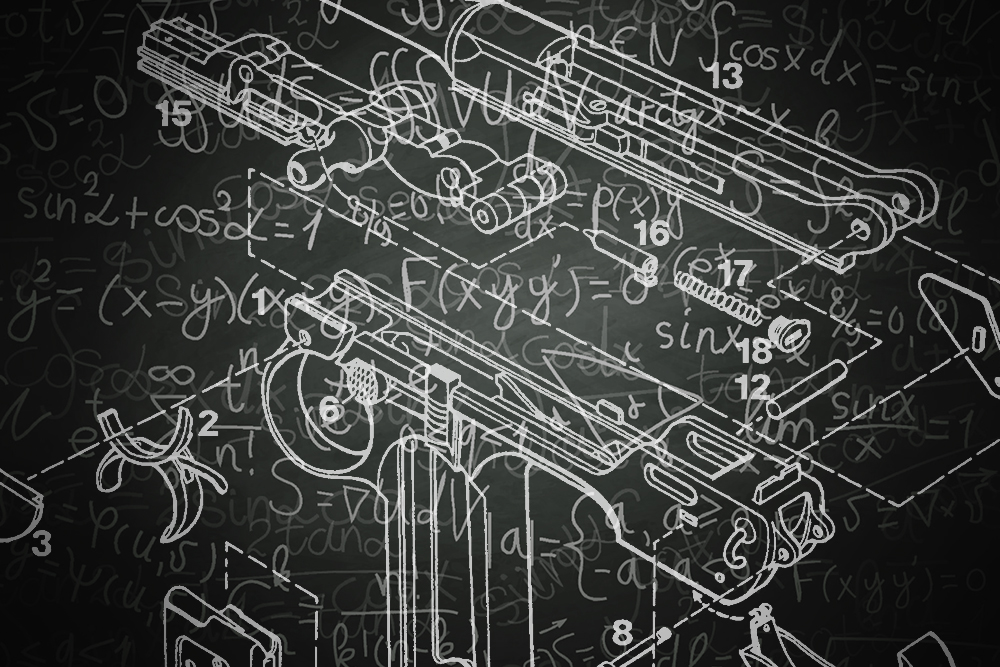 Another AD/ND somekindaD video has been making the rounds again lately, in addition to reports of a longtime firearms instructor/SME having one during a demonstration.  It seems like every week there’s one in the news, and usually from someone “that’s supposed to know better” like an LEO.

ND Math and How Not to be Dumb on the Interwebs

There has been a lot of talk about ND’s (Negligent Discharges) lately due to a video that has been circulating. I am not going to get into the particulars of it except to say in my opinion it does not necessarily look like an ND to me. There is also obviously something nefarious going on concerning that because my Blue Falcon meter went into the red the second I saw the way it was edited.

The issue I will address here is people do not seem to realize ND’s are more common amongst professionals than the general public would think. And definitely more than we would like to let on. For some reason the only places firearm enthusiasts believe absolute perfection exists, and completely disregard stupid things like math at the same time is when it comes to professionals in the firearm world.

GIVEN ENOUGH TIME IT HAPPENS TO EVERYONE EVENTUALLY

When I was in Iraq ND’s were easily neck and neck with booze as the #1 reason for getting fired or suspended on a contract. I can’t count the amount of times I jumped in a gun-truck and the dash or floorboards had bullet holes in them. Holes from outgoing non-combat fire, not from incoming hostile fire if you get what I am saying. Come to think of it, the first time I ever saw someone fire a SAW was a guy on RRT who cooked off a half dozen belt-fed goodies when the driver hit a pothole (and, RRT’s gone).

Yet most non-professional people in the firearm world cling to this odd square range dogma that having an ND is a unicorn event.

THE LESS YOU DRIVE A CAR, THE LESS OF A CHANCE YOU GET INTO A CAR ACCIDENT

The majority of the times a regular guy will hold and manipulate a loaded weapon in their hands is at a range or holstering/upholstering their CCW.

Read that carefully please and note the “in their hands” and “manipulate” part.

Think about it: as a firearms enthusiast how often (measured in minutes) do you have a loaded firearm you are manipulating in your hand, per month?

Yeah, not that much when you objectively add it all up. For most people who go to the range once a month on average, take a class here and there, and CCW daily it probably averages less than 3 hours a month total (2 min a day loading, unloading, holstering for CCW + a couple hours shooting).

But for the sake of argument lets say it’s a generous 5 hours a month.

THE MORE YOU DRIVE, THE HIGHER CHANCE YOU GET INTO AN ACCIDENT

Now let’s flip this around; what if you are someone who holds and manipulates a loaded weapon in their hands as a job?

Please note again the “holds and manipulates” part, as this is an important factor. Generally speaking, a firearm cannot discharge a round without having someone touch it at some point as the catalyst that results in lead flying.

Some examples of people who do this are: firearms instructors, military folks in a combat position, Law Enforcement guys on a tactical team, or security contractors. Or a myriad of other jobs where you spend the majority of your day physically holding loaded firearms in your hand. We are talking professionals who are constantly manipulating and physically holding a weapon all day/night long.

That means: flipping the safety selector, loading, unloading, walking, running, eating, shitting, in and out of buildings and vehicles, and all the cool guy tactical stuff for 10 to 24 hours a day, 7 days a week, in 3 to 6 month blocks no days off.

Under the above specific circumstances the hours a month average is conservatively around 300 hours a month for the professional.

AND THE MATH SAYS:

…and the math says, “for the rest of the article, follow this link.”

12 thoughts on “The Mathematics of having a Negligent Discharge”