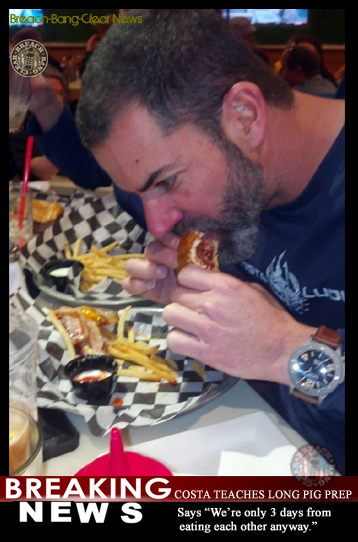 Reprinted in its original format from last night’s edition of the Predator Blog:

Here’s something we never expected to see. You remember the hoax that went around a few years back about ‘manbeef.com’? The spoof site that alleged to be selling prepackaged human meat from donated cadavers and dead indigents? According to an exclusive story made available to Predator Blog by tactical news correspondents-at-large Richard Kilgore and Jake “Slim” Call, one of the country’s best known shooting instructors is now advocating preparation for the same thing, though admittedly only in the most exigent circumstances.

“Look, here’s the thing,” Chris Costa says somberly to students at a 7.62 Heavy course at Rocky Creek Ranch. “Things are going to go bad at some point. What happened to the banks in Cyprus is only a harbinger of things to come. When the electronic gladhanding ends, when masses of people realize their government debit cards and food stamps aren’t any good, they’re going to panic and it won’t be too long before they’re starving.

Costa, the lead instructor behind Costa Ludus, has long been considered a forward thinker when it comes to SHTF scenarios. His ‘Operation Z’ video series was actually a TEOTWAKI message for preppers disguised as a sci-fi action series.

“Like it or not,” Costa says, “large urban areas in this country are maybe just three days from eating each other. Maybe less in Austin or San Francisco.”

According to our sources, Costa intends to add Long Pig Cleaning and Prep to his Costa Ludus stable of courses. He will likely also license recipes via Costa Consulting to assorted survival shows and reality television series. (Long Pig has been a euphemism for human flesh since at least 1766, when the term was coined by scullery cooks on the HM Endeavour.) 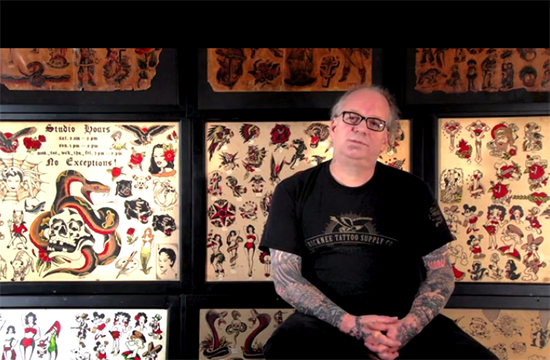 Ohio Tattoo Museum: be a Part of History 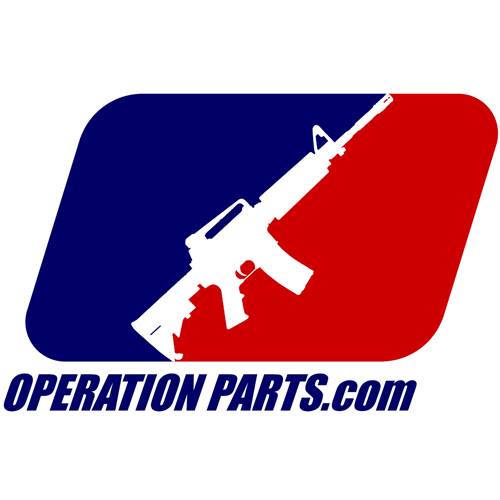 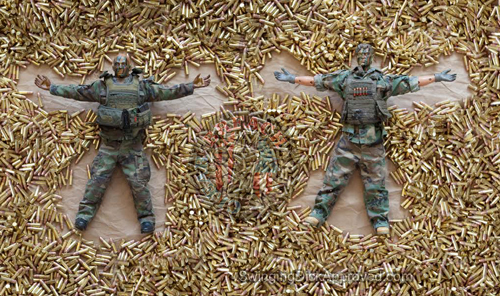 Freedom angels: So. Much. Ammo.