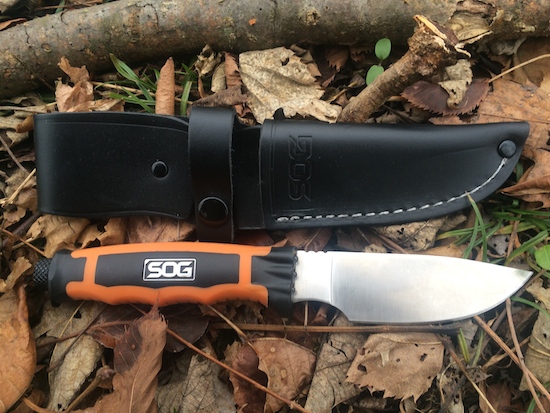 SOG has been making blades since I was kid, and they are a trusted brand that I’ve seen plenty of in the Marines, as well as carried by friends back here at home. I’ve owned several, and have coveted many more. They make many different styles and types of knives, and I have never seen one fail. Period. Most people know me as a fanboy of a certain Oklahoman custom knife maker, but I’m the kind of guy that appreciates quality, regardless of who produces it. Having used and abused SOG knives, (among others) I was recently enamored with a new knife that I have never seen before, the SOG BLADELIGHT HUNT. 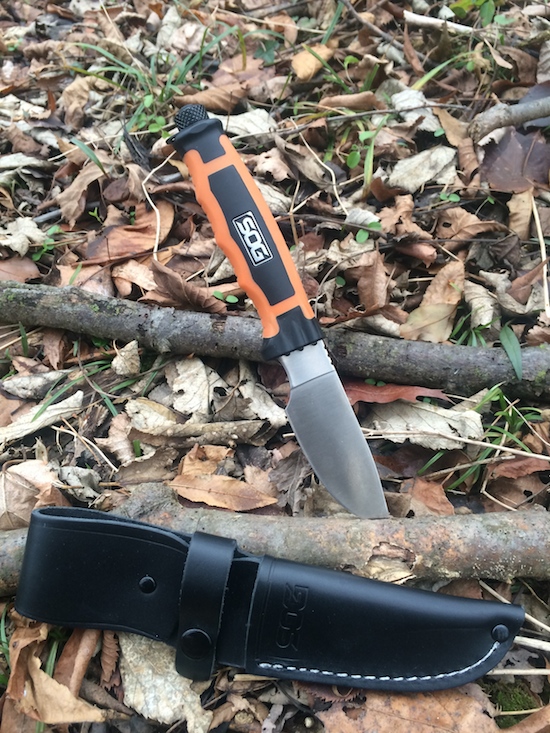 I think its safe to say that most people regard SOG knives as a company that produces “Kill sentries and open MRE’s” type shanks, and not so much one that orients itself around hunting blades. As a hunter, I appreciate having the right tool for the job. Sure, you can use your favorite war blade (like a Ka-Bar for many grunts) for the job, but it’s a hell of a lot easier having a knife designed for skinning and butchering. After seeing the SOG BLADELIGHT HUNT in use on a pig hunt in Florida, I knew I wanted one to try for myself. 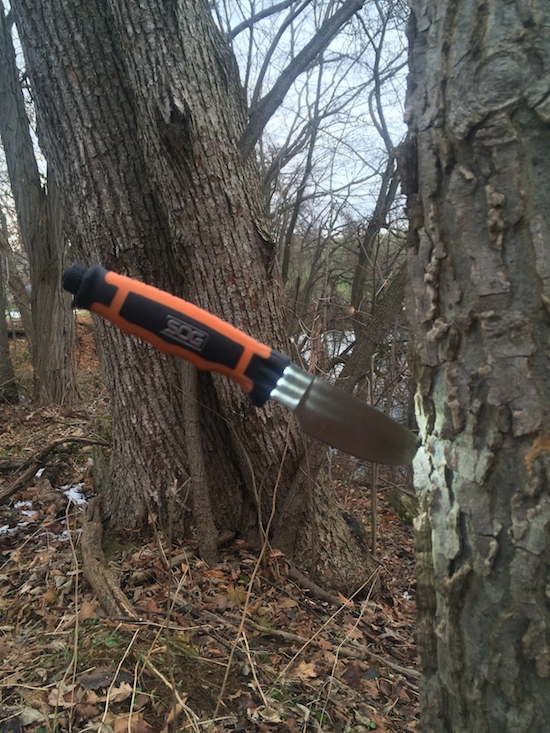 On that pig hunt I had the chance to meet a few representatives of SOG and spent the day riding around on a elevated swamp buggy swacking feral pigs as they ran for cover. The only mercy any of the pork chops saw that day was a SOG drawn quickly across their throats to give the coup de grace. Handling the knife in the field, I wanted to see how it would preform as a skinner/all around sportsmen knife. I received my sample a few months ago, and have used it extensively this Fall.

The BLADELIGHT is exactly what the name suggests, a knife paired with a bright LED flashlight. There are 3 powerful LED bulbs on each side of the blade, where the handle meets steel. A single AAA battery powers the light for almost an hour and a half, putting out an impressive 30 lumens of white light. After first turning the light on in a dark room, I was surprised what 30 lumen does. After years of using 60 lumen or brighter tactical lights, 30 is more then enough light for camp chores and illuminating a deer’s chest cavity. Its useful for finding your way to the designated piss tree in the middle of the night, or for following a thin trail back to camp when caught in the quick darkness of winter. The light is controlled by a “clicky” tail cap on the knife’s butt, and allows for momentary or constant on. 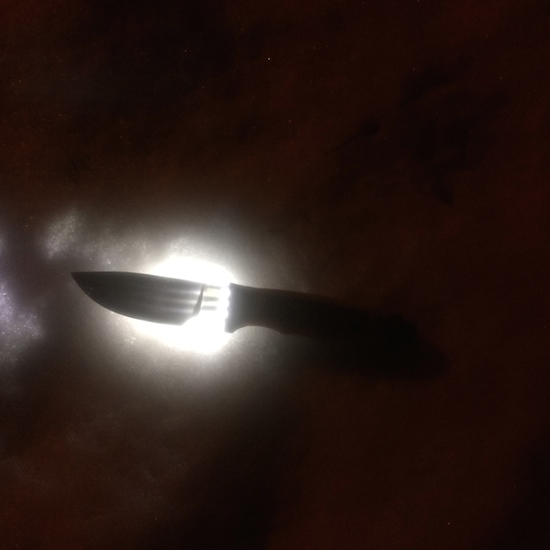 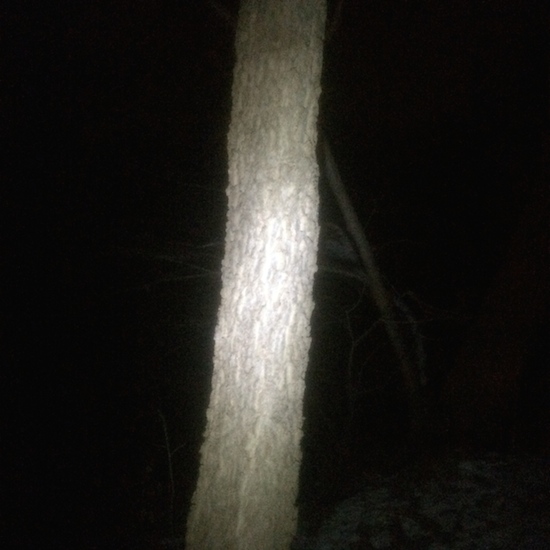 At only 4.3 oz, the entire package is light and balances well in the hand. the 3.8” Stainless Steel blade is razor sharp out of the box, and holds a great working edge. The stainless blade is great for two reasons. One is the stain polish, which defuses light well to the side when cutting in the dark and resists rust. The salt in blood will blemish a blade surprisingly fast if left uncleaned. It is water resistant; I never took the battery out to wash it in the sink, so that’s good enough for me.

At 8.5” overall, the Bladelight is not terribly huge, nor should it be. Its size and blade shape is reminiscent of my favorite stag-gripped hunting knife carried a field for years. The blade is “just right” for skinning small or big game alike. I wouldn’t try to break elk bones with it, but it wouldn’t surprise me if it survived the task. With a slip resistant blaze orange grip, and fine leather sheath this knife is made for the 21st century woods. I liked the knife, and have received lots of questions about it from my hunting buddies. No one is yet to say anything about the built in illumination being gimmicky. All see its merit as well as usefulness. 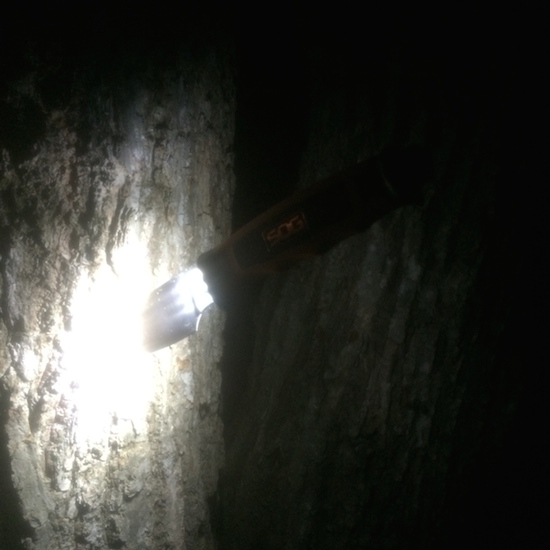 The knife has a sister blade for those that dislike the orange, the BLADELIGHT CAMP, which has a 4.5” blade and black grip. Personally, I like the blaze grip of the HUNT, as it makes finding a dropped hunting knife in heavy leaves a hell of a lot easier. However, It wouldn’t surprise me to see the shimmering stainless blade and black grip of the CAMP in a horror movie one day! Maybe there is some utility for the CAMP in a defense role for those that can’t have a blaster on their nightstand, or have a phobia of pistols but not razor sharp knives. Regardless of how you choose to your BLADELIGHT, its up for the task in the dark. Built tough, light, and right for hunting it has its place on just about every type of sportsman’s belt. You can check it out HERE or from anyone that carries SOG knives.

Check it out, I think you will be as pleased as I am in how it performs. 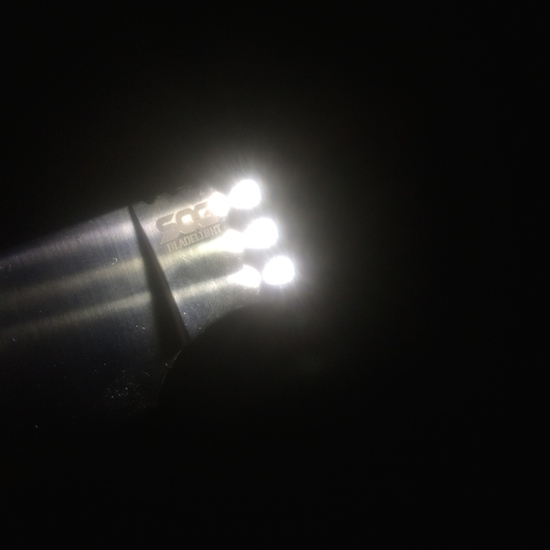 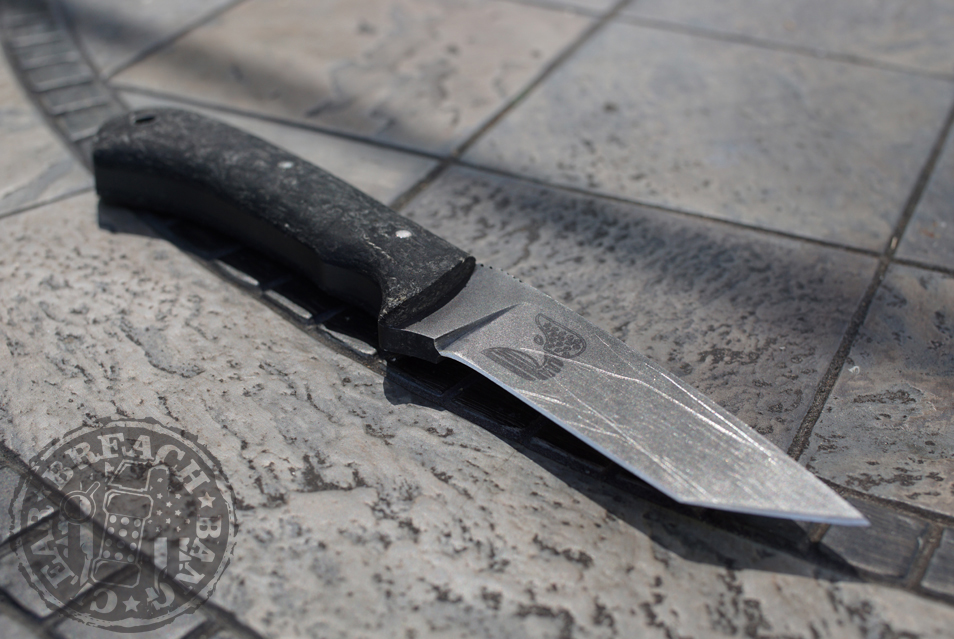 MNKF: Review of the Winkler Aggressor 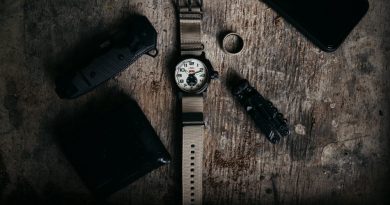 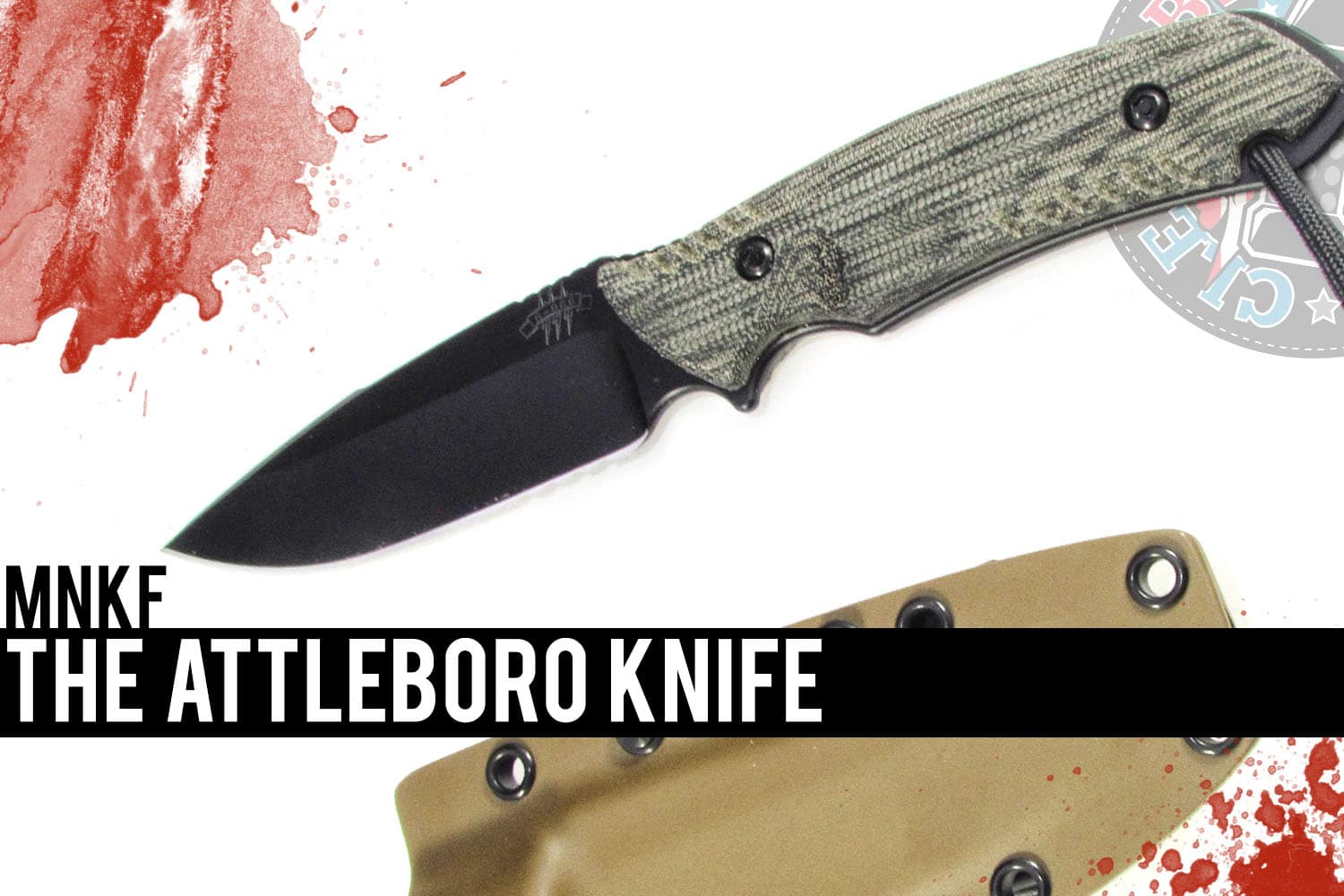 One thought on “SOG’s take on a hunting knife: the BLADELIGHT HUNT”