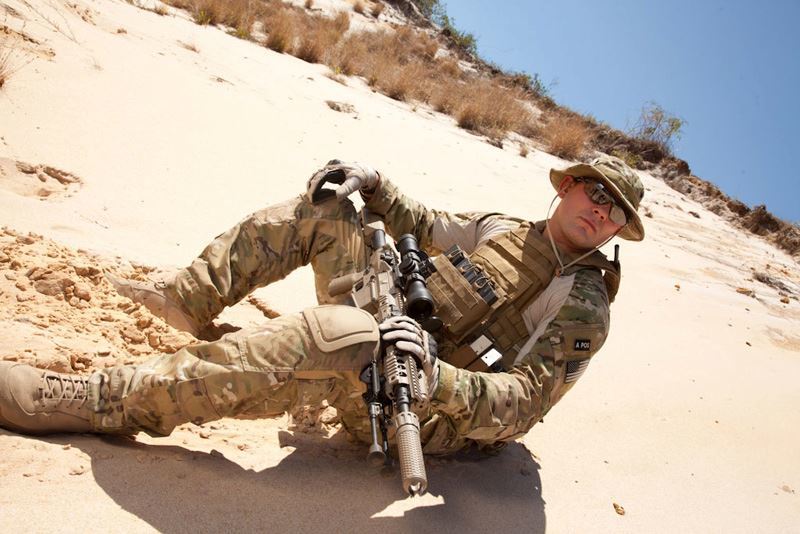 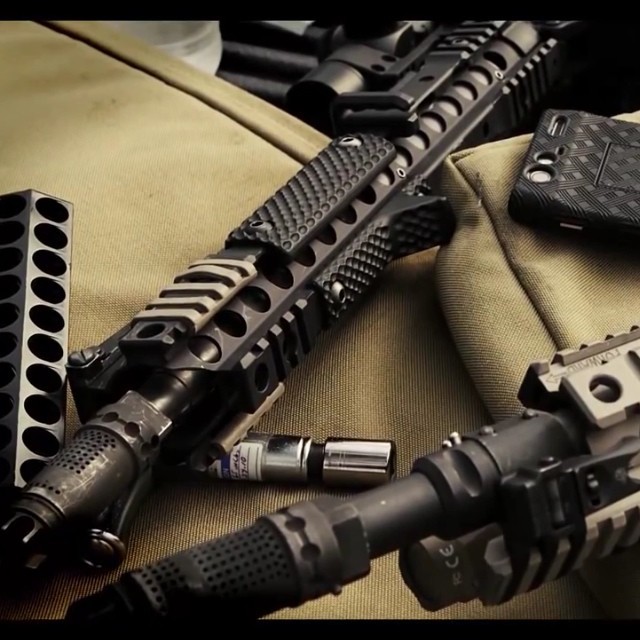 Operation Parts is a small, outstanding American company based in Michigan. They have a great selection, even better customer services and superb customer service. To understand them now though you have to go back to the days when magazines were marked “military/LE only” and the Bradys were still relevant.

Some of you might not remember it, but unfortunately many of our readers were “luckier”. They grew up during the failed, asinine 1994 “Federal Assault Weapons” ban. All the cool guns and innovative products on the market today were illegal during those dark years. Started and pushed down our throats by some of the 2nd amendment’s biggest enemies (like the Brady Campaign’s James and Sarah Brady), the act luckily had just a 10 year shelf life. It expired in September of 2004 having had no effect in preventing crime. In more recent years people like Carolyn McCarthy, Mark Kirk, Eric Holder, and our personal favorite Dianne Feinstein have pushed their anti-gun agenda forward. We had another near miss inreinstating the federal assault weapons ban on April 17, 2013. The Senate voted 60 to 40 against, and a lot of proud American businesses got to keep their lights on.

So lets talk about one of those proud American businesses. This installment of Small American Company Spotlight is about Operation Parts. Operation Parts (operationparts.com) is a one-stop online gear shop that has an impressive history. Founded by mechanical engineer Charlie Sholl back in 2003, Operation Parts has built a solid reputation these past 11 years – we can attest to that, because a couple of our minions “grew up” purchasing parts and accessories there.

Growing up as an avid shooter, Sholl got into the black rifle game back in the late 1990s. His first semi auto rifle was, like many of us, a basic Colt A2 style AR-15 free of accessories. The assault weapons ban limited innovation and limited the selection we had back then, virtually prohibiting any ability to customize a firearm. As the cool guy parts started to hit the market, small “Mom & Pop” gun shops were reluctant to stock the often expensive accessories, further limiting our ability to personalize a weapon. We remember these days and they were not good ones. Often you would hunt for WEEKS for a part, optic, or accessory, making dozens of phone calls and scouring the internet for countless hours. Getting ripped off, your order back ordered for months, and overall disappointment  seemed to be par for the course. 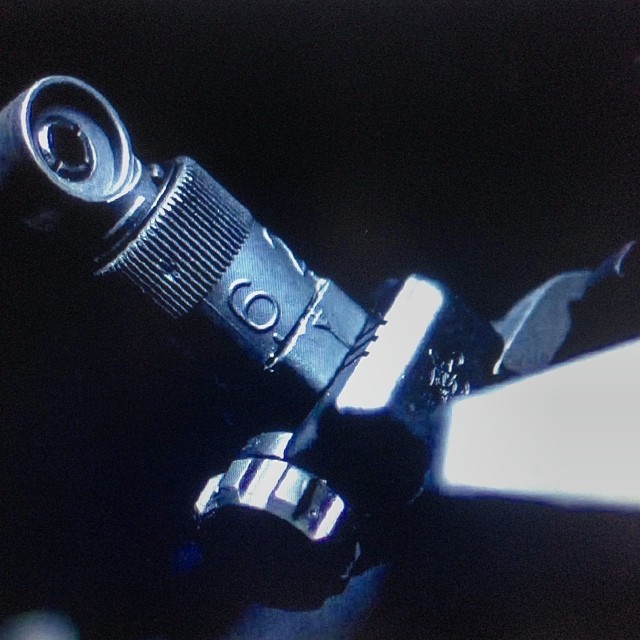 On top of this, cheaply made items and clones started to emerge, further complicating who to trust with your money. Charlie was suffering through this as well. He finally determined that if no one else was going to do it right, he would just have to be the man for the job. What started out as a “hobby job” that helped support his own collecting quickly turned into a full time job.

One of the first to sell the Knights Armament Corporations offerings, he soon expanded and was selling only the best quality and high demand merchandise. Long before Slim and Swingin’ Dick got together to form Breach-Bang-Clear, they were ordering from Operation Parts. Op Parts has real time inventory shown for each item, flawless customer service and quick shipping; this is why we have collectively been enjoying using Operation Parts as a vendor for years now (and not just while we’re at home – we’ve ordered from their site while abroad, too).

Charlie has been on the cusp of the industry since it flared up in post-AWB 2004 and continues to bring only the best items to his customers, as quickly as they become available. He currently offers more KAC items than the Knights website itself and jutifiably boasts that the only non-American made products for sale on his site are the Swedish made Aimpoint optics. If you go to operationparts.com and check out his company’s selection, you will realize just how damn impressive that really is. Thats about as supportive of American industry as you can get, and for these reasons we chose to give Operation Parts the attention they deserve.

As a former mechanical engineer, Charlie understands firearms. As the son of a tool and die maker he grew up curious about all mechanical things. This background naturally helped him acquire an understanding of quality. He doesn’t just pick any domestically produced products to carry, but only the ones that offer the best quality for the price. In a way, he is guiding your hand into picking superior items that will not fail or let you down.

As you can imagine, the complaint department receives very few emails or phone calls. 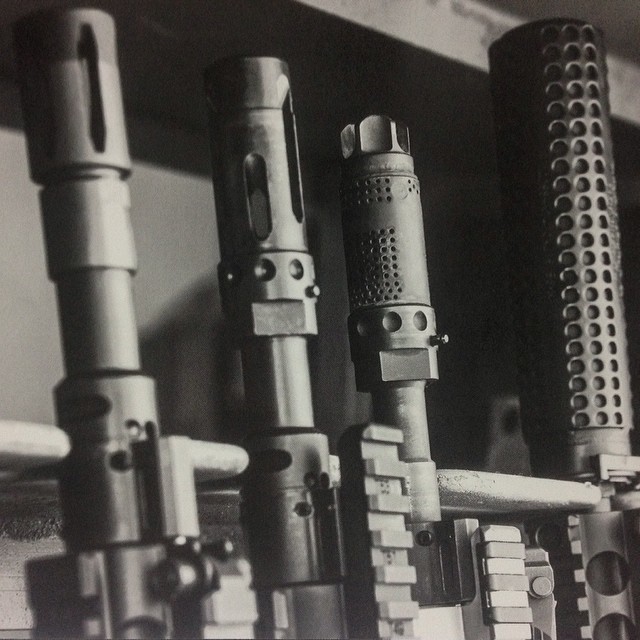 Operation Parts also  has a sister company, SA Sales, llc ( www.smallarmsales.com). This is the firearms side of the business. It was established in 2007. It’s completely separate from Operation Parts but still provides the same standard of customer care and support. Charlie tells us that although he “…kind of fell into this business” it “…consumes almost every waking minute of every day, I absolutely wouldn’t want to be doing anything else.”

After interviewing him for this article and spending the better part of the past decade as happy customers, this is very evident. The man loves what he does and he does it extremely well. We are happy to see him be successful as a small American business, and continue to build on his already solid foundation. 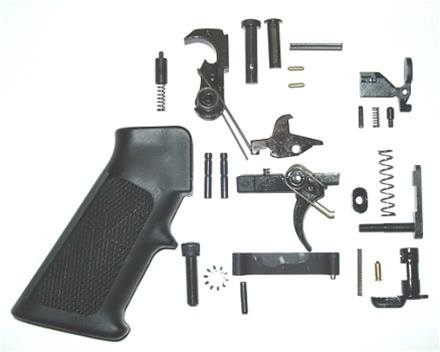 If you’re on the lookout for some kick-ass new AR parts or need some accessories before a deployment, you need to take a look at Operation Parts. If you’re a potential customer, let us assure you – you’ll be happy with the selection of parts you find and the attention you receive from Operation Parts. Charlie has figured out this fickle industry and continues to make improvements on an already great model. At Operation Parts you can expect a great selection at competitive prices, Saturday shipping and orders that are processed in hours not days. We cannot recommend them highly enough, and wish them the best in the future. Check them out here, we think you will fully agree.

You can also find Operation Parts on Facebook here.