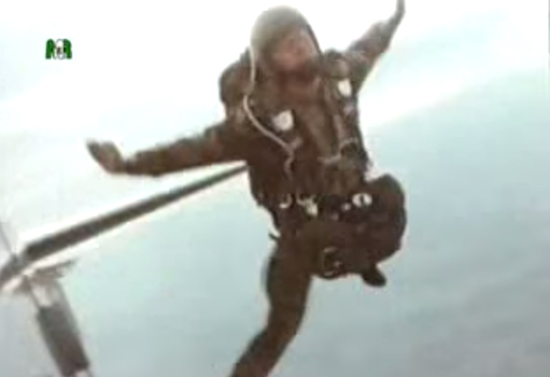 Imagine initiating an ambush with a 40 mike-mike training round. That would be a Bad Thing. This ambush, as remembered by our friend and former Rhodie troopie Nick Bliksem, is just about as bad (but not quite). This was during the “Second Chimurenga” period of the Rhodesian Bush War, back when Jimmy Carter was POTUS, and the same year the Rhodie SAS moved from Cranborne Barrakcs to Kabrit. At the time he was with the Rhodesian SAS, which had been reformed in April 1961 as C Squadron. In 1976 it became 1 Rhodesian SAS Regiment. Read it, let us know what you think, and feel free to sound off with any lessons you‘ve learned out on the Sharp End. The Mad Duo

[All images sourced via Google Fu and YouTube. The passage of years and assorted ex-wives has robbed Nick of all but a few of his pictures.]

A Hot Day in Mozambique

It was our third day laying in ambush alongside a lonely two-strip tar road, deep in central Mozambique. The year was 1979 and Rhodesia had been at war with communist-trained insurgents (both Russian and Chinese) for well over a decade. We were a 12-man SAS callsign tasked with ambushing (and hopefully destroying) a ZANLA (Zimbabwe African National Liberation Army) commander and his accompanying escort.

[Note: a ‘callsign’ in the Rhodesian military at the time was essentially a unit or team that warranted its own radio designator – it could be Fireforce element, a single “stick” 4 men, a full SAS team or a 2-man sniper element. We’ll talk about how a handful of those guys, esp. Selous Scouts, worked all by themselves on singleton missions later. Mad Duo]

Our intelligence informed us that he would be traveling down this road in a 3-4 vehicle convoy consisting of Toyota Land Cruisers. These vehicles, by the way, had been kindly donated by the UN to aid in the peaceful development of the liberated masses of Mozambique. As usual, army callsigns on the ground and what they call “actionable intelligence” don’t necessarily go hand in hand (meaning one isn’t always married up to the other); the boys were getting slightly agitated sitting there for the third day in a row! 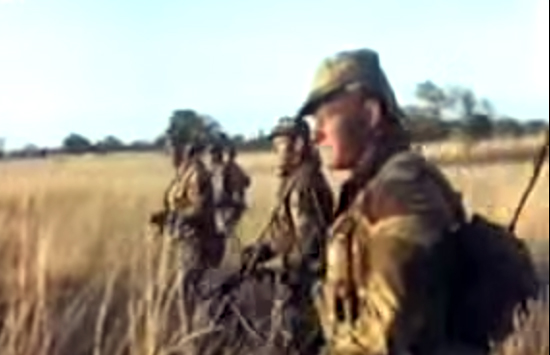 Our ambush was divided into 2×2 man early warning groups, one on either side of our eight man killer group. The warning groups were to the north and south of us, approximately 300-400ft away. Their job was to provide us with a heads up of any approaching vehicles, bicycles, cattle herders etc that might stumble on our position.

I was one of three RPD gunners (Rhodesian SAS normally operated in 4 man callsigns with one squad weapon/callsign; infantry sticks of the RLA, RAR, etc., were typically 3 riflemen with FALs and a machine gunner with a MAG-58). We nearly always used Soviet/Chinese weapons as this made for much easier resupply in the field. It was also good camouflage if seen from afar. This extended to our dress and footwear, which was very important when anti-tracking.

My friend and mentor Mike C lay next to me on my left. He grinned at me, showing off his pearly whites through a blackened face.

“Sarge says this is the last day here, if that fucker doesn’t show today it’s back to base for a cold one!” he said

“As long as you’re buying, you tight arse!” I whispered back.

Before he could reply, Sgt S got an urgent radio message from the northern early warning group.

“A sweep line of 40+ Freds have just passed under 21A’s position (they were up a tree). They are in extended line and sweeping on either side of the road. Reel in the claymore wires and let’s fuck off back to our emergency RV and hopefully they’ll pass without picking us up!” 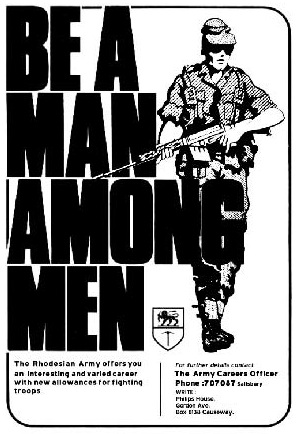 Mike C took the 42 Zulu off his FN as all around us people frantically recovered claymores and trying to hide any sign of us being there. The 42 Zulu is a rifle grenade that required the magazine to be removed and a ballastite round fed manually into the breech in order to fire. I folded my RPD’s bipod legs and joined the single file as we extricated due west towards our RV. We hadn’t got more than 30ft when the sergeant put up his hand and gave the extended line signal, followed by the thumbs down for enemy! We had reached the end of the tree line and there was a large open grassy area in front of us.

We silently moved into position and went down on our knees. In the open ahead, there was a FRELIMO sweepline consisting of 20+ green clad soldiers armed with AKs and RPDs. They too had stopped, having obviously heard us–although they hadn’t got us visually …yet. I brought my RPD to the shoulder and put my sights squarely on a fellow RPD carrier. Mike C was to my right with his FN at the aim. My whole world narrowed down to that gunner in my sights. I saw the sweat on his face and his eyes were gazing directly at me.

Any second he’s going to see me I thought, any damn second…His eyes seemed to focus and I saw him give a start of surprise, I took up the pressure on my trigger. Squeezing, squeezing…..POP!

Right as Mike C initiated with a goddamn ballistite cartridge!

I fought an insane urge to giggle as I put a burst into my now very focused gunner. All around me our callsign poured fire into the sweepline. I had time for one long burst when our sergeant called out, “Break contact, break contact!” We reversed direction and ran back towards our recently vacated ambush position (by this time our two early warning groups had rejoined us). We charged en masse across the road accompanied by a hail of gunfire from the rear–right into the arms of another sweepline who looked as equally startled as us!

I brought my RPD to bear, only to trip over my dangling cartridge belt! I hit the deck and rolled into a kneeling position, desperately trying to bring my weapon to the aim on a Fred who was looking down his AK barrel right at me. “I’m so fucked,” I thought just as he flew backwards with half his head missing.

We swung southwards away from this new threat heading (as luck would have it) into the wind. Rounds continued to fly above and around us. “White phos, white phos!” Sarge screamed. A couple of us duly tossed a few WPs to our rear. Soon there was a raging bush fire behind us and within a few minutes our pursuers had more important things to worry about.

Later back at base (over that promised case of beer) we heard through radio intercepts that we had killed six and wounded four, with no casualties on our side. Not a bad result, even though we didn’t complete our mission. Also I learned some valuable lessons about belt carrying and using WP for some radical anti–tracking. I’m sure Mike C will also remember to swap out his ballistite rounds for live ones when removing his rifle grenades!

About the Author: Nick Bliksem (a pseudonym) is a former Trooper of C Squadron, 1 Rhodesian Special Air Service. He immigrated to Zimbabwe and eventually to the United States and has remained working in the noble profession of arms ever since (mostly PSD work in the 90s and contracting in Iraq and other places since 9/11).  He’s a good sonuvabitch with an infectious laugh and Breach-Bang-Clear is glad to have him. Read more about him here. 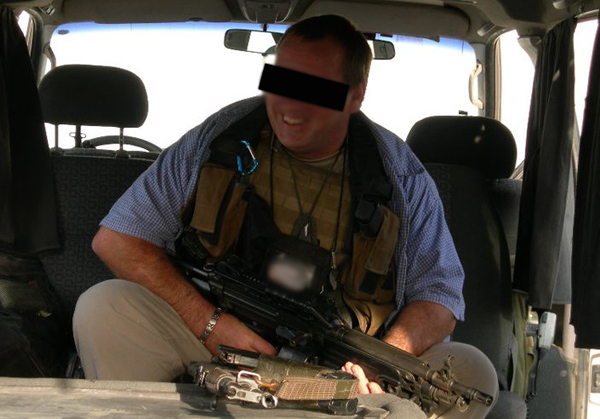