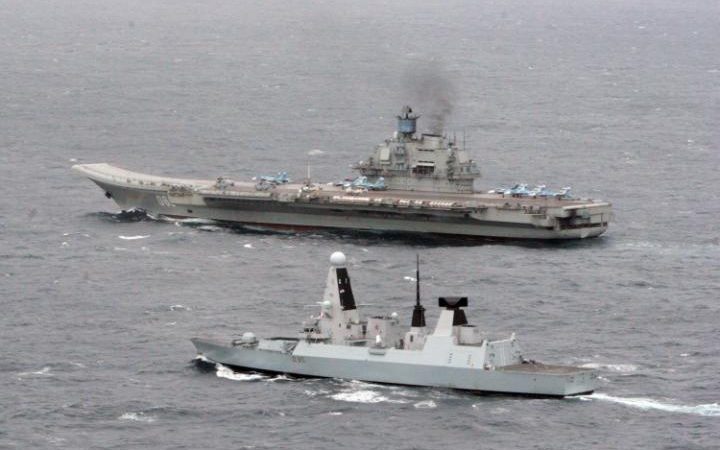 Today we bring you a new feature:  Need to Know. World events not widely covered by regular media, but without a slew of conspiracy theories thrown in. –Mad Duo

NEED TO KNOW: Week Of 24 October

•Venezuela becomes dictatorship in all but name

While mainstream media mesmerized a majority of America with social media madness and the endless bluster of politicians and pundits, several international moving pieces were ignored. If you’re tired of hearing the same sensational sound bites and want to know what’s going on in the world, read on.

Russian citizens, first responders, and military personnel — tens of millions of them — have been conducting civil defense exercises across the country, most if not all seemingly related to nuclear disasters such as an attack. Whether the drills were a matter of posturing or simple pragmatism remains a matter of debate, but the scale of the event cannot be understated. The cost in rubles and manpower, including the second- and third-order economic impact, is staggering. A measurable portion of the entire population was required to take time off from work to participate, leading to hundreds of millions of hours of production lost. The exercise comes just two months before the 25th anniversary of the formal dissolution of the Soviet Union and amid rising US/NATO — Russian tensions, which could mean a lot or nothing. 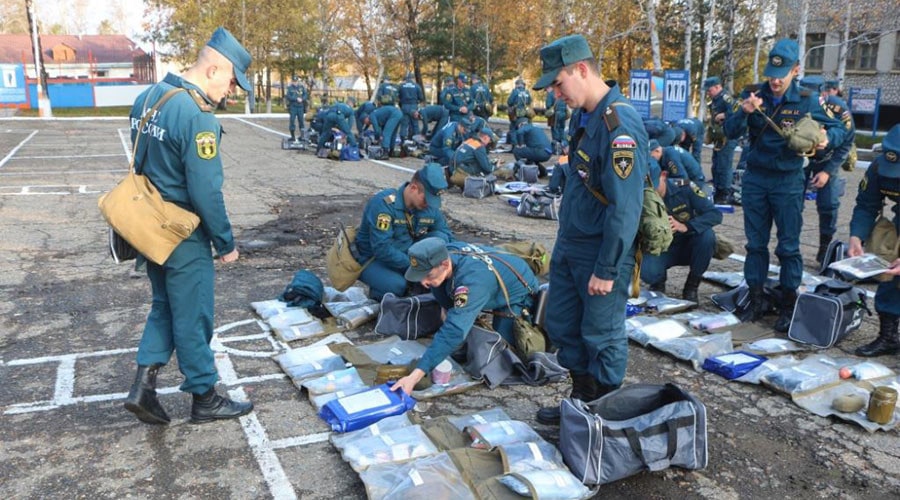 It is interesting timing, however. There is a US presidential election coming up fast, increasing Russian interest in nuclear war-based games like Red Button Quest, and a (largely correct) widespread view in Russia that the United States global hegemony is in decline. The importance of this perspective, that the US is slowly being marginalized by a worsening economy and a series of unsuccessful international interventions (Iraq, Afghanistan, Syria, Libya) cannot be overstated. Russian President Putin, quite pragmatically, encourages a conclusion that the Pax Americana has ended. The significance of that lies on several levels.

It is worth wondering how a governmental directive to conduct such an exercise on the national scale would be received. Equally worthy of consideration are the implications of such an exercise in light of actual or threatened Russian combat or FID involvement in Syria, Crimea, Ukraine, Lithuania, and Egypt (earlier this month Russian airborne formations and IL-76 aircraft conducted a joint exercise with airborne troops from the Arab Republic of Egypt, a first for that continent). They are reportedly also considering military bases in Cuba and Vietnam, and recently began launching air strikes into Syria from inside Iran.

The aforementioned civil defense exercise was run under the auspices of EMERCOM (Russia’s Ministry for Civil Defence, Emergencies and Elimination of Consequences of Natural Disasters). Conservative estimates put the number of people involved at approximately 40 million civilians, a quarter of a million emergency personnel, and an unreported number of military personnel. Calls for revived civil defense drills like this go back at least a year; in 2015 Russian Deputy Prime Minster Dmitry Rogozin said, “Russia has no choice but to react to the aggressive capabilities of the United States.” 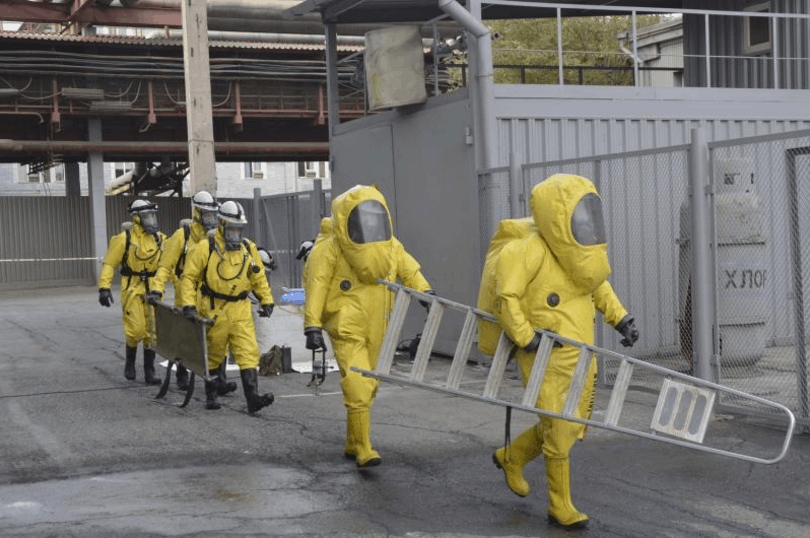 Venezuela becomes dictatorship in all but name

Elsewhere, in the Western Hemisphere, Venezuela teeters on the brink of anarchy as pro-democracy and pro-socialist movements continue struggling for legitimacy. The end result may be an autarchy, albeit a possibly short-lived one, as politically the Socialists are running out of options. Protesters continue to fill the streets, demanding the ouster of President Nicolás Maduro Moros, but the Maduro-supported courts doubled down this week on his legitimacy.

Venezuela’s majority socialist government has stripped the opposition-controlled Congress of much of their power, causing a political deadlock. The Supreme Court recently refuted recall efforts intended to remove Maduro from office, essentially doing a 180-degree shift from its earlier decisions. This essentially relegates Venezuela to a de facto dictatorship and suspends democratic representation. It’s worth noting that the court judges are political appointments while congress is elected by the people, so socialist bias is heavy within the courts.

Maduro recently reached out to the Pope Francis of the Roman Catholic Church, possibly seeking religious mediation to the crisis. Venezuela’s population is estimated to be approximately 75% Catholic. The current pope, who played a key role in the reconciliation of the United States and Cuba, is an immensely popular pontiff even compared to many of his predecessors. He is the first Jesuit pope and the first non-European pope in over a millennia, giving him even greater influence and significance in the Southern Hemisphere. He was born and Buenos Aires and lived most of his life in Argentina. Argentina has past ties with Hugo Chavez, Maduro’s predecessor. It is possible Maduro hopes to use the “opiate of the masses’ to quell his opposition, though if the pontiff does indeed weigh in the results might not be what Maduro hoped for.

Venezuela’s inflation rate is the highest in the world, and is expected by the International Monetary Fund to rise even further in 2017. Violent protests are ongoing, with a general strike that threatens to further cripple the economy started just days ago.

The pending crisis is sure to erupt into greater anarchy or even civil war if papal mediation should fail. It is possible, however, that the Pope’s influence with the public majority and the internal Supreme Court bias against the Maduro opposition parties could keep Maduro in power until the next election in 2019.

For the first time in 30 years Russia has mobilized its entire Northern fleet and moved it from the Arctic AO into the Mediterranean. The reasons for doing so are not completely clear. On one hand, it could be intended to remind the world of Russian capability. On the other it may mark a final attempt to conclude the Syrian conflict in Assad’s favor.

The Northern fleet will likely take up a winter residence in Tartus (where the Russians have had a “Material-Technical Support Point” since 1971), allowing ample time to refit and rejuvenate the fleet in the warm water port. The Northern fleet is typically ice-bound during the winter months and has effectively been off the world stage for years. The timing of such a mobilization is interesting. Several of the ships transited the English Channel, escorted by elements of the numerically smaller British navy.

The flotilla is flagged by the 55,000 ton diesel-powered Russian aircraft carrier Admiral Kuznetsov, leading seven other ships. Among them are the cruiser Peter the Great, two ASW vessels, the Severomorsk and Vice-Admiral Kulakov, the ocean-going tug Nicolay Chiker well as four support vessels. An unknown number of submarines are thought to also be on the move. The Russian ships were escorted through the English Channel by several British vessels, including the Daring class destroyers HMS Dragon and Duncan and the HMS Richmond, a frigate. Ships of the Norwegian, Finnish and Dutch navies have all been marking the task group as well. 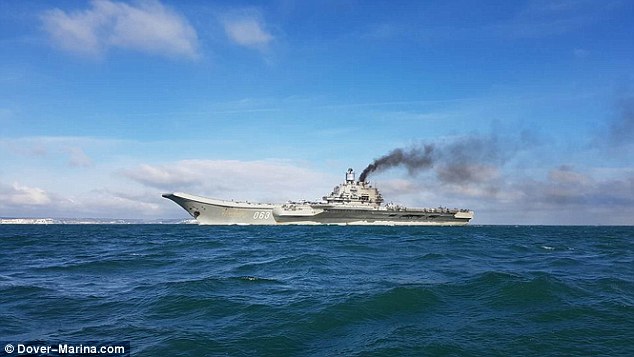 The movement of the Kuznetsov Task Group demonstrates several Russian capabilities and exposes some significant political issues as well. The Russian aircraft carrier group sailed through the channel accompanied by tug escorts, confirming a long-standing lack of sea-worthiness and confidence of its Admirals. However, the Kuznetsov remains a potent force projector and the British are still at least 10 years away from being able to provide a ship capable of meeting it on equal terms – although the venerable carrier is many years removed from her best days.

An exposed vulnerability may very well prove to be a partial fracturing within NATO. Member country Spain initially agreed to receive the flotilla in the port of Cueta to refuel after passing through the once British controlled Straits of Gibraltar. Under considerable pressure, however, Spain appears to have reneged on the agreement and moved back towards NATO. Russia has seemingly withdrawn the refueling request.

If the highly publicized fleet moving is a Russian engineered distraction, what is the “hidden hand” preparing? The Russians are famous for disinformation and deception. The entire Northern Fleet relocation could very easily just be a distraction for other Russian movements in the world. For instance, a flotilla from the Russian Pacific Fleet departed Vladivostok aroud the same time as the Kuznetsov Task Group got under way, bound for the Indian Ocean. Additionally, several of Russia’s nuclear powered submarines are currently away from port currently and numerous Grigorovich-class frigates were transferred from the Baltic fleet to the Black sea over the summer. 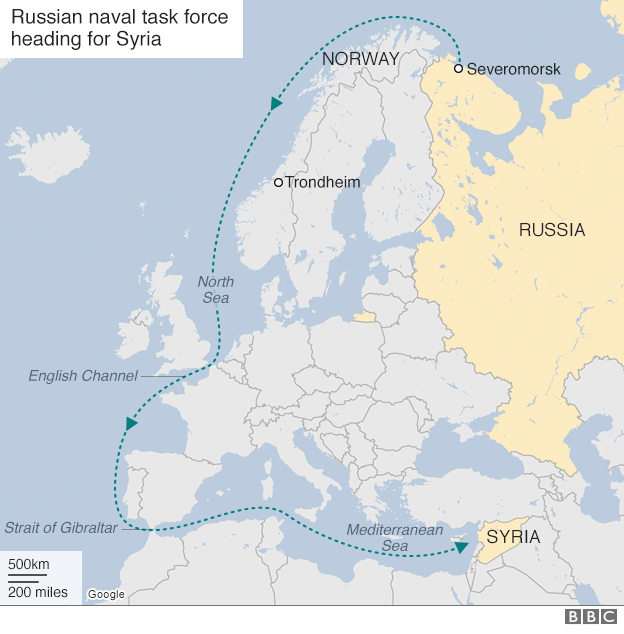 The show of force is indisputable and comes at an interesting time in US and world politics. Eastern European States are ramping up defense spending and Western allies just announced a 40,000-man NATO buildup in the region.

Not to be outmaneuvered on the world stage, the US Navy directly challenged China in the South China Sea by sailing the PACSAG (Pacific Surface Action Group) destroyer USS Decatur (DDG-73) through the Paracel Islands, in what is called a FONOP (Freedom Of Navigation Operation). The movement is in direct contravention to China’s excessive maritime claims.

The Decatur sailed near Chinese hodings in the vicinity of the Triton and Woody Islands off the coast of Vietnam, apparently shadowed by three Chinese ships.

The guided missile destroyer, a part of the Bonhomme Richard ESG (Expeditionary Strike Group) did not come within the 12 nautical mile territorial sea of either island but did challenge China’s claim that a baseline around the Paracels is Chinese territorial waters – a stance that is not recognized by international law.

This is not the first FONOP conducted by USN vessels. The most recent one occurred just a few months ago, and another, conducted almost exactly a year ago,  saw the USS Lassen escorted through the manmade islands of the Spratly archipelago by the Chinese destroyer Lanzhou and frigate Taizhou.

This appears to be the first time a ship from the US 3rd Fleet in San Diego crossed the international date line and was not subject to command and control of the US 7th Fleet in Japan. This jurisdictional de-confliction demonstrated the US ability to simultaneously conduct multiple naval engagements in distinct parts of the Pacific Ocean, a first since World War II.

The direct result of the command and control division will enable a 7th Fleet response to North Korea and keep shipping lanes open through the South China Seas during such conflicts. This is particularly significant in light of a recent speech by current DNI James Clapper, who noted earlier this week that North Korea has been nuclearized.

Chinese news sources characterized the actions of the Decatur as “illegal and provocative,” describing them as the work of the United States’ “outdated hegemonic mentality.”

While America focused on who survived the latest episode of the Walking Dead this week, the New Cold War came further out of the shadows and a dictatorship entrenched itself even further in the Southern Hemisphere.