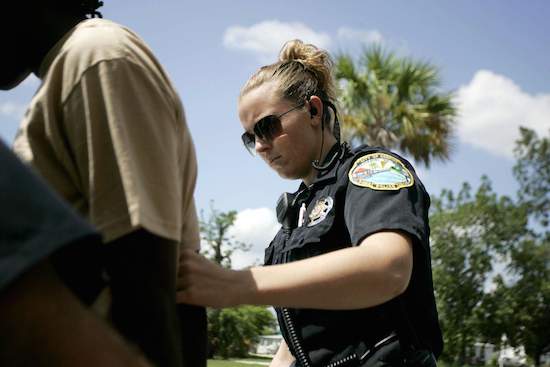 This article is not about women in military combat (though that has been written about before). Women have a place on the battlefield, but deciding the best way for them to fight and serve our country is a topic for another day. This article is not about the notion that women have no place in law enforcement either; they’ve held these jobs for many years, with great success. We personally know of many female officers, in various levels of LE that we would want watching our 6 in a gunfight. This article isn’t specifically about women, really. It’s  about understanding that we’re all different people, with different levels of strength, mental capacity and individual characteristics.

There is a lot of bullshit pseudo-science out there about guns, gunfighting, men verse women in combat, etc. Occasionally, and unfortunately, you’ll even see it from credible sources (even here on Breach Bang Clear).  We make all attempts to limit this, but sometimes those timeless fables and range lore have gathered so much momentum over the years that it’s hard to catch. Other times it’s just accepted as the universal truth, regardless of whether evidence supports or condemns it. To make matters worse, sometimes it’s impossible to dispel myth from fact, based off the lack of actual data collected on the subject. You get sucked into the “in my opinion” and “I feel” hole pretty damn quick. 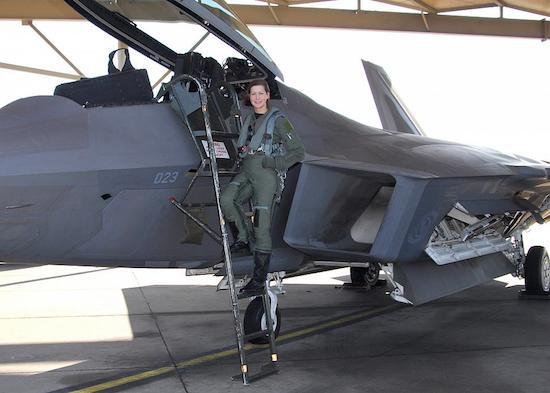 So let’s take a moment to talk about equality of the sexes.

It’s said that women make better pilots, based on their alleged ability to counteract G-forces because of their physiology. We spend a few hours researching this alleged fact, which has been repeated numerous times over the years. After several hours, we gave up. There are mixed reports, and most of the information gleaned from this informal study hovered closer to opinion than scientific fact. So let’s ask this one simple question: assuming this is true, should only women be allowed to serve as military fighter pilots?

Of course not, because there are more aspects to flying than just your physical ability. Depth perception, intelligence, reflex, the ability to think under stress, etc. Many other things add up to create what is considered an ideal fighter pilot. Many men who would make excellent infantrymen get cut from pilot selection and training. If you are not the ideal candidate for one job, does that automatically equate to failure in all others? No, of course not. The selection process worldwide for fighter pilots is exceedingly hard, and for good reason. If someone’s about to strap you into a very expensive armed aircraft, they want to know you are the best person for the job. Period. 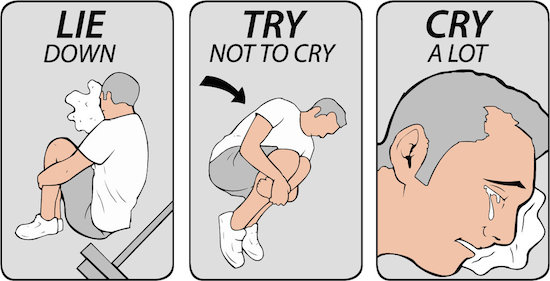 Next let’s talk about another differing, arguable aspect of the two sexes; how they physiologically respond to conflict. We found a UCLA study on how men and women respond to stress. In this study, it was observed that “It seems that rather than responding in a fight-or-flight fashion when threatened, fearful or stressed, women may more often tend-and-befriend. Women are more likely to protect and nurture their young, and turn to family and friends for solace when they are stressed.” Okay then, time to root around a little deeper on this subject.

Several hours of scouring the internet, mostly on medical pages, revealed a selection of conflicting observations by MDs. But the universal trend noticed is how males and females react differently to stress via hormones. Three play a crucial role: cortisol, epinephrine, and oxytocin. While both sexes release all three, our bodies react differently to this stress induced cocktail.

“The major sex differences I see have to do with the management of demand and maintenance of energy,” says psychologist Carl Pickhardt, PhD. “Because male self-esteem is often built around adequacy of performance, and female self-esteem is often built around adequacy of relationships, overdemand and insufficient self-maintenance tend to cut somewhat different ways for women and for men.” He goes on to state that “Achieving a winning performance at all costs is how many men enter stress.” Additionally, how men managed stress is different then women, further validating the observation and theories surrounding the subject. Not only do males react differently to adrenaline, stress and violence, but they cope differently as well. So what’s this mean? Will women collapse into the fetal position and cry in the face of adversity?

Some will. But so will many men. Perhaps the most important aspect of this is the percent of men that will crumple before a threat, versus the percentage of women who will do the same. This is an emotional and mental concern more than a physiological issue. Mindset and reality-based training can change this in people, but only if the trainee is willing to embrace it, buy into it, and live it. 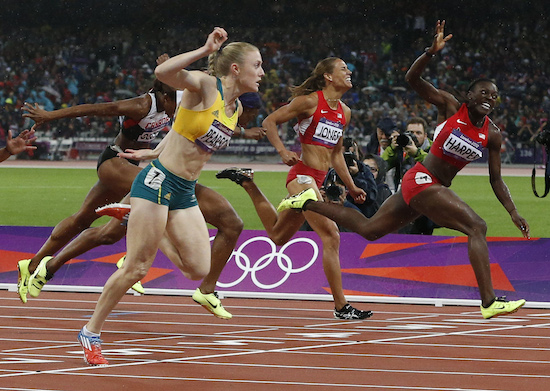 Last, let’s look to modern sports for another question. After the London 2012 Olympic Games, analysis showed that women preformed on average 10% less then male competitors at the same physical event. Women have been participating in the Olympics since 1900, with their involvement slowly but steadily increasing ever since. During the 2012 London Olympic Games, women made up more than 44% of participants. The U.S. women earned 58 medals in all, including 29 gold medals (which was more than the U.S. males). Here is an arena where the best of the best come together to compete, a proverbial melting pot of races and backgrounds. So why do we segregate gender in olympic sports? 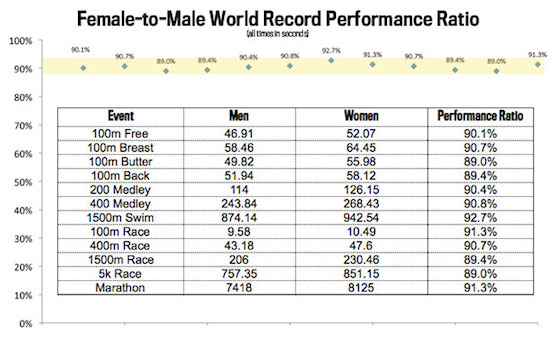 And why are there two different leagues of basketball, the NBA and the WNBA, if all things are equal? Finally, how long until we see a female linebacker in the NFL? Collectively, the world and our country are silently agreeing that there is a difference in the physical ability of males and females. And while this might make a difference in playing games, winning races or hauling 100 lb. rucksacks across the mountain, it doesn’t mean anything when it comes to pulling a trigger or stabbing a knife. 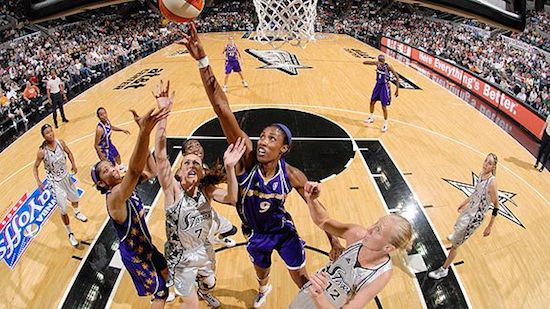 Gunfighting, murder, and killing in its entirety is gender blind. We can see through collected crime data that while males commit more murders and violent crime, that doesn’t mean that women are excluded from the ability to do the same. So what does this all mean? It is safe to gather that while men as a whole may be stronger physically than women as a whole, it has little effect in regard to who is behind the gunsights. Where it does matter, is the physical ability to fight hand to hand, or with non-firearm weapons. In the case of many females on patrol in law enforcement, they will put emphasis on technique and tactics in their combative training, to counteract size, mass and strength of their male opponent. Watching martial arts you will notice that all things being physically equal, the person with the superior mastery of their art will likely win. Yes, Murphy can show up to screw you, or someone might simply get lucky, but not the majority of the time. Skill can trump force. The confusing thing is why more females do not acknowledge this, and prepare for it.

When a 160 pound accountant that trains in unarmed combatives and hits the gym five days a week fights a 110 pound skeleton with a meth addiction, most would put their money on the accountant. But when a 110 pound woman who shoots her service pistol everyday after shift is swapped what happens?  If she is forced to draw and fire on a 220 lb former nightclub-bouncer, armed with a pistol he has never shot, outcomes shift. Individual skill with the weapon becomes the defining factor of victory. Followed by personal resolve to be the victor. Favor shifts again if the female cop and 220 lb gargantuan go hands on without any weapons at all. With neither side possessing any mastery of unarmed combat, who will likely win?

Now lets remove the occupation, and place the same bad guys against regular Joes and Janes living in our society. The ones who do not carry or shoot guns, train to fight with their hands or a knife, but make their money though honest work instead of violent crime. Who wins? As our society argues the merits of women in combat, women on SWAT teams, or women in self defense, lets remove sex and physical ability for a second and acknowledge what makes people survive deadly, violent encounters: mindset, weapons and skill. These three things are gender neutral. Maybe these are the things we should study more closely, instead of the effects of G force, and how far we each can throw a discus.