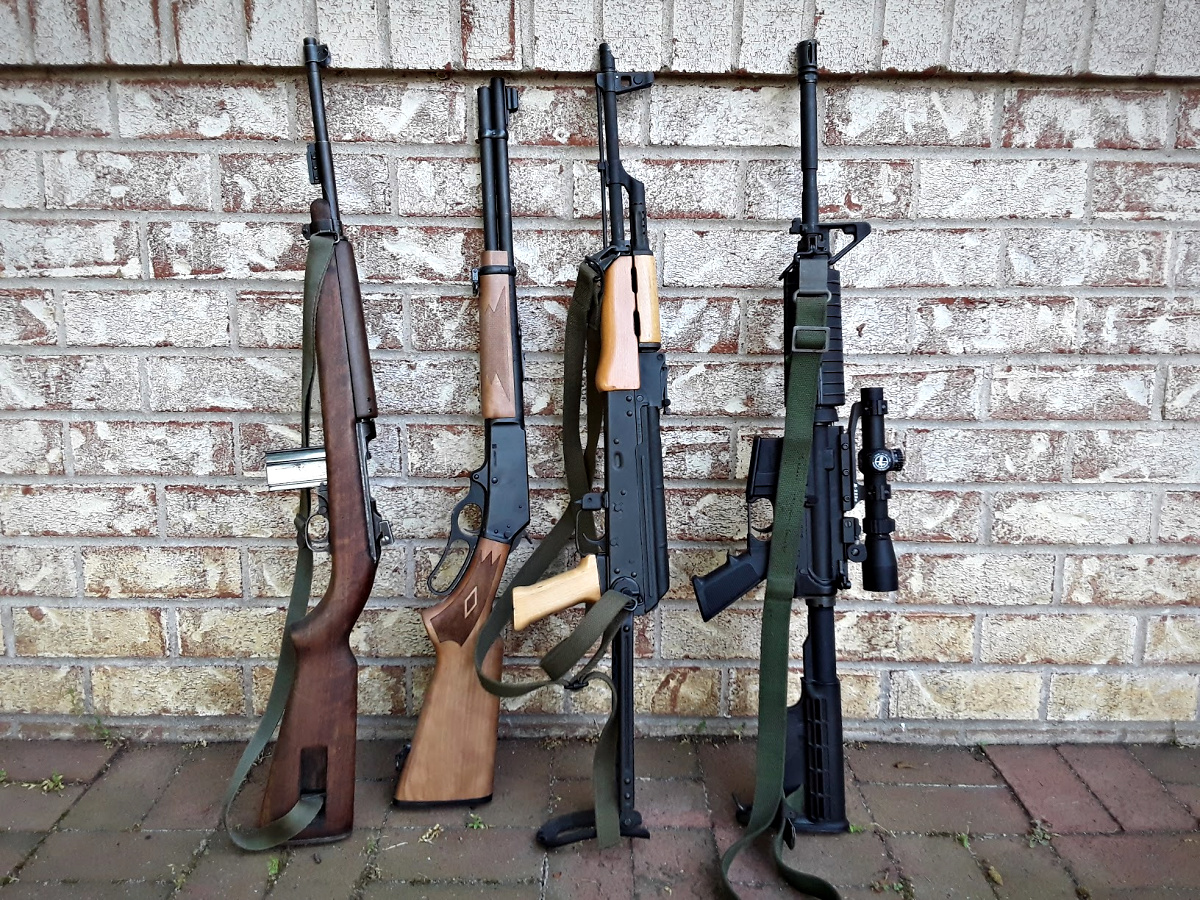 In this day and age of a plethora of semi-auto rifles and carbines to choose from, why in the world would someone in his right mind choose a lever action firearm with which to defend hearth and home? Everyone knows that lever guns are antiquated and useless, don’t they?

Let’s not be so fast to dismiss them. Perhaps…just maybe…they still have something to offer to the masses. To be certain, they do have their drawbacks (what firearm doesn’t). Conversely, maybe they have enough advantages for us to revisit them for defensive purposes. To be clear, I do love semi-autos of all sorts. AR-15s, the M-1 Garand and carbine, the M-1A, a good HK-91…all very sexy!!

I live in Pennsylvania, a state where deer hunting is practically a religion. I’ve often joked that lever action rifles are practically issued to each hunter in my state. The .30-30 Winchester is far and wide the most popular game-getter in these parts where many deer are taken in the woods where shots don’t typically stretch for hundreds of yards. Without going painstakingly into the ballistics, it will throw 150 and 170-grain factory projectiles out to around 200 yards (give or take) effectively enough to put a deer down. It will also take a black bear if necessary. The .35 Remington is a distant second to the .30-30 in popularity, as well as the .44 and .357 Magnum. 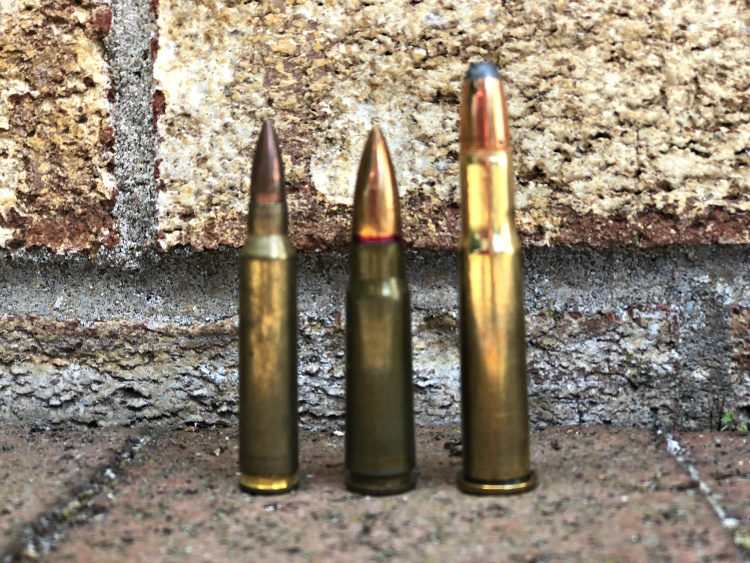 All of the above cartridges will take game and will also put aggressive humanoids down, and that is the main focus of this article. Some will reach out farther than others, obviously.

First, Let’s Look at the Drawbacks

Primarily, magazine capacity is not high, especially in rifle calibers. My favorite rifle caliber lever gun in .30-30 is the Marlin Youth Model 336 with a 16 ¼ -inch barrel and overall length of 33 ¼ inches. Weight is 6 ½ pounds. This carbine holds five rounds in the magazine plus one in the chamber. Most standard sized model 336 carbines hold six rounds plus one in the chamber.

That is not a lot of rounds (as if you needed me to point that out to you). The question is, what are you going to be using the weapon for? Will it be to repel a robber in the night? Deal with civil unrest? Zombie Apocalypse Realistically, how many targets might I need to engage in a short time?

The lever gun lags behind the semi-auto again. Which begs the question, how fast might I need to fire?

The Marlin beside the M-1 Carbine. The M-1 is widely know for its hardiness, and the Marlin is even shorter! Photo by Rebecca Davis.

Now, How About the Advantages of a Lever Gun?

The Tubular Magazine Has Its Points

Some might see the tubular magazine as a drawback, but that might not necessarily be the case. Consider that the magazine will never be lost since it’s an integral part of the carbine. You don’t need to buy additional magazines, which can be costly. Detachable magazines can become damaged or lost, but the tubular magazine is not likely to suffer such maladies. The tubular magazine can be topped off one round at a time during a lull in the action, which is also an advantage that we don’t enjoy with detachable box magazines. 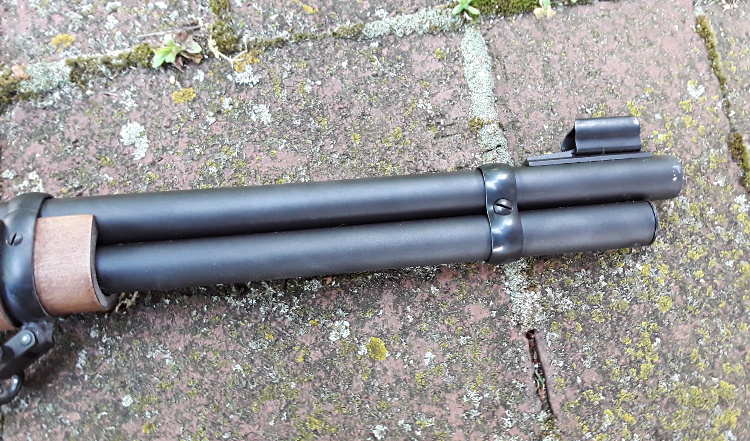 With a lever action, there are no detachable magazines to be lost. Photo credit: Rebecca Davis. 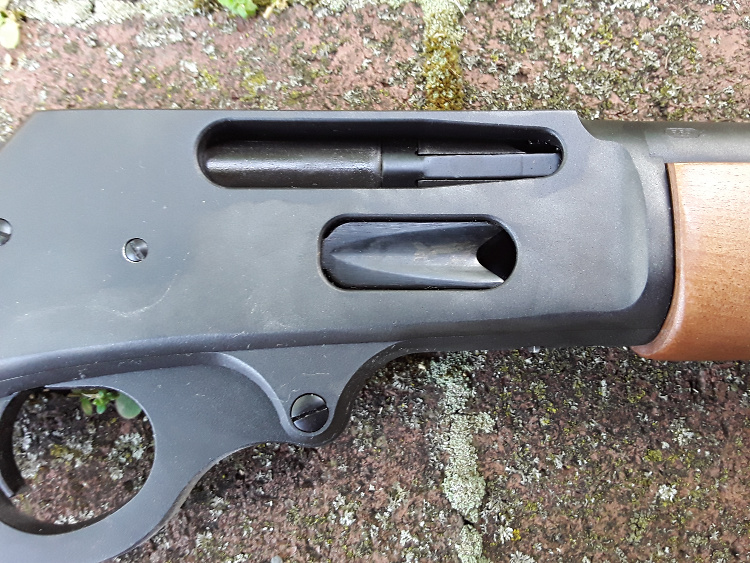 The tubular magazine can be topped off one round at a time. Try that with a detachable magazine! Photo by Rebecca Davis.

The overall length of the Marlin Youth carbine is pretty close to that of an AR-15 carbine, which makes it pretty handy and easy to maneuver, especially indoors, where a defensive arm is likely to be used. The little rifle is fairly maneuverable in hallways and such. 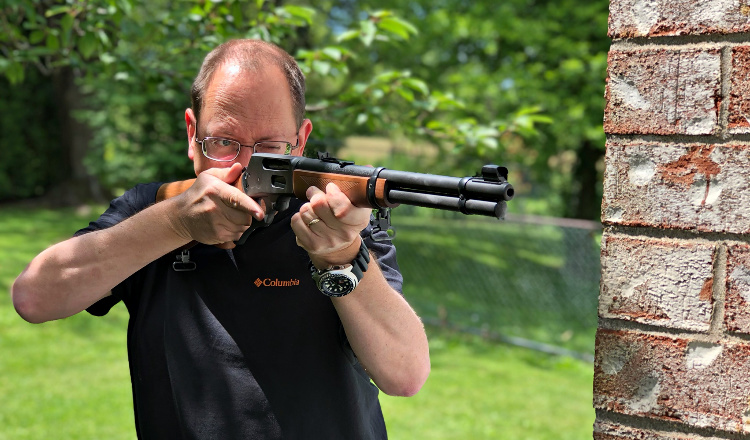 Slicing the pie around corners is easy, given the short length of the lever action. Photo credit: Rebecca Davis.

The old lever action is pretty socially acceptable. After all, it is the gun that the cowboys used, and is very unlikely to cause terror in the local populace if seen. These days, the sad truth is that people tend to get panicky if they see a black rifle, and that can work against us in certain situations. Unfortunately, perception is a huge factor in these modern times, and any opportunity we can take advantage of to not have people freak out is to our credit.

Cost is also a factor with many folks, considering we’re not all rich. On the secondary market, a lever action might set us back a couple hundred bucks, if that. Maybe you already have one, or maybe a relative has one that he’s not really using. In my area, they are in every gunshop at very reasonable prices. Even new ones aren’t very expensive, so availability is not an issue. As an aside, ammunition for lever actions is typically very available too.

Make no mistake, if you want, you can spend several months’ wages on a lever gun. There are models out there that are sufficiently fancy to drain your account faster than Bernie Sanders would love to. Accessories abound, including lights, optics, suppressors, rail systems, etc. Personally, I take a minimalist approach for a few reasons, primarily because I can’t afford all that stuff! Beyond that, when you begin adding accessories galore, that streamlined handiness of the carbine quickly is lost. Weight increases, and again, the handling characteristics go to hell fast.

An accessory that might help a lot of people would be an optic. My aging eyes do not appreciate the buckhorn style sights on most lever guns. An optic sure does help me out a lot.

The legal factor cannot be ignored, either. Certain states or locales make it very difficult to own semi-autos and other exotic firearms. But I’m not aware of any (yet) that prohibit hunting type rifles. And after a shooting, when you go to court and a lawyer holds up that firearm to a potential jury, your lever action rifle is going to appear a lot more reserved and reasonable than an AR-15 that has three optics, two flashlights, and a partridge in a pear tree attached to it. The lever gun says, “Hey, I’m just a reasonable guy trying to defend my family.”

The cost and legal factors alone might dictate that we have to use what is at hand as opposed to what is on our “wish list.”

Would I feel confident taking on a home invader (or a few) with a lever action carbine? I think so. I’d feel okay about repelling attackers in my house with one. 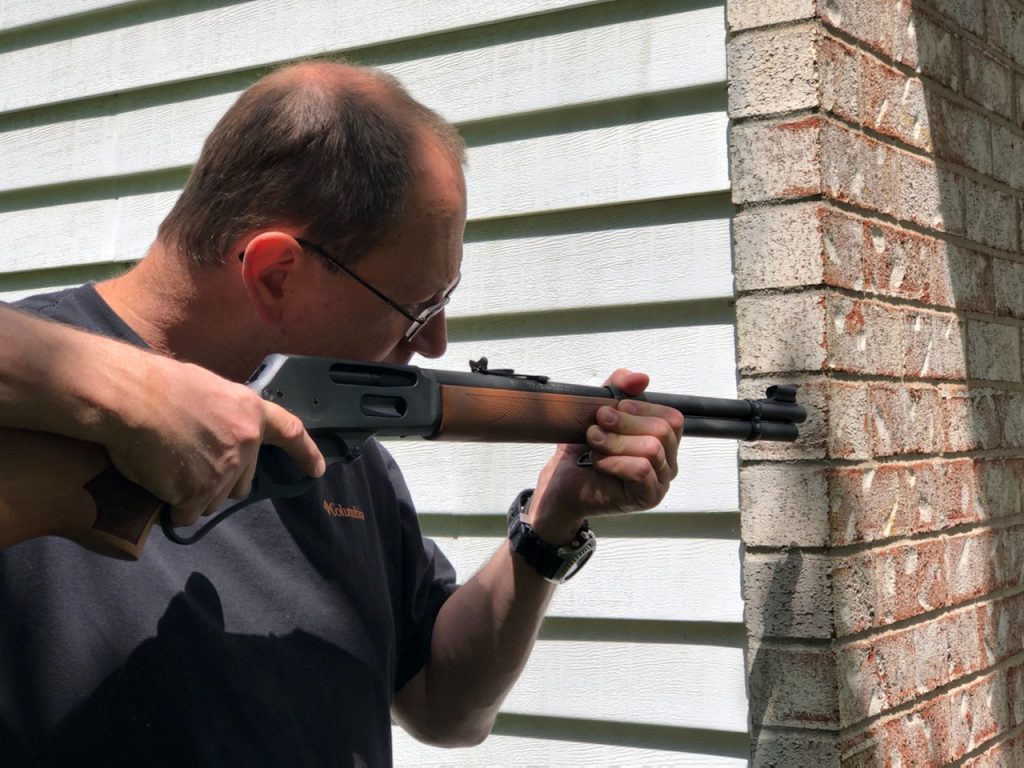 For extra tight spaces, the carbine can be pulled back as you slice the pie. Notice that the muzzle does not extend past the distance that a pistol normally would. This cannot be done as easily on rifles equipped with a pistol grip. Photo by Rebecca Davis.

I’d say it would be quite premature to write off the lever action carbine just yet. It’s been effective since the 1800’s and it’s soldiering on well into the next millennium. Not only is it effective, but it also offers a nice bit of nostalgia for those who enjoy that sort of thing.