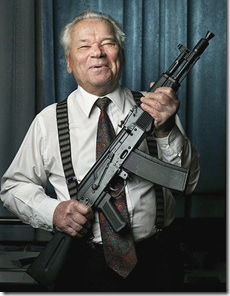 We sincerely feel like a family member has passed.  Mikhail Timofeyevich Kalashnikov, whom we personally regard as a genius to be ranked with Sam Colt, Hiram Maxim and – dare we say it – John Moses Browning, died this morning in Izhvesk, a city about 600 miles east of Moscow. He was 94 years old, and had only within the last few years stopped working as the chief designer at Izhevskiy Mashinostroitelniy Zavod (Izhmash). According to Udmurtian sources the self-taught peasant (the 17th child in his family) turned tank mechanic turned near mythical engineer had been in intensive care for about a month.

The official press secretary for the Udmurt Republic (that’s where Izhvesk is located), issued the following well-meaning but somewhat anemic statement. “It is difficult and sad to realize that Mikhail Kalashnikov is no longer with us. We have lost one of the most talented, memorable and committed patriots of Russia, who served his country throughout his life.”

Russian President Vladimir Putin expressed “deep condolences” over his death – like that’s some consolation. If he wants to impress us, they’ll make some sort of national Kalashnikov holiday.

Unlike his eponymous, even fucking legendary and iconic rifle (grunts: iconic), they won’t be able to dig him up, throw some oil on him, cycle his action and have him designing stuff again – a ghoulish thing to say perhaps, but given the reliability of his weapon probably inevitable.

If you’re interested, watch this video of him, apparently taken last year around his 93RD birthday. He truly was a remarkable man.

Rest in Peace, sir. You have our eternal respect and you’ll be missed. 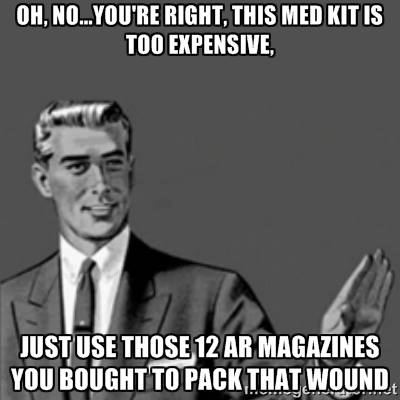 Are you a soft target? 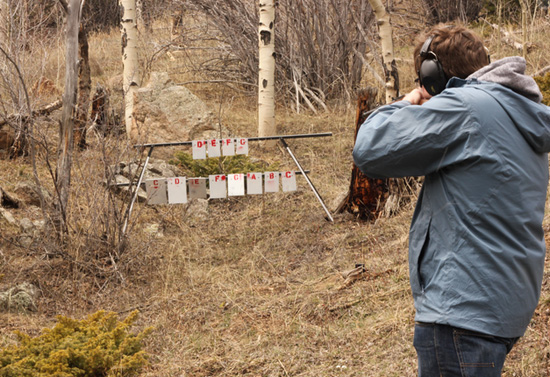