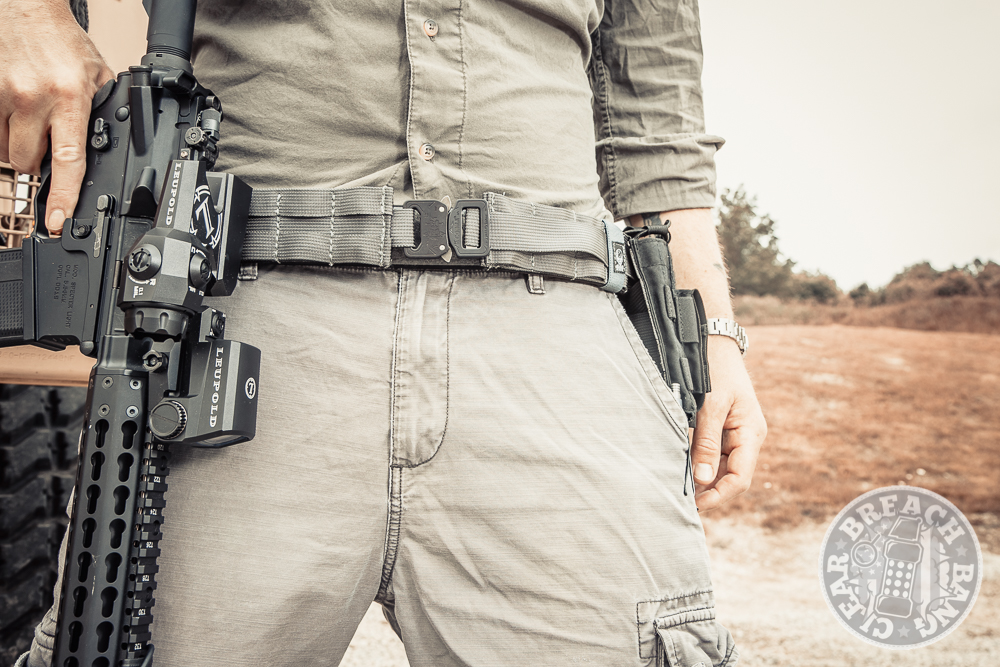 Belts are like hookers; sometimes you want them loose and flexible so you can fit your big stuff in them. Other times you want them wrapped around you as tight as possible. Hell, sometimes they even come in pairs. The great thing about choosing the best belt for you is that this is America, and in the immortal words of the King de Burger, “Have it your way.” Grey Ghost Gear let us have it our way with their new low profile duty/war belt – a combination inner and outer belt designed to carry basic loads without screaming, “I OPERATE SO FUCKING HARD!”

It was called the Banshee when we received it, but the name has progressed to the UGF Battle Belt. Rumor has it, the boys down south who protect the borders took to calling it the Unicorn of Gunfighter Belts, hence the UGF. Regardless of what it’s called, Grey Ghost says it’s “designed with the shooter in mind”. At first glance we can easily see applications for LE/MIL, civilian, and competition use. Mind you, as it tries to cater to all users, it’s not going to be the ultimate setup for a specific discipline. But you have only so much money to spend, so spend it wisely. Back to the original analogy: why get a bunch of low class hookers when you can have a single, amazing, professional escort? 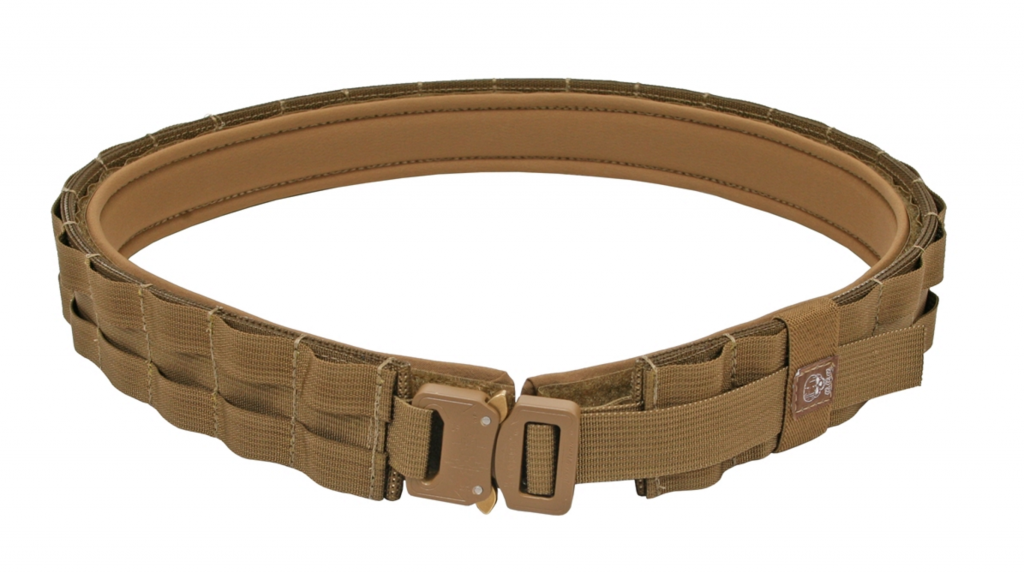 The 1.5” inner belt is padded but not overstuffed like your dad’s La-Z-Boy. The outside of the inner belt is 100% loop field with a simple D-loop closure. The 2” outer belt’s inside is all hook field to securely match up to the inner belt. The exterior is comprised of PALS style webbing around the entire circumference, providing all the attachment points you need. The primary buckle system is a COBRA from AustriAlpin. 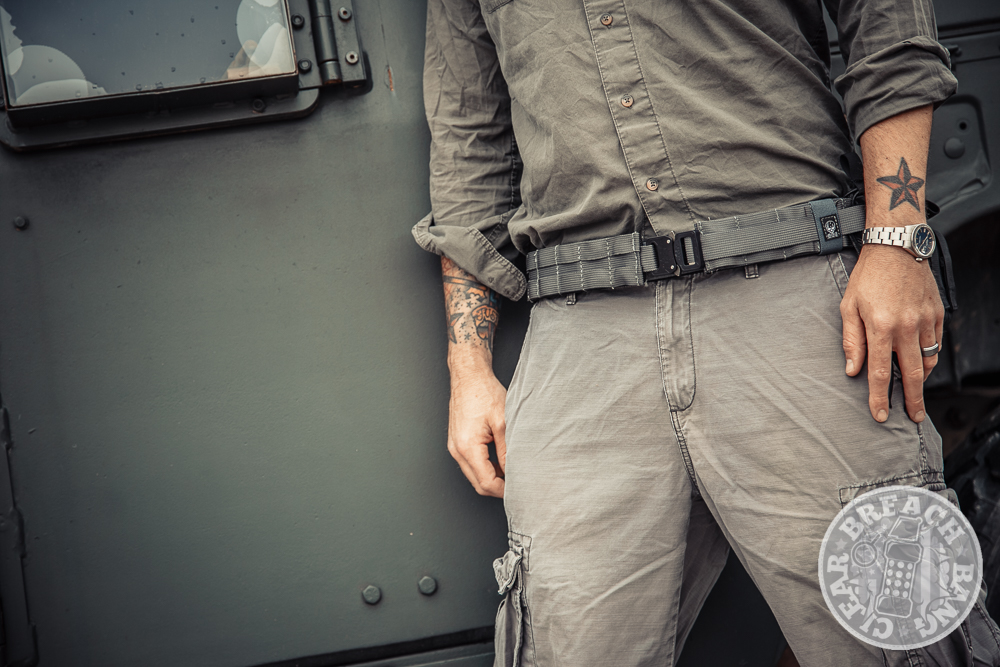 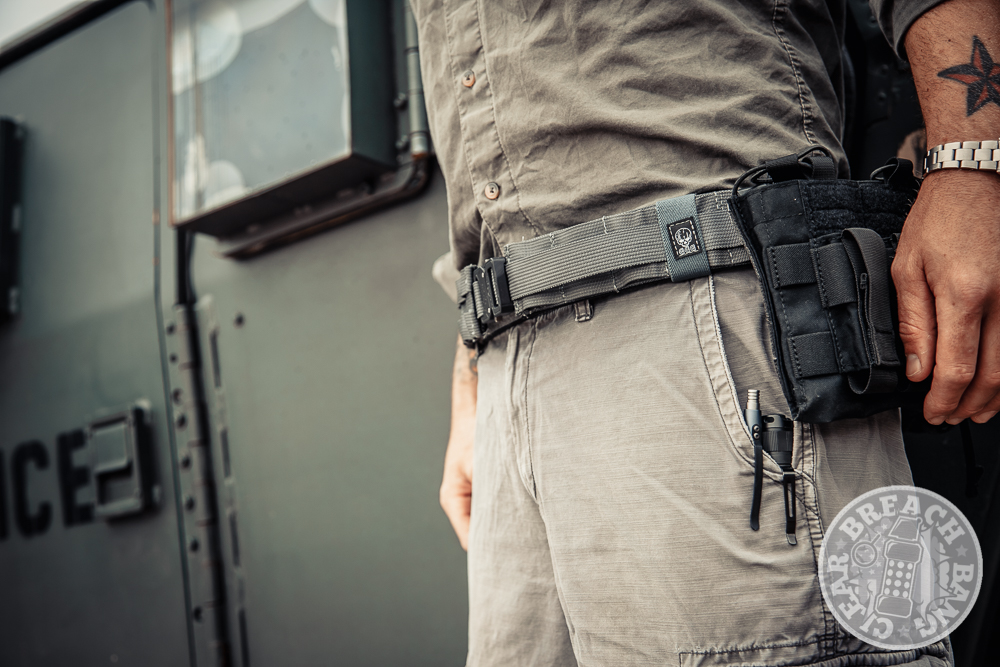 After running this setup through a recent two-day shoothouse course, we can say it performed very well loaded with a holster, two mag pouches, medkit, and a dump pouch. It was super easy to remove the outer belt during downtimes and just as fast to reattach when we had to jock up. 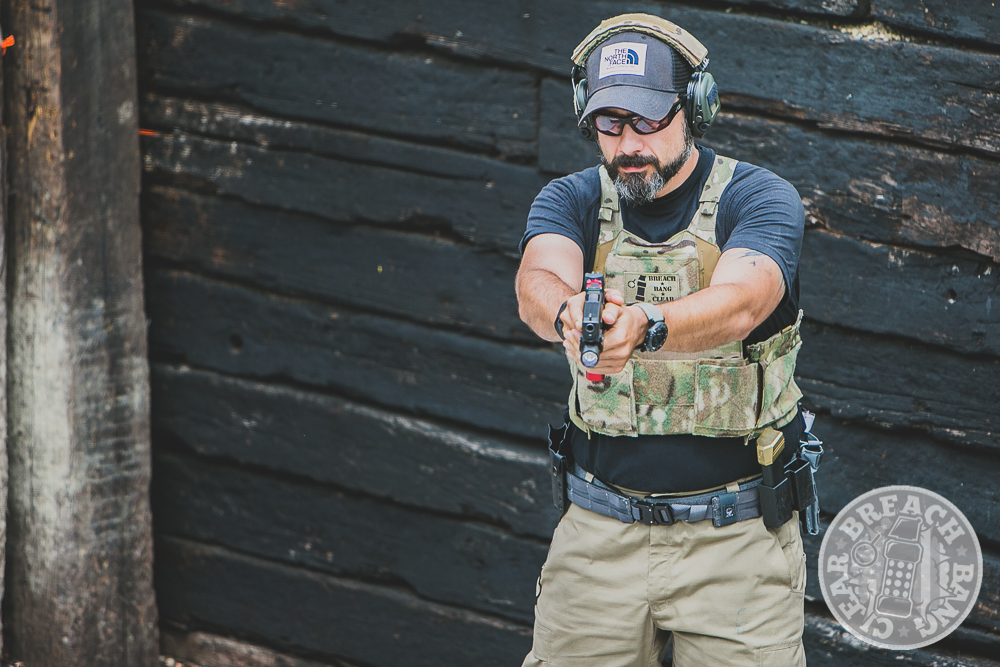 Sizing is a bit on the large side, so pay attention to the chart from the GGG website. Stagliano has a 36″ waist and the Medium fits very well. 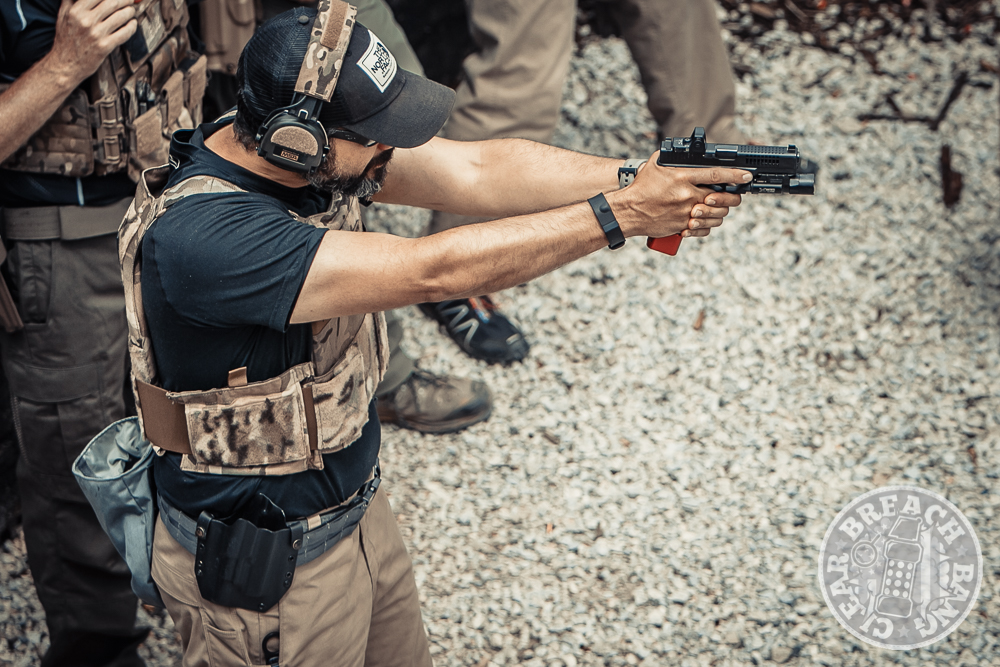 The UGF Battle Belt is available in Ranger Green, Coyote, Black, MultiCam and Wolf Grey. All the Grey Ghost Gear can be found on their website.