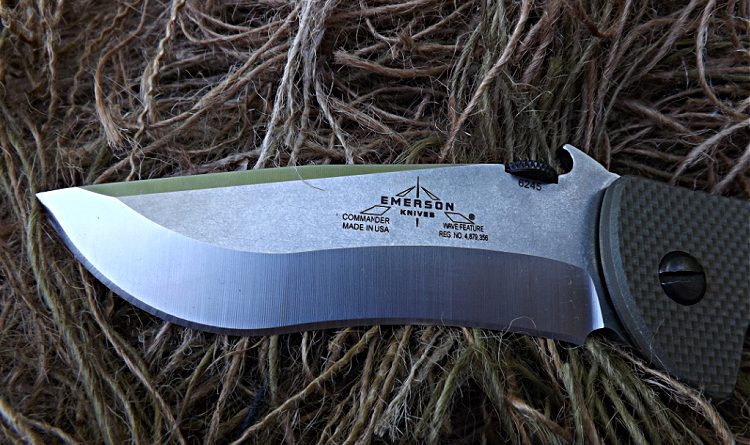 Like most people who appreciate good cutlery, I have a list of knives that I consider to be the top of their class, the icons that jump to mind when I think of my favorites. Ernest Emerson created three of my favorite designs, and this article will focus on one of those.

Back in the 1990s, Mr. Emerson was listening to prospective customers — special people who did special things on the Sea, in the Air, and on Land. Alright, I’ll spell it out for you if you haven’t figured it out yet – the Navy SEALs! They were asking for an aggressively cutting folding knife design, and Ernest Emerson stepped up to the plate to give them one in the form of a knife called the Commander. And verily, the SEALs were happy with the results. The original knife for the SEAL Teams was designated the ES1-M. A civilian version called the ES1-C (without the Wave) was introduced. The first Commanders rolled off of Emerson’s production lines in 1998, with the Commander being the third knife model produced by Emerson Knives, Inc.

No, we’re not talking about the wave that you see at a sporting event in the stands. The Emerson Wave Feature is a hook on the spine of the knife that was originally intended to be a blade catcher for knife combat. In short order, they figured out that the blade catcher also caught on the edge of the pocket when it was being withdrawn from the pocket, which deployed the blade as it was being drawn. The Wave Feature was born and is included in most Emerson designs to this day.

As for using that small hook on the spine to catch an attacker’s incoming blade, I don’t believe I’d be looking forward to doing that. I’ve faced blades in combat, and the last thing on my mind would be to see if I could hook a blade that’s flailing at me with a small hook on the back of my knife blade.

The Emerson Commander has an overall length of 8.75 inches, which falls into the Medium category of folding knives. It’s not huge, but it sure isn’t dainty! The blade length is 3.75 inches, made from 154 CM steel at 57-59 RC hardness, making it fairly easy to sharpen. The weight is 5.5 ounces and the blade is .125 inches thick, making it stout yet light.

This knife operates with a liner lock that is made from Titanium. The liner on the opposite side is stainless steel. A sturdy bolt comprises the action. And, speaking of the action on this knife, it is ridiculously smooth! There is no side to side play, and when opened, the blade smoothly glides open until it locks, as if gliding on glass. It is a thing of beauty to feel. Standoffs are used on the spine to hold the knife together, and these make it very easy to clean the knife due to the open design. I have friends who throw their Emersons into a dishwasher to clean them off, though I’ve never personally attempted that manner of cleansing.

Aside from using the Wave to open the knife, one can also use the thumb disc that’s on the spine of the blade, which is the method that I normally utilize when opening my Emersons.

A pocket clip completes the ensemble, allowing the knife to be carried in a variety of ways, the most popular just being clipped to the inside of a pocket.

The handle is made from G-10, which is extremely rough and grippy. Earlier versions of this knife had smoother G-10, but what is used on the current model that I received from Emerson is fairly abrasive. To me, that’s not a bad thing, as it facilitates a grip even under the wettest conditions. The G- 10 on my sample is OD Green in color, a nice touch that I find attractive looking.

The handle of this knife is five inches long. As with most Emersons, this handle’s ergonomics are outstanding, with finger grooves that are very accommodating. The end of the handle has a lanyard hole and is pointed for less lethal strikes.

Aside from being used by the SEALs, the Commander has seen action in every theatre of combat imaginable, being a favorite of military, law enforcement, and people who go places that are generally inhospitable around the world. The Commander was also the winner of the 1999 Blade Magazine Knife of the Year Award.

So how does the recurve blade cut?

I’m glad you asked. It cuts like no other knife edge I’ve ever used. The re-curve part of the blade seems to “grab” the medium that is being cut and sink into it with a vengeance. In fact, its cutting ability really defies written description. If I were limited to using one word to describe how it cuts, I’d say “Wicked!” — but even that falls short of being accurate.

Aside from being an absolute terror with its slashing ability, the Commander isn’t a bad stabbing weapon, either. Although it doesn’t appear to be very pointy, rest assured, it will sink into meat like there’s no tomorrow. Years ago, a friend decided to test the stabbing ability of the Commander. He took a large beef roast and performed a few slashes, then stabbed the roast. The results sent chills down my spine, so horrific were the cuts and stabs. You do not want to be cut by this knife!

Aside from the standard sized Commander, there are two other options currently in the pipeline: The Mini-Commander, and the Super Commander. The Mini offers an overall length of eight inches, with a blade length of 3.4 inches. The Super sports an overall length of 9.5 inches and a blade that is four inches long. For me, the standard Commander is great for overall use. Although the Mini- Commander is very compact and offers an insane amount of cutting potential in a modestly sized package.

The Commander — Efficient, Effective, and Trusted

I’ve owned a number of Commanders over the years, and not one has ever let me down. They are ruggedly built, with strong actions. It’s important that the user understands that these are not art deco knives with pretty, polished edges; these are tools, meant to be used in places that can’t always be talked about afterward. The fit and finish might not always be exquisite, but they function well all the time. I’ve heard some people criticize them because of a sometimes less than perfect finish, but to me, they’ve missed the entire point of why these knives exist and what they are used for.

The Commander gives the user an efficient, effective cutting tool in a light, reasonably compact package that is trusted by professionals around the world. Emerson’s motto, “Famous in the worst places” is not just words, but an idea that people stake their lives on. I’d like to thank Emerson Knives, Inc. for providing the Commander for this article.

Jim Davis has 8 posts and counting. See all posts by Jim Davis 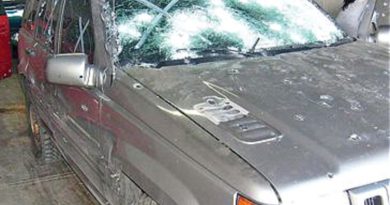 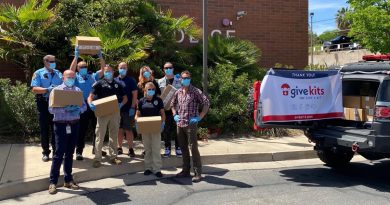 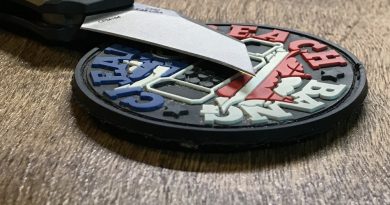