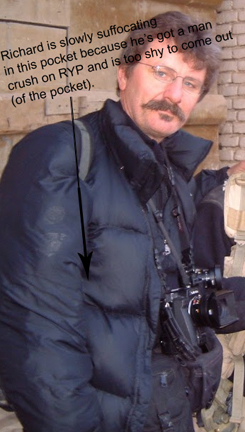 Assuming you have possess the perspicacious perception to follow our pontification (in which we strive for perspicuity) you already know that in addition to our appreciation for single dancing moms and for effective, reliable gear, we are attentive followers of RYP. We like Robert Young Pelton the way we like anyone who ever tormented Jack Idema – maybe even as much as fat girls love chocolate (though we don’t wanna eat him). In point of fact, few people know that on at least two different occasions we stowed away in his kit and tagged along. Slim once spent seventeen straight days under a pekol. No shit.

Anyway, as admirers of RYP’s frequently sardonic wit (and mustache) even if we occasionally disagree with him, we read Come Back Alive, the DPX Gear Blog and of course Dangerous Magazine (which is kinda the same thing right now). This video appealed to us for a couple of reasons, among them the fact that it was shot in the Phillippines. Since that’s where more than one of our handlers enjoyed some all-expense paid DoD vacation time it brought back some memories.

FYI, the DPX Gear Catalog is on Facebook if you want to check it out. Good kit. 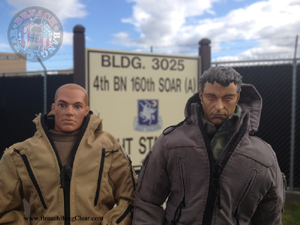