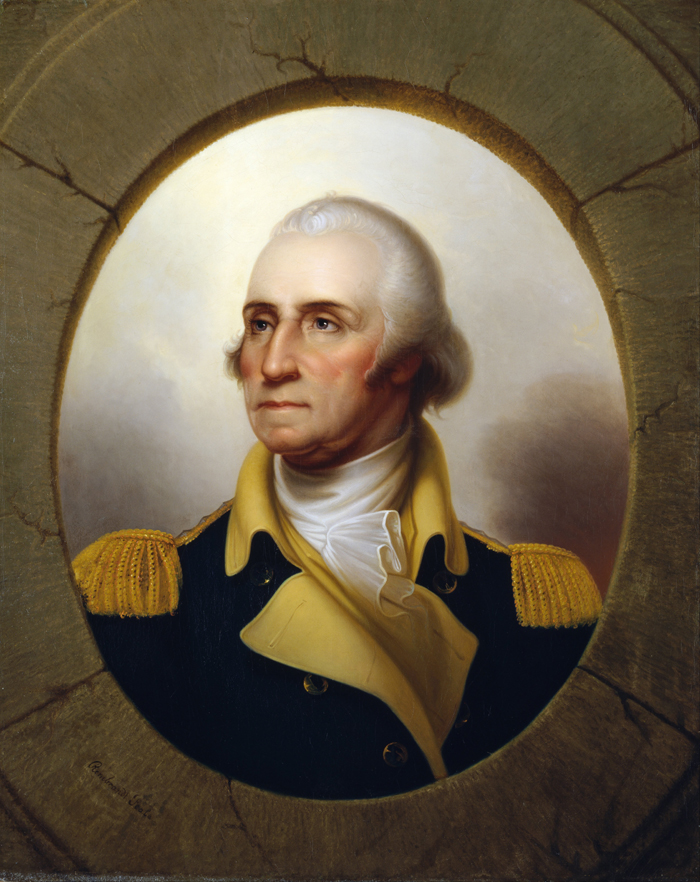 You know who was a legit American badass? George Washington, that’s who. Storied soldier, accomplished general…it’s not just that he led a ragtag army of badly trained, poorly equipped militia to defeat the world’s greatest superpower at that time. Think about it. He defeated the most proficient, most professional officer corps in the world with comms that moved at the speed of a courier on horseback. He whipped them despite inferior numbers and inadequate firepower, often leading from the front, and demonstrated incredible tactical and strategic acumen while campaigning in some of the worst weather on record. 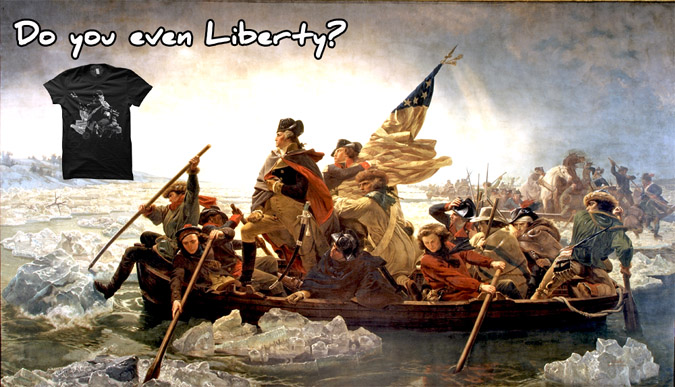 He was an honest to God courageous leader of men who once had two horses shot out from underneath him in the same day and later prevented a rout while standing so close to the English line he was concealed from view by the smoke from their muskets. If his balls had been any bigger he’d have had to pay property tax on them – if, you know, they’d had property tax then. A man of immense vision, after winning the war he presided over the big get-together that drafted a little thing called the United States Constitution and later warned everyone to beware of partisanship (including the dangers of political parties), to remember the need for the separation of powers and to always maintain a sense of identity as Americans. That’s something a lot of people could stand to remember nowadays.

We are big fans of George Washington. Too many people forget just how awesome the father of our country was, so we’re proud to announce our newest shirt design. It features the warrior-president President George Washington prominently upon it (with a slightly more modern look when it comes to his loadout). 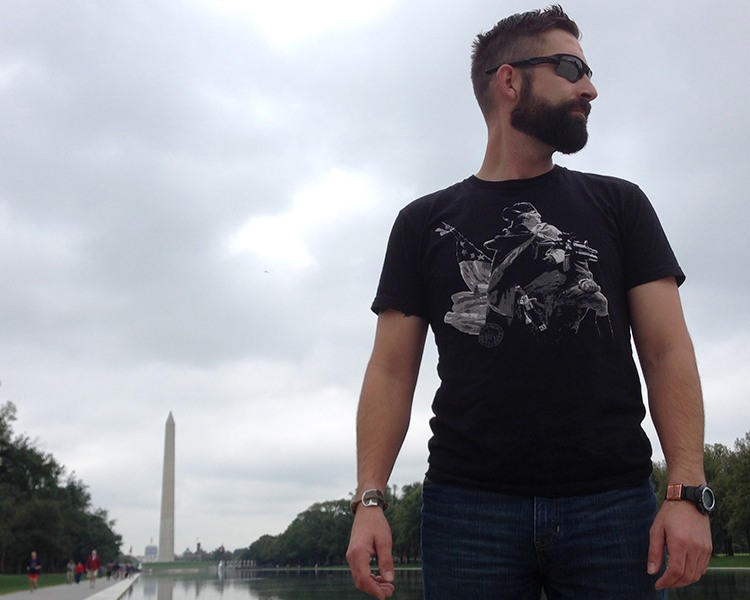 This shirt, available through Knife Hand Apparel, is our homage to the Badass of the Battle of Braddock, a genuine warrior. He was our first Commander -in-Chief and (unanimously elected) President of our Republic, a General of the Armies of the United States, victor of the American Revolutionary War, and – perhaps just as importantly – the man who established the precedent that the military should always be governed by elected civilian authority and the idea that a president’s tenure should not exceed 2 terms. 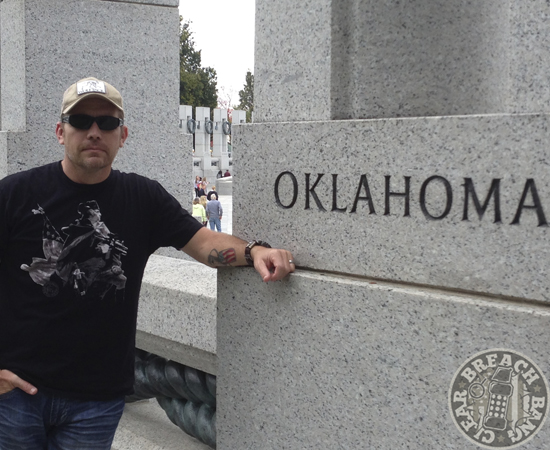 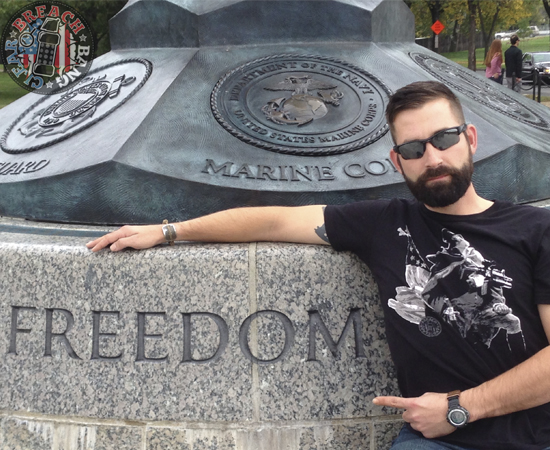 God bless you sir and thank you for service to this nation.

Read more about him here.

Oh, and the shirt is also available in red for RED Friday. 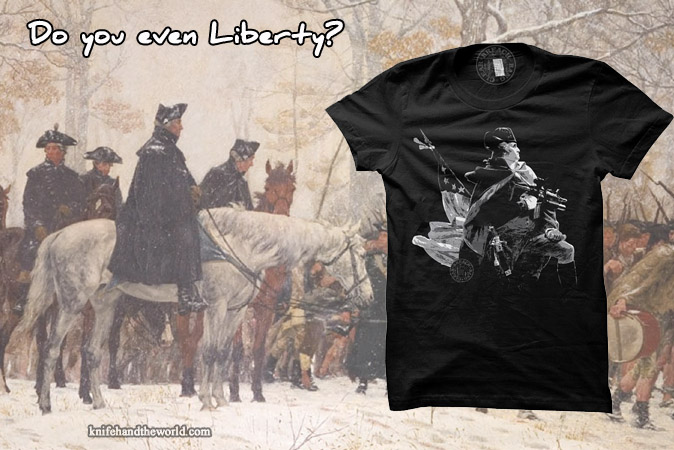 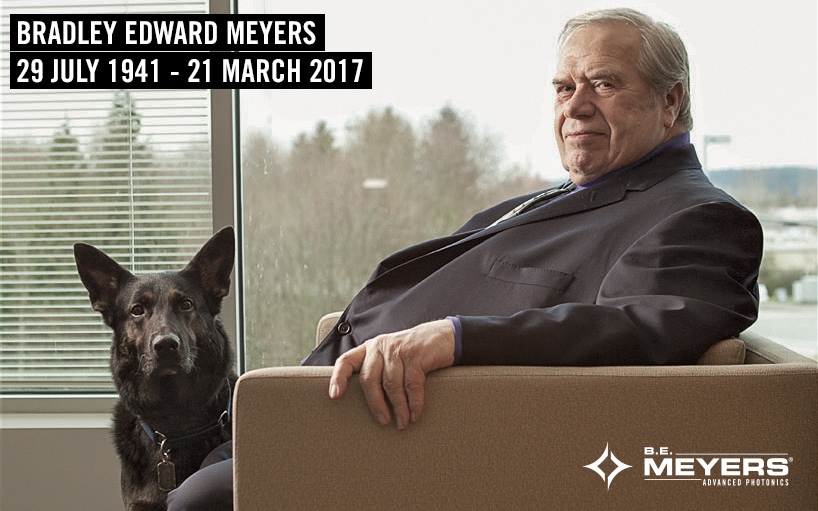 Women in the Wasteland | the 2019 Clayton Haugen Calendar

One thought on “Do you even Liberty?”