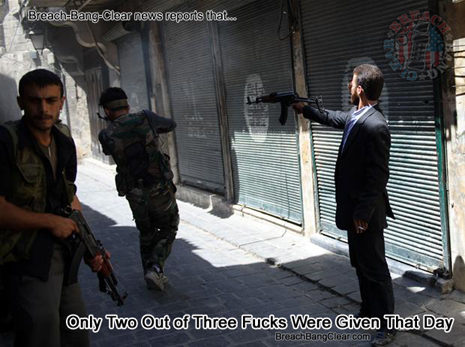 From Dangerous Magazine. Syria: Wish You Were Here?

“Dirty wars attract a wide variety of odd types: Volunteers, journos, freedom fighters, NGOs, businessmen and even tourists. The traditional concept of war as one group of soldiers battling another until the other side surrenders or is vanquished is long outdated, as are many of the traditional roles associated with such a conflict. Among traditional wars have been the so-called neutrals—journalists, aid workers, NGOs and supposedly civilians protected in battle by The Hague or after capture by the Geneva Conventions. Today’s wars make few distinctions between combatants and non-combatants, warfighter and peacemaker, observer or participant. Researchers will find few clearly delineated targets. The traditional barriers and lines that define players on the battlefield have also blurred.”

“In the case of journalism, the lines are thoroughly muddled. The roles and positions of citizen journalists, official embeds, propagandists, counter propagandists, hackers, hoaxers, unilaterals and credentialed media are no longer discrete. The NGO and humanitarian world finds itself powerless and targeted, with even the UN scrambling for cover, its workers being kidnapped by the dozen.  There is currently no better place than Syria to delve into these rapidly shifting roles of communication.

You should read the latest installment of Dangerous Magazine.

Meanwhile, this is entirely inappropriate: 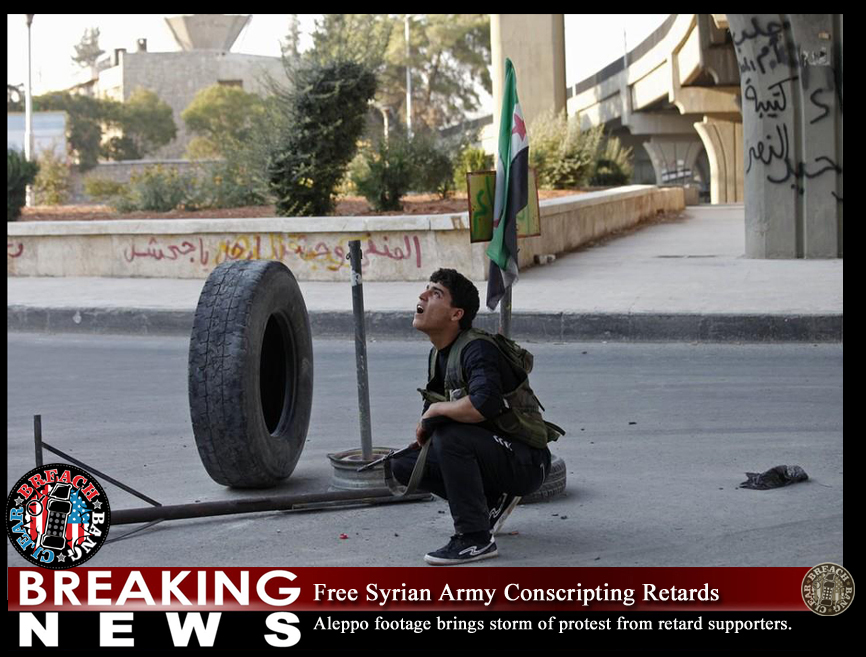