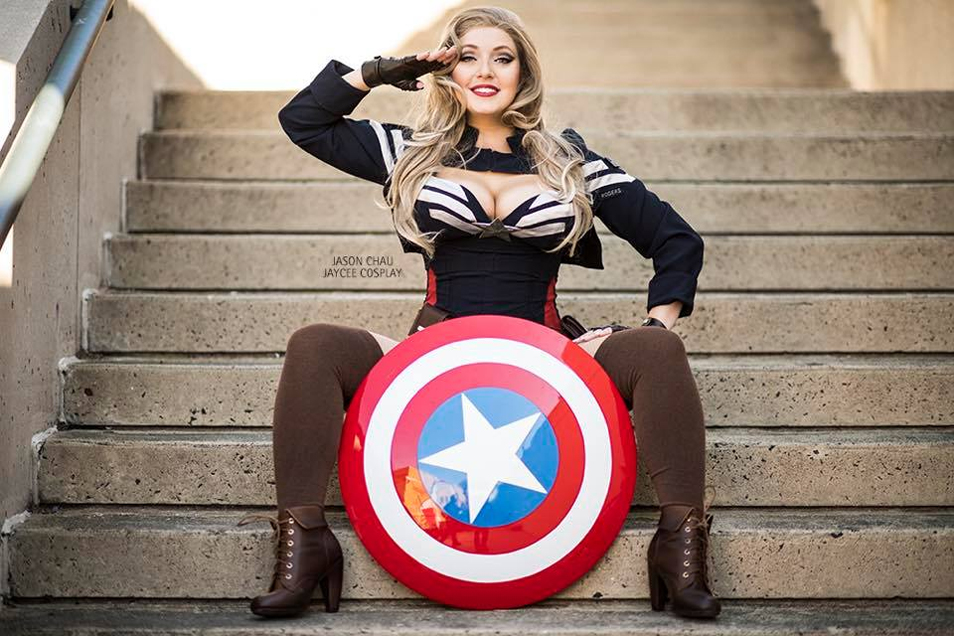 Captain America Civil War had its general release last night. Today we’ll give you some random thoughts on the movie from one of our occasional contributors. He’s an EOD tech turned novelist with an eerie talent for discovering weird shit on the internet. It seems particularly apropos to run this today since it’s National EOD Day. What does any of this have to do with the bosometric and boobalicious Captain America above? Not a damn thing. We just wanted to get your attention. Mad Duo

You are correct, sir. That picture up top is Jaycee Cosplay in a pic by Jason Chau Photography, bee tee dubs.

I have some thoughts about Captain America, in no particular order:

»This goddamn Marvel logo gets longer every movie.

»They need to make the title cards showing the location of the scenes a little bigger. They were only like fifteen feet tall.

»Fortunately for Black Widow, the bad guys chose to use some kind of long-delay, clockwork (??) hand grenade that produces no frag. (Yeah, no, her brains would be leaking out of her ears.)

»I wish ScarJo would wrap her legs around MY neck. Even when they put her in drab business attire she looks like a naughty librarian. She could shush me any day. 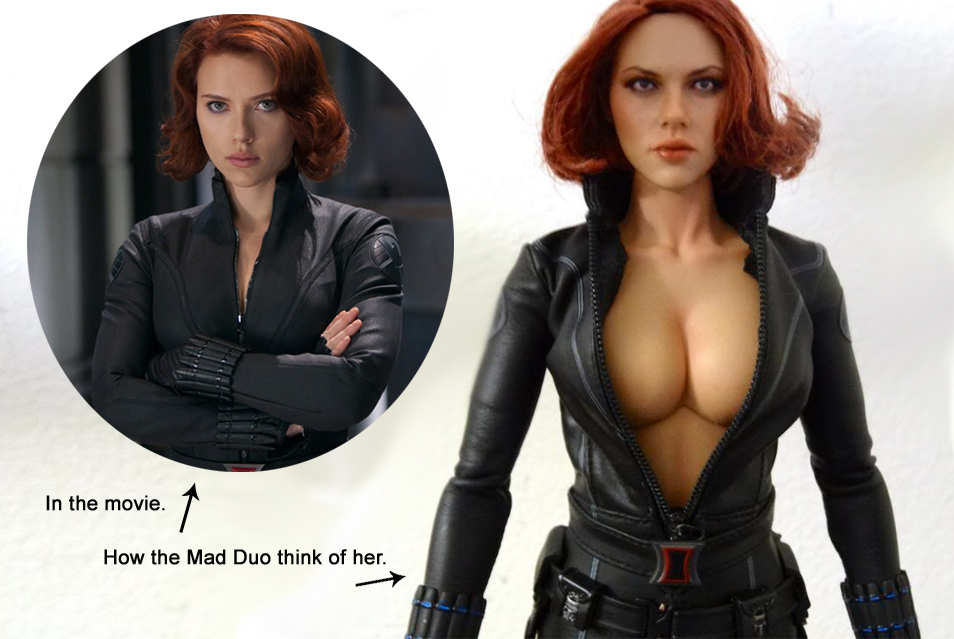 »Dean Pelton is really moving up in the world. MIT is a long way from Greendale Community College. ‪#‎6seasonsandamovie‬

»”Vision” is my least favorite character. He’s like Dr. Manhattan with a British accent and without (thankfully) the dangling blue CGI penis.

»Eastern European Red Magic Girl is my favorite because of her outfits and her ridiculously fake Russian accent.

»I haven’t seen Ant Man or the first Hulk film so I didn’t know who those guys were at first.

»Cap, Bucky, and Jet Pack Guy made awesome bros. A whole movie about them on a road trip would be fun to watch.

»Is Colonel Rhodes, like, still in the Air Force? Did they just let him keep the suit to go join the Avengers? Why is an Air Force officer signing a UN accord?

»Seriously, though, I wouldn’t have signed it either. Fuck the UN.

»Speaking of…Black Panther? And he’s an African guy? Really? Also, does he have superpowers, or is it all his suit? Is he like Tigeriffic who can’t do anything without his tiger suit? He looks like Batman Beyond.

»It’s convenient for the plot that Ant Man can convert mass to energy or whatever without blowing anything up. Did they ever try to explain how he gets teeny?

»Spider Man was great. I agree with Tony Stark, his aunt is suspiciously hot. MILFy hot.

»Tony’s relationship problems with Pepper are because the actress didn’t want to be in the movie, aren’t they? They should have just replaced her with another actress. As long as she’s also a white chick, close enough, right?

»I liked Tony Stark better before he was all moralizing.

»Cap needs to use guns. They all need to use more guns.

»The economy must be doing great in Avengers world if the Navy can afford a submersible doom fortress.

»They managed to find a Secretary of State who was less likable than John Kerry (besides Hillary Clinton).

»Did Hydra work with the Soviet Union, or…?

»Apparently in 1991 the Russians had flat screen monitor technology.

»Lots of convenient deflecting bullets with super armor in this movie.

»How come arc reactors aren’t powering everything by now?

»”That thing does not obey the laws of physics.” Peter Parker would be good at Cinema Sins.

»Bucky would have an easier time not being made if he’d lose the mullet. He looks like a carney like he should be running the Tilt-A-Whirl. 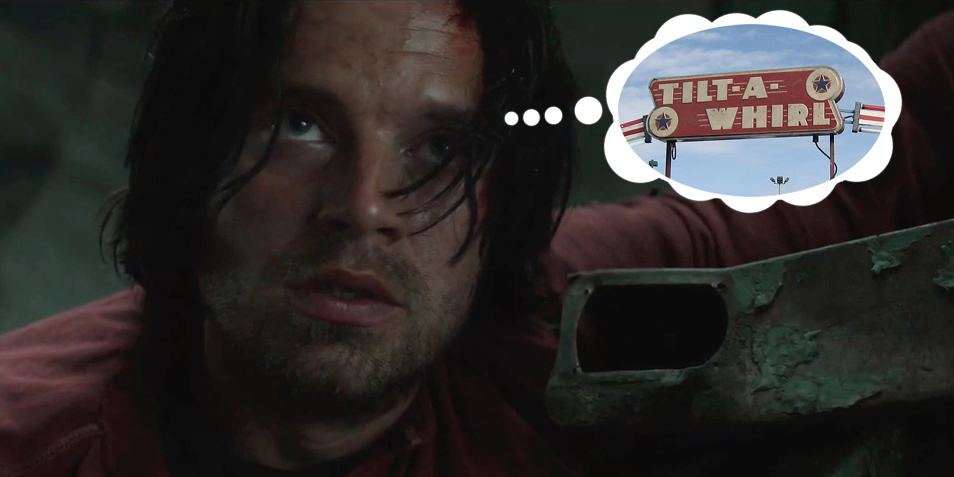 »Also, shoot out the camera BEFORE you dramatically murder people. Also also, why is there a camera on the side of a random stretch of road in 1991?

»Cap’s new squeeze is not old enough to be the niece of a World War 2 vet. She’s roughly the same age as me and my dad was born in 1938.

»Also, is it weird to boink the niece of your ex-girlfriend? I feel like that’s weird. Also again…super soldier endurance. He’s gonna break the poor girl. Especially after, what, seventy years? Wait. Is Cap a virgin?

»What a fun movie. Now it seems really dumb that they put Deadpool in their stupid, convoluted X-Men timeline that no one cares about. 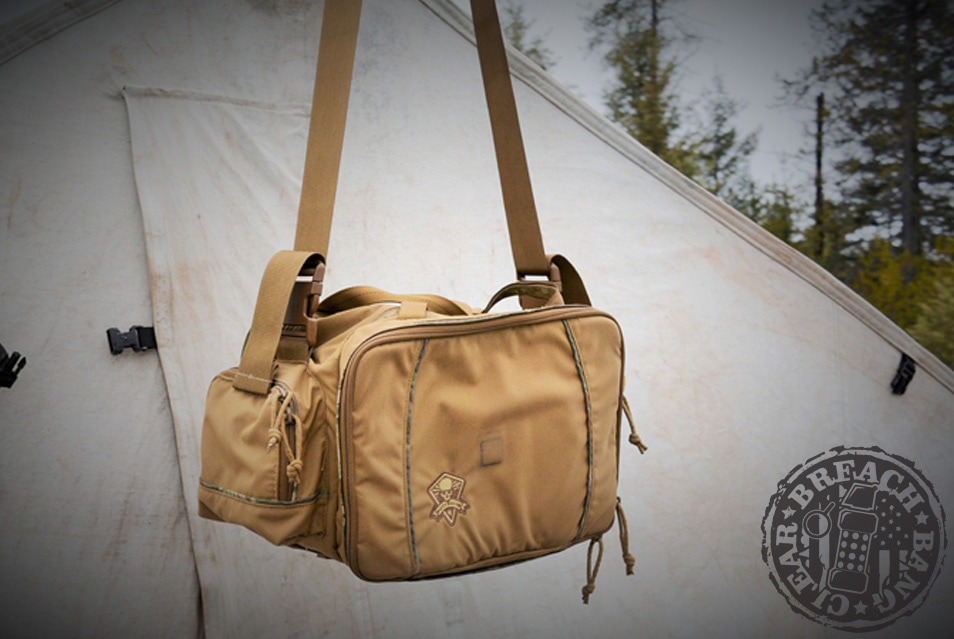 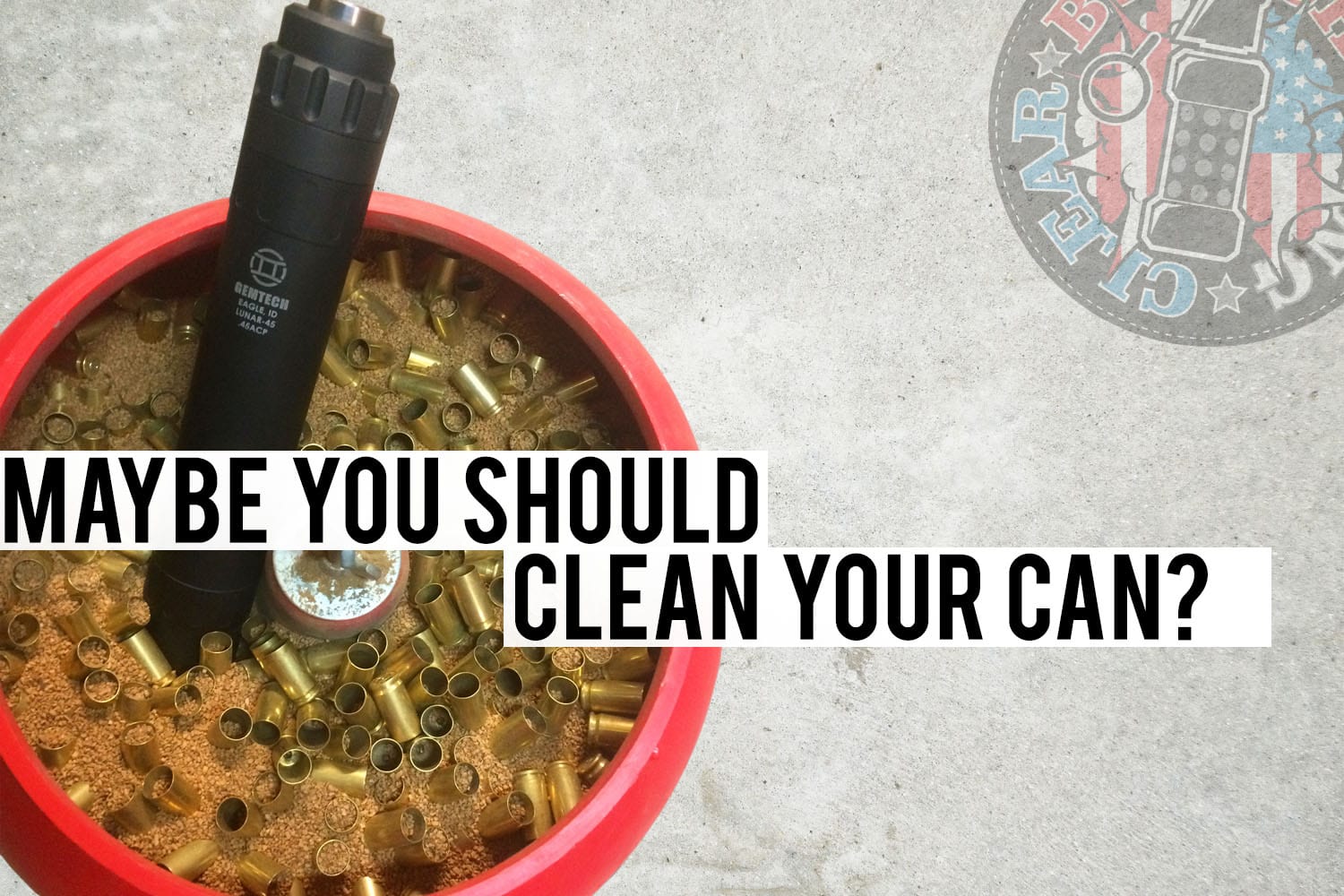