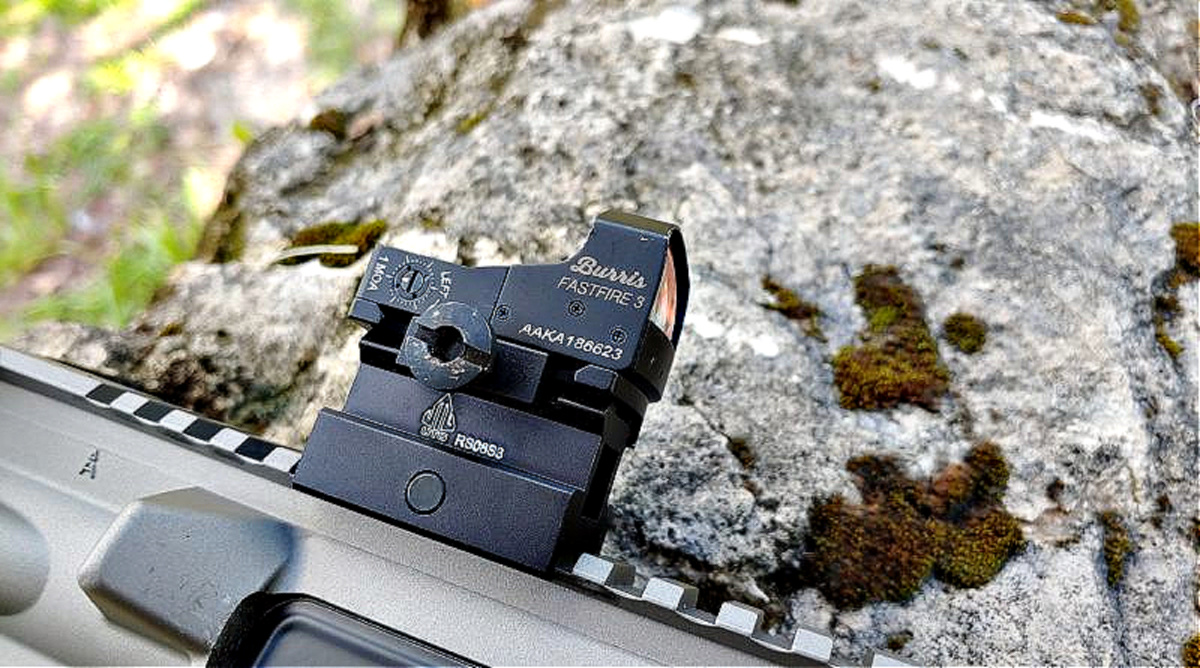 Mini red dots are popping off these days, or well, popping on. By mini red dots, I mean dots small enough to squeeze onto a handgun. Trijicon, Leupold, Holosun, Swampfox, Docter, SIG, Burris, and many more I’m missing are becoming super popular. They are versatile and can be used on handguns, shotguns, rifles, and even mounted on magnified optics for a close-range option. I own a few, and the one I use the most is the Burris Fastfire 3.

I picked this optic up super cheap at my local gun store. He had gotten a ton of Burris optics in at great prices, and I couldn’t say no. The Fastfire 3 went on to become an optic I used when reviewing firearms. I keep a few variants of cheaper optics about, and they jump from gun to gun when I’m doing reviews or tests. The Fastfire 3 has served on a lot of gats, and I’m honestly impressed at what its withstood.

The Burris Fastfire 3 is a simple optic with a single button that acts as the on and off button. A long press will turn it on, and a long press turns it off. There is an 8 hour time out mode that will shut it off in case you forget. I forget all the time, and it’s handy. There are three brightness settings and an automatic mode. Manual adjustment requires a short press to cycle through each setting. The auto setting is quick and responsive and works. 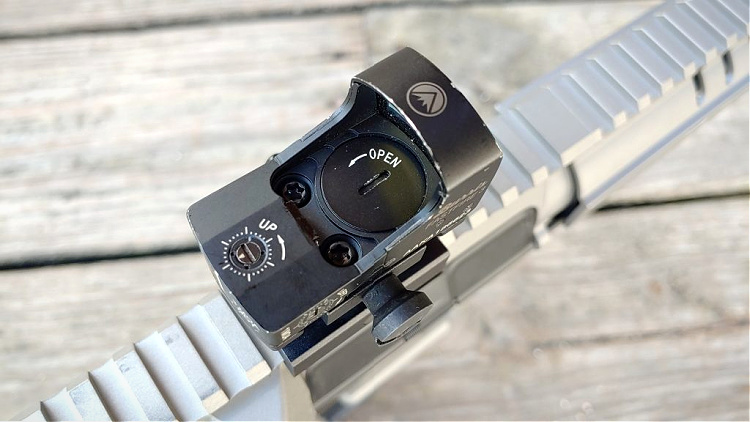 The Fastfire 3’s battery can be changed without removing the optic. This is something even Trijicon can’t seem to figure out. The small battery cover removes with a flat head tool for easy battery swaps. Different variants exist, but this is the 3 MOA model, and it’s better used for long guns than handguns.

The dot itself isn’t super crisp, but it’s more than serviceable. The three brightness levels are more than suitable for most shooting environments. It’s bright and capable for high noon in Florida.

Burris also loves to back up their optics. Burris makes mounts for the Fast Fire 3 that fit tons of guns. We got an included Picatinny mount, but also dedicated handgun and shotgun mounts. Handgun mounts replace the rear sight and allow mounting without milling. Burris makes these mounts for SIGs, Glocks, 1911s, Beretta’s, and more. Heck, there is even a dedicated Marlin 336 mount. 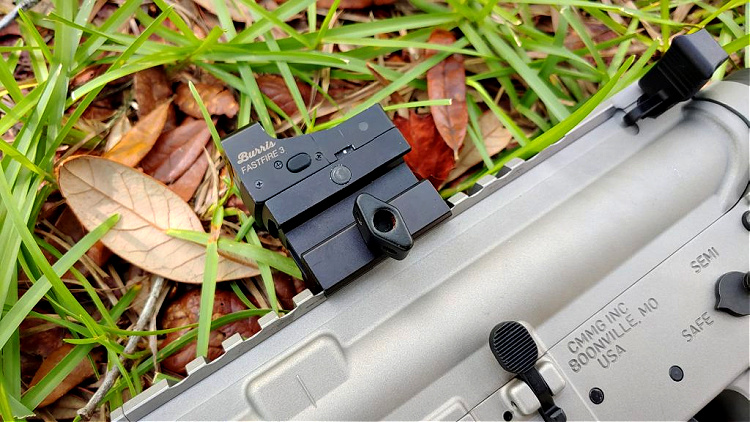 Shotgun wise there is a Fastfire 3 mount that attaches between the stock and the receiver of the gun. This allows you to mount the optic without a tapped receiver. These SpeedBead mounts are available for Remingtons, Berettas, Benellis, and more.

The Burris Fastfire series rounds out their mount selection by adding wings for increased protection, QD mounts, and more.

I beat the hell out of this thing. Because of the lower price and the fact it’s advertised as a sport optic, I have never designated it for a serious gun. Instead, it has become my favorite go-to for guns I receive to review. Outside of precision rifles, the Burris Fastfire 3 works for everything. It uses a common mounting platform, so it fits on guns with mounting systems like the Glock MOS systems. It spent time mounted on my Polymer 80 80% lower build. 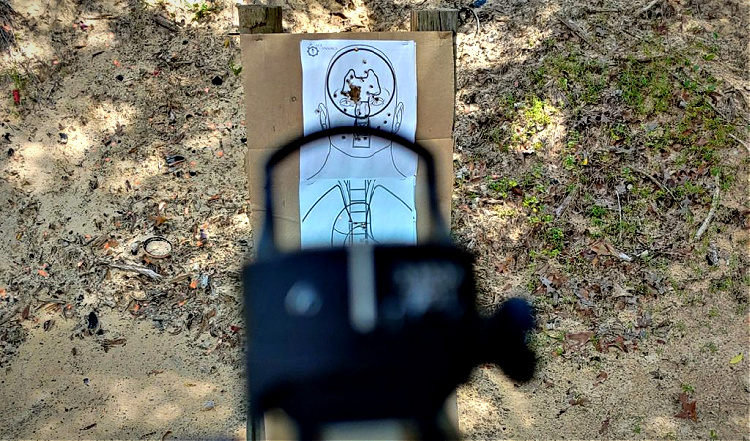 The optic comes with a Picatinny mount, and that mount makes it easy to universally mount on nearly any gun. I’ve tossed it on multiple handguns, rifles, and shotguns and fired thousands of rounds through it. The optic has yet to find a caliber or specific gun that chokes it up. It doesn’t flicker or fail regardless of what I’m doing with it.

It’s been dropped more than once… on a gun. Been packed from traveling, and even it’s also been bumped around the T&E safe for quite a bit. It’s gotten some nicks and abrasions, but the lens is clear, and it keeps keeping on.

What’s It Good For?

What do I think the Burris Fastfire 3 is good for? It might not be up to Trijicon levels of durability, but damn, personal experience says it’s a tough hombre. I wouldn’t carry it to war but would be comfortable with it on a home defense weapon. Those looking to get into handgun red dots can try it out on the cheap, and those looking at the competition or sporting side of it can count on it. 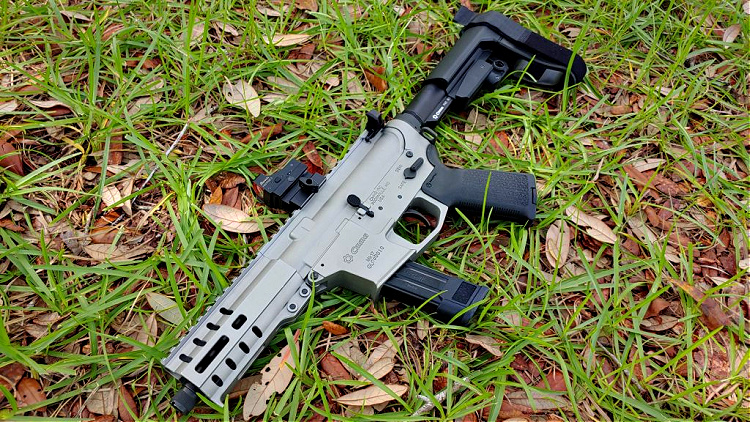 Don’t forget hunting since it easily mounts to shotguns and sporting guns like the Marlin lever guns. Burris made the Fastfire 3 a robust sight and backed it up with lots of modular options, and it’s appreciated around these parts.