Brass Knuckles – A Fist Full of Pain from Empire Tactical 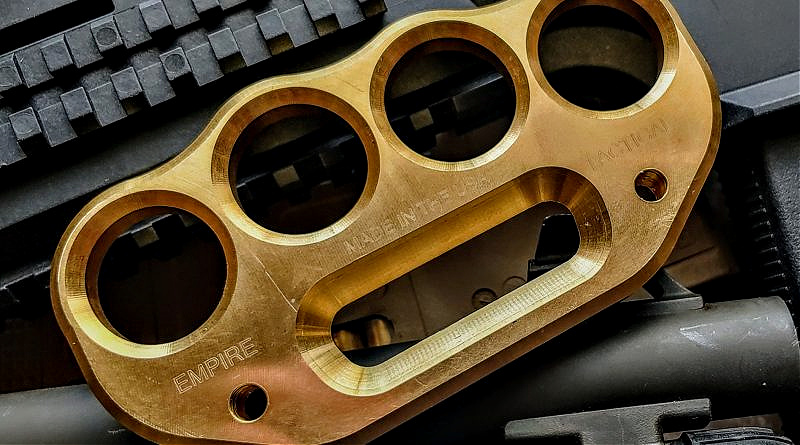 I love this country. I love that if I want something I can get it, and can get it at every price point imaginable — like brass knuckles. I, like many reading this, probably bought a hundred pounds of Chinese pot metal worth of flea market weapons when I was a kid. One such weapon was a pair of brass knuckles. Of course, they weren’t actual brass, they were some junk steel that undoubtedly causes cancer and wall licking. Recently I decided I wanted a real set of knuckle dusters, and that meant I wanted actual brass in my brass knuckles.

“Brass knuckles” has become a popular catch-all term for knuckle dusters. Even though they are rarely made from brass these days, the term stuck.

Because this is America I had absolutely no issues finding such a dangerous tool of destruction. Mine came from a little company called Empire Tactical. Empire Tactical is owned by a Marine infantry vet who specializes in fun, dangerous things — like a crayon eating Q from James Bond if you will.

As long as people have been punching each other they have been finding ways to do it better. Brass knuckles come from a long tradition of fist-based weapons designed for close-quarter combat. Since history started in 1776, we’ll focus on the American aspect of brass knuckles.

The War Between the States

The Civil War was a bloody war that saw one of the first uses of modern knuckle dusters. These became popular tools for close-quarters fighting and were easily made by campaign blacksmiths.

Apparently, Abe Lincoln’s bodyguards were also fans of knuckle dusters and went to the bar during plays. The Ford Theatre heritage sight has one such set displayed, though they don’t appear to have been used there. 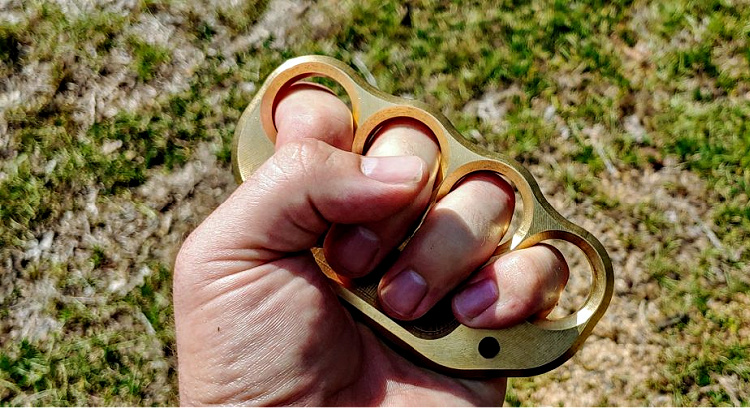 World War I and II

Going into the First World War, trench combat proved to be a bloody terrible affair. The United States military issued knives to its soldiers with brass knuckles attached, and they were a popular choice among soldiers for private purchase.

This tradition followed suit into World War 2 and soldiers frequently carried them. If you’ve seen Band of Brothers they also got a mention by Corporal Toye.

Hell, there is a famous photo during the Invasion of Iraq with a fireteam set out among a series of dunes and one soldier or Marine is noticeably equipped with a set of brass knuckles looped into a pouch. 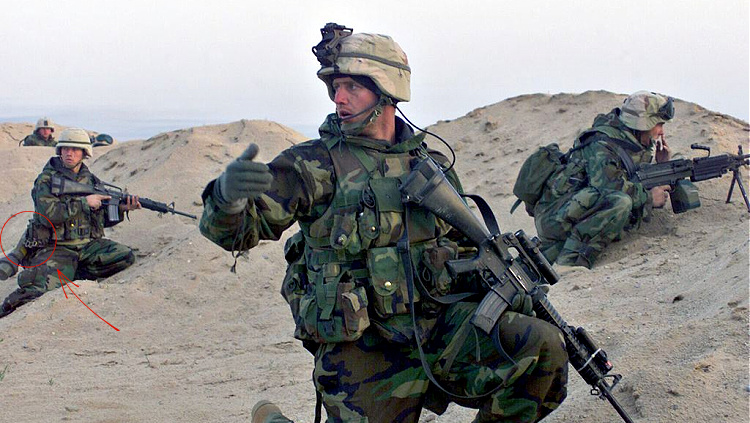 People who punch people like to be able to punch them harder, and with much more force.

Most of those cheap, pot-metal knuckles are nothing more than decorations but the Empire Tactical knuckle dusters are the real deal. I mean technically they are a bottle opener, but I wouldn’t rely on that technicality in a court of law if you know what I’m saying.

These knucks are CNC machined from a solid bar of brass and like all brass it does require you to keep them cleaned and polished. Do you guys remember Brass-O from boot camp? Well, get your ass-o some to keep these things looking fine.

They weigh a pound — a freakin pound. Add a pound of brass to your knuckles and you get more kinetic energy per punch. You get metal that can break and tear the skin, and you are also protecting your hands from the hard skull of your enemy.

The palm swell at the bottom is designed to be braced against the inside of your hand. This keeps the brass knuckles from coming back and hurting your hand as well as protecting them from whoever you are punching. This allows you to keep breaking heads without breaking hands.

You want that swell pressed into your palm and pushing the finger rings forwards. This way the force is absorbed into your wrist and arms without breaking your teeny tiny finger bones. The good news is they open a bottle regardless of how you hold them. 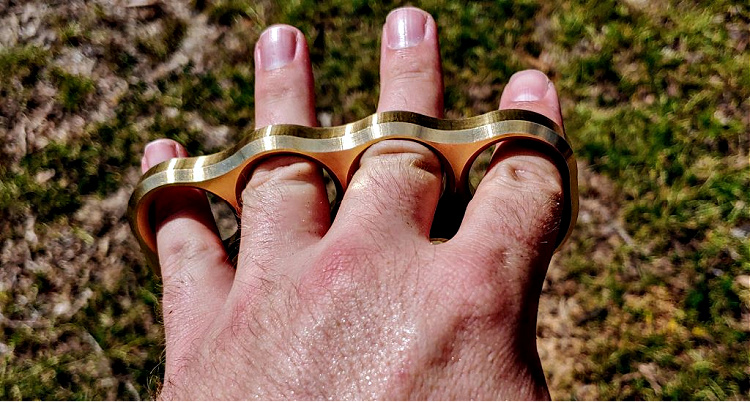 Without a doubt, these are lethal weapons that can very easily kill a person. That’s probably why they’ve been banned so often. Most states ban the carry, but not ownership of knuckles. although Texas allows you to carry them. Before buying a set it might be wise to know your state’s laws. The laws than ban knuckle dusters for carry are typically just outdated laws written before modern concealed carry laws came into play.  Why would you carry knuckles when you can carry a gun? It seems absurd and it’s just because no one (except Texas) has updated their laws.

Empire Tactical – Brass and Beyond

Besides the brass models, you can also get aluminum models. They are lighter at only 5 ounces and a little cheaper, aluminum holds up after my terrible milling when it comes to 80% lowers. Still a punishing stinger. It’s wise to learn how to wear them. Remember they are not rings and so don’t wear them like rings.

Check out the Empire Tactical Brass Knuckles Beer Bottle Opener. It’s a great way to crack both a cold one and a hot-headed one.

You may also like: Brous Knives: Epic Old School and The French Apache.